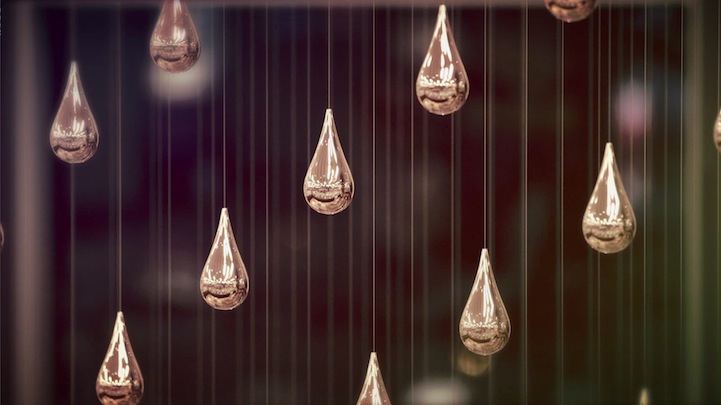 If you're ever walking through Changi Airport in Singapore, make sure to take in this breathtaking art installation by ART+COM. Called Kinetic Rain, it's composed of two parts, each with 608 rain droplets made of lightweight aluminum covered with copper. Suspended from thin steel ropes, each droplet seem to magically float as they move precisely with one another, thanks to the help of hidden computer-controlled motor. The whole choreography takes 15 minutes. The two parts move together in unison, as ART+COM states, “sometimes mirroring, sometimes complementing, and sometimes responding to each other.”

We got in touch with the folks over at ART+COM to ask them a few questions about the installation. First, how difficult was it to make? “The creation of the installation was complex insofar as it involved many specialists working hand in hand with one other. At ART+COM Studios, we work in interdisciplinary teams so that we can develop or design the projects and work on the technology at the same time. Thus, we avoid late compromises to the design caused by technological factors.

“In the case of Kinetic Rain, one of the main challenges was to build the appropriate set of tools in order to design the choreography of droplets, as existing software could only be used for some steps in the design process. Once we had managed to build our software, the design of the choreography became easy. In order to test the movements and forms beyond the 3D-simulation, we built a large test set-up, which provided useful results and that assisted with creating the final design.”

Why was it commissioned? “Changi Airport Group (CAG) asked us to conceptualize an artwork that would be representative of the refurbished terminal and that would respond to its theme, ‘Tropical City'. It would have to keep with Singapore's status of ‘garden city,' where rain is very much a part of the tropical climate.

“When CAG decided to upgrade Terminal One in 2008, they were mindful that people have fond memories of the terminal including the old Mylar Cords, the circular curtain of water that straddled three stories of the building. They wanted an art sculpture that was able to add the signature touch linking back to Terminal One's illustrious past but in a new and exciting way. The concept of Kinetic Rain was our response to this clear brief that described very well the cultural context in which the new artwork would be placed.”

Are there any secret stories behind it? “We developed two ideas almost in parallel. While we were looking into the possibility to use reflective metal blades that would generate dynamically changing shapes and patterns of reflection, we were also considering working with droplets that could be raised and lowered individually to form three-dimensional shapes. The latter concept was closer to a piece that we created for the New BMW Museum in Munich, called Kinetic Sculpture. In the end, we concluded that the droplets would be a more suitable response to the terminal's theme and history.

Finally, how many figurative three-dimensional forms does it take? “The installation shows eighteen forms altogether of which seven are more figurative: a space shuttle, a dragon, plane with clouds, balloon with kite, a jumbo jet, a swarm, and rain.”

Make sure to watch the video below to see this beautiful installation in action. 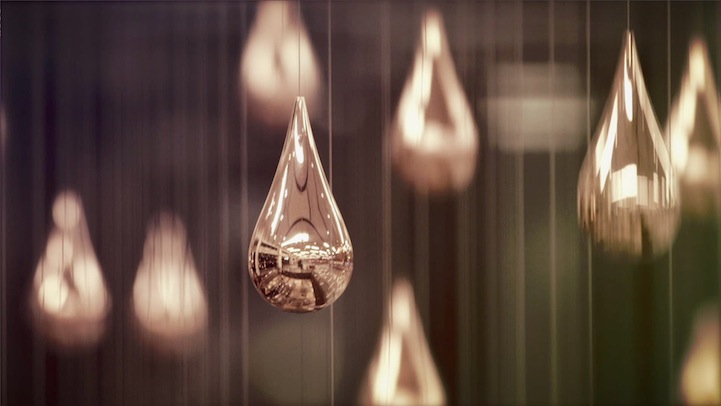 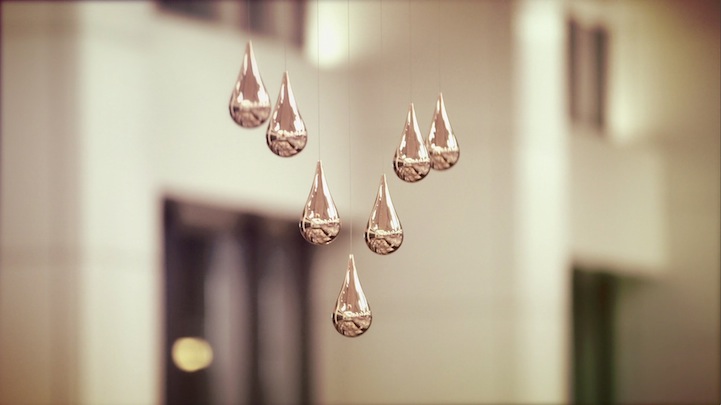 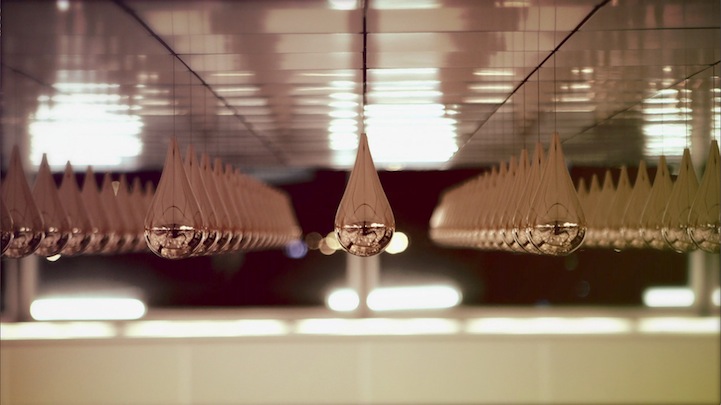 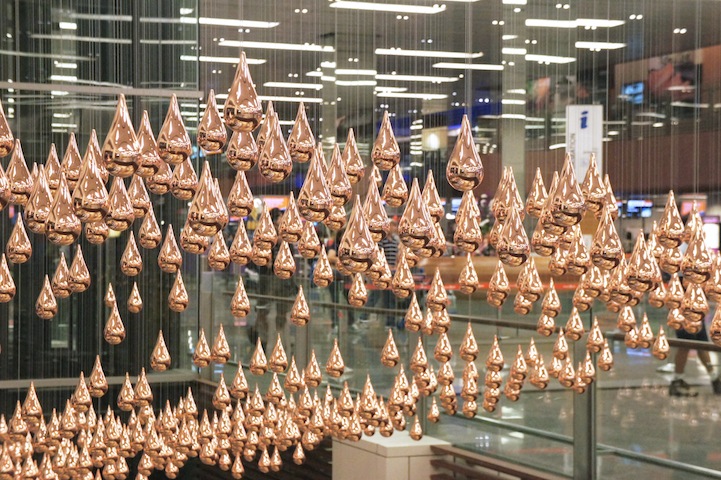 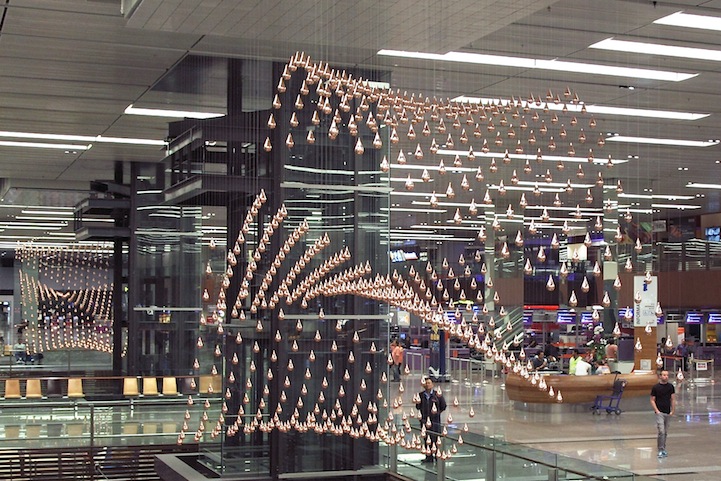 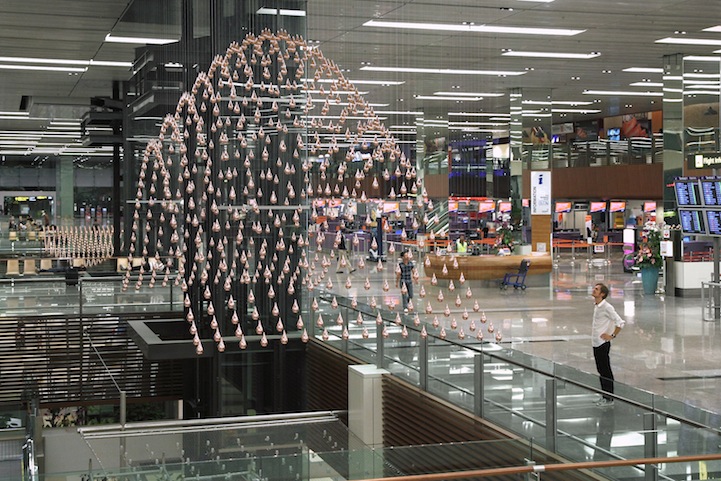 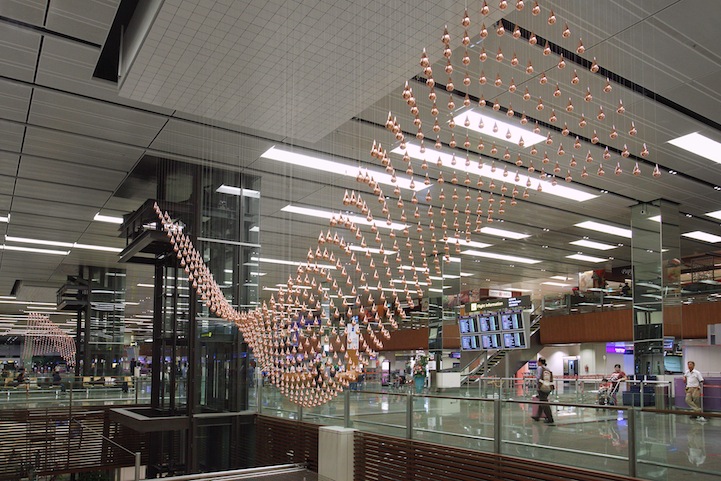 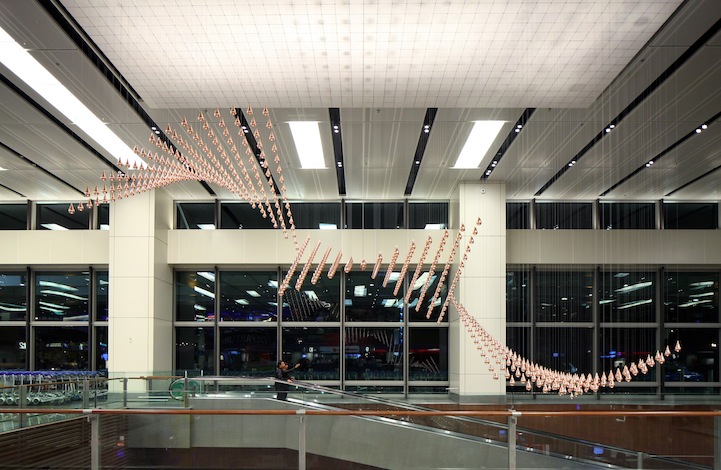 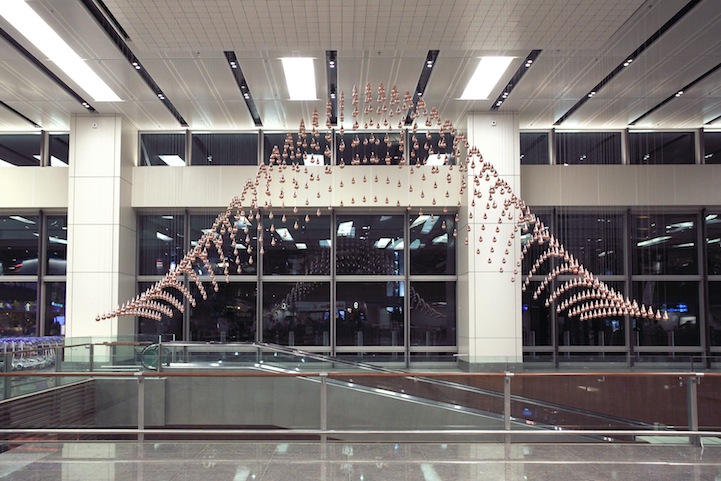 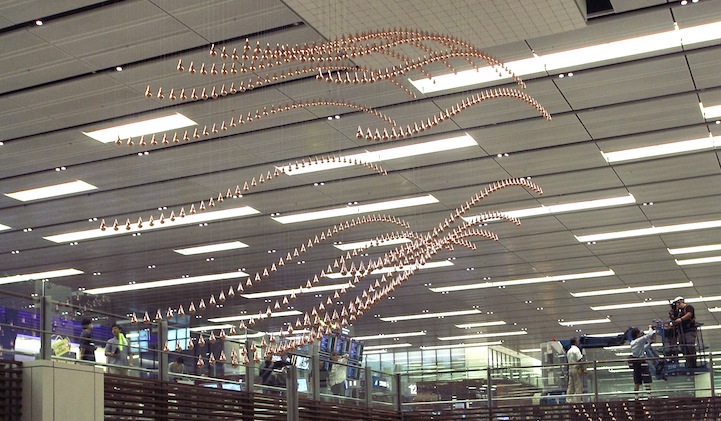 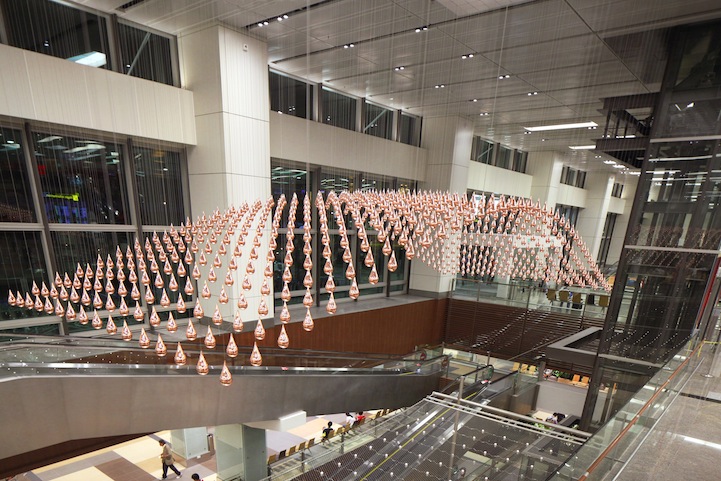