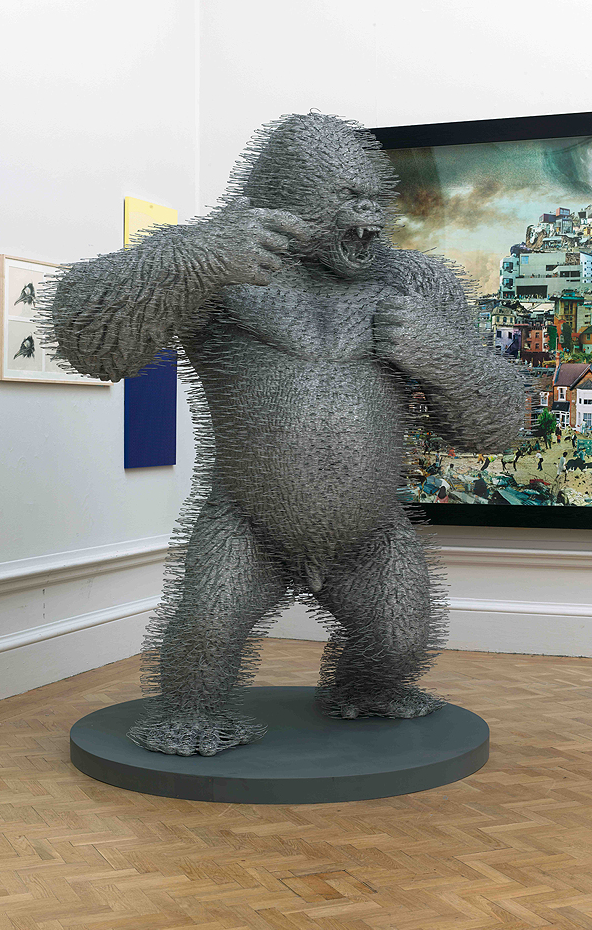 Art lovers in England are going bananas over David Mach's latest sculpture. “Silver Streak” is currently on display at the Royal Academy Summer Exhibition in London. The enormous sculpture, valued at nearly $400,000, was made from 3,000 coat hangers that the Scottish-born artist welded together after buying in bulk.

“I like to use very ordinary materials, materials that are in everybody's lives,” says Mach. “A coat hanger is not something you would give a second thought to, but then we take them and reinvent those things.”

Mach spent 3,000 hours constructing “Silver Streak” and says it's his second attempt at a gorilla sculpture. Because of its resemblance to the immortal King Kong, he thinks it may have more resonance.

“We had already made a first gorilla on all fours,” he said. “It was never meant to be a Kong figure, but there is no getting away from it. When you stand a gorilla up like that, it becomes a King Kong. I'm happy about that. King Kong is an iconic image that would cross borders. 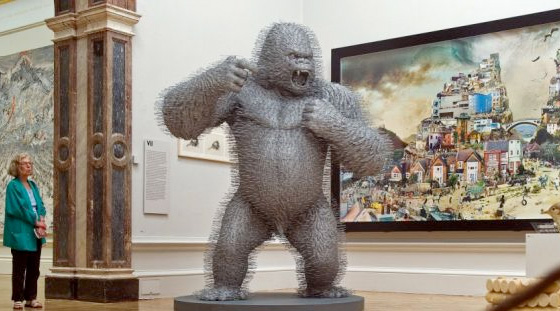 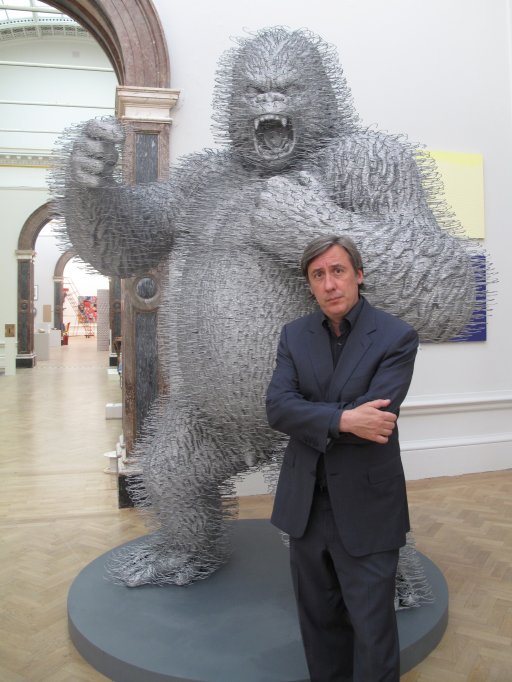 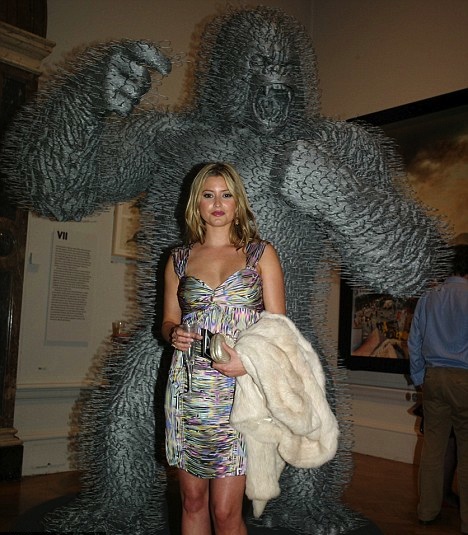 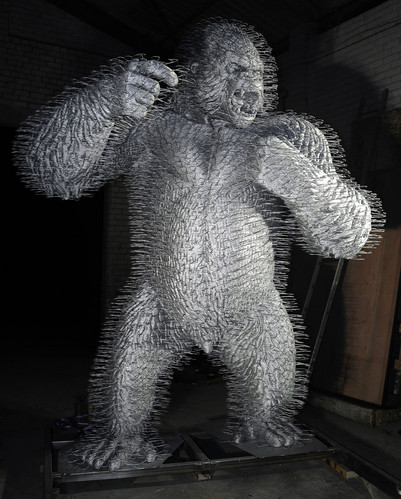