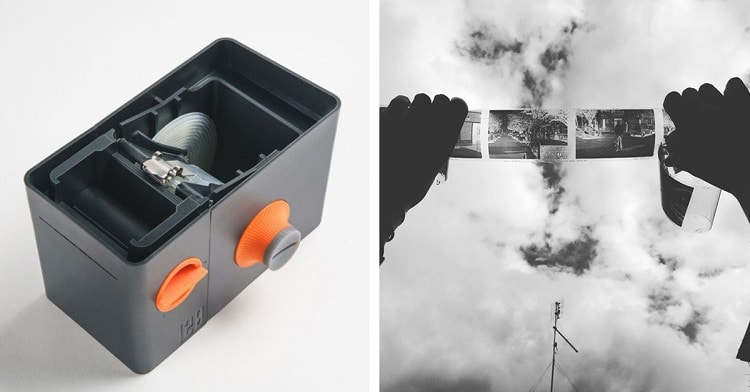 With the advent of digital photography, developing your own film is becoming something of a lost art. One of the hurdles to doing so is having a dark room to initially load your film for processing—without the danger of exposing it to light, and thereby ruining the film. (And if you’ve ever done this, you know that it takes some practice to get right). LAB-BOX, however, is changing all of that with its multi-format daylight-loading tank that lets you easily and quickly develop your film photography anywhere and at anytime—even in a bright, sunny room!

The way LAB-BOX works is simple. Once you’re done snapping photos and have rewound the film, drop the roll (either 135 or 120 format) in its designated module, wind it into the reel, and add the developing liquid. Then, agigtate it by rotating the knob on the side of the device. Despite its minimalist appearance, LAB-BOX affords you a lot of freedom in your development process and allows you to use the solution that best suits your particular film.

The portability and ease of use makes LAB-BOX perfect for students, serious analog photographers, and best of all, travelers; for those that love film and being on the road, this new product makes it possible to develop on the go. To raise funds for production, LAB-BOX created a Kickstarter campaign. It’s since surpassed its goal by nearly six-fold (at the time of writing) and is expected to ship in September 2017.

With the LAB-BOX, you can easily develop your film photography without a darkroom. 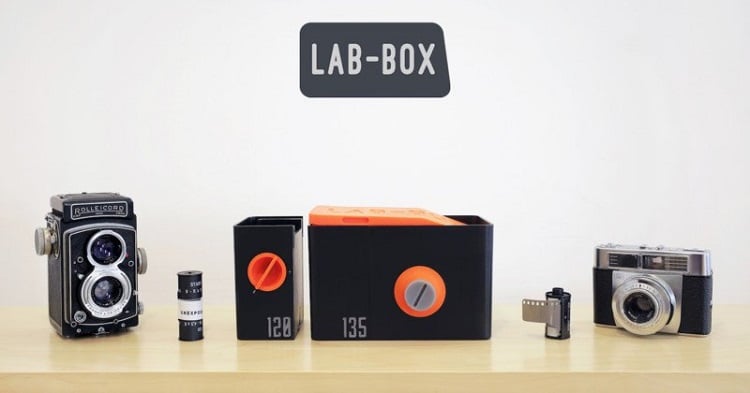 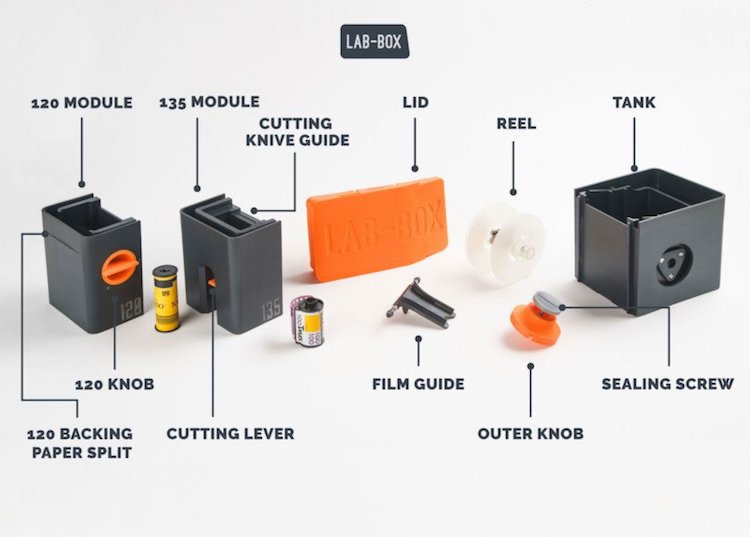 Film can easily be loaded into the 120 or 135 module and then wound into the reel. 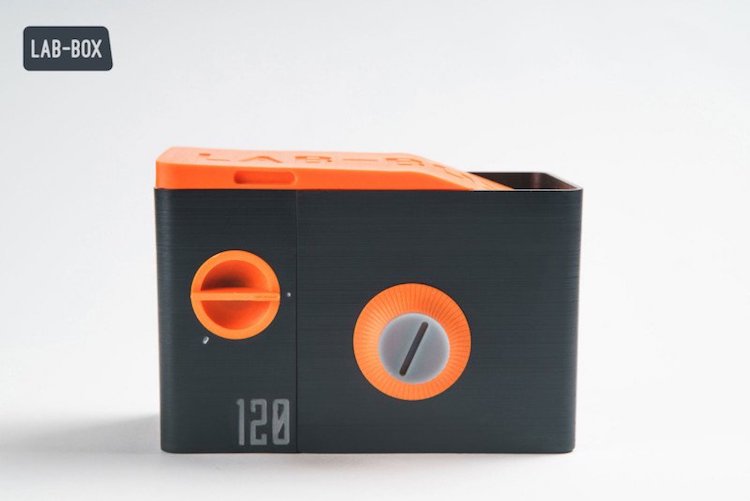 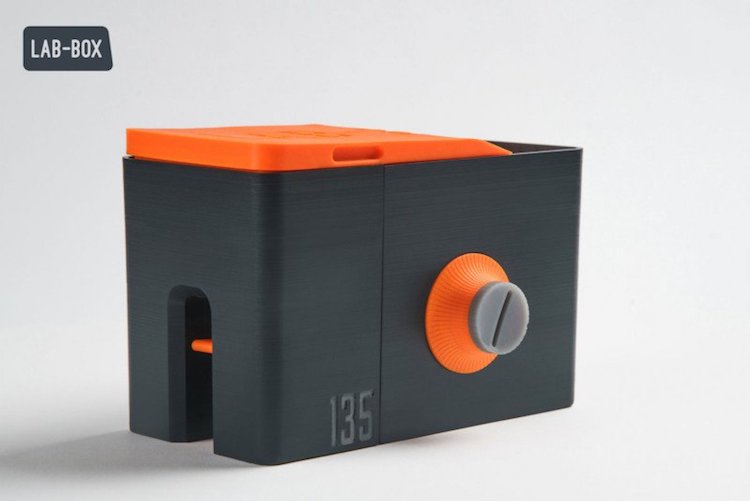 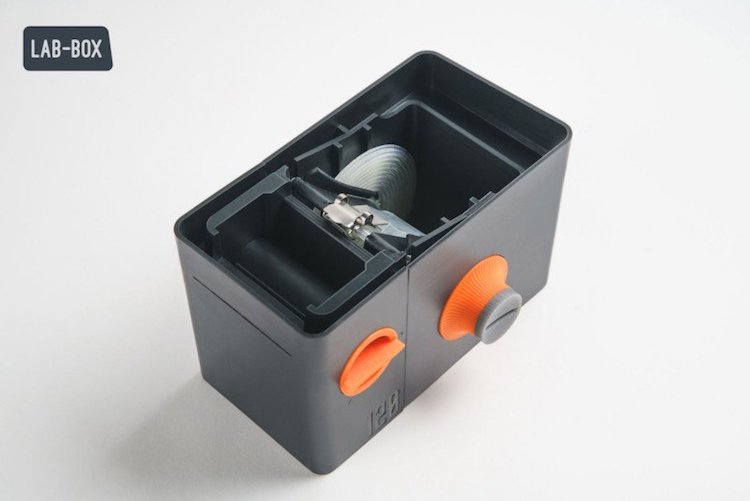 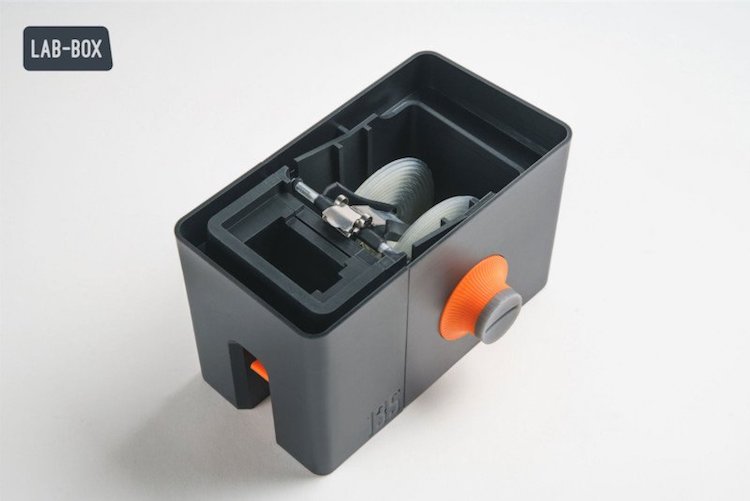 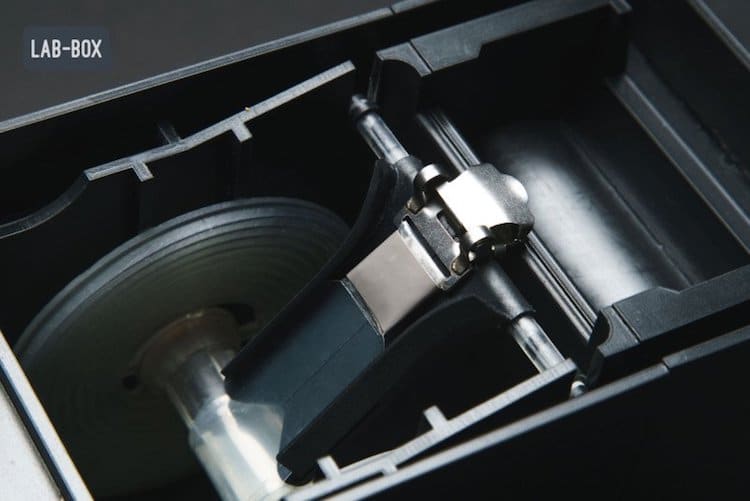 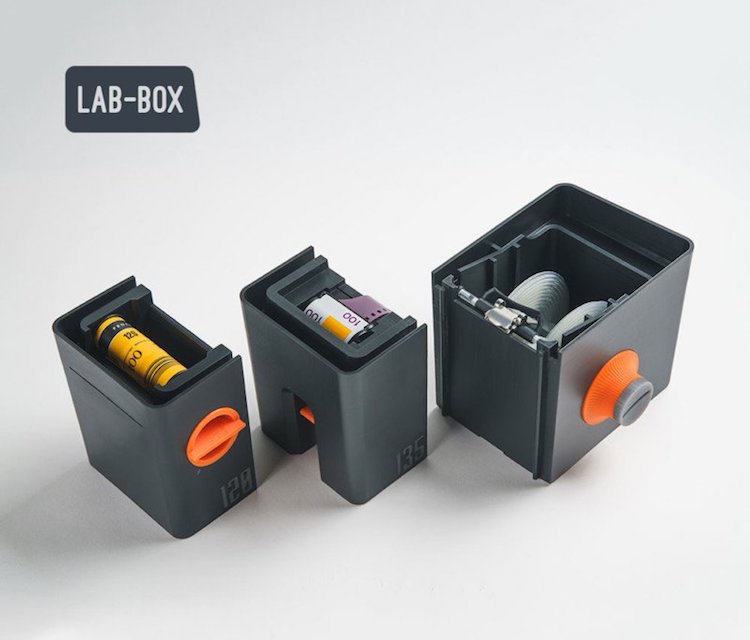 Once complete, you'll have negatives that you can enlarge. 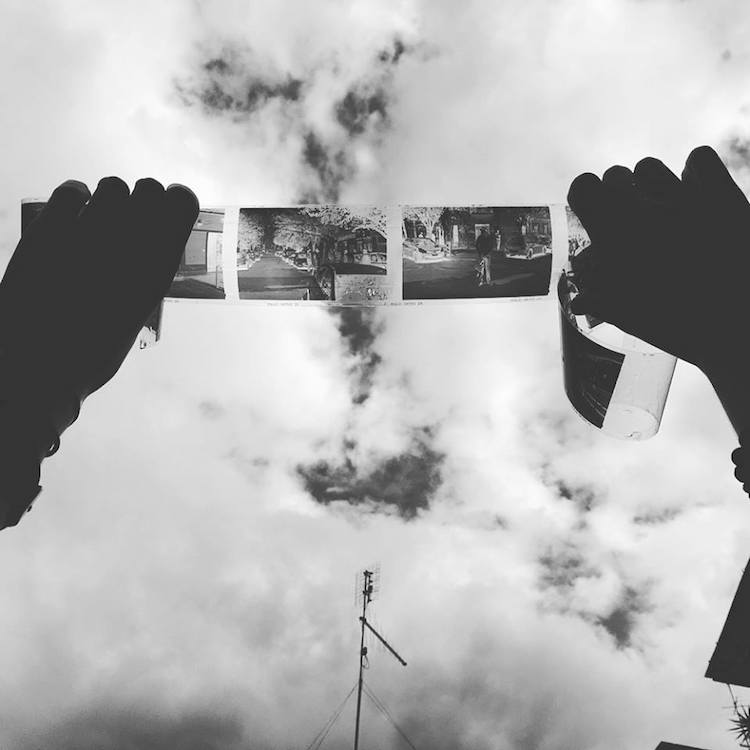 See for yourself what LAB-BOX can do and how it works.