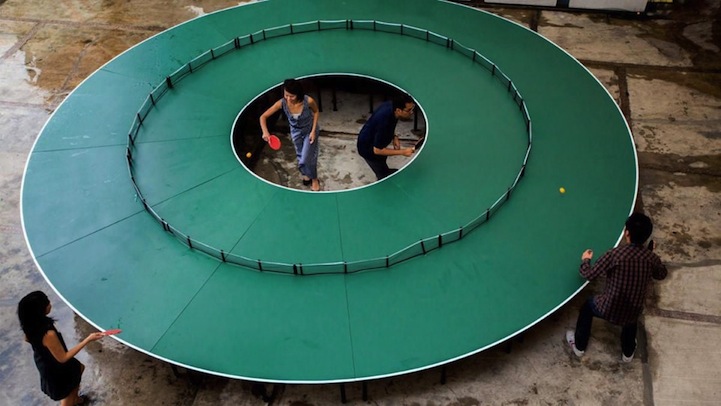 Singapore-based artist Lee Wen playfully stretches the concept of a traditional, rectangular ping-pong table by transforming it into a doughnut shape that lets numerous players join in the fun. One removable section acts as a gate to let players inside the circle, turning the Olympic sport of table tennis into a true multi-player game. This rendition involves a lot of running for participants on the outside of the table, and a lot of spinning in circles for those on the inside.

Considered an interactive art exhibit, the portable Ping-Pong Go-Round has toured the world since Wen first created it in 1998, most recently gaining exposure at the Art Basel festival in Hong Kong.

To Wen, the game of table tennis represents the constant back-and-forth of communication. The artist says he was inspired to create this piece because he wanted to re-imagine a ping-pong table in a conference-table shape, reinforcing the idea of group interaction. “The game itself is like a dialogue between players on opposite sides,” he says. “By making it a doughnut round shape with no borders towards the left and right side, a different perception of the limitations of the preceding game gives new possibilities of a broader dialogue.” 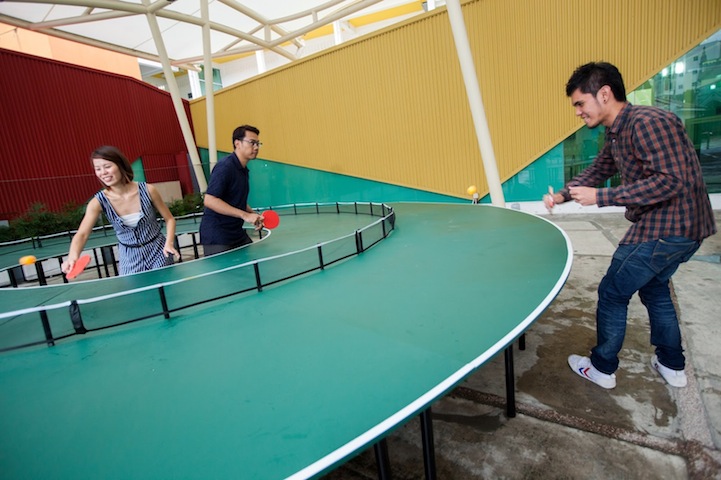 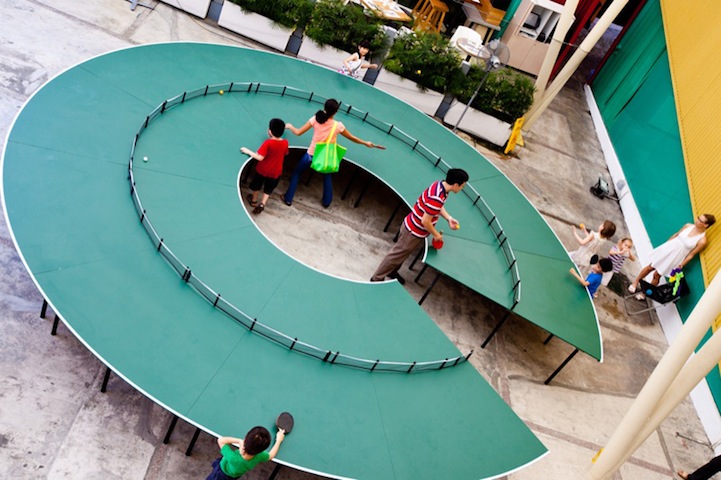 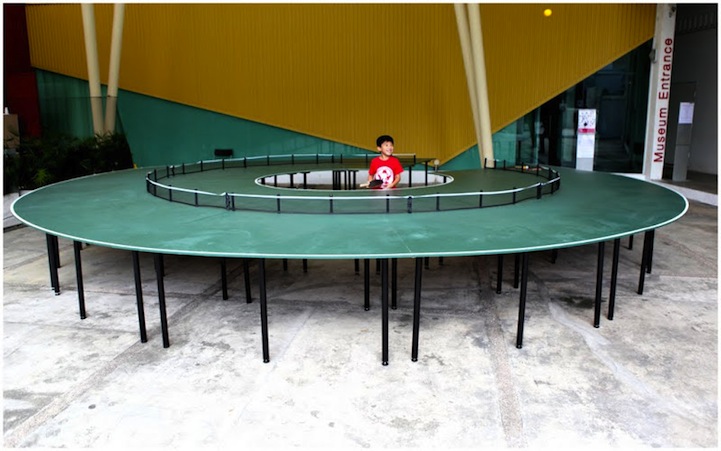