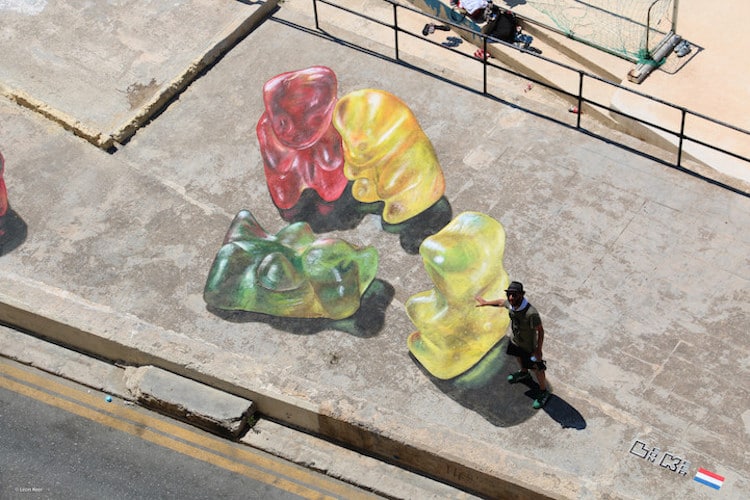 In celebration of the recent Malta Street Art Festival, artist Leon Keer created an anamorphic painting of sweet treats. Giant gummy bears grace a boardwalk in Valletta, and they’re crafted in a 3D style that, when viewed from above, makes them appear as if they’re standing upright. To produce this illusion, Keer skewed his painting—the bears look warped when you’re standing next to them, but are in proportion once you’re more than 10 meters high. Coupled with crisp shading, the candies have a striking, realistic presence that looks almost natural among the people passing by.

Although candy is often associated with joyful emotions, the artist took a different direction with these gummy paintings. One green bear is seen lying on its side, and Kerr explains that it's supposed to be deceased. It's a poignant sight, but also a touching one, as the other bears gather to pay respect to their friend. 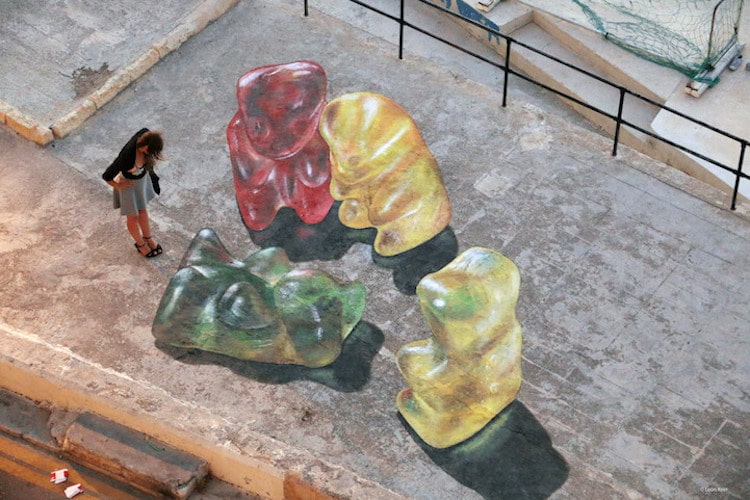 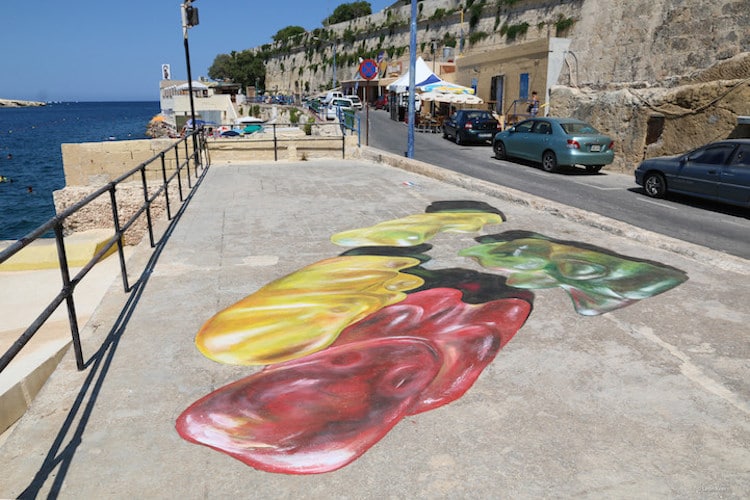 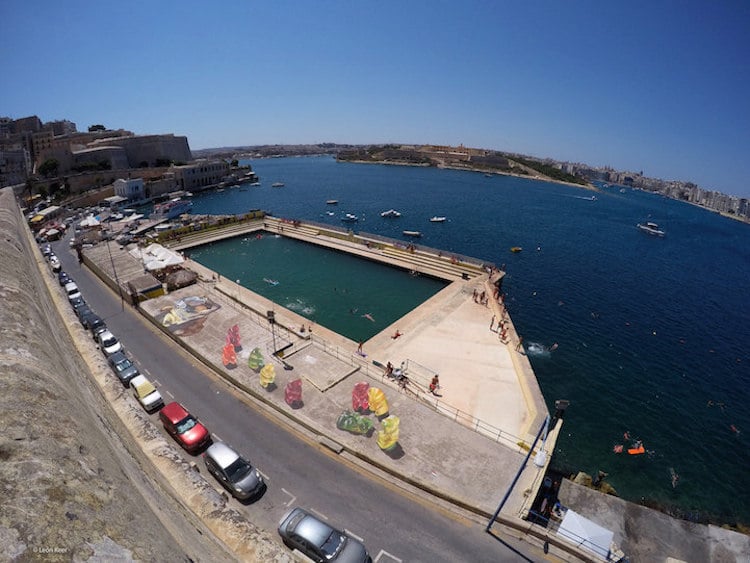 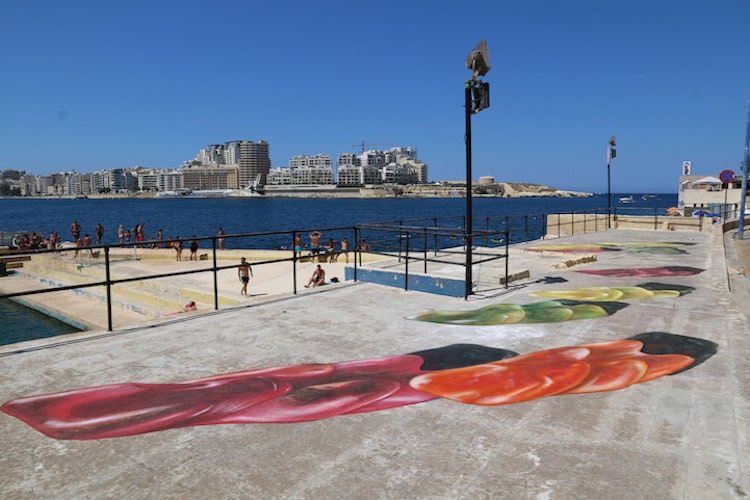 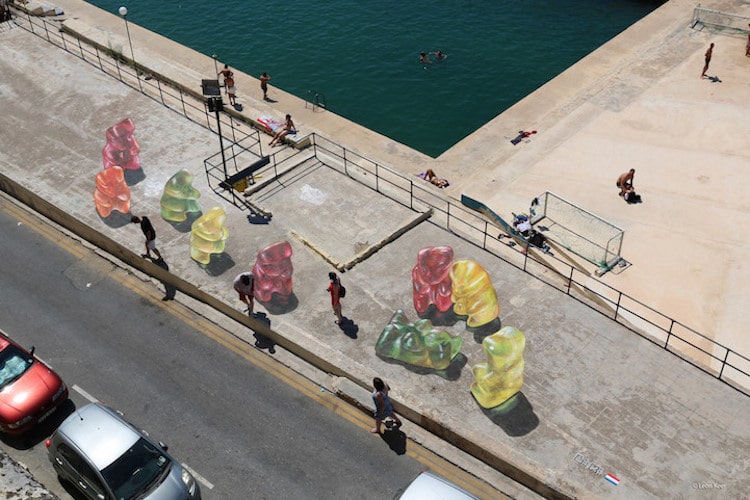 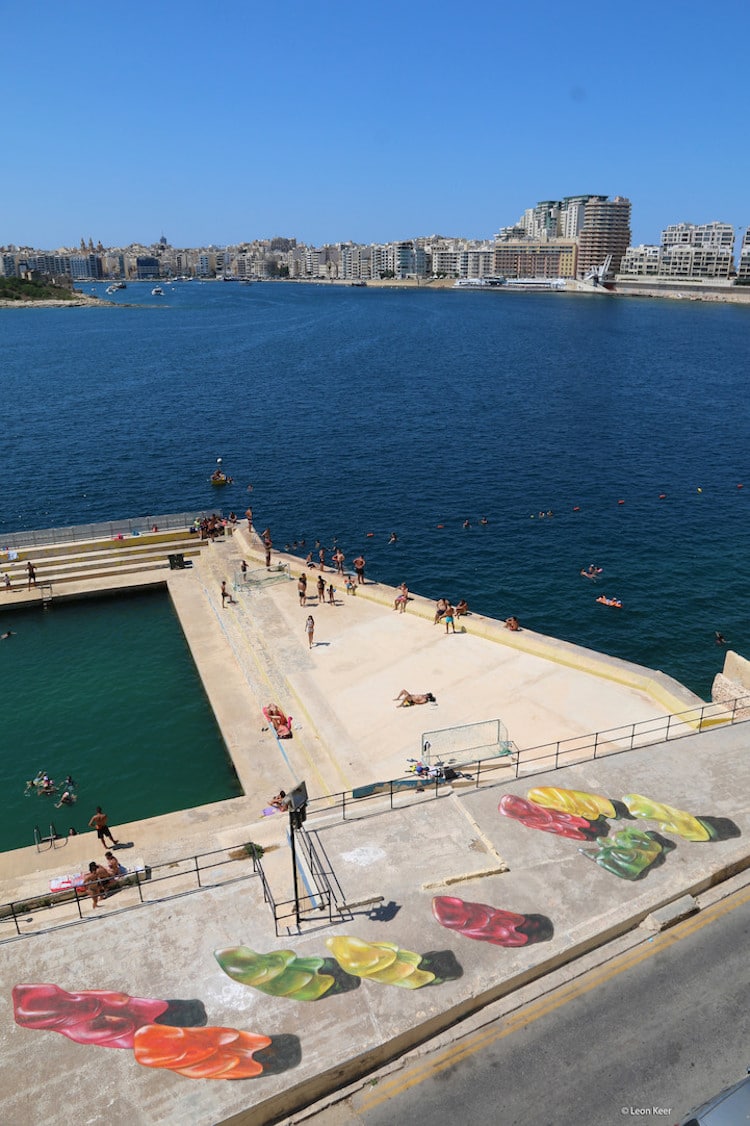 My Modern Met granted permission to use images by Leon Keer.