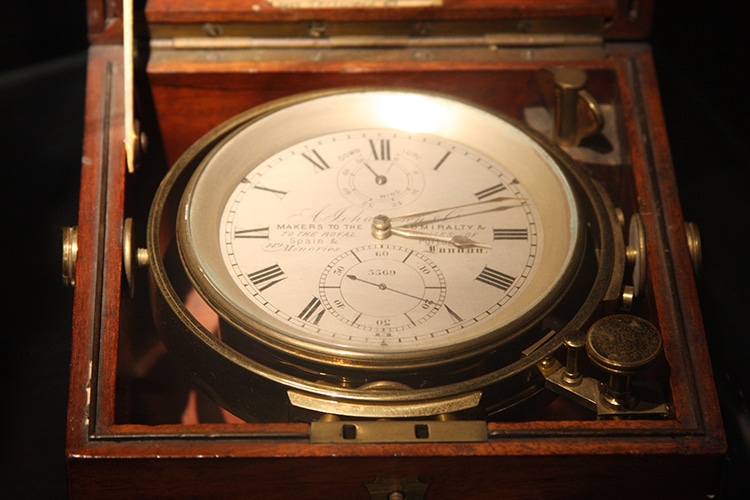 A marine chronometer by John Harrison, crafted between 1761 and 1800. (Photo: Bjoertvedt via Wikimedia Commons, CC BY-SA 3.0)

Traveling across time zones can be disorienting—watches, clocks, and even your sleep schedule need adjusting to a new longitude. This problem faced by modern travelers had more serious implications in the 18th century—a time of fierce imperial competition on the high seas. As ships traveled east and west through different longitudes, their clocks were not able to maintain accurate time. As calculating time differences was a reliable way to determine the longitudinal coordinates of a ship, faulty time-keeping resulted in vessels getting lost and wrecked. The invention of accurate marine chronometers changed the course of seafaring and navigation forever.

In the early 18th century, sailors could measure latitude using the sun and stars. However, there were no accurate means to determine the longitudinal coordinate of a ship's location. It was known that the coordinates could be calculated mathematically by comparing two accurate times—one at a known longitude and the other at an unknown point. Unfortunately, the pendulum clocks of the day could not be counted on to keep reliable measures when subjected to the rolling of a ship on ocean waves. After several naval disasters resulted from poor navigation, the British government offered a reward for technical solutions to the problem of longitude. The Longitude Act of 1714 offered £20,000 ($26,302) to anyone who could devise an accurate method of calculating the location of a ship within one half degree. 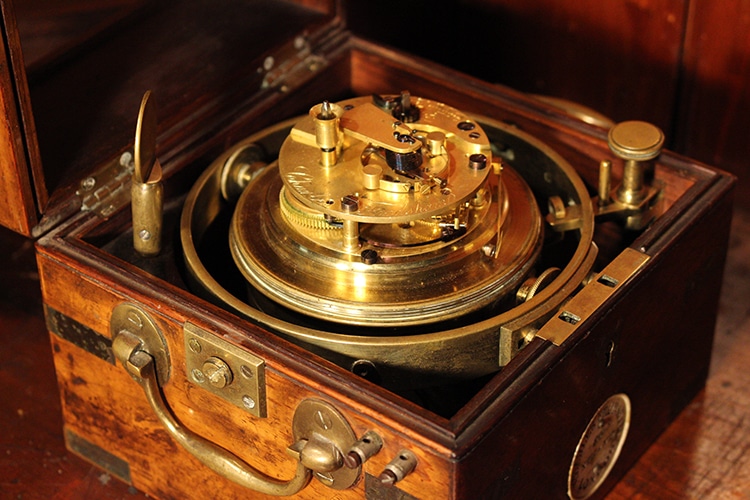 Clockmakers set out to win the prize money by inventing a marine chronometer which could keep accurate time aboard a vessel. The English carpenter and clockmaker John Harrison eventually won the prize, and he is credited with the invention of the first accurate marine chronometer. In 1728, Harrison began to build his first prototype clock, known as H1. By 1736, the administrators of the prize—the Board of Longitude—were intrigued enough to order a sea trial of his first model. Pleased with the initial results, Harrison was awarded grants to continue refining his mechanism for improved accuracy. The clockmaker built models H2 and H3 over the next two decades. These models used springs and balances rather than the classic pendulum; however, the accuracy of each chronometer was still slightly lacking.

Harrison's big break came with his fourth model, H4. In the mid-1750s the inventor decided to craft his next sea clock as a watch, rather than the earlier bulky models. In 1761, the Board tested H4 on a trans-Atlantic voyage. The results were shocking—the sea watch kept almost perfect time. Arriving in Jamaica, the watch showed a local time only five seconds behind the true time. The calculations of longitude made from the time kept on H4 were accurate to within one nautical mile. Unfortunately, the Board and the English Parliament were not immediately convinced of the watch's accuracy. It took a fifth model, H5, and personal intervention by King George III before Harrison received the prize money for his life's work.

The impact of the sea watch—or marine chronometer as it came to be known—was enormous. Navigation capabilities were greatly improved for explorers of the 18th and 19th centuries. The infamous explorer Captain James Cook used a replica of the H4 watch on his travels, finding it exceptionally accurate. While electronic GPS systems have mostly replaced the marine chronometer today, some sailors are still required to learn the method during naval service or certification processes. Chronometers today are encountered particularly in the tradition of Swiss watches, where the term denotes precision and accuracy.

If you would like to learn more about this clock which changed the world, scroll down to watch a video from the BBC.

The invention of the marine chronometer—or sea watch—changed the possibilities of navigation on the high seas during the late 18th century. 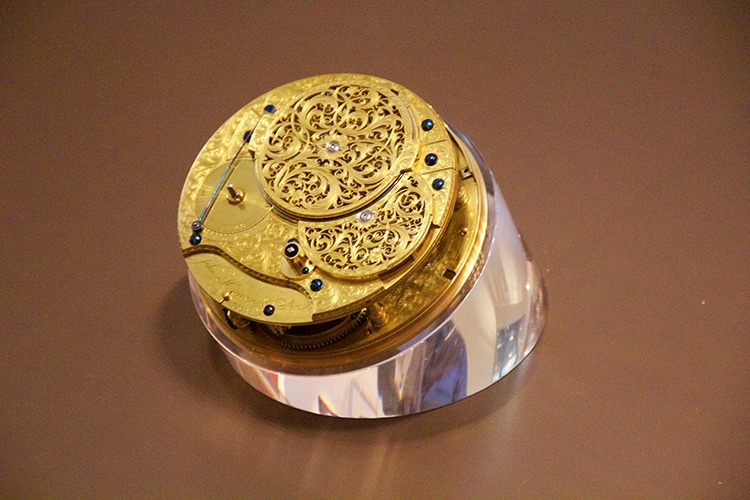 Invented by Englishman John Harrison, the marine chronometer allowed sailors to keep accurate time despite the rolling of the sea and while moving through time zones. 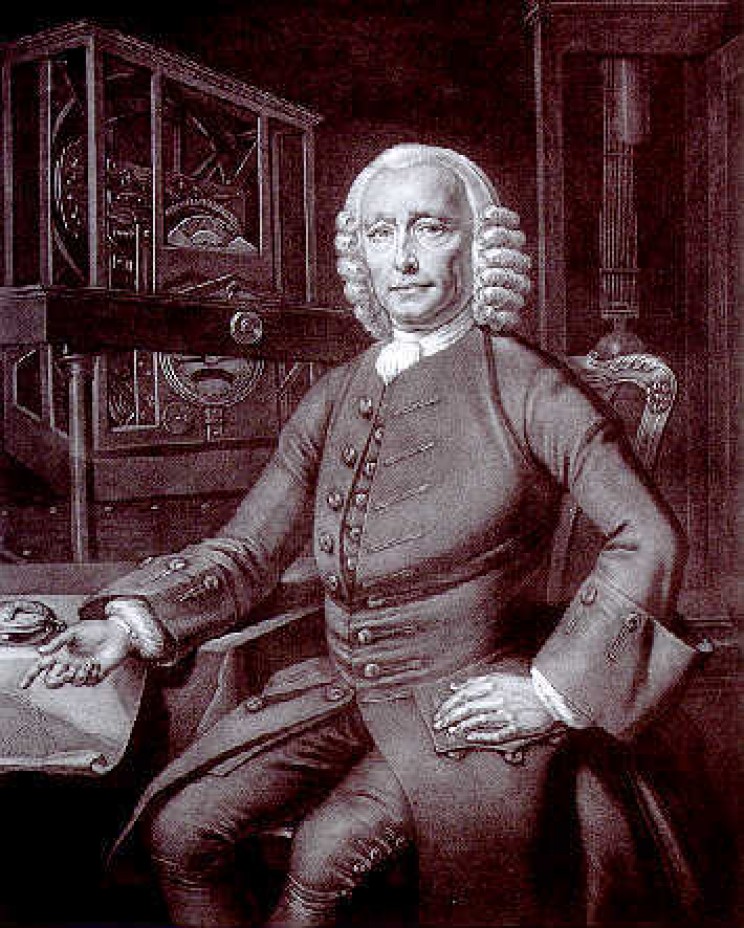 Harrison was inspired to invent the sea watch by prize money—the British Longitudinal Act of 1714 offered £20,000 to whoever could solve the problem of accurately determining longitude at sea. 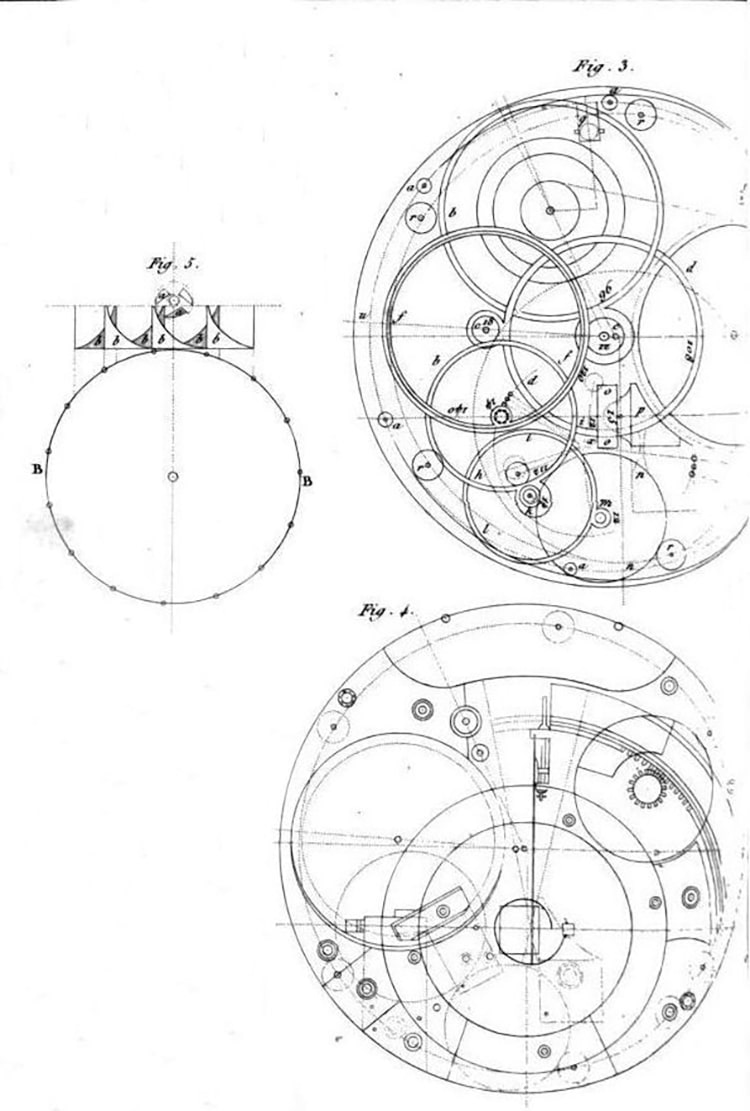 To determine longitudinal coordinates, sailors needed to know the accurate time at their location for a mathematical formula. 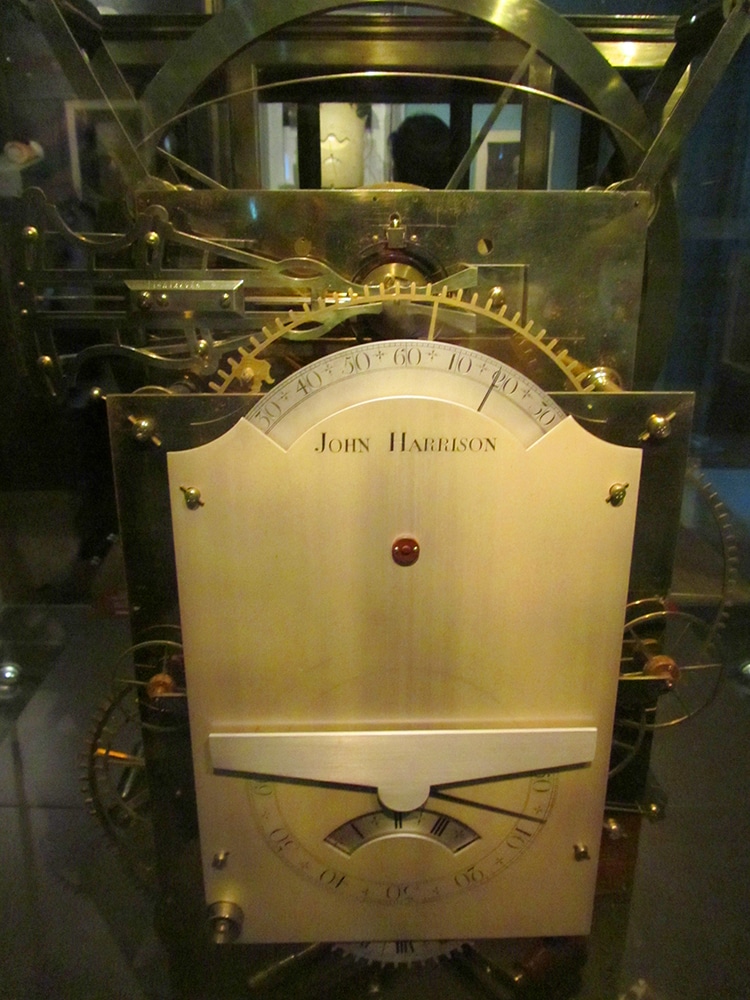 Harrison's fourth attempt—the sea watch known as H4—was accurate to within five seconds of the real time during a test voyage to Jamaica. This allowed very accurate calculations of the ship's coordinates.

Although it took much persuasion and a fifth version of his sea watch for Harrison to receive his prize money, the marine chronometer quickly became an indispensable part of sea navigation. 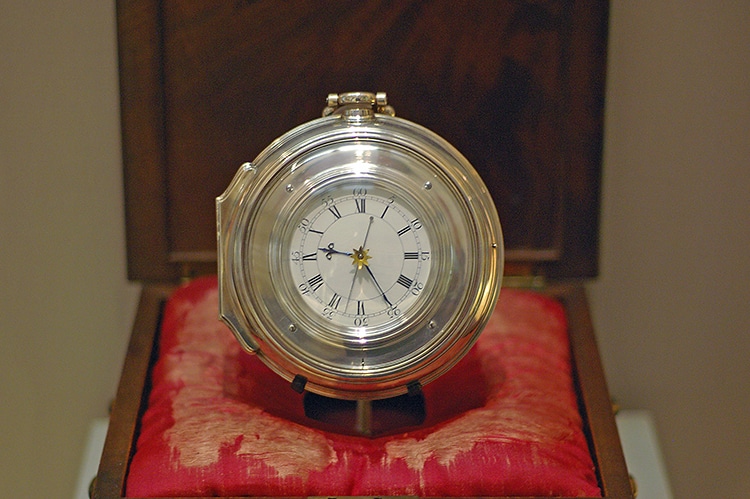 Watch as the BBC unravels the fascinating history of the marine chronometer: