Breathtaking Photos Reveal Sculptural Ice on a Mountain in Slovenia 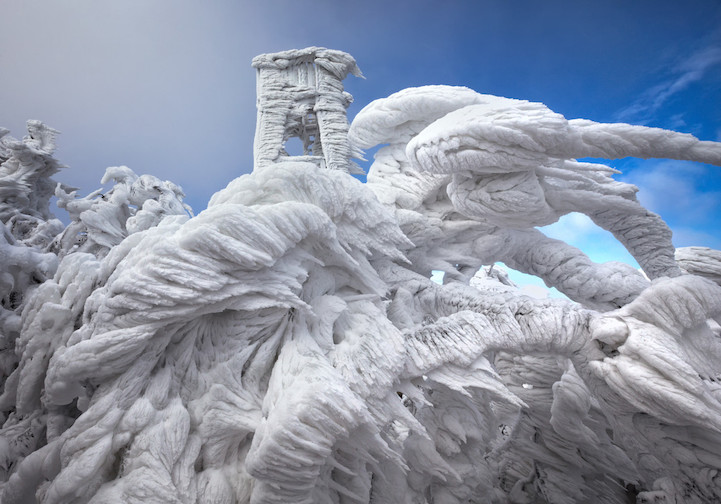 Photographer Marko Korosec captured the breathtaking results of what happens to a place when it's subjected to a long period of snow, wind, and ice. For 10 days, extreme weather pummeled the area of Mount Javornik, part of a mountain range in eastern Slovenia as well as a popular ski locale. Korosec later scaled the terrain and discovered something that's out of this world. High winds and freezing fog formed layers of rime ice and covered a tower, trees, rocks, and more.

Thanks to these harsh conditions, large ice spikes emerged from the landscape like a magnificent sculpture. Korosec says that some of them reached well over 3-feet long! His photos appear as a moment suspended in time, and highlight the awesome beauty as well as the great power of Mother Nature.

If you enjoy these frigid photos, be sure to check out photographer Guillermo Palavecino's images of a frozen waterfall in Argentina. 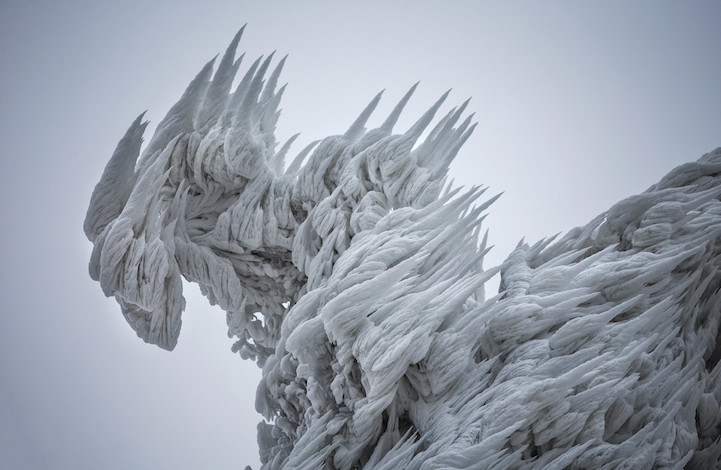 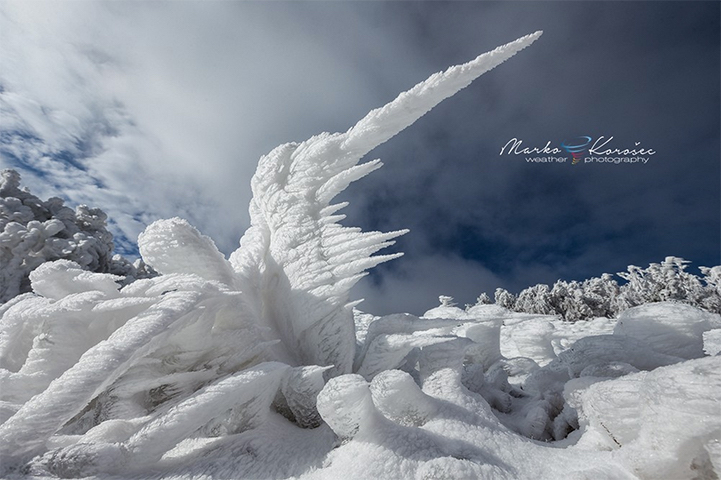 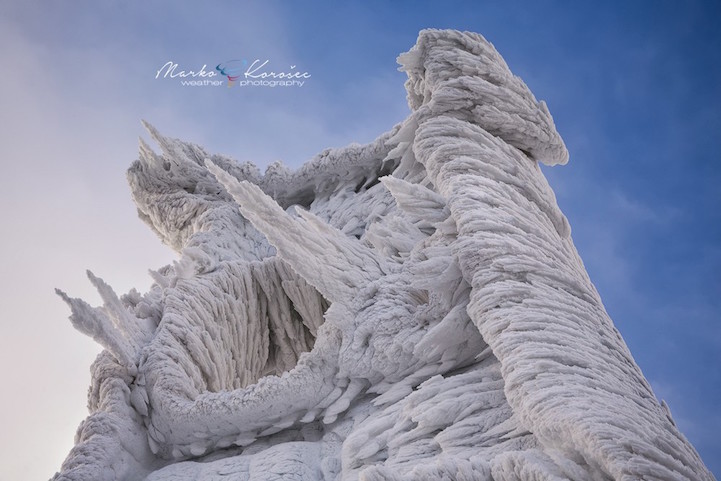 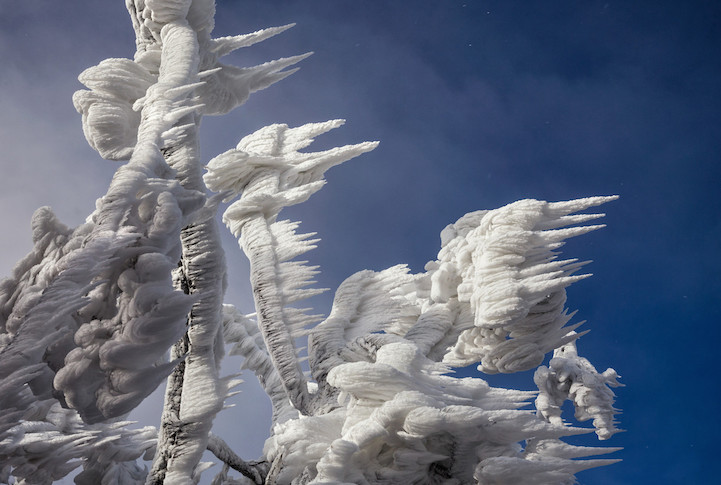 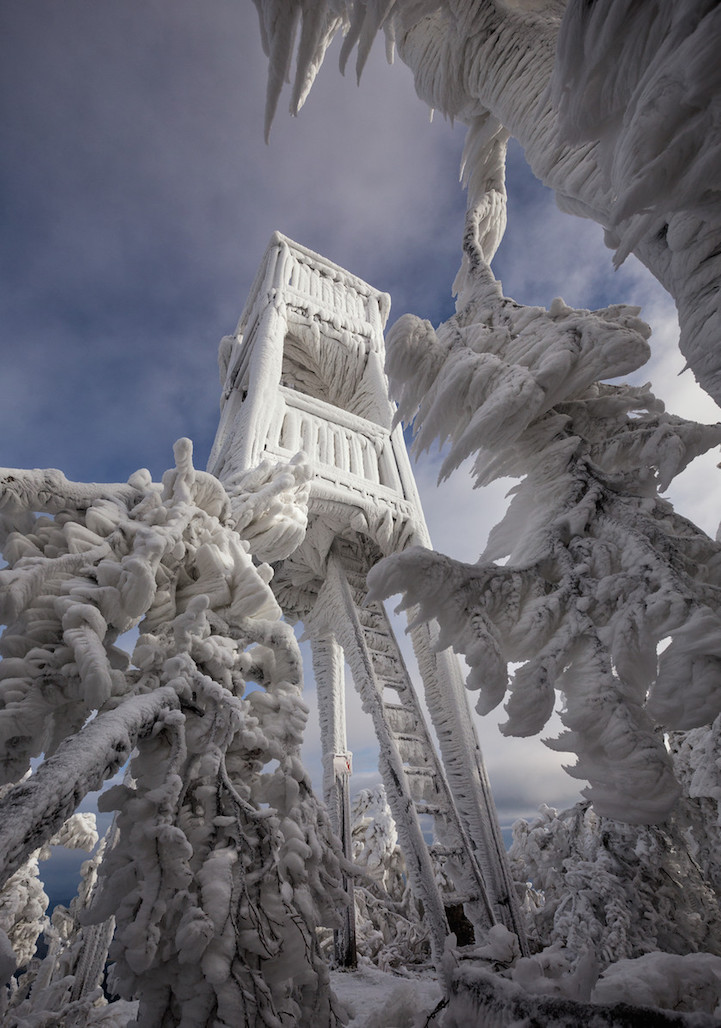