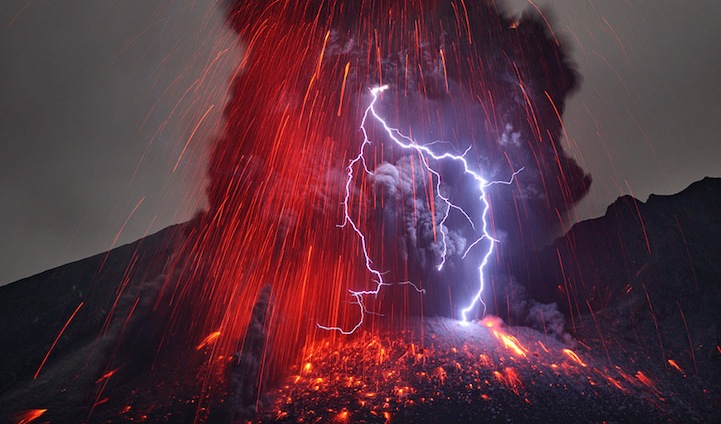 German photographer Martin Rietze caught a series of spectacularly breathtaking shots of a volcano, shrouded in flying lava and electrifying lightning, erupting in southern Kyushu, Japan. Rietze's photography displays Sakurajima Volcano's energetic eruption with unexpected vigor. The images present a phenomenal juxtaposition of a rain of fire and flashes of lightning sparking through a billowing cloud of black smoke.

Each photo in Rietze's collection seems more astounding than the one preceding it. The bright red and blue hues of the converging elements offer a beautiful, otherworldly look at a natural occurrence that could result in disaster. The power of the flaring molten rock and jolt of lightning is reflected in each frame.

The Japanese volcano was caught in its magnificent burst of activity between February 21st and 26th by the photographer, who actively seeks “Alien Landscapes on Planet Earth.” Rietze also captured video of the stratovolcano erupting, which can be seen below. 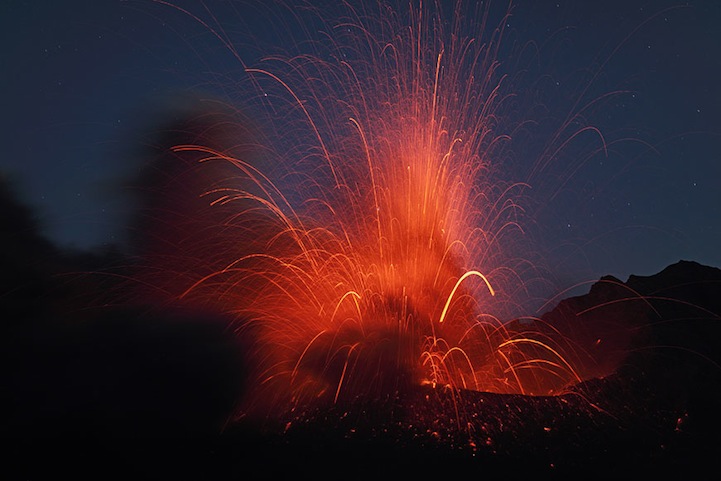 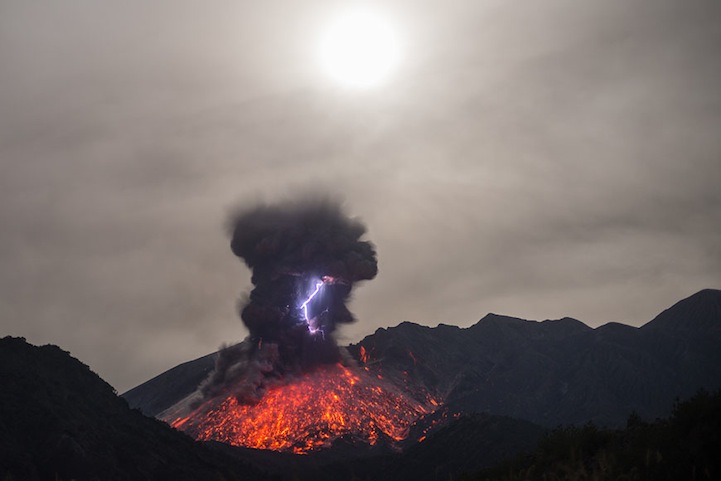 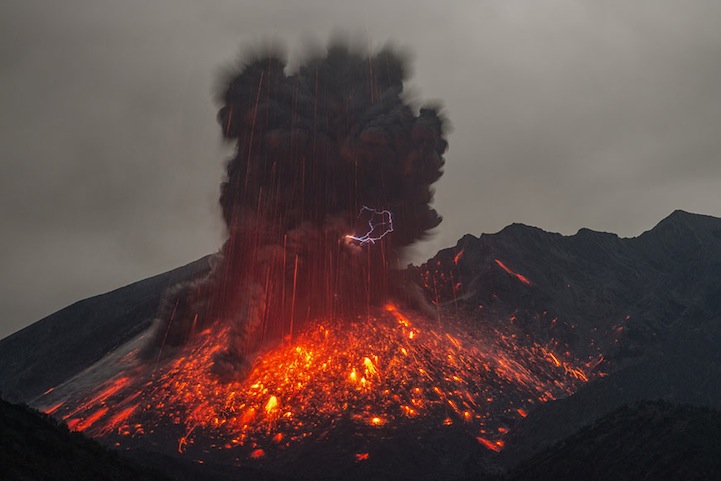 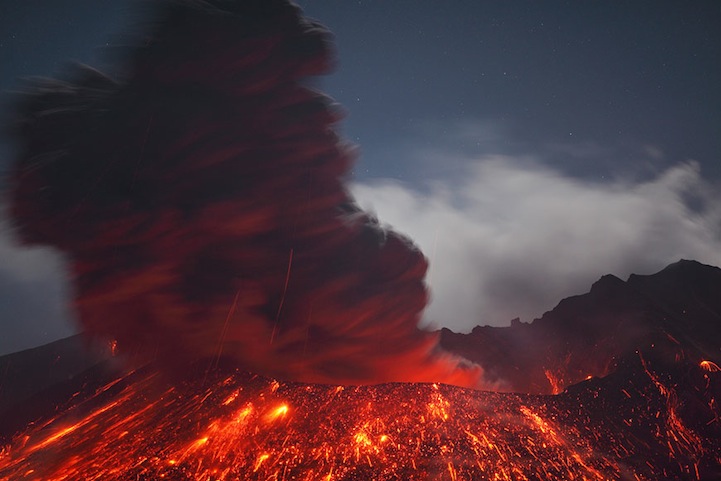 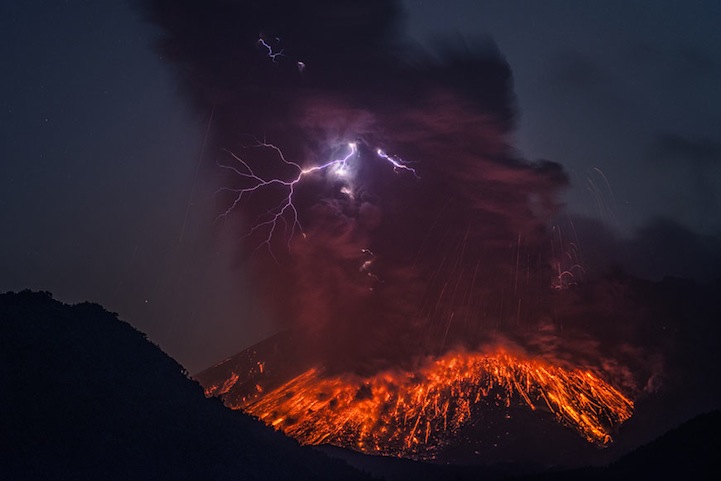 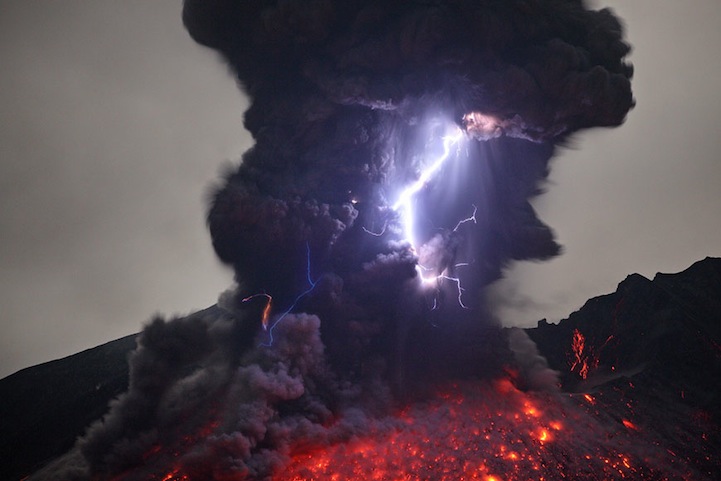 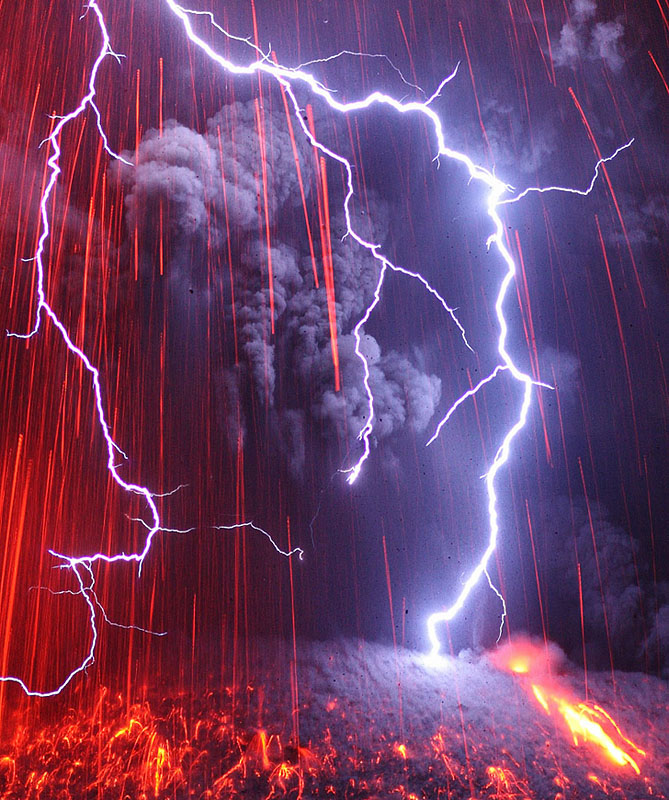