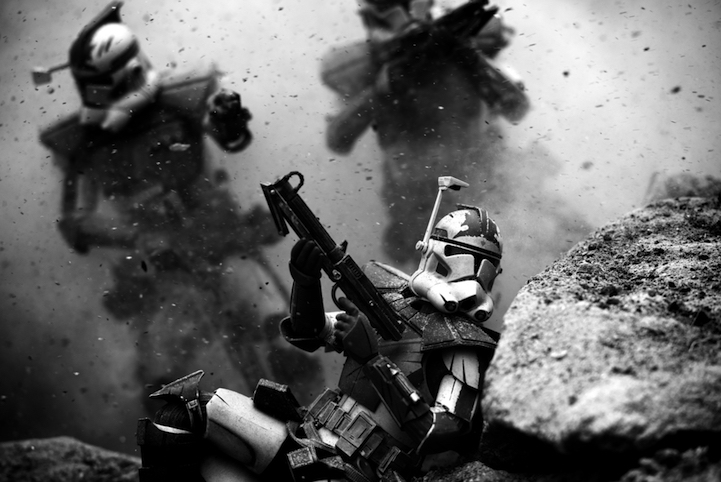 United States Marine Matthew Callahan uses his experience as a soldier to inform his stunning images of Star Wars clone trooper toys in battle. The iconic Star Wars characters are in the midst of chaos—rocks and debris surround them as they wield powerful guns, crouch behind large rocks, and drag their buddies from danger. Through it all, there’s an incredible feeling of authenticity, and Callahan’s sense of scale makes these scenes seem eerily real.

The photographs are part of Callahan’s ongoing series titled Galactic Warfighters. They reflect his career as a combat correspondent, in which he tells the stories of people who serve in the military. Their experiences become fodder for the fantastical pictures detailing the lives of these sixth-scale soldiers.

To convey a sense of realism, Callahan often strikes the same poses that his figurines do. He’ll hold imaginary weapons and squat in the same way as the clone trooper, and his friends will often create the debris and dust that obscures his characters. Thanks to these techniques, he’s able to build mesmerizing images in camera rather than with Photoshop.

Galactic Warfighters represents a path that Callahan never thought he’d explore. Five years ago, he was stationed and later injured while on duty in Afghanistan, eventually re-enlisting to become a combat correspondent. While in training, he was given an assignment on shutter speed and borrowed his roommate’s clone trooper toy for it. This resulted in a project called The Droids, and it was the start of his still life photography. To learn more about Callahan and Galactic Warfighters, scroll down and watch the video below. 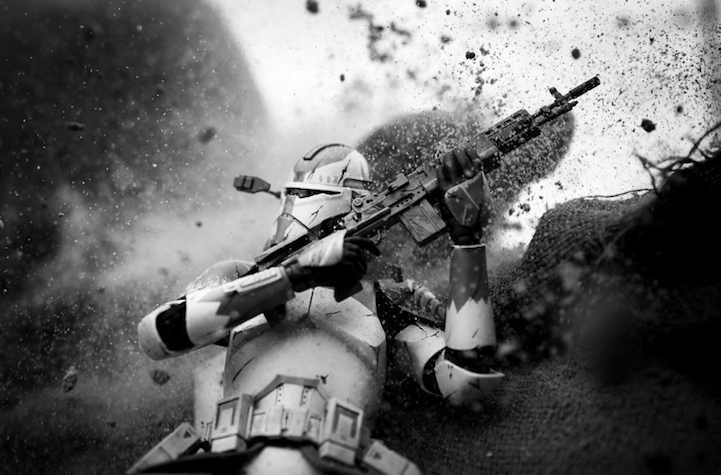 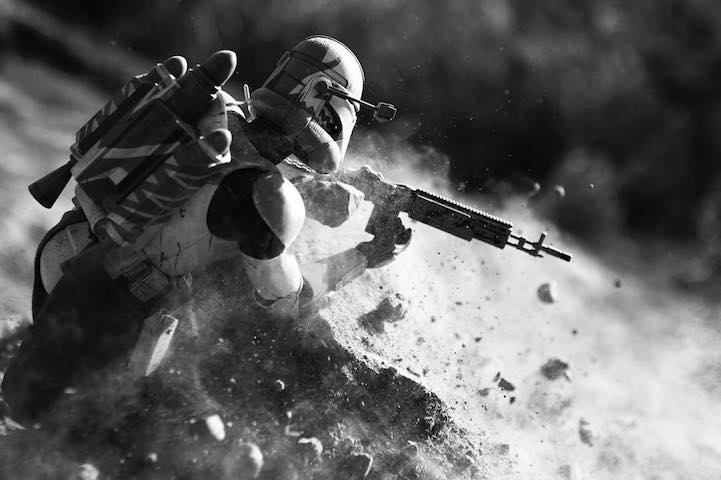 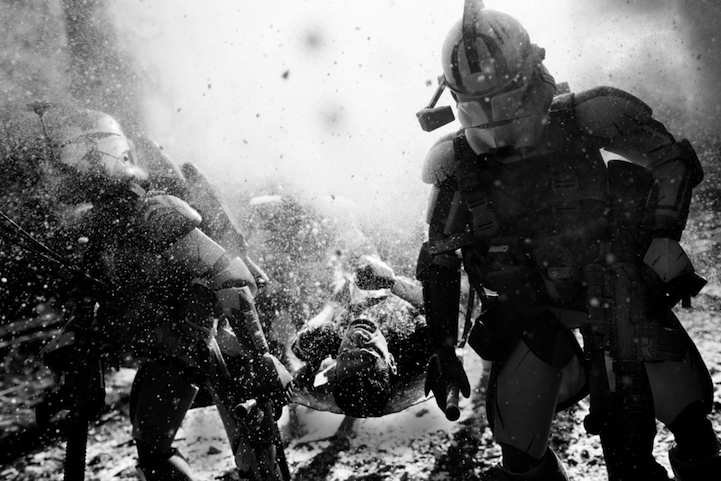 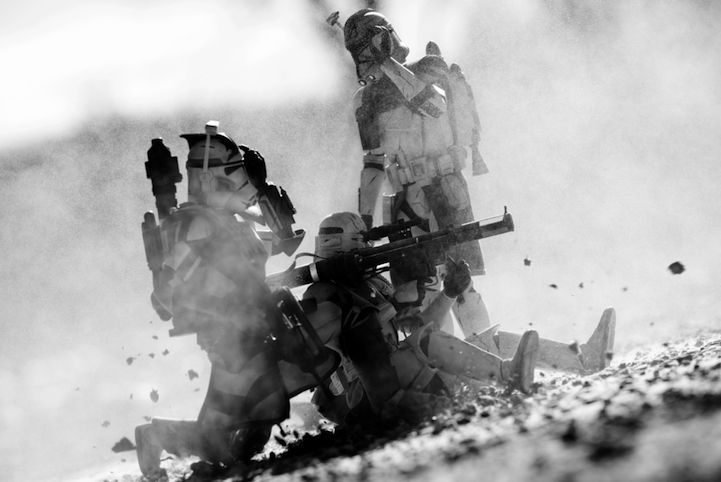 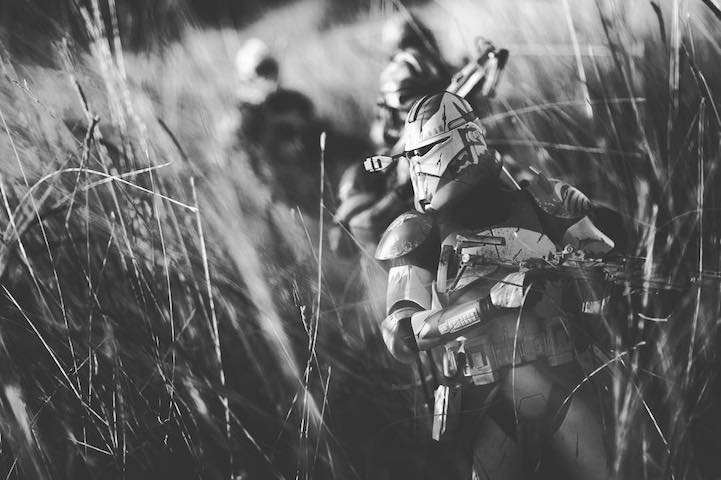 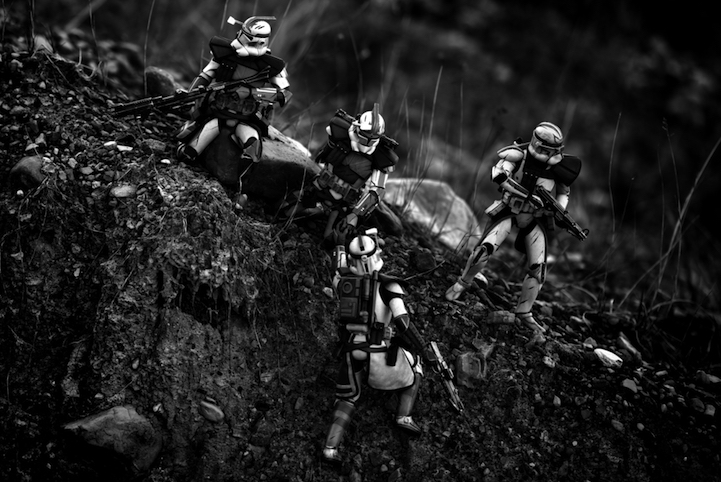 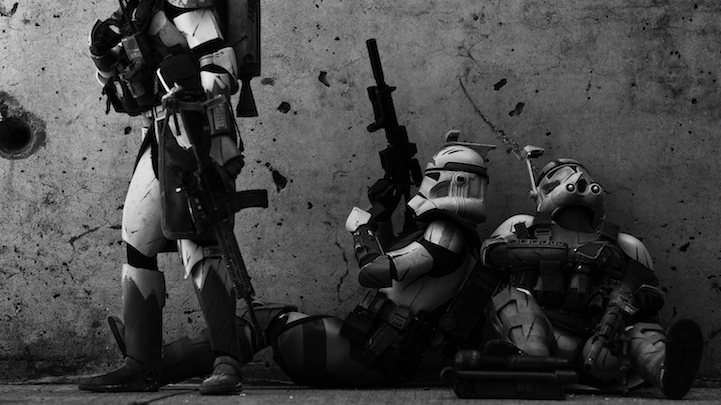 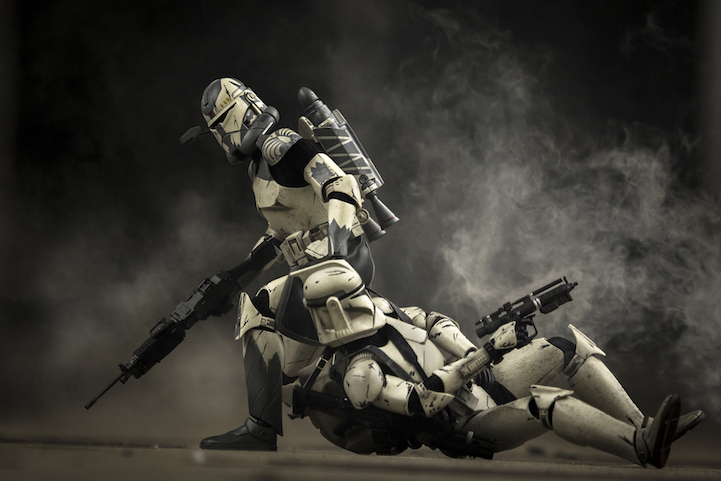 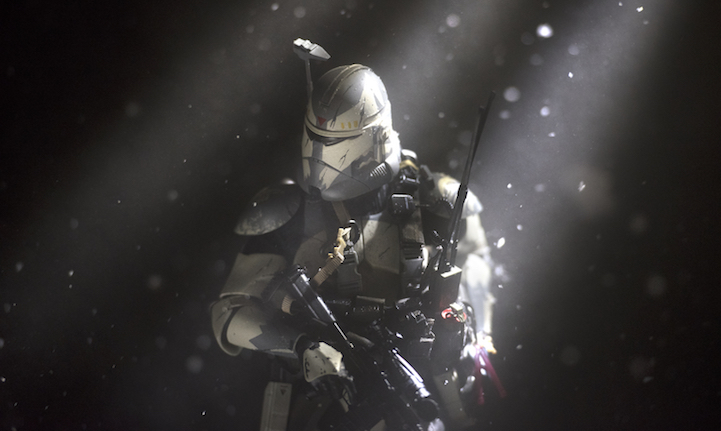 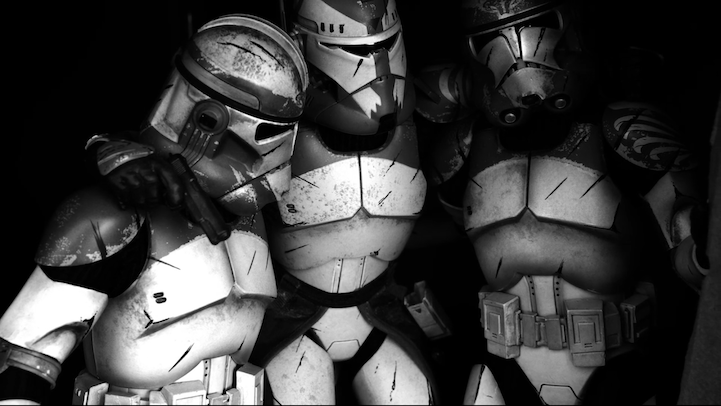