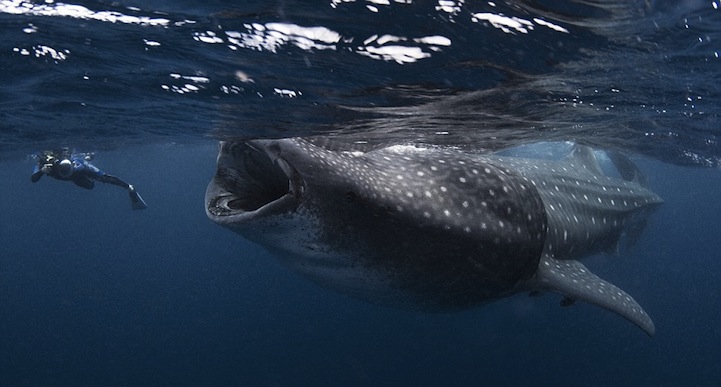 This photo will make your heart beat a little faster with the uneasy thought of being eaten by a whale shark! Professional marine photographer Mauricio Handler captured the intense moment during a dive in Isla Mujeres, Mexico, when more than 600 of the 40-foot-long animals gathered to feed on tuna spawn.

The massive whale shark, the largest fish in the sea, was in the middle of eating when the diver almost got sucked in along with the creature's lunch. Fortunately, the diver escaped the shark's clenches, which contain up to 350 rows of teeth. In reality, the animals don't have very good eyesight and, upon capturing the diver, probably would have just spit him out.

The Maine-based photographer regularly leads diving expeditions and he says, “‘I feel as if it is my job to show people what they have never seen before. I'm there trying to get a unique angle so I put myself on the edge, right in the action. I want people to realize these animals are here but one day they will not be.” 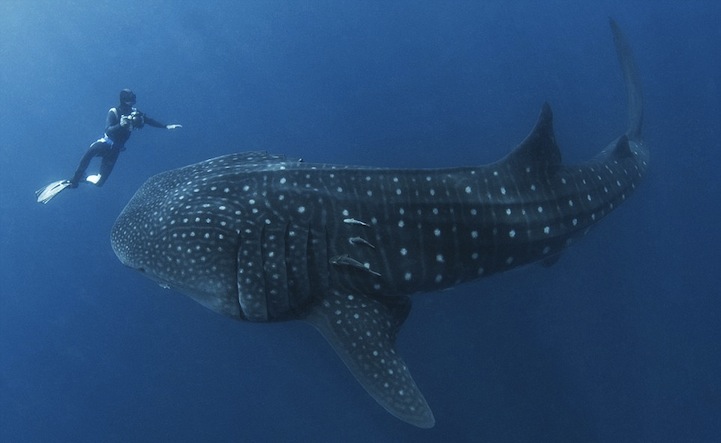 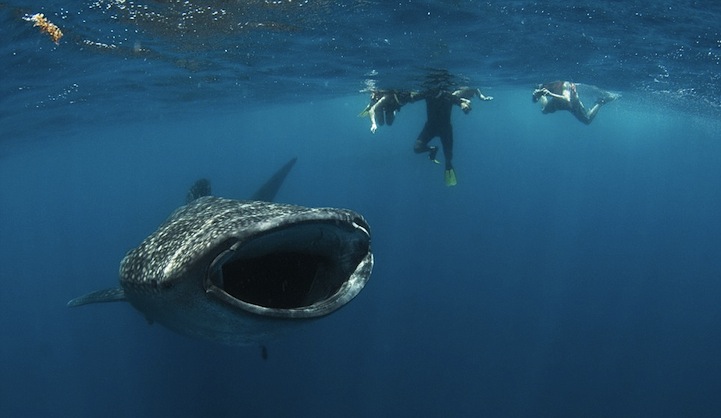 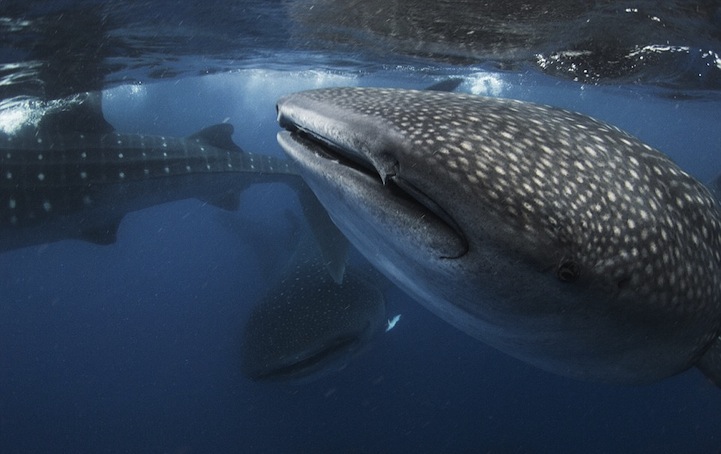