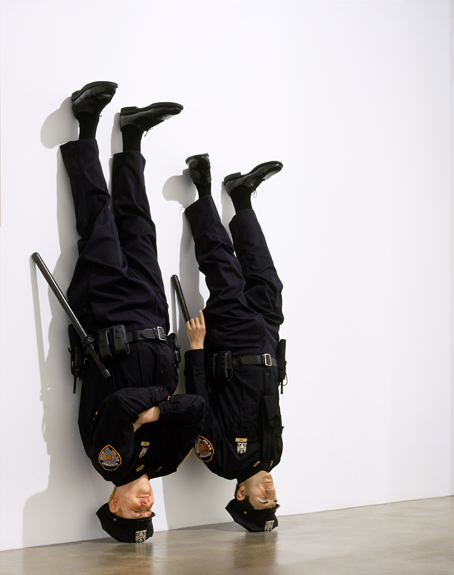 Maurizio Cattelan is one of those artists that we can't help but like. Known as the bad boy of the art world, Maurizio is an Italian born, self-taught artist who rides the fine line between funny and disturbing.

Here's a great line from Design Boom:
“Cattelan has a subtle sense of the paradoxes of transgression, the limits of tolerance. Since the early 1990s, his work has provoked and challenged the limits of contemporary value systems through its use of irony and humor. He teases the art world without ever falling into the naive trap of thinking he can subvert a system of which he is part.” 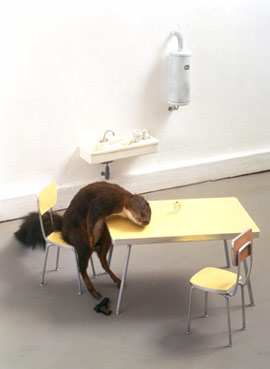 A stuffed squirrel apparently shooting itself at a kitchen table. 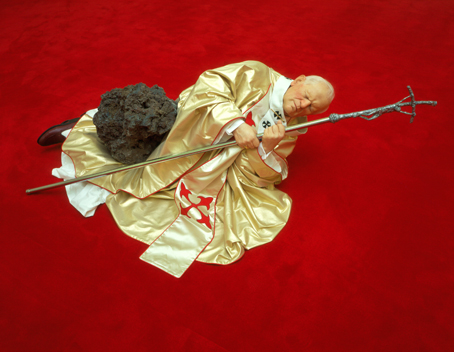 ‘la nona ora', 1999
Photorealistic sculpture of the Pope struck down by a meteorite – blasphemy turned into sacrifice. 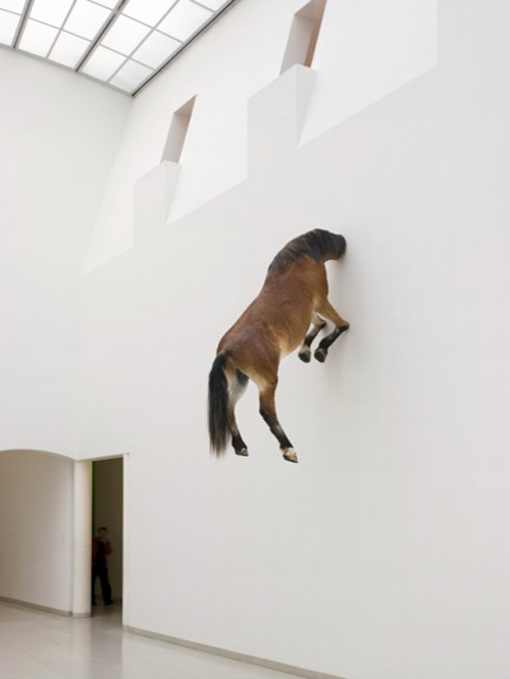 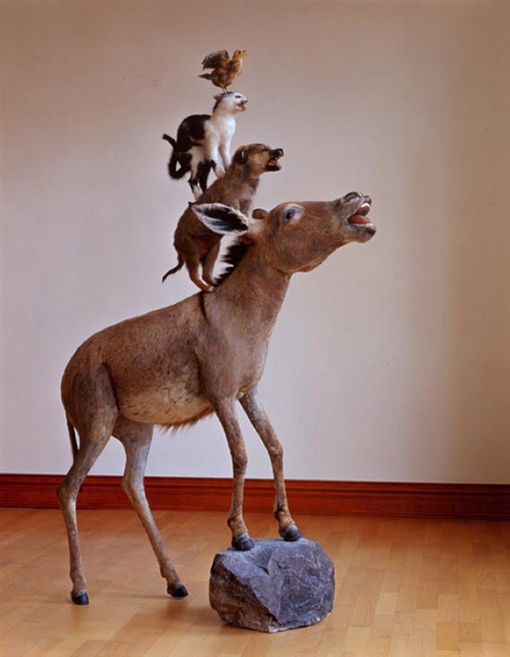 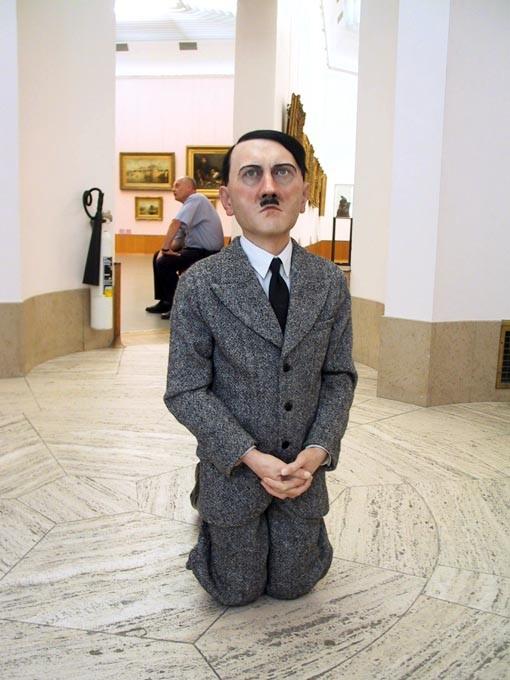 ‘him' 2001
Photorealistic sculpture of a miniature Hitler in prayer – an icon of fear. 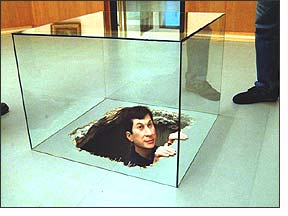 From e-flux: “A figure crawling out of a hole in the floor – a look-alike of the artist himself, slightly younger though. He is about to crawl out of a hole in the floor of the classics gallery . He looks in a sharp way at a painting of the 19th century master Koekoek. His hands rest in line on the edge of the hole. A lucid lash at the established order in the most literal sense of the word. The obvious solemn authority of the Old Art is ironised in a subtle way. By this gesture the visitor is stimulated to look in an innovative way at what is shown to him, in and outside the museum.”

Here's also an interesting and funny video clip from when BBC's Art Safari tried to find out more about him:

BBC calls him “the court jester of the art world and the cartoonist of Conceptualism.” We call him interesting and his art thought-provoking.