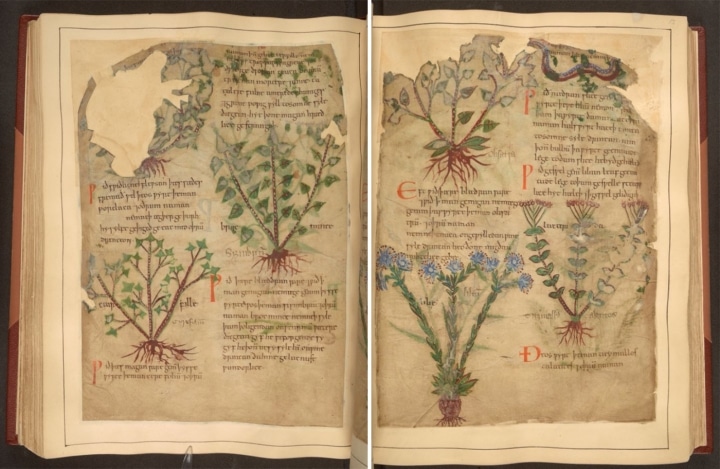 Seeking natural remedies outside of chemical pharmaceuticals isn't just for Eastern medicine. In fact, plant-based health cure also has a long tradition in Western medicine, as evidenced by a beautifully illustrated book in the British Libary's collection. The Cotton MS Vitellius C III is a 1,000-year-old illustrated manual to plant pharmacology, and has now been digitized for online viewing.

The beautifully illustrated 11th-century book is filled with “herbals,” natural plant-based treatments to cure everything from body odor (simmer artichokes in wine) to easing chest pain (licorice root does the trick). Zooming in on the high-resolution scan, it's incredible to see the Old English script and detailed drawings of the plants and animals used for their healing properties.

Though herbals were quite common in Anglo-Saxon medicine, the British Library's manuscript is the only surviving illustrated Old English manual. “No one knows for sure how this manuscript was used or even where or by whom it was made,” project curator Alison Hudson shares. “Its production has been associated with monastic scriptoria at Canterbury and Winchester, due to its style of decoration and script, but this is by no means certain. Monasteries in those areas functioned both as centers of natural and supernatural healing and also as libraries and centers of learning.” 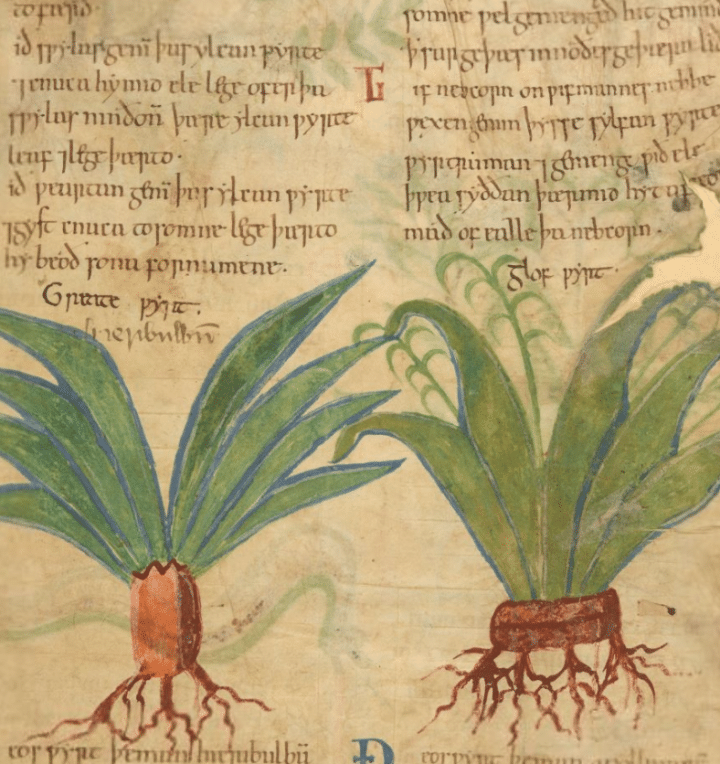 Each entry in the manual lists the plant's or animal's “name in various languages; descriptions of ailments it can be used to treat; and instructions for finding and preparing it.” And while it's debatable as to how practical the guide really was—it includes plants like cumin that would not have been available in England—it's a curious work of art in its own right.

If you're having trouble making sense of the Old English, there is a 2002 translation available for sale. 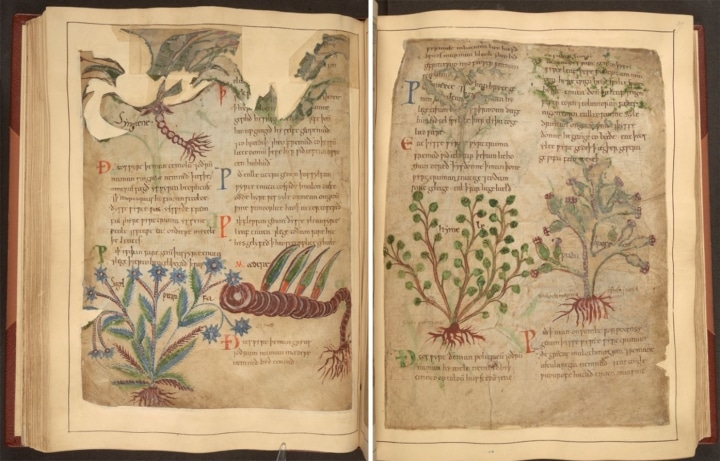 A Miniature Hand-Illustrated Book from the 16th Century