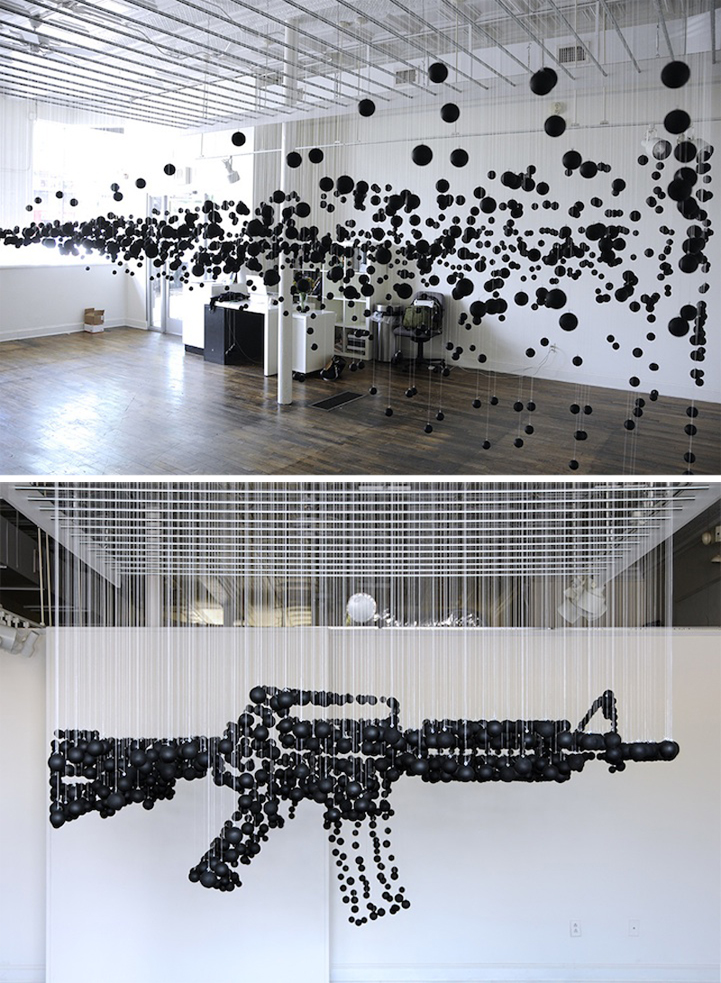 For one to truly appreciate this new installation by artist Michael Murphy, one must view it from a specific angle. Called Damage, the sculptural work consists of a sea of 1,200 ping pong balls, painted black, and then suspended from a ceiling. Opened just last Friday at the Association for Visual Arts, in Chattanooga, Tennessee, Damage is meant as a way for us to really start talking about the controversial role guns play in today's society.

Said the artist to Times Free Press, “Guns are fetishized in the U.S. Many, many Americans love guns. I'm creating a giant gun.” He continues, “I just want people to keep talking about guns [and] why we should have guns. Communication is necessary because I don't see any sort of solution being proposed.”

Murphy is known for creating these optical illusion-type works that seem to snap into place when viewed from just the right spot. More than all of his previous works, Damage shows that, like many social or political beliefs, it's all about your point of view.

As the visitor walks around the suspended ping pong balls, the gun completely disappears, forming a chaos of tiny particles. “It reminds me of the lives taken by gun violence,” he solemnly states.

This particular installation will be on view at the AVA until June 29 and then will hang in Murphy's gallery in Soho, New York City. No doubt, it's a thought-provoking piece that's sure to get people talking. 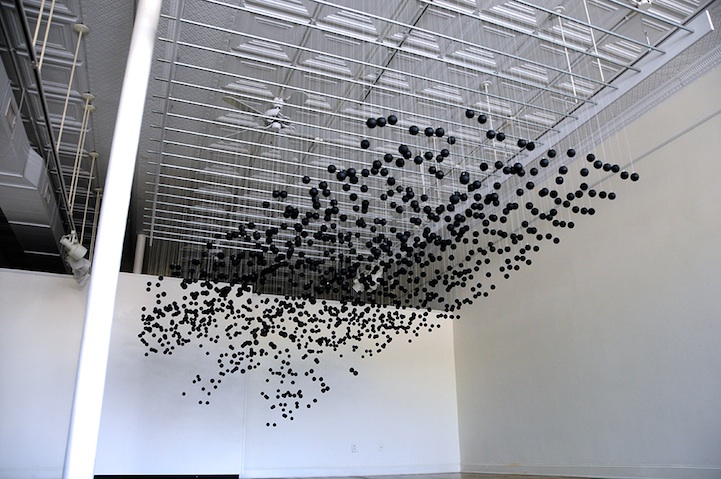 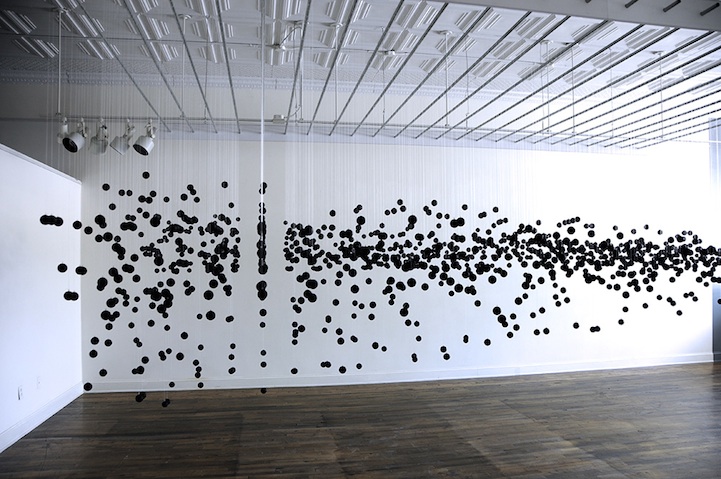 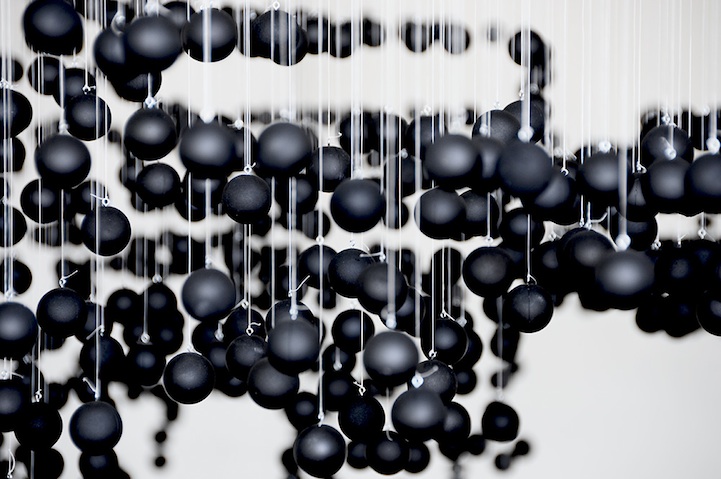 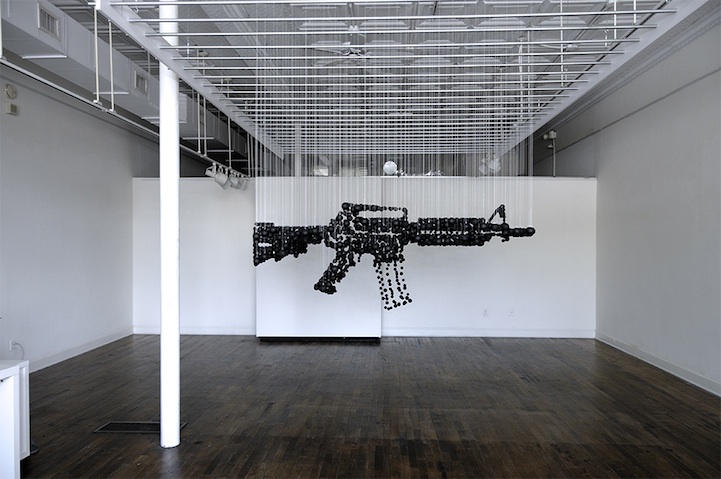 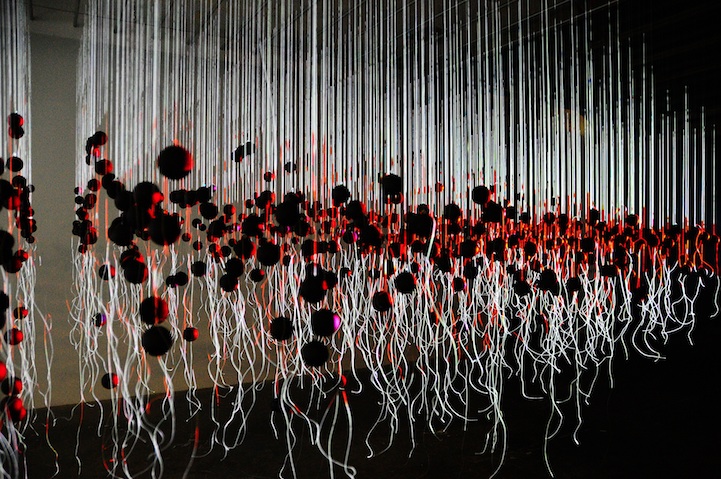 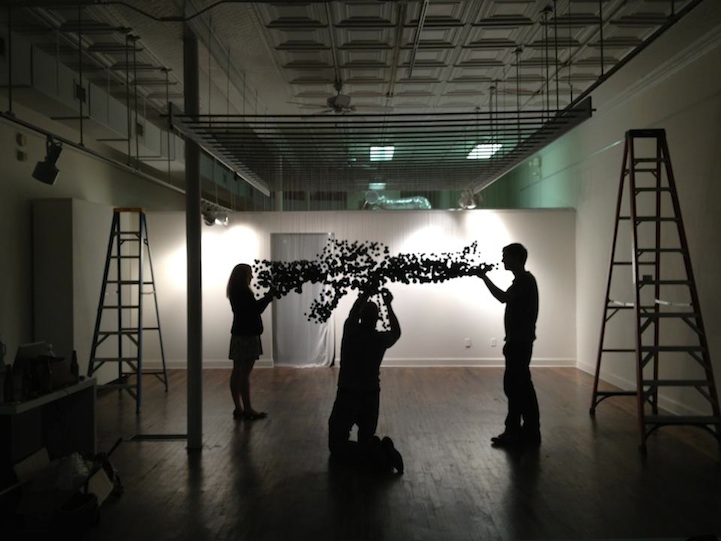