Complex Cardboard Sculpture of TIME’s Person of the Year 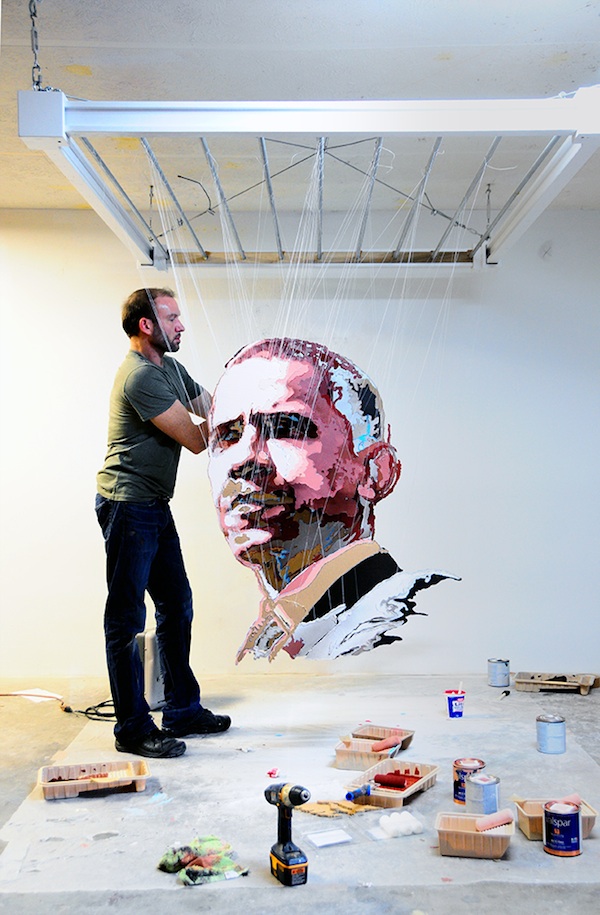 Michael Murphy, the Georgia-based artist who creates those incredible multilayered sculptures, just unveiled a new commissioned piece he created for TIME Magazine. For their iPad edition of their annual Person of the Year issue, Murphy made a huge 8′ X 6′ X 7′ cardboard sculpture of President Barack Obama.

“The goal with this piece was to capture Barack Obama's essence in a way that formally referenced the current political climate in America and offered a tactile glimpse at the divide between its two dominant political parties,” he writes. Consisting of 66 hand-cut cardboard plates suspended with white braided fibers, the sculpture is meant to take on different meaning depending on your vantage point.

“Straight on, the shapes are perfectly organized, creating a graphic portrait of Obama as a strong leader,” states Murphy. “As the viewer moves around the sculpture, seeing it and the points of view change, the image of the president becomes distorted and the layers become their own separate pieces.

“In the distortion, viewers are encouraged to see the red and blue edges of the plates as indications of the electoral divides. From the side, the forward momentum of the piece, as it protrudes out into space suggests growth, progress, movement, and the partisan divide.” 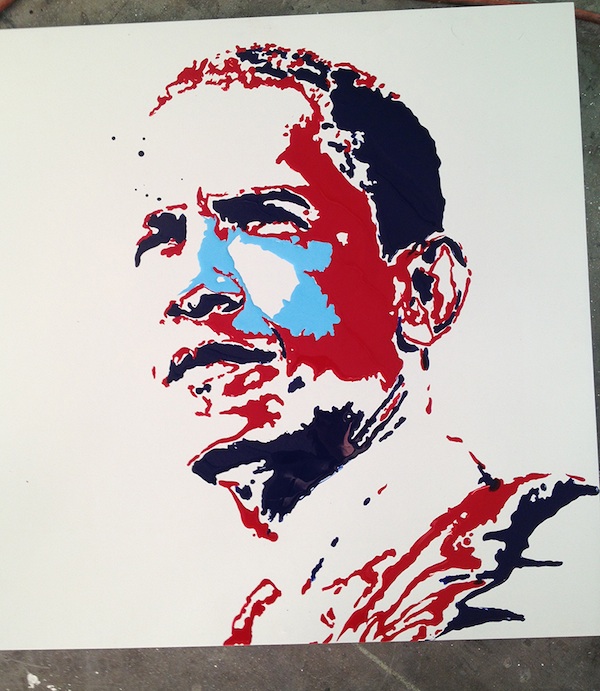 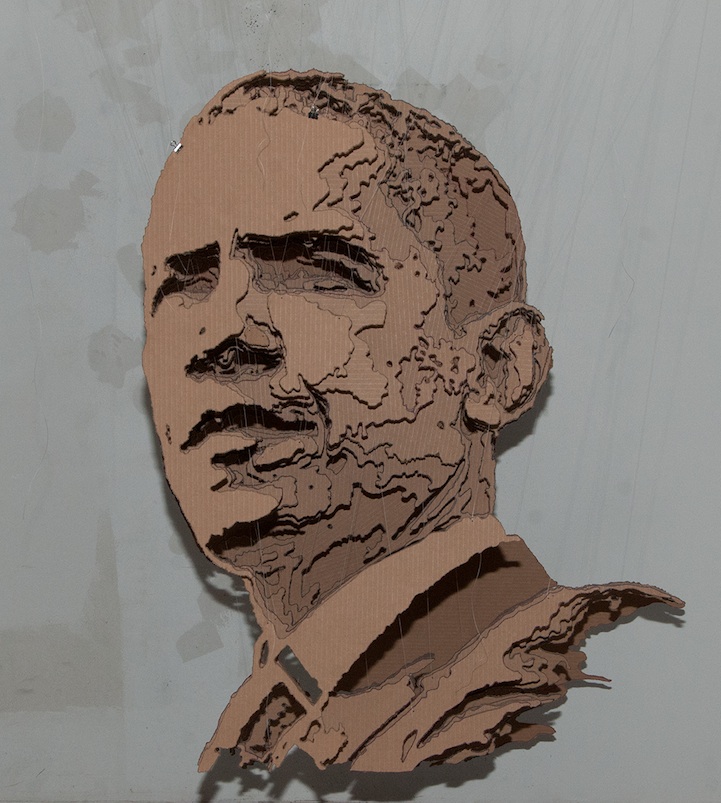 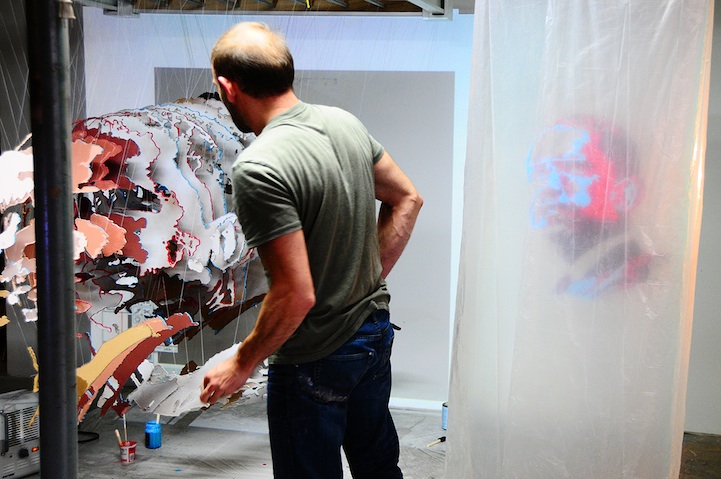 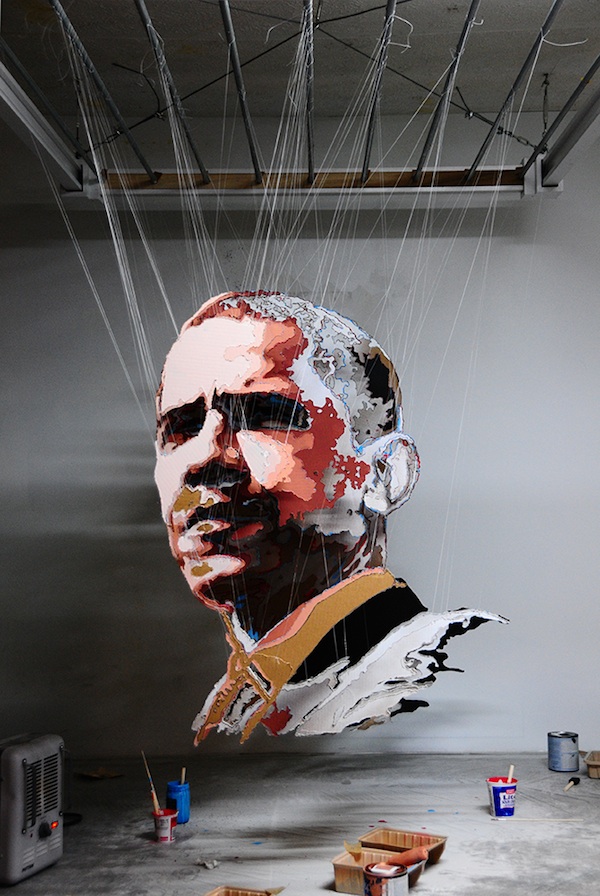 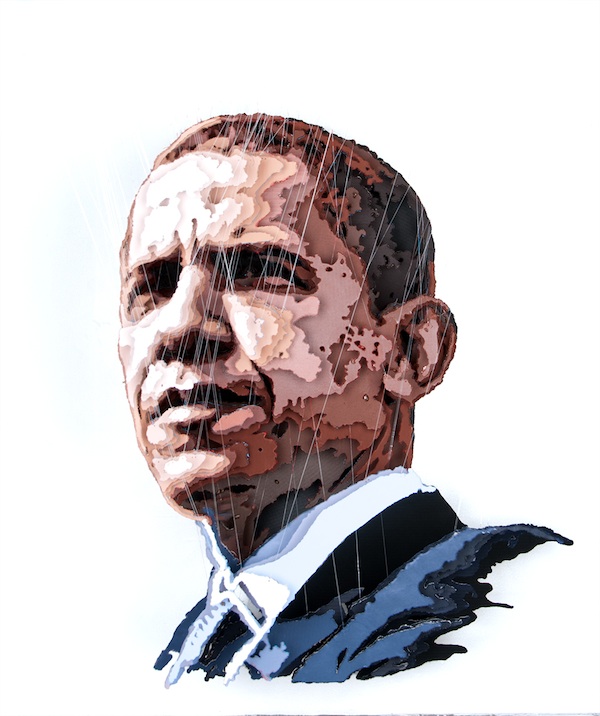 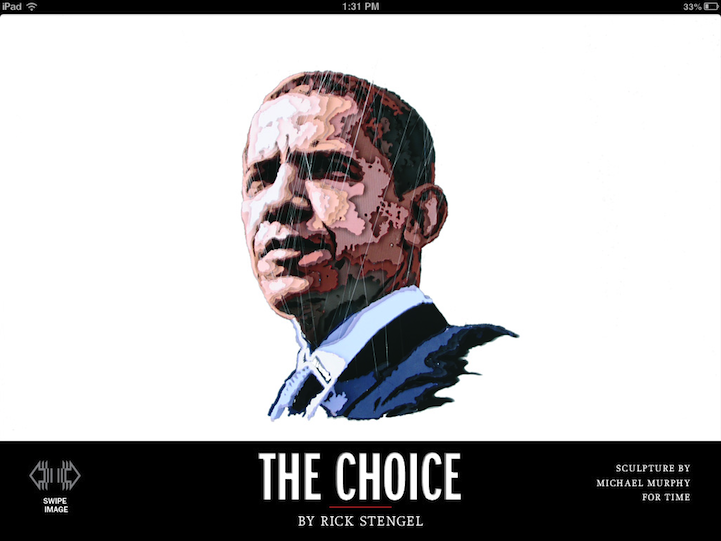 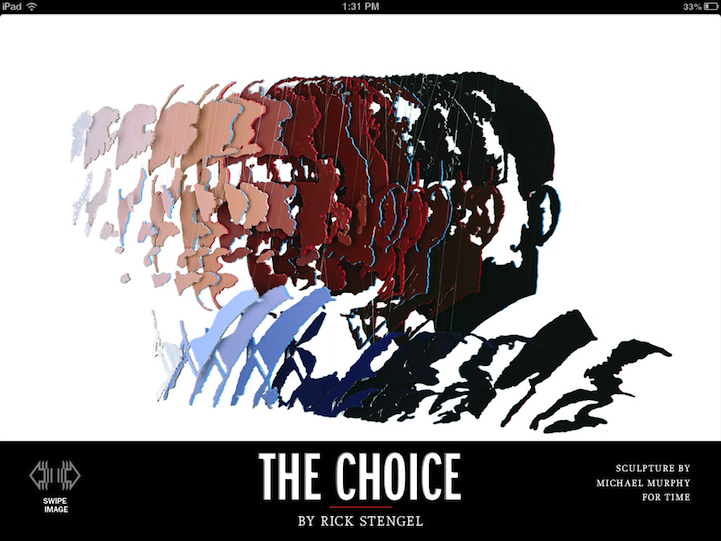