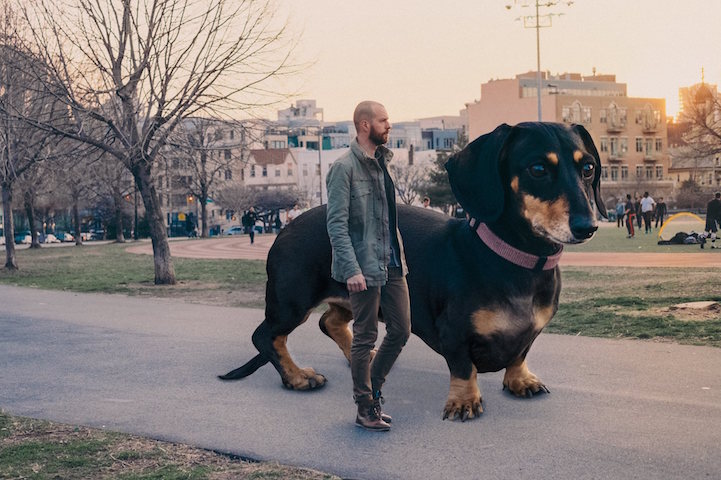 Together with his canine companion, artist Mitch Boyer is working on Vivian the Dog Moves to Brooklyn, a children’s book about a big dachshund’s relocation to the “big city.” New York may be large, but when it comes to the title’s four-footed character, “big” might actually be an understatement—with photo-illustration techniques and visual effects similar to those used in films like The Hobbit, Boyer has transformed his tiny pup into an adorable giant, towering head-to-head with her owner at six feet tall.

Boyer has been raising money for the publication via Kickstarter, where he explains that he and Vivian have moved between four states, five cities, and ten different homes during their five years as pet and owner. After two years in Brooklyn, they’re planning to stay, but the stress of moving to a brand new place remains a clear memory, hence the inspiration for the project. Every year in the U.S., more than 5.5 million children between the ages of 1 and 9 have to move with their families, and Mitch wants to give comfort to those kids as they say goodbye to their old stomping grounds and settle into unfamiliar environments.

In the 32-page book with full-color photo-illustrations by Boyer and lettering and illustration by Valerie Navarro, the pup and her human (aka Boyer) move from Albuquerque, New Mexico to Brooklyn, where Vivian is said to be “the only giant wiener dog around,” barely able to squeeze into her new living room. She decides to try to venture back to Albuquerque alone—but we’ll have to get the book to see whether she’s successful. Though he doesn't divulge how the tall tale ends, Boyer does share the behind-the-scenes scoop on his artistic process: each page begins with a paper sketch or storyboard, followed by compiling props and planning the setting and composition. After the photo shoot, several images are compiled in a composite, and each final result—though it takes more time and effort than a standard photograph—is a fun and surreal twist on a truly sweet relationship between man and man’s best friend.

With 15 days left in the Kickstarter campaign, Vivian the Dog Moves to Brooklyn has already surpassed its original $10,080 target by more than $4,000. Now, Boyer is aiming for a stretch goal of $20,000. The funding will go towards printing, traveling to Albuquerque, and finding and paying an animal actor to play Vivian’s costar character named Lulu. You can show your support here. 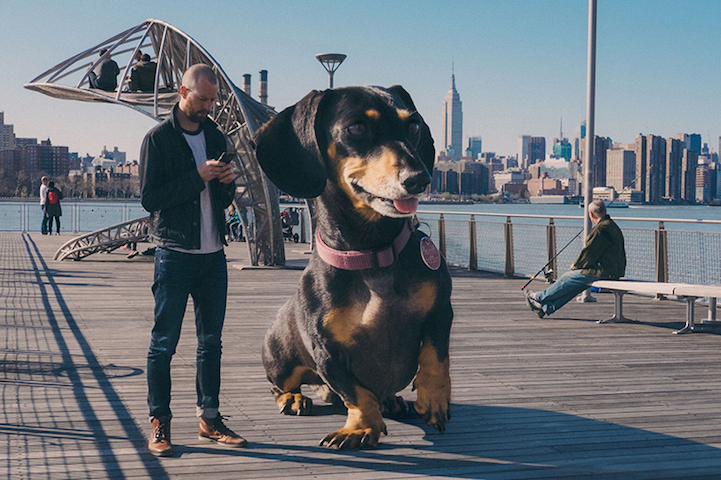 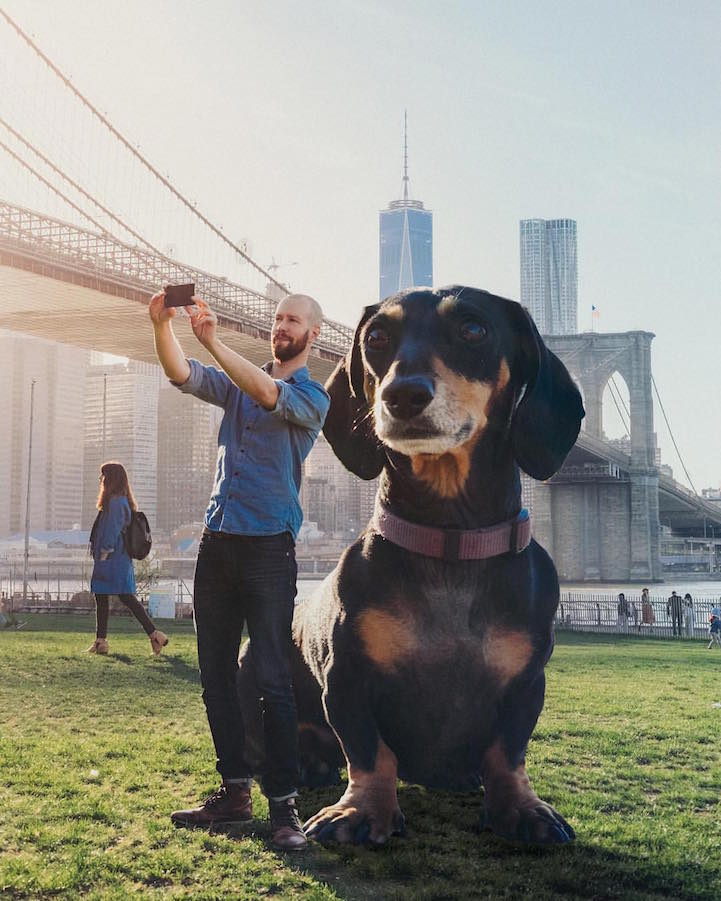 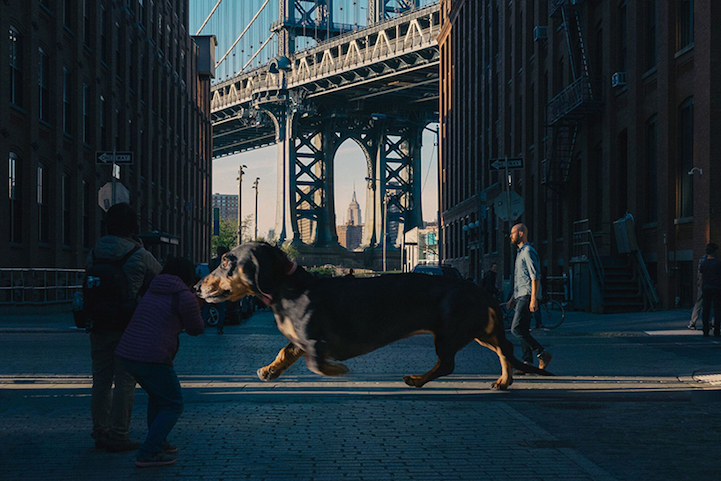 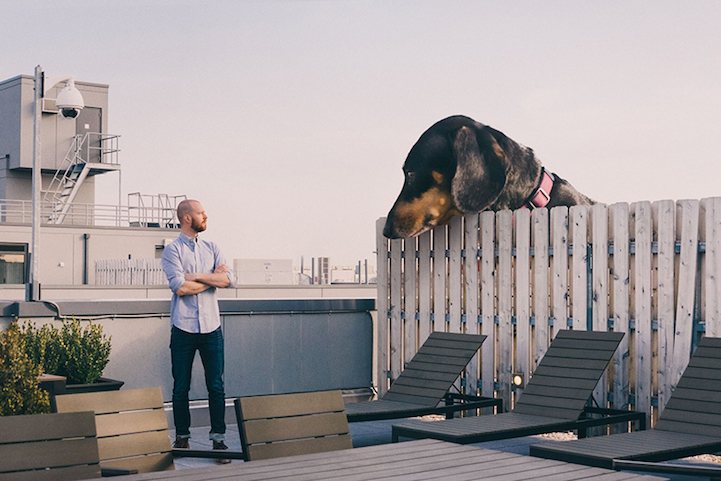 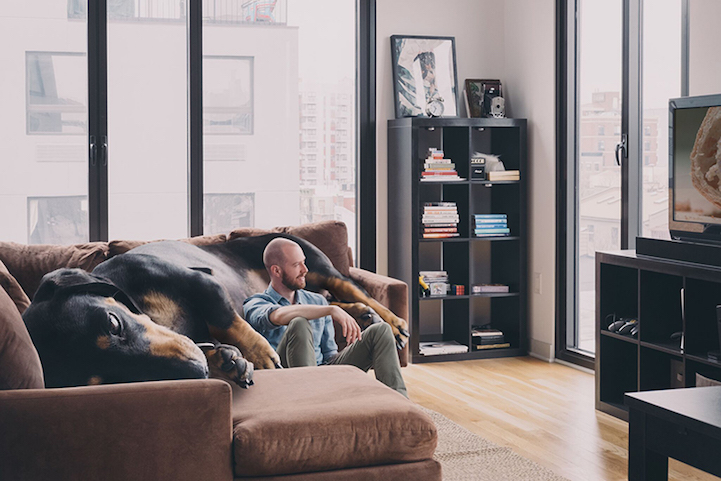 Here's what Vivian and Boyer really look like, side by side: 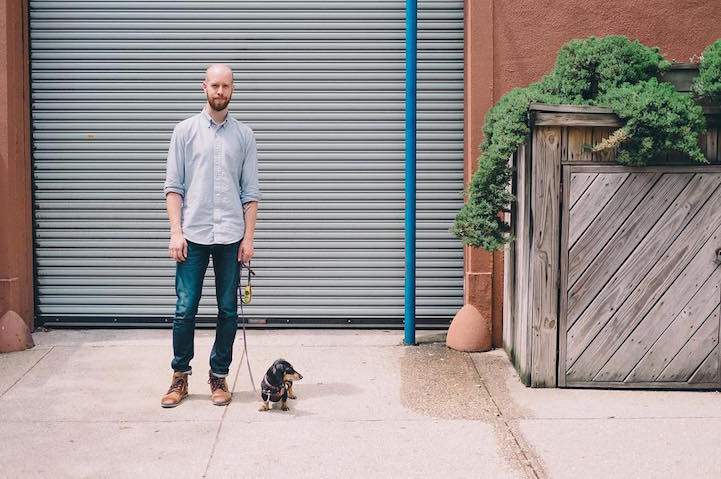 And here's a taste of the behind-the-scenes Photoshop magic involved:

All images via Mitch Boyer.