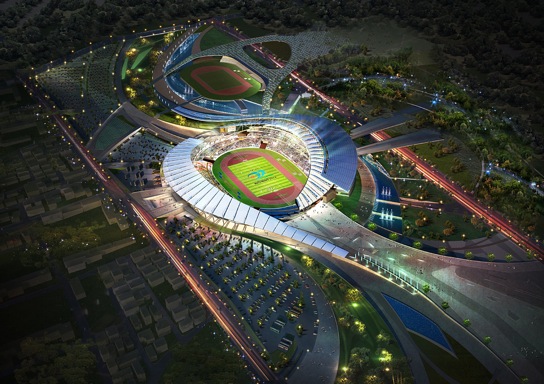 Global architecture firm Populous won the competition to create the main stadium for the 17th Asian games in Incheon, South Korea. The 70,000 seat, $400 million multipurpose stadium will be designed to be reconfigured into a single sided grandstand of 30,000-seats, within a park, after the Asian games. It will be located between Incheon International Airport and Seoul, and will be the first landmark building people see when traveling to Seoul from the airport.

“In architecture, as in dance, dynamic movement creates form, but can also be recognized by the space voids created around its form,” says Park. “The yin and yang of complementary opposites within a greater whole are represented inside the form of the master plan of the stadium, and the left over space around that form, becomes the main access to the building.” 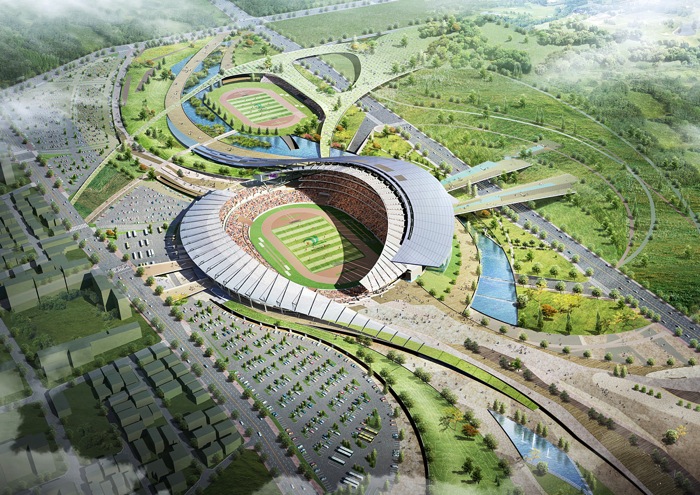 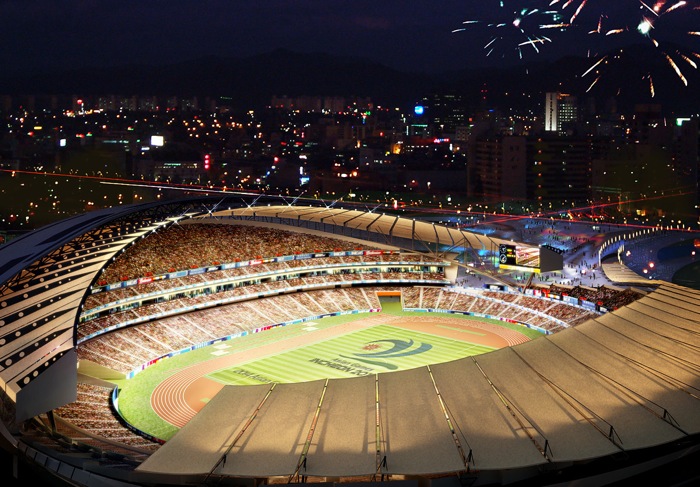 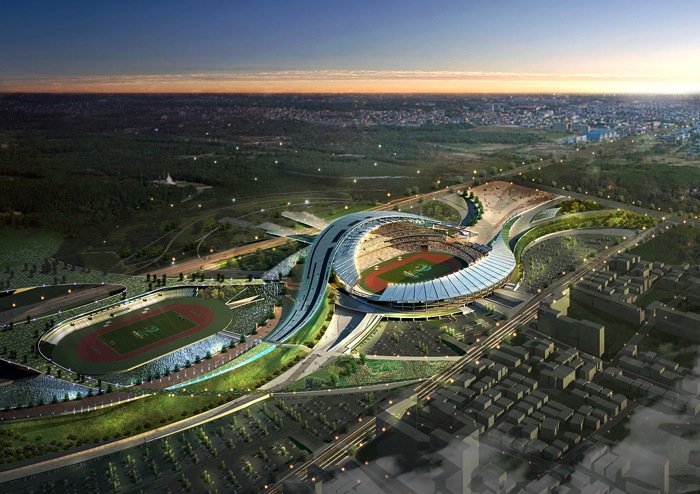 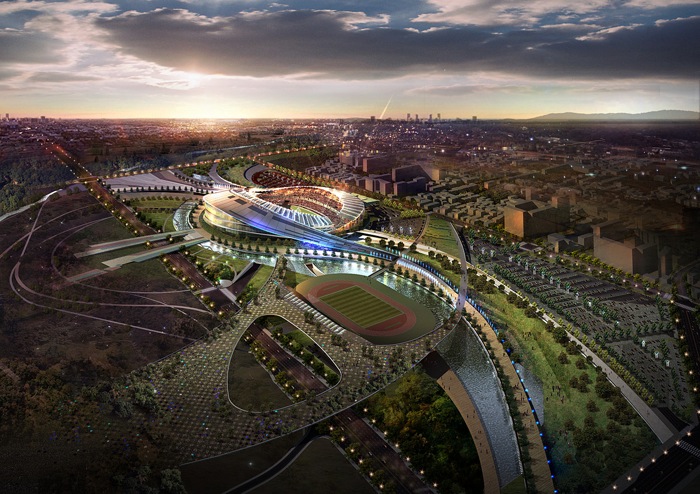