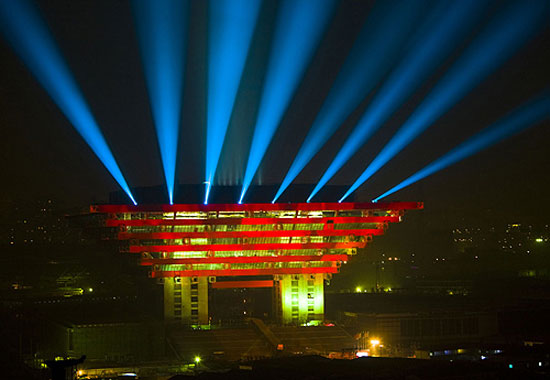 Construction is finally complete on the national pavilion for Shanghai's 2010 World Expo, which is set to start on May 1st of this year. The China Pavilion, also known as the Oriental Crown, represents the spirit of the people of China. It will be converted into a national history museum upon the conclusion of the expo next October. Painted red, like the Forbidden City, the Oriental Crown consists of four pillars with 6 floors expanding up and out. The 98 foot-high (30 meter) roof is constructed from 56 wooden brackets, which represent the 56 minority ethnic groups of China. Nine folded scripts engraved on the surface of the building list the short names of China's provinces. Designed by He Jingtang, the director of the Architectural Academy of the South China University of Technology, the pavilion includes many energy saving technologies. The exterior of the structure offers a temperature buffer zone and natural ventilation for the interior. The inverted shape of the pavilion acts as shading for the entire building as well as the courtyard below, while the roof harvests rainwater. 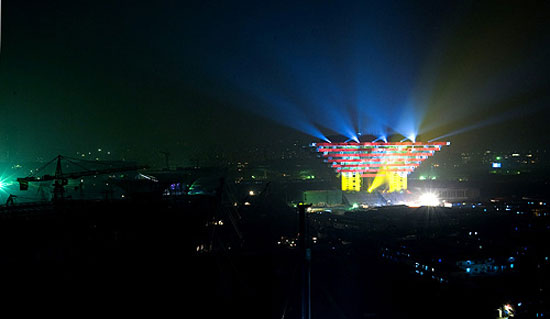 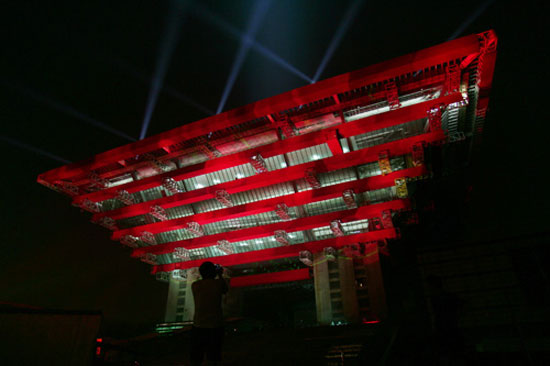 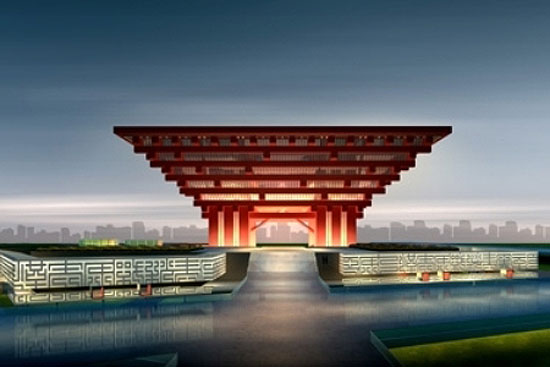