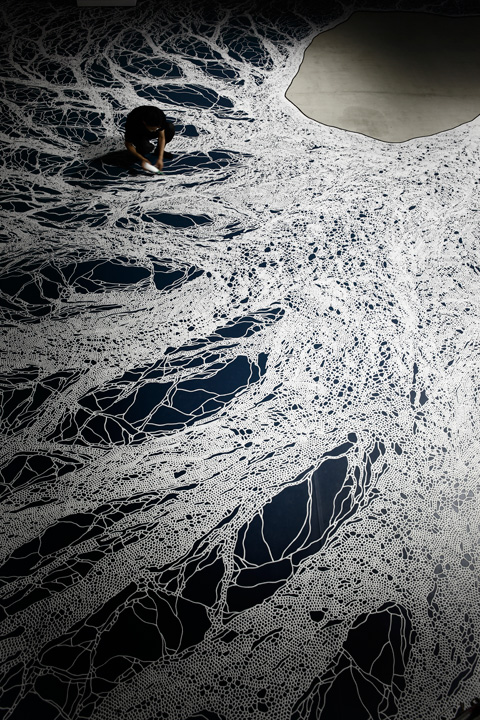 Japanese artist Motoi Yamamoto creates incredibly intricate mazes made entirely out of salt! Currently showing at the Hakone Open-Air Museum in Kanagawa, Japan is one of his newest works entitled “Forest of Beyond.”

The story about why Yamamoto started down this path is a sad and tragic one. He was a third-year student at the Kanazawa College of Art in 1996 when his younger sister died at the young age of 24 – two years after being diagnosed with brain cancer. To ease his grief and to honor her memory, he starting working on these installations. Salt has a special place in the death rituals of Japan, and is often handed out to people at the end of funerals, so they can sprinkle it on themselves to ward off evil. Since 2001, he's been creating these amazing floor installations by filling a plastic bottle, usually used for machine oil, with white salt and then sprinkling it on the floor.

The Hakone installation (seen above and immediately below) looks like a giant tree with vein-like branches. Working 14 hours a day, it took him two weeks to complete.

As he told Japan Times, “I draw with a wish that, through each line, I am led to a memory of my sister. That is always at the bottom of my work. Each cell-like part, to me, is a memory of her that I call up, like a tiff I had with her over a pudding cake she took from the fridge. My wish is to put such tiny episodes together.”

See a selection of his other incredible works, below. 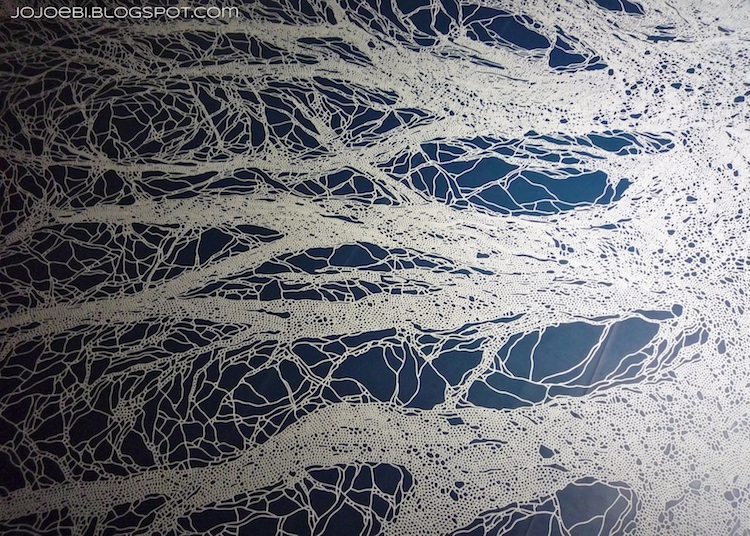 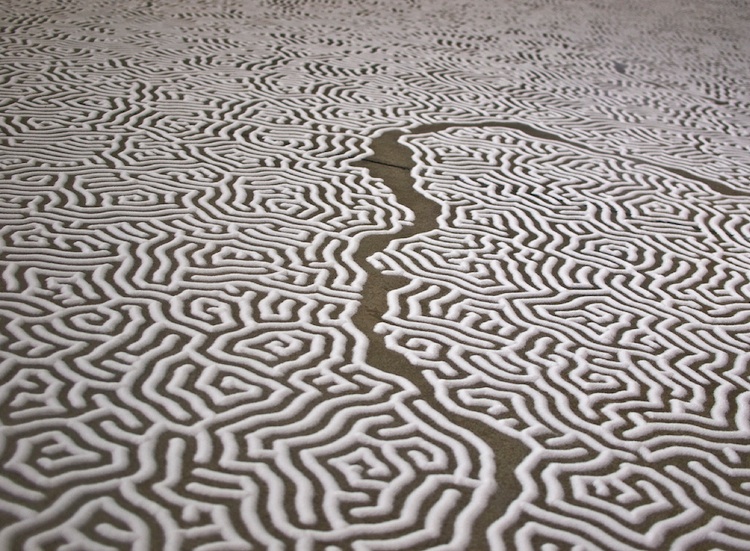 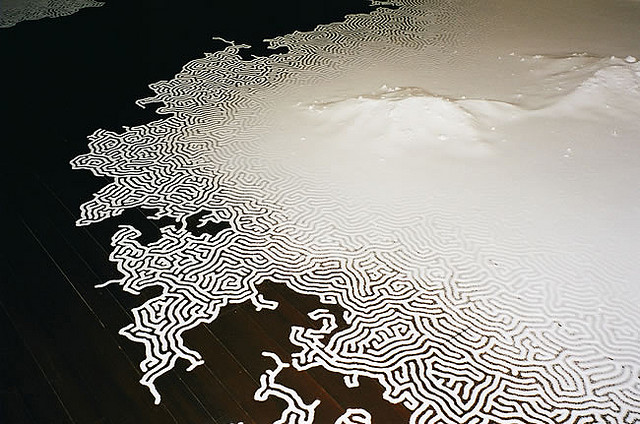 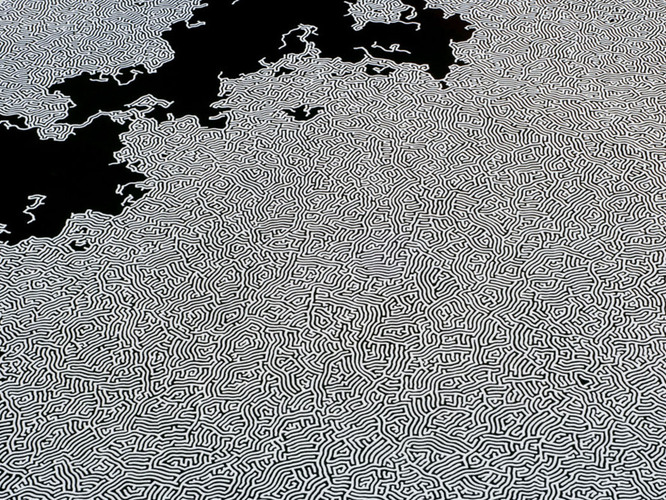 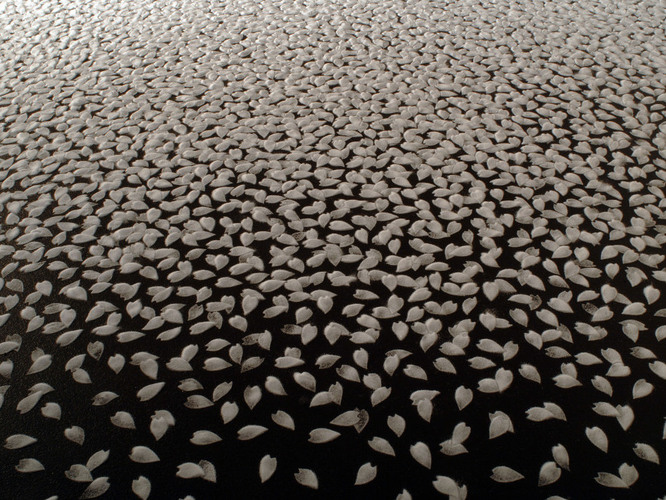 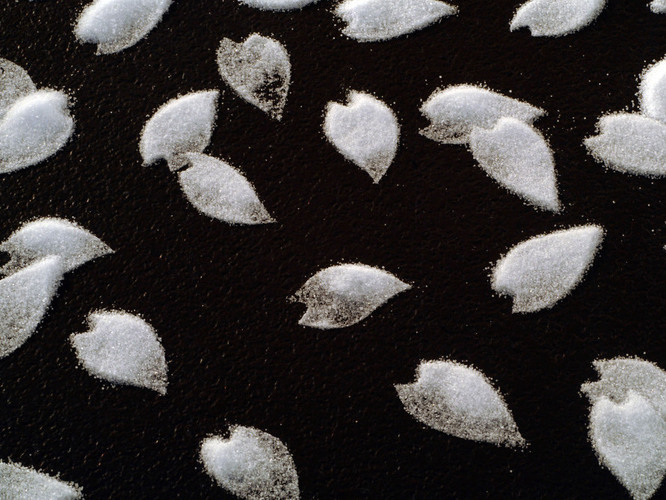 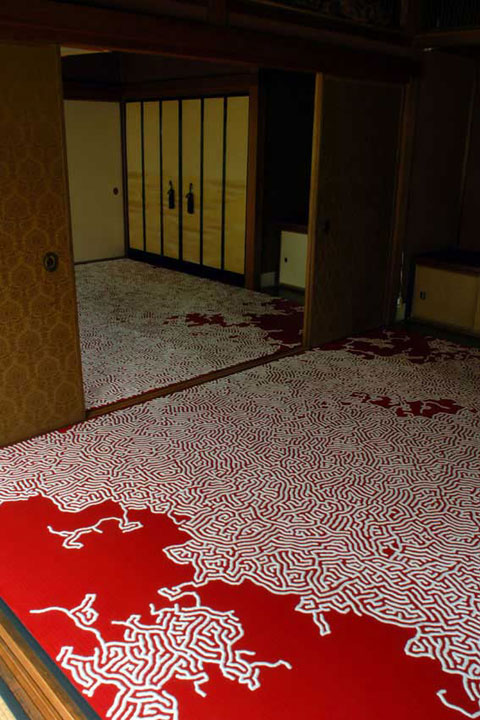 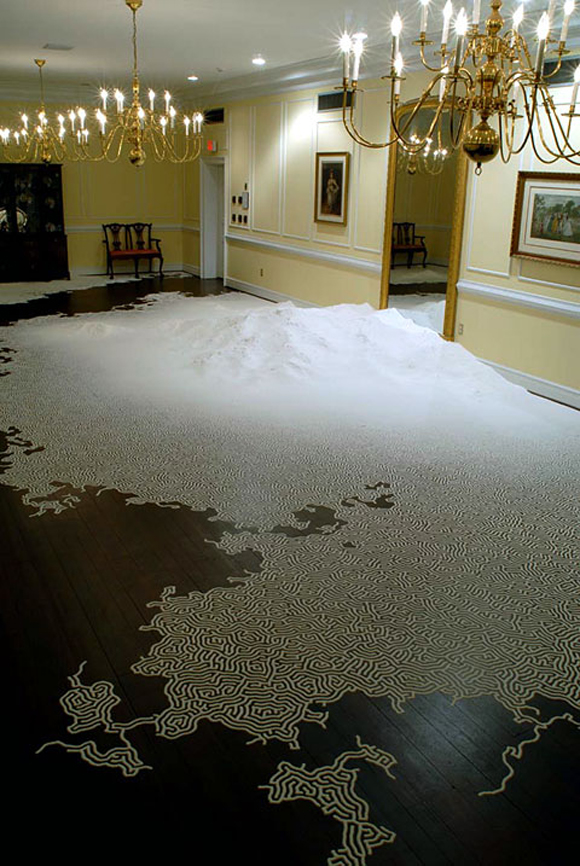 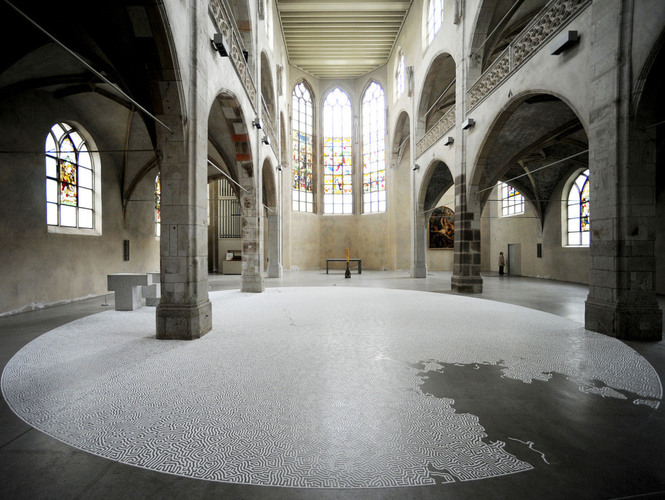 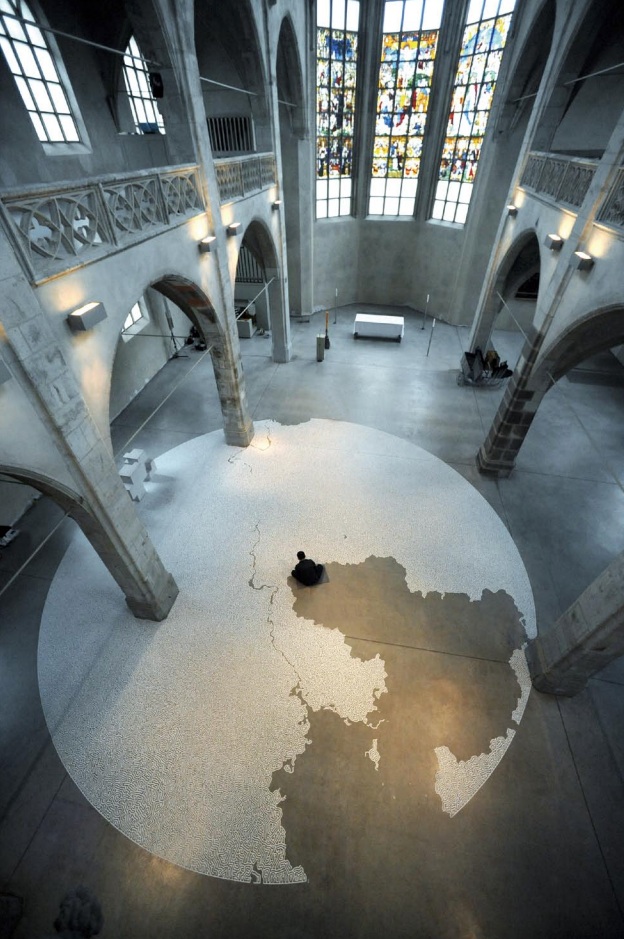