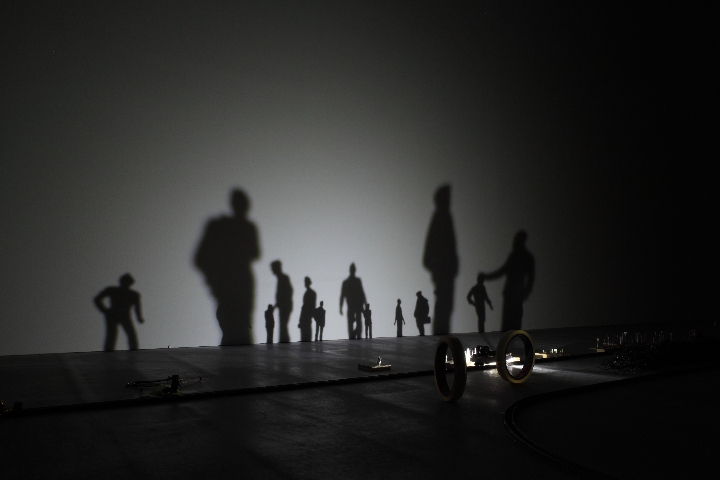 On the front of a model train running around a darkened room is a small, lit-up LED light. As the train moves slowly along its route, small and large objects are projected onto the walls and ceiling. Due to the movement of the light source, the shadows of the stationary objects appear to move, leaving viewers with the impression that they are passengers riding on the train (watch video, below).

The Tenth Sentiment is the creation of Japanese artist Ryota Kuwakubo. The installation was exhibited at the NTT InterCommunication Center, an innovative cultural facility in Tokyo.

For over two decades, Kuwakubo has been creating works using mainly electronics based on a theme of relationships formed across various boundaries, such as “analog and digital, humans and machines, and information transmitters and receivers.” He creates devices that are designed not only for providing experiences, but also as tools for establishing communications between the people who experience them. 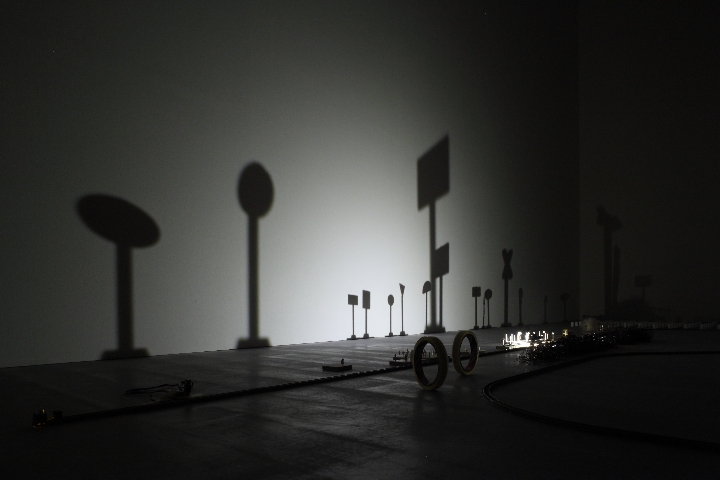 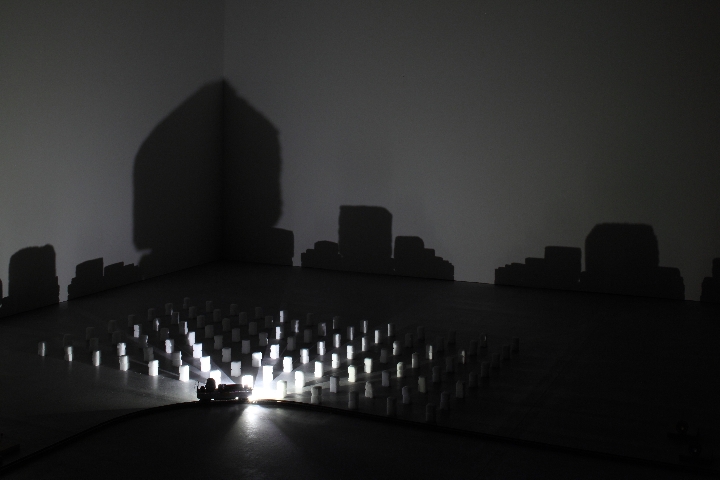 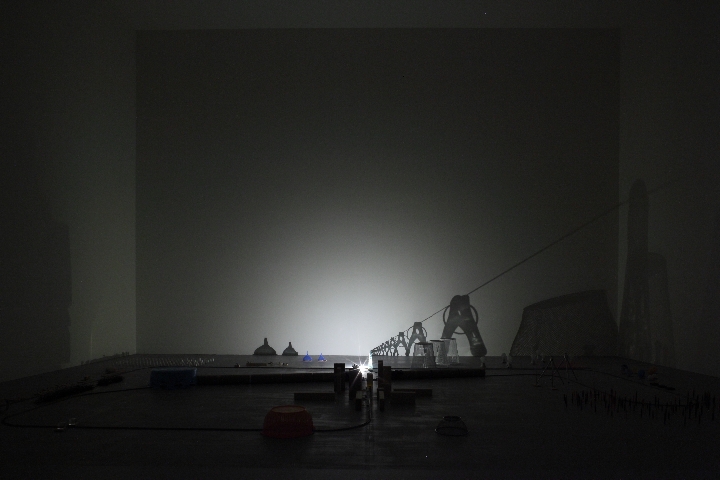 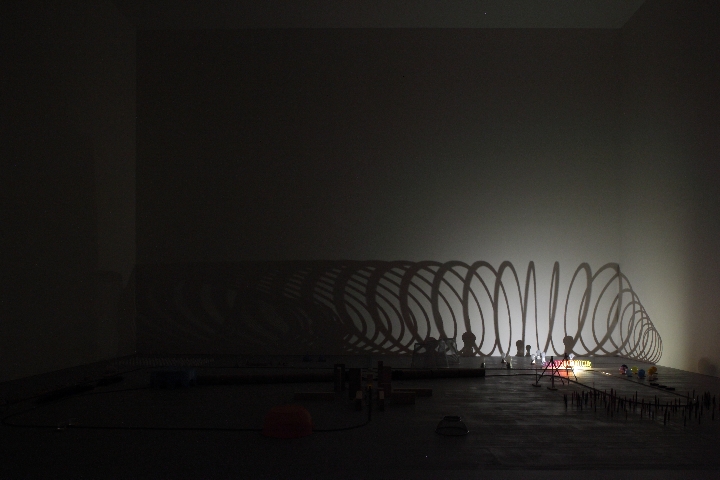 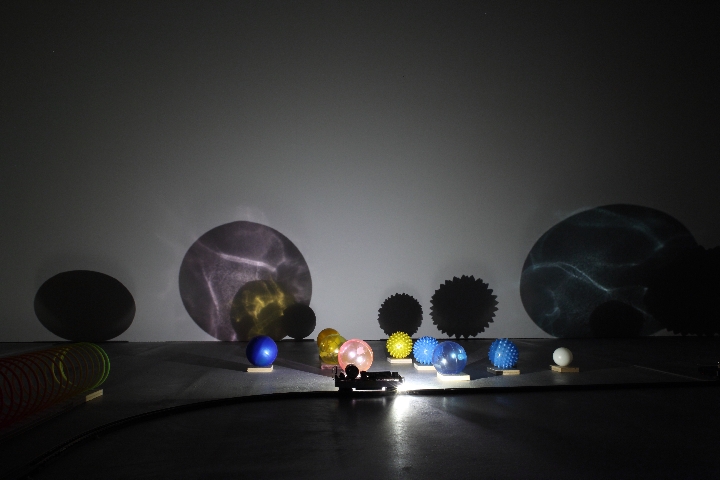 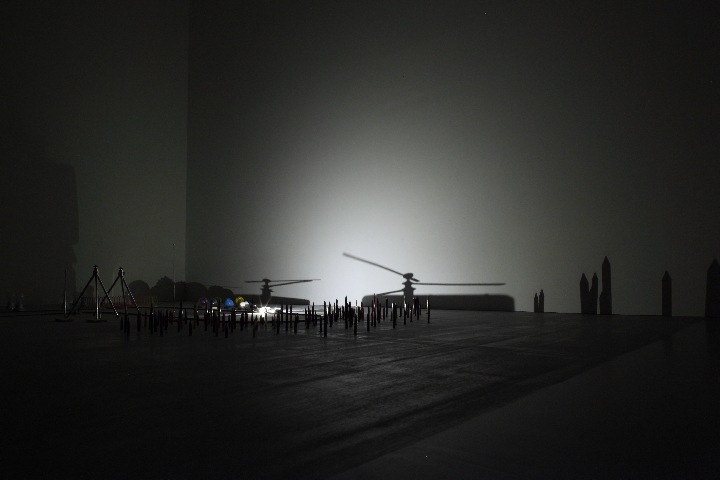 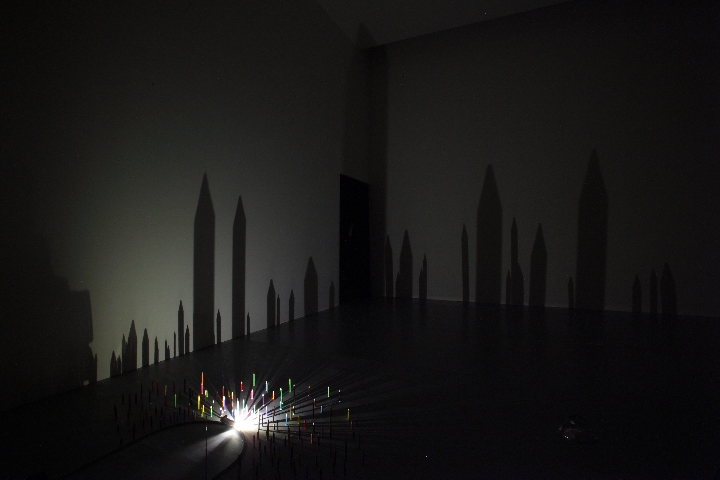 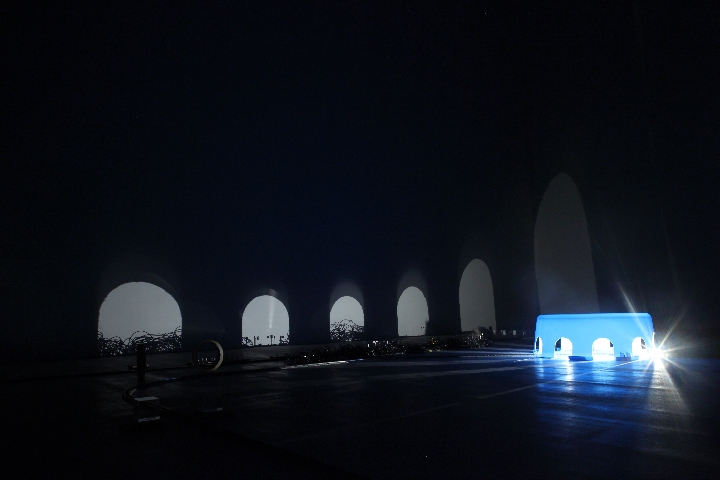 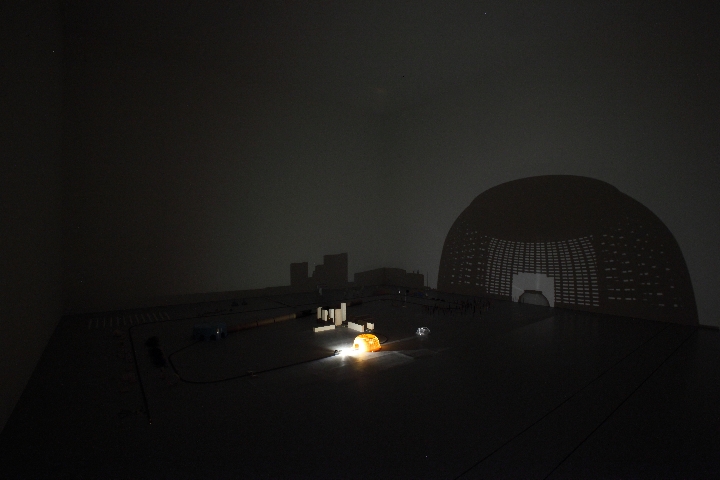