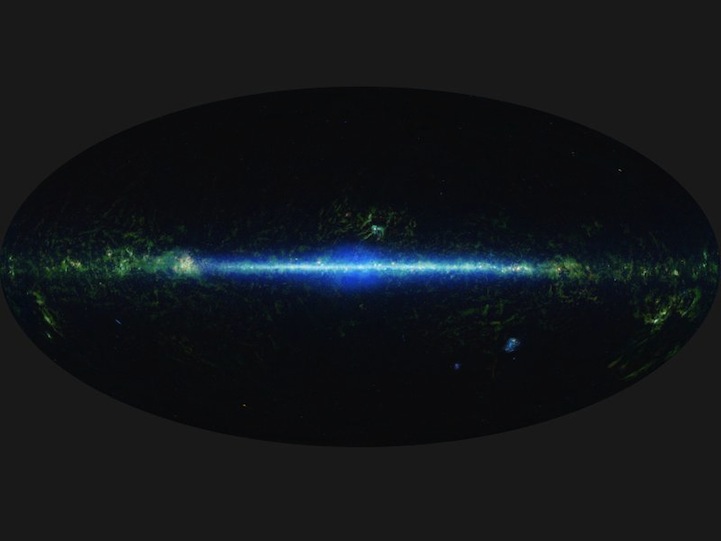 NASA recently unveiled a new atlas and catalog of the entire infrared sky, which includes more than a half billion stars, galaxies and other objects captured by the Wide-field Infrared Survey Explorer (WISE) mission. It is comprised of more than 2.7 million images taken at four infrared wavelengths of light, capturing everything from nearby asteroids to distant galaxies.

The sky can be thought of as a sphere that surrounds us in three dimensions. To make a map of the sky, astronomers project it into two dimensions. The projection used in this image of the sky, called Aitoff, takes the 3D sky sphere and slices open one hemisphere, and then flattens the whole thing out into an oval shape.

In the mosaic, the Milky Way Galaxy runs horizontally across this map. The Milky Way is shaped like a disk and our solar system is located in that disk about two-thirds of the way out from the center.

Three of the four wavelengths surveyed by WISE were used to create this image. The colors used in this image represent specific wavelengths of infrared light. Cyan (blue-green) represents light emitted predominantly from stars and galaxies, while green and red represent light mostly emitted by dust.

WISE observations have led to numerous discoveries, including the elusive, coolest class of stars. Astronomers hunted for these failed stars, called “Y-dwarfs,” for more than a decade. Because they have been cooling since their formation, they don't shine in visible light and could not be spotted until WISE mapped the sky with its infrared vision. 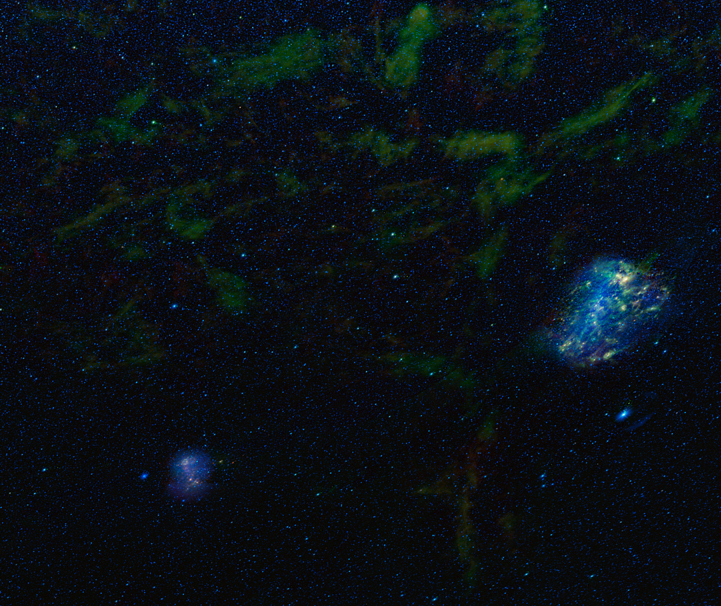 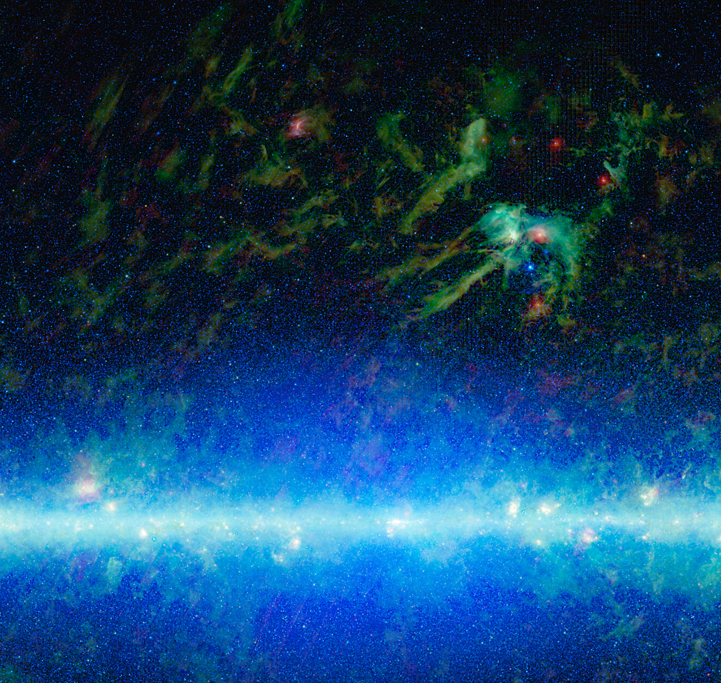 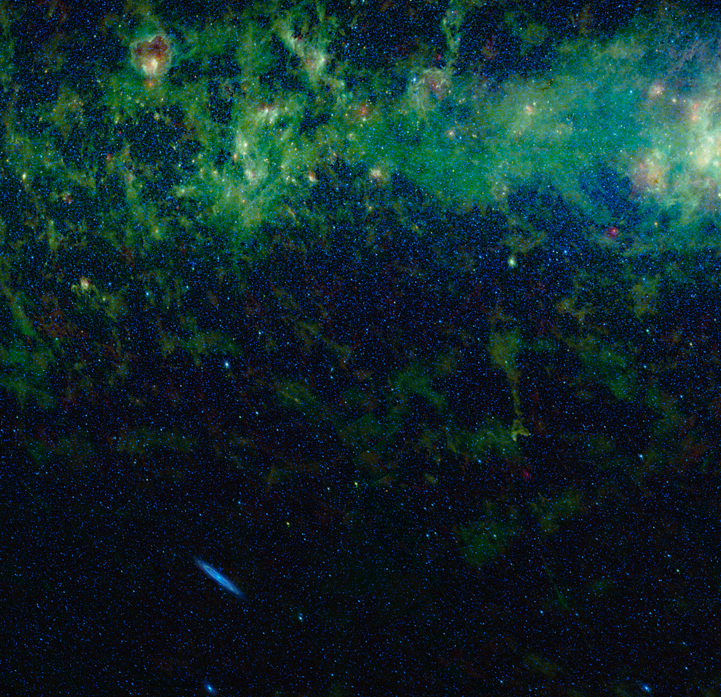