Fascinating Photos of the Serengeti Lions by Michael Nichols 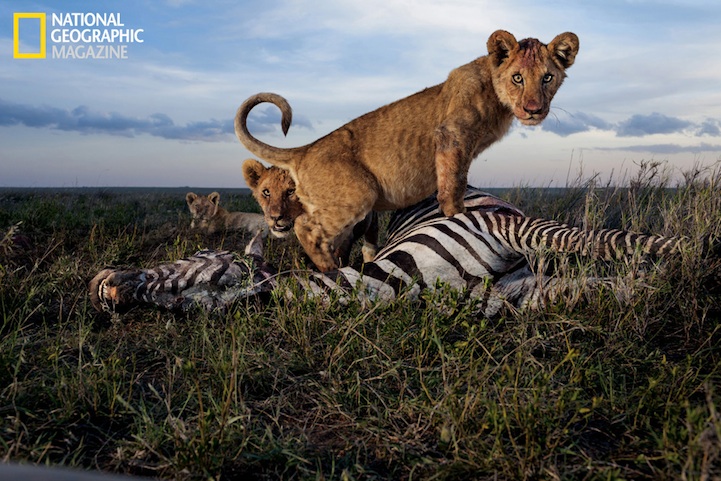 Our friends over at National Geographic just sent word about a special feature inside the August issue of National Geographic magazine. The in-depth article features fascinating photos by Michael “Nick” Nichols who spent two years in the field for this assignment. He actually lived in the Serengeti to capture these one-of-a-kind shots of lion behavior.

National Geographic recently launched a fantastic web experience where you can see the culmination of a project that began nearly seven years ago. Nichols and his team used an incredible amount of technology and equipment to capture amazing video, audio and stills. This includes everything from infrared cameras and camera traps to remote controlled cars, robots, and helicopters. The immersive, full-screen experience, makes you feel like you're right in the thick of it.

The article that accompanies this web experience can be found here or in the August issue of National Geographic magazine. Called The Short Happy Life of a Serengeti Lion, it chronicles the life of a magnificent, dark-maned male known simply as C-Boy.

They say that cats have nine lives, but they don't say that about the Serengeti lion. Life is hard and precarious on this unforgiving landscape, and dead is dead. For the greatest of African predators as well as for their prey, life spans tend to be short, more often terminating abruptly than in graceful decline. An adult male lion, if he's lucky and durable, might attain the advanced age of 12 in the wild. Adult females can live longer, even to 19. Life expectancy at birth is much lower, for any lion, if you consider the high mortality among cubs, half of which die before age two. But surviving to adulthood is no guarantee of a peaceful demise. For a certain young male, black-maned and robust, known to researchers as C-Boy, the end seemed to have arrived on the morning of August 17, 2009.

Above – Cubs of the Simba East Pride: Too young to kill but old enough to crave meat. Adult females, and sometimes males, do the hunting. Zebras and wildebeests rank high as chosen prey in the rainy season.
Michael Nichols/National Geographic 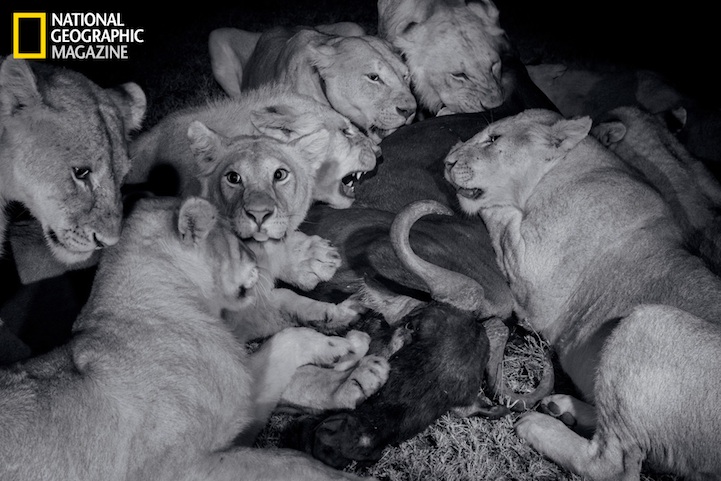 Large cubs of the Vumbi pride and a grown female (fifth from left) feast on a wildebeest. The darkest, moonless hours are prime hunting time because the cats can see better than their prey. These black-and-white photographs were made with infrared light to minimize disruption to the lions.
Michael Nichols/National Geographic 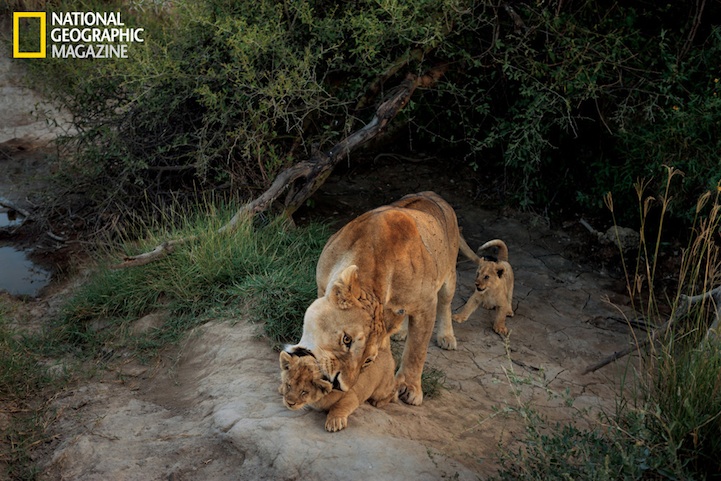 A female wrangles her infant cubs. During the first few weeks, when they're too young for the competitive jumble among older cubs in the pride and so vulnerable to predators, she keeps them hidden away in a den. But these will soon join the group.
Michael Nichols/National Geographic 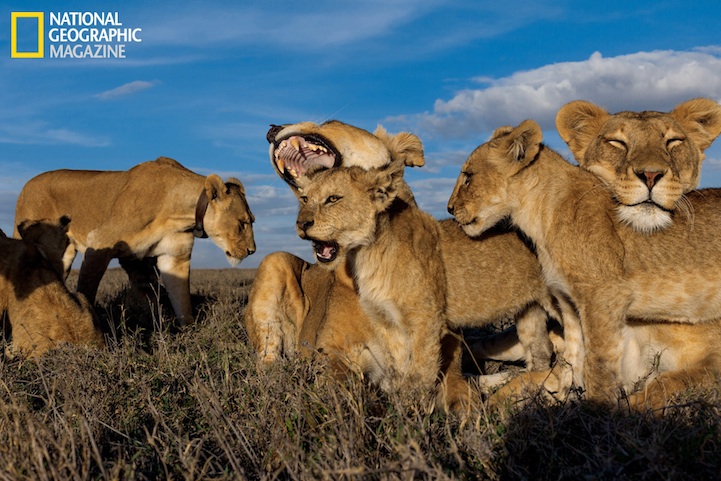 Older cubs like these Vumbi youngsters are raised together as a crche, or nursery group. Pride females, united in the cause of rearing a generation, nurse and groom their own and others' offspring.
Michael Nichols/National Geographic 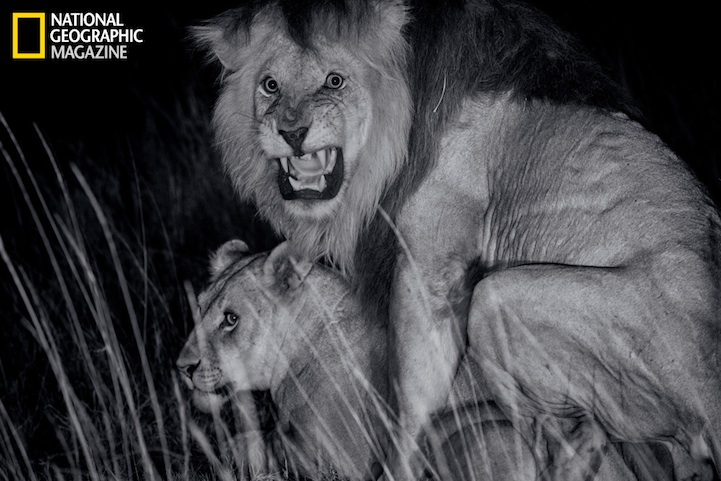 Death is always near, and teamwork is essential on the Serengeti–even for a magnificent, dark-maned male known as C-Boy.
Michael Nichols/National Geographic 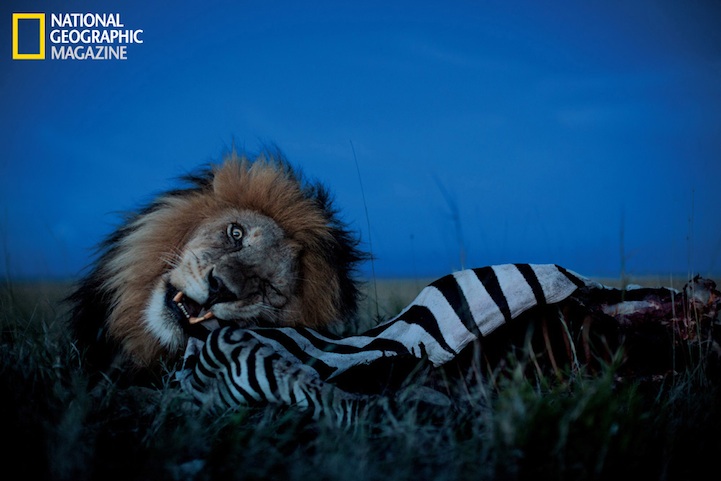 A male often asserts his prerogatives. C-Boy feasts on a zebra while the Vumbi females and cubs wait nearby, warned off by his low growls. Their turn will come.
Michael Nichols/National Geographic 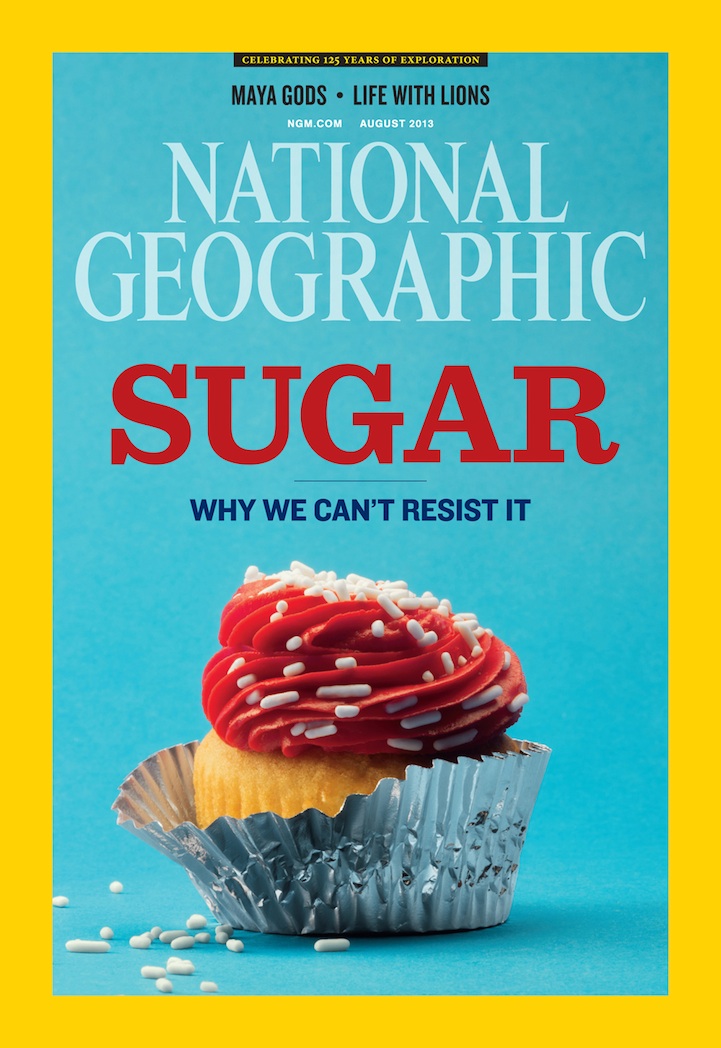 The Serengeti Lion on National Geographic