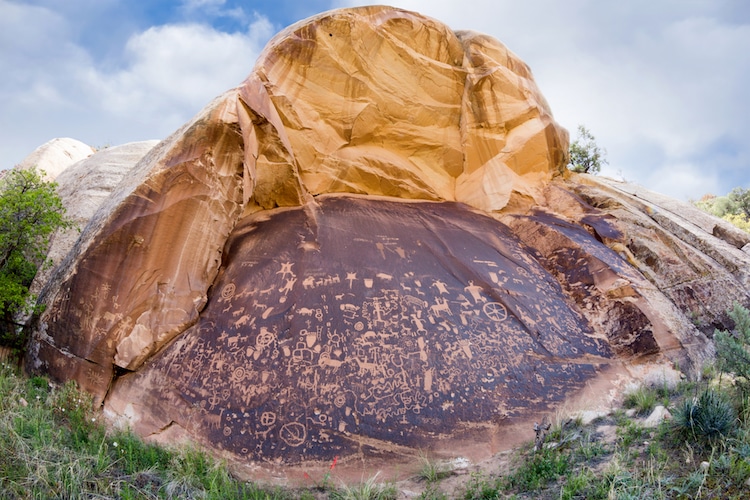 Along the Utah State Route 211 a monumental rock covered in Native American carvings juts out. Now a state historic monument, Newspaper Rock is one of the largest collections of petroglyphs and is easily accessible from the road leading to Canyonlands National Park.

The 200-square-foot rock is peppered with rock art dating back about 2,000 years, the surface scratched away in this primitive form of communication. Hundreds of images were created by a variety of cultures, including Archaic, Anasazi, Fremont, Navajo, Anglo, and Pueblo. In fact, in Navajo, the rock is called Tse' Hone, or “rock that tells a story.” The name Newspaper Rock is owed to that fact that certain areas seem to depict narratives that tell a story, making the rock a visual journal of important events.

What are petroglyphs and why are they important?

A form of rock art where the rock surface is picked, carved, or incised, this incredible form of primitive communication gives incredible insight into daily life during this archaic time. Not to be confused with petrographs, which are images painted or drawn onto a rock surface, this form of communication is widespread throughout the American southwest, and examples can be found on almost every continent around the world. 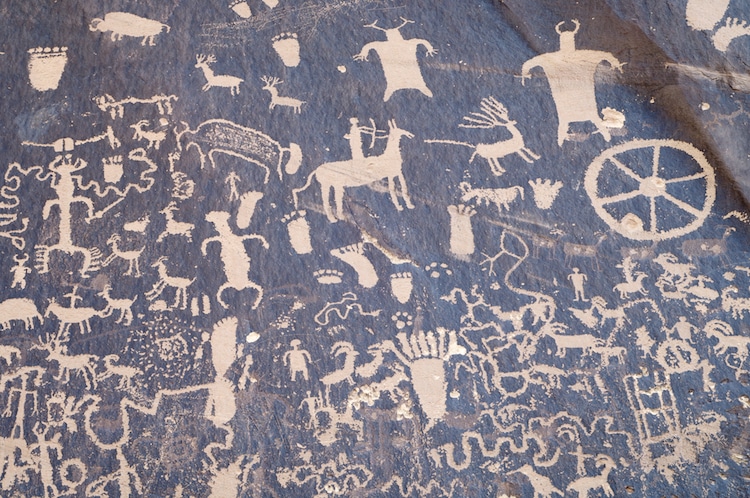 Though the precise meaning of most petroglyphs cannot be deciphered, especially as the rocks have multiple narratives etched over each other during the course of a long period, the simple drawings give clues into these cultures. For instance, of the more than 650 drawings on Utah's Newspaper Rock, we can see representations of deer, buffalo, and antelope, as well as riders on horses.

Dating the drawings can be difficult, but as the petroglyphs were incised into desert varnish, recoloration helps us understand their age relative to one another. Desert varnish is a dark manganese-iron deposit that builds up on the rock surface due to rainfall and bacteria. When scratched away, it reveals the lighter rock underneath, creating positive and negative space for the drawings.

Newspaper Rock is a must-visit area for anyone interested in Native American history, and, best of all, it's completely free. Can't make it to Utah? There are other stunning examples in the Petrified National Forest in Arizona, where an archeological site contains petroglyphs by Puebloan people scattered across numerous rocks.

Newspaper Rock along Utah State Route 211 is one of the largest single collections of petroglyphs—a primitive form of communication—in the world. 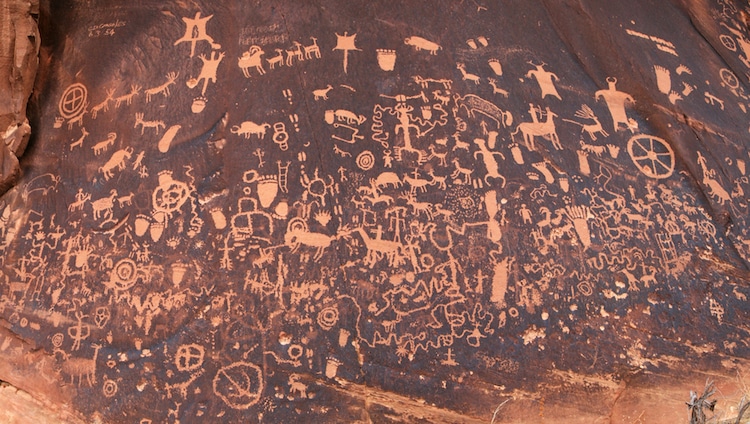 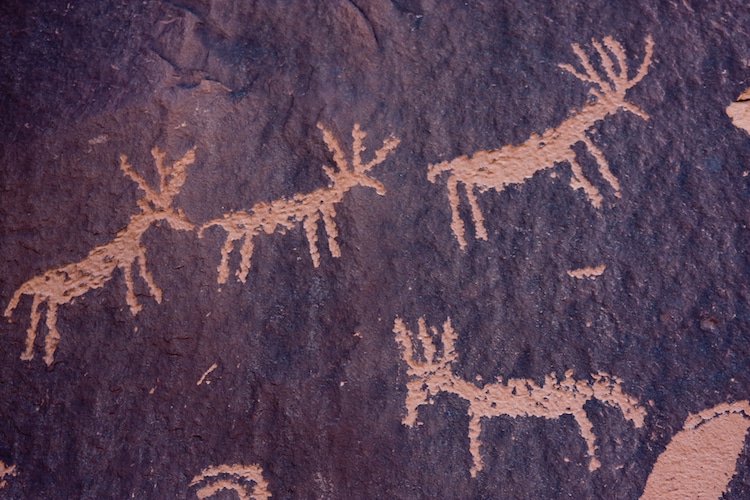 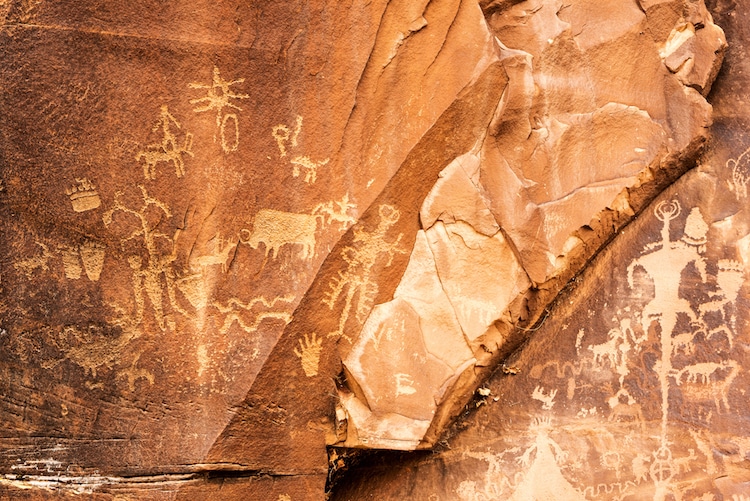 The Petrified Forest in Arizona also contains a wealth of rock art in the Newspaper Rock Petroglyphs Archeological District. 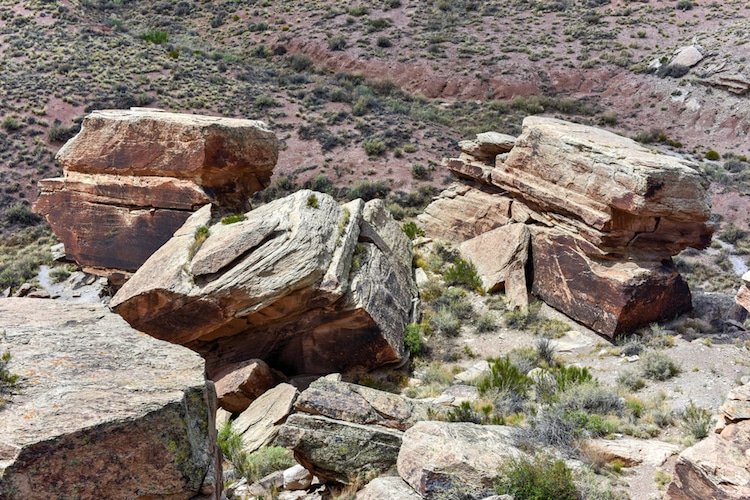 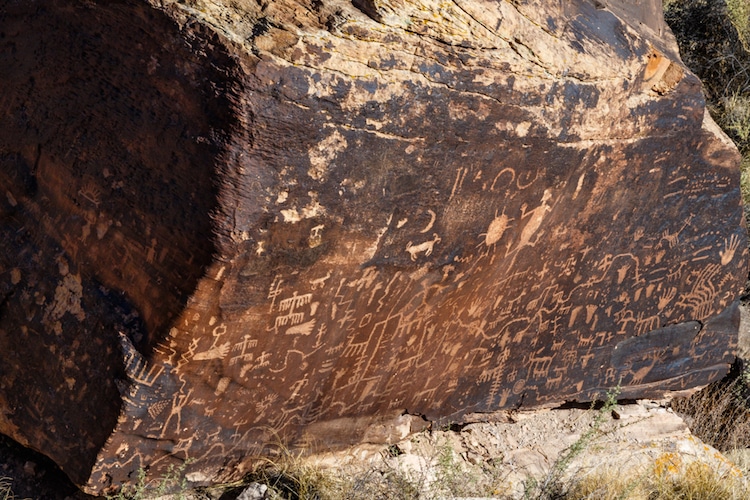