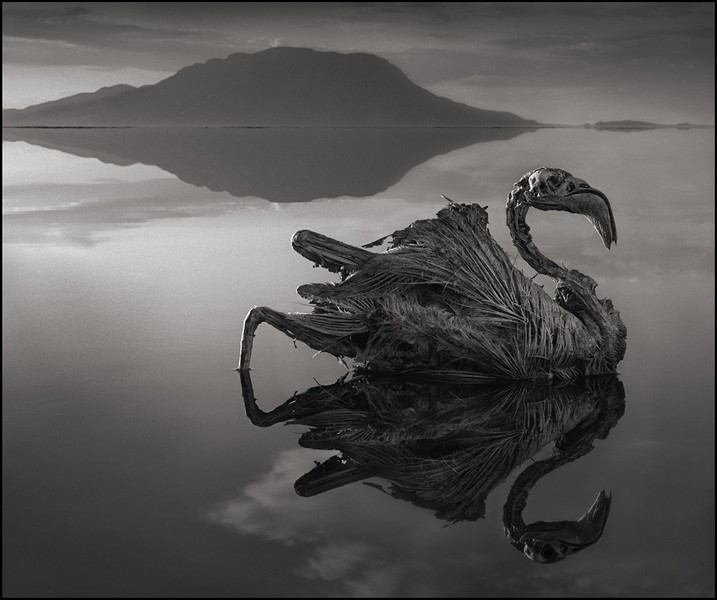 Quickly making their way around the web are these fascinating photos by Nick Brandt that show an eerie lake in Africa turning animals into stone. According to Brandt's new book, Across the Ravaged Land, Lake Natron in northern Tanzania is a death trap for birds and bats who appear to slam into it due to its surface's extremely reflective nature. Confused, the birds crash into the lake as if it is a plate glass window.

Temperatures in the lake can reach up to 60 C (or 140 F) and the water has an extremely high soda and salt content which causes “the creatures to calcify, perfectly preserved, as they dry.”

These deceased birds and bats were found on the lake's shoreline and then Brandt arranged them in “living positions” to bring them back to life, albeit for a few seconds before they died. “Reanimated, alive again in death,” he morbidly states. 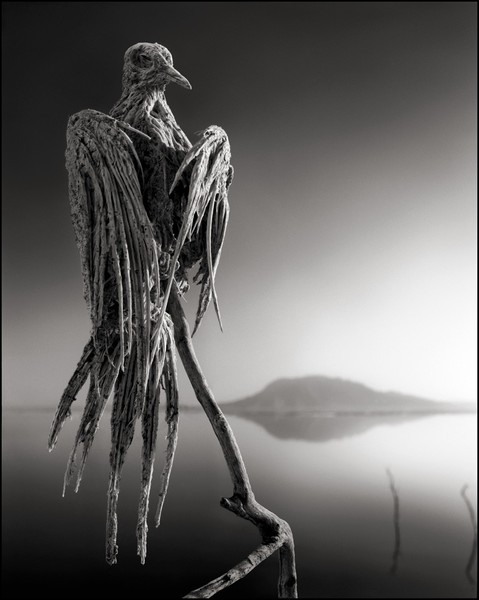 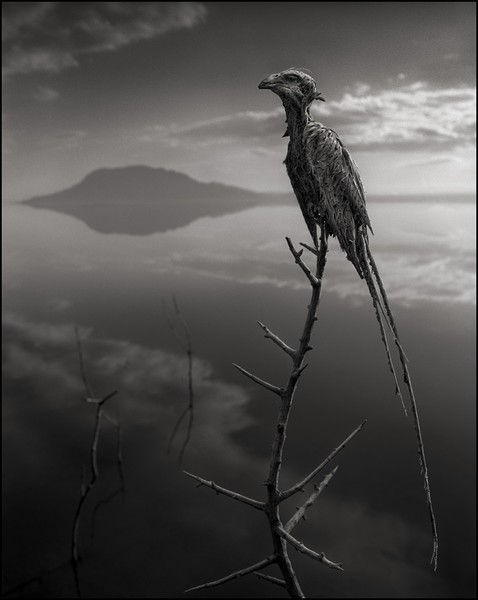 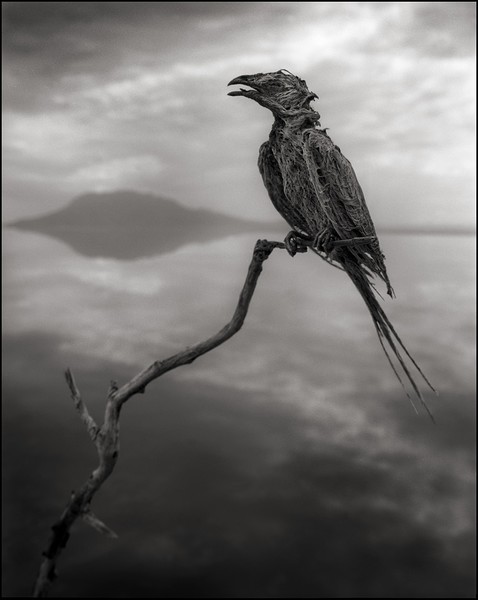 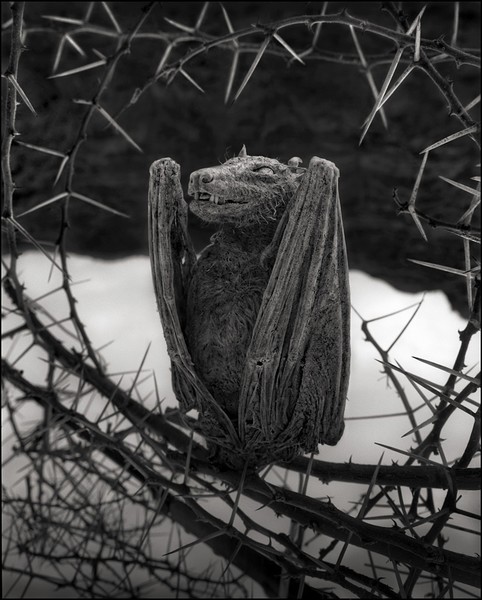