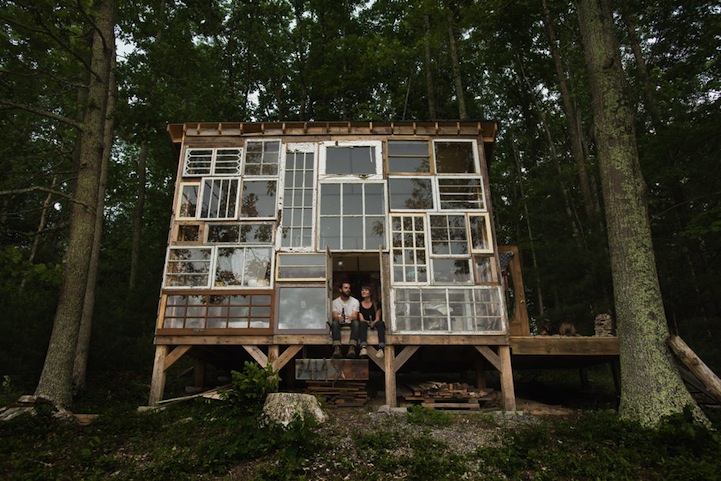 Located in the mountains of West Virginia, photographer Nick Olson and designer Lilah Horwitz have built their own enchanting retreat made out of discarded windows. The towering home away from home boasts a creative facade made of windows of varying sizes, giving it an artistic flair that is both rustic and modern. More than anything, though, it is a representation of the couple's diligent and penny-pinching efforts.

Salvaging most of their materials from a nearby abandoned barn, the creative duo was able to construct the incredible glass cabin with roughly $500 and several months' worth of elbow grease. Olson says, “We were able to make it a reality because we are first artists and creators. We had to be resourceful to do it cheaply.” This meant living off of beans and rice while dedicating their time and energy to constructing their one-of-a-kind home.

Olson and Horwitz admittedly don't spend their time at the cabin year-round, as they primarily live in Milwaukee, though they do enjoy an escape from time to time, amidst nature. Though the cabin the two have built doesn't include electricity or plumbing, it offers a refreshing “oneness” with the surrounding environment, heightening certain aspects of nature's beauty. Horwitz gushes about the wonderful light show created through their windows/wall just as the sun is setting. “That's when everything inside is on fire,” she says. 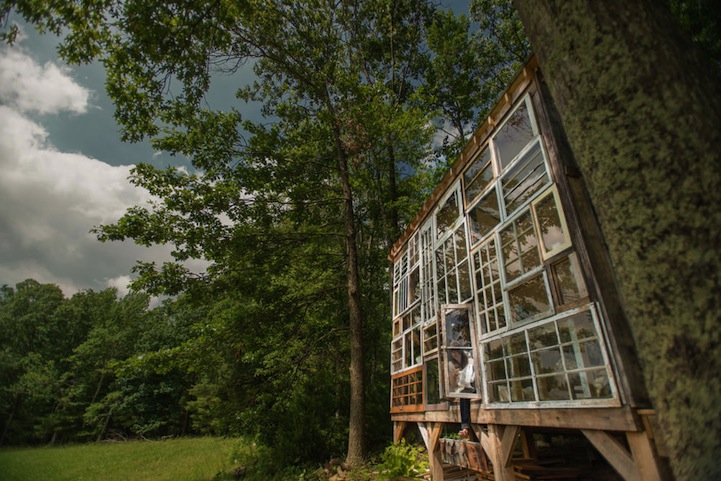 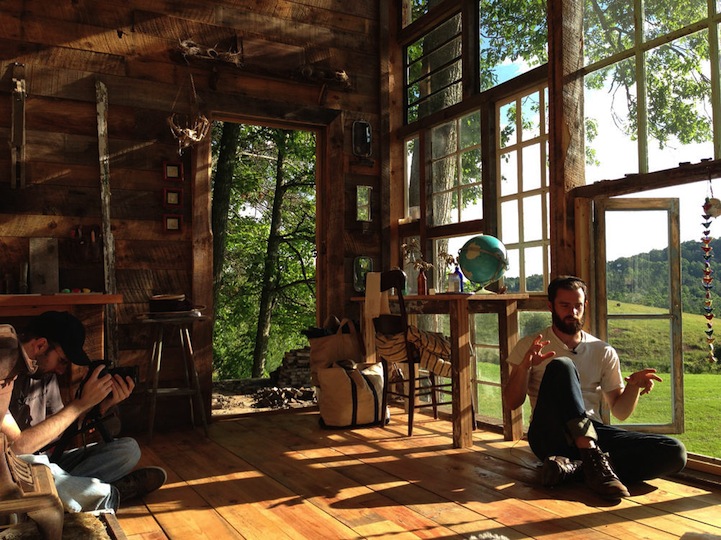 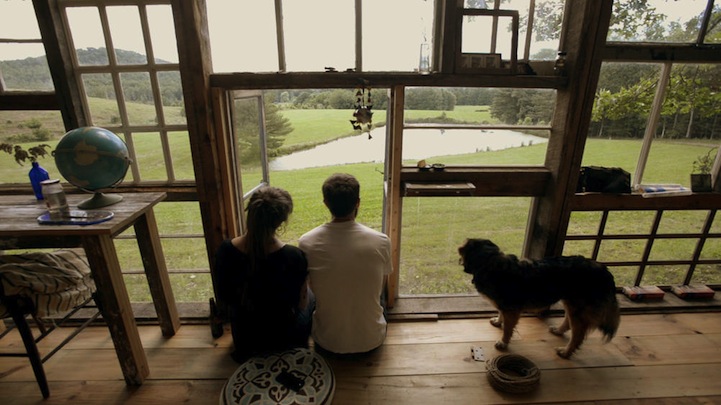 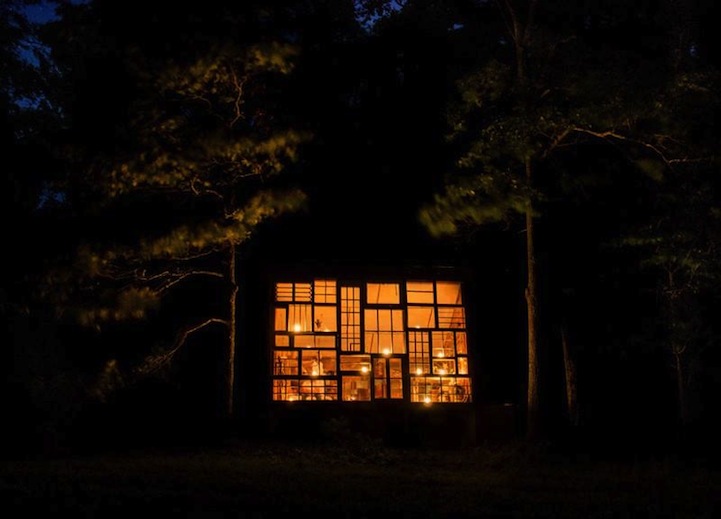