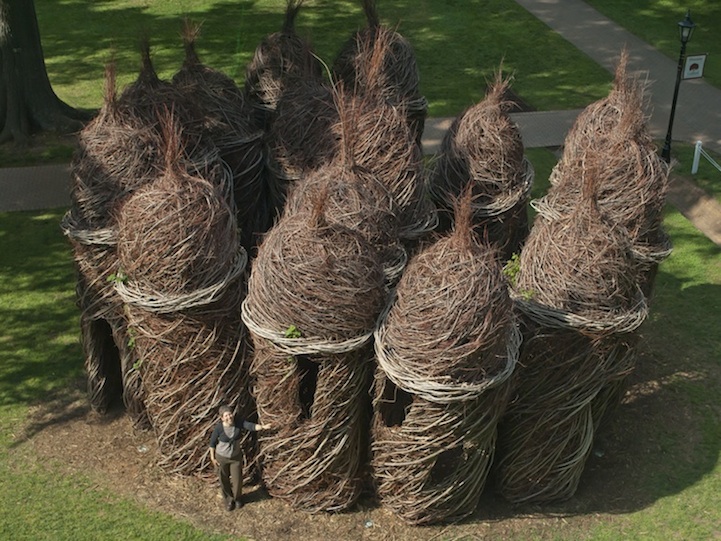 Using nothing more than locally gathered twigs and saplings, artist Patrick Dougherty creates monumental stick sculptures that resemble everything from huge palaces and castles to (seemingly) habitable nests and cocoons. Over a career that spans more than three decades, Dougherty has made over 200 of these site-specific sculptures that, with the help of volunteers, each take at least three weeks to make.

Back in 2010, he told The New York Times what goes through his mind, “It's a problem-solving event, and problems arise every day. You have to be flexible. I like working with sticks, but it's really an excuse to have these experiences. One is to be bad and play out some kind of stick thing in a public place, like pulling your pants down, and another is this huge outpouring from people who don't know you and walk up to you and say, ‘What is this?' “

On September 10, The Haley Institute of Contemporary Art will be showing a free film screening called Bending Sticks that gives us an inside look at Dougherty's inspiration and thoughts behind his work. In case you couldn't guess, his huge sculptures are almost always temporary in nature.

“I think that part of my work's allure is its impermanence, the life cycle that is built into the growth and decay of saplings,” he says. “My focus has always been the process of building a work and allowing those who pass to enjoy the daily changes or drama of building a sculpture as well as the final product. However, the line between trash and treasure is thin, and the sculptures, like the sticks they are made from, begin to fade after two years. Often the public imagines that a work of art should be made to last, but I believe that a sculpture, like a good flower bed, has its season.”

Watch the trailer after seeing some of our favorite works by Doughtery, below. 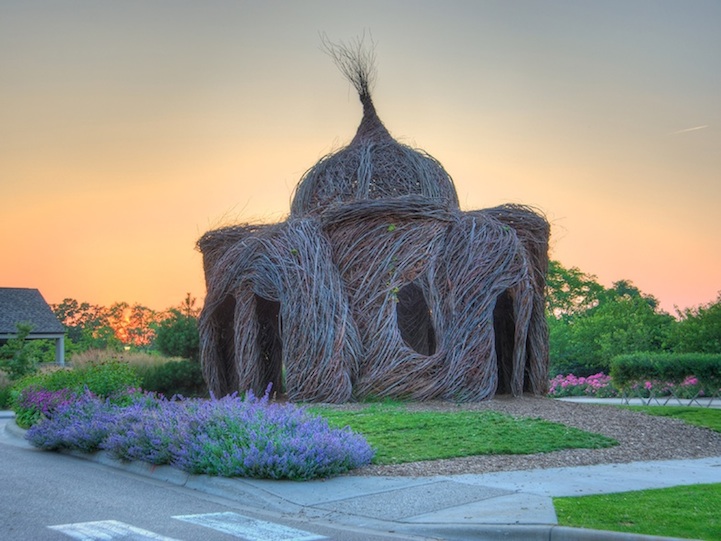 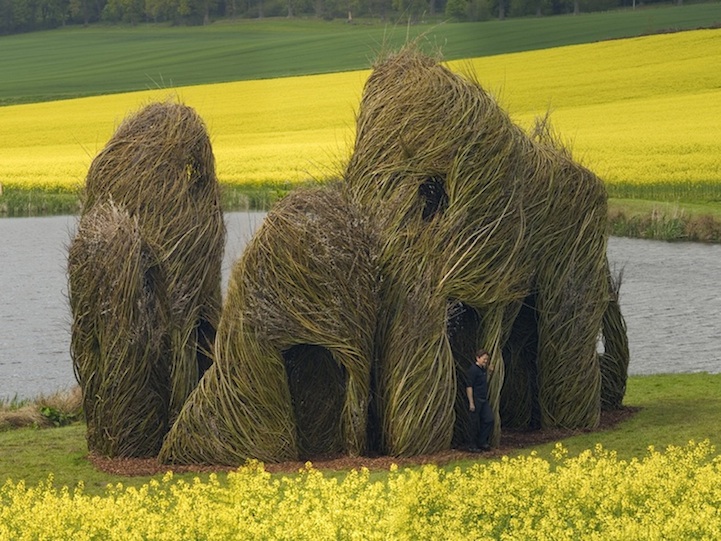 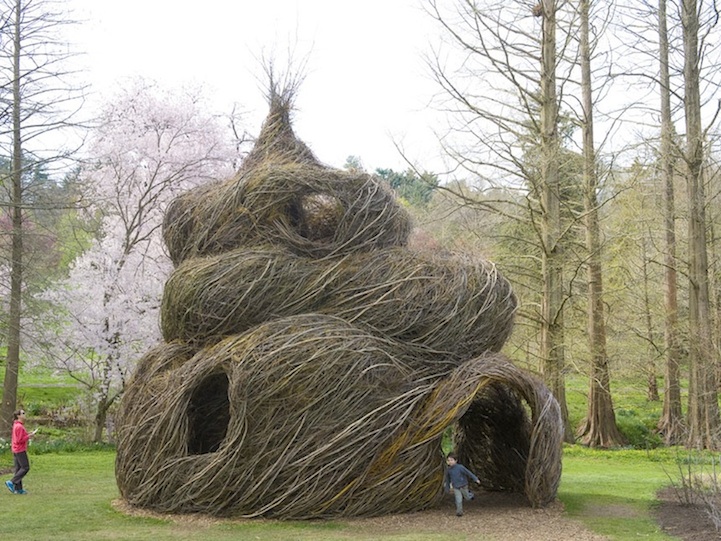 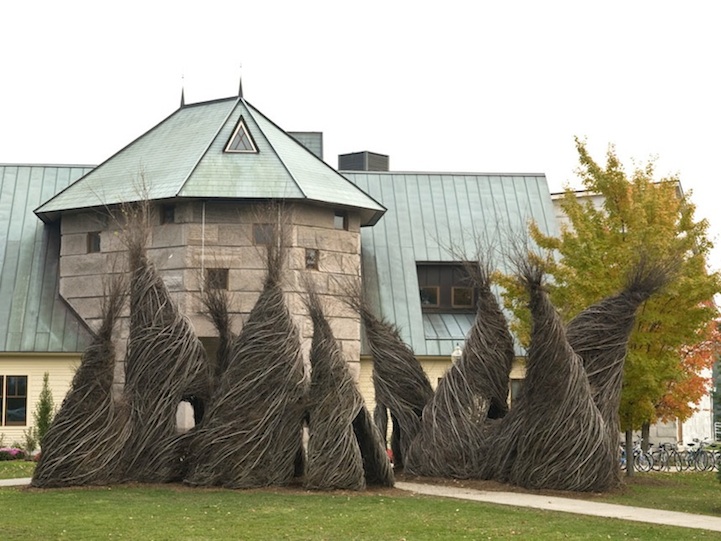 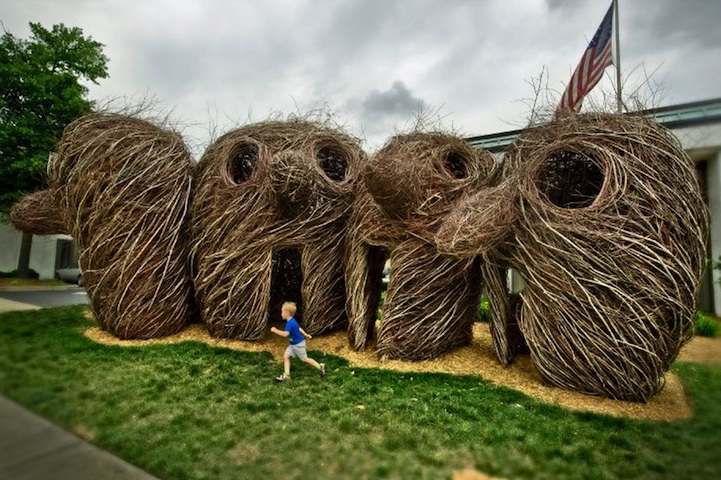 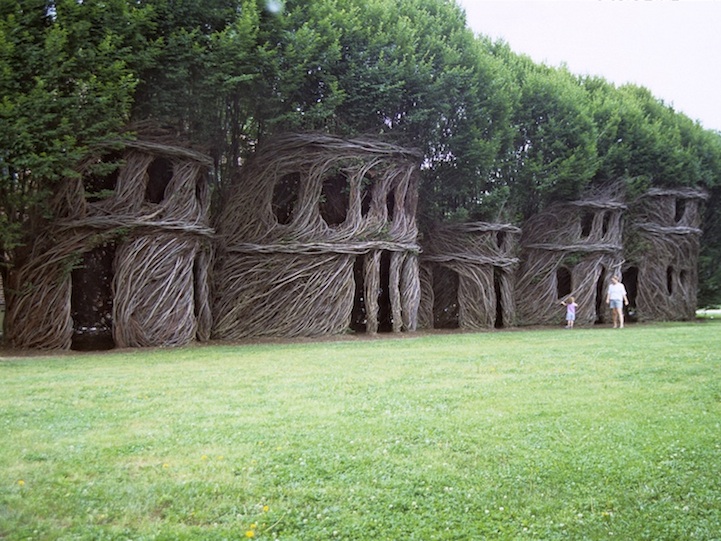 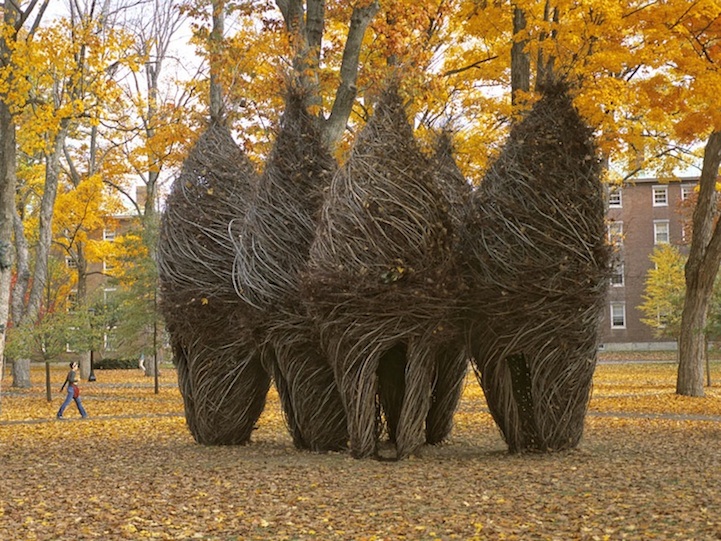 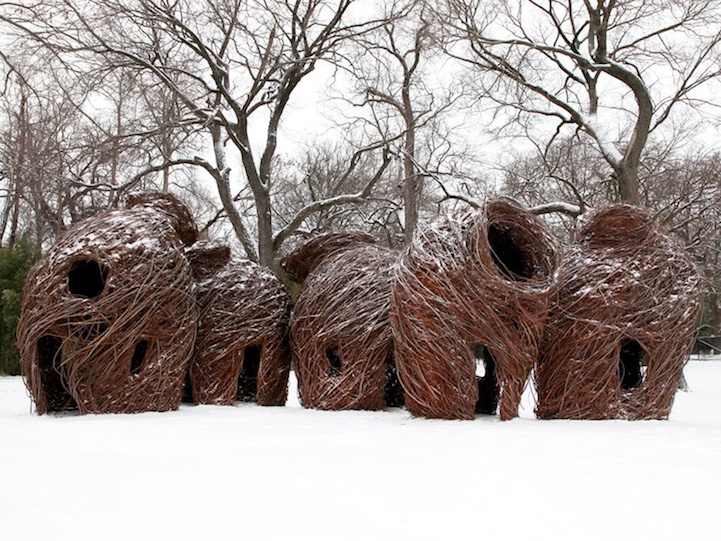