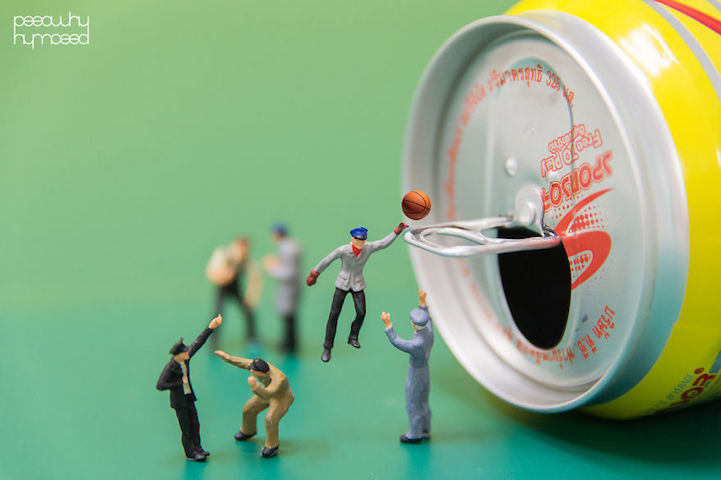 Thai designer Peeowhy Hymoaad (aka Poy) creates big worlds for miniature people. His charming macro photographs depict tiny figurines of miniature humans paired with regular-sized objects–massive compared to their small scale. Despite the size difference, they complement one another as they playfully interact in imaginative ways. A slim figure secretively trims a human's nose hair, while another group of miniature workers use a lint roller as if it's a street sweeper.

The inspiration for Poy's series came from an animation called Arrietty by Studio Ghibli. He was enthralled by its story: miniature people living amongst humans, yet going completely unnoticed. Poy's work also features these giants, but he puts his own spin on the idea by adding elements of surrealism to his photographs. The tiny characters interact with objects in ways we'd never dream because they “see” them at a whole different level, and thus open up a visually-exciting world. 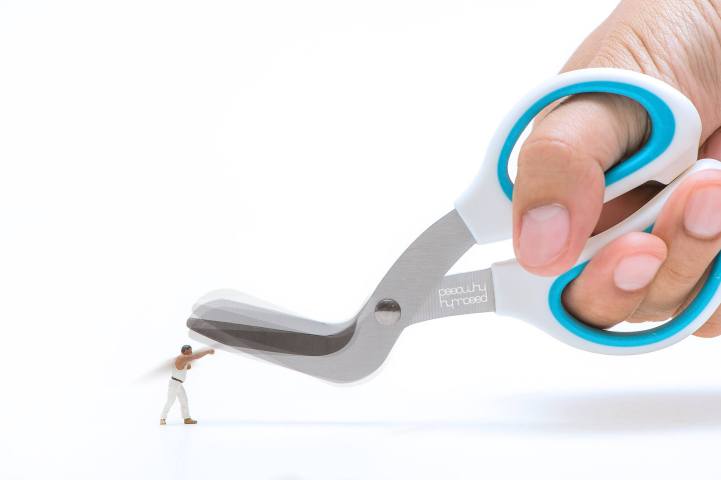 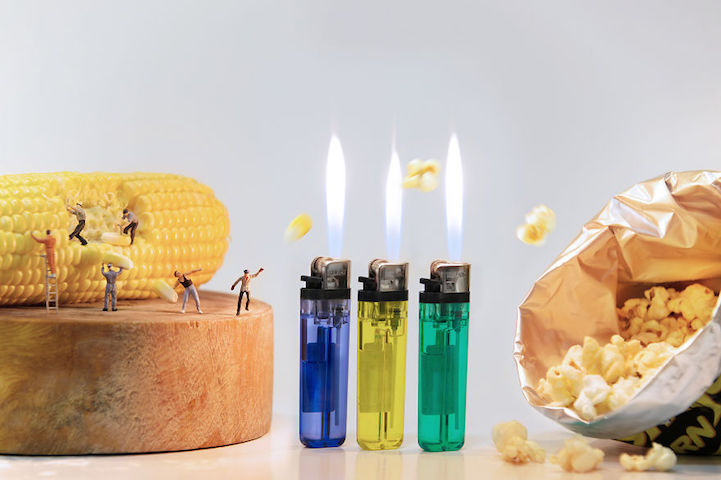 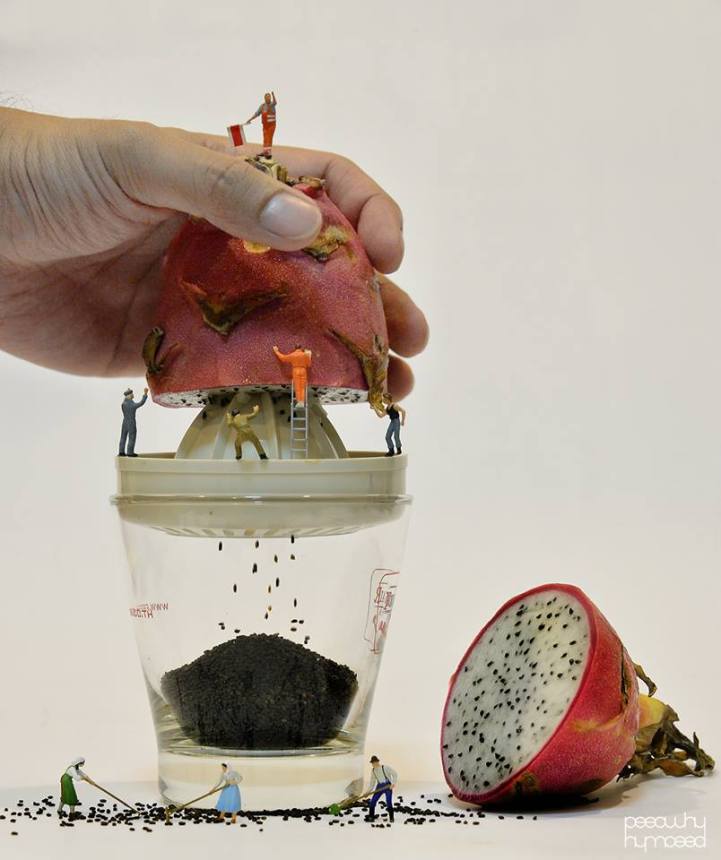 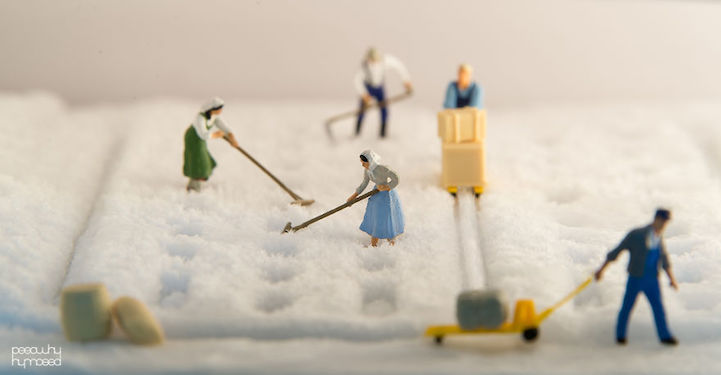 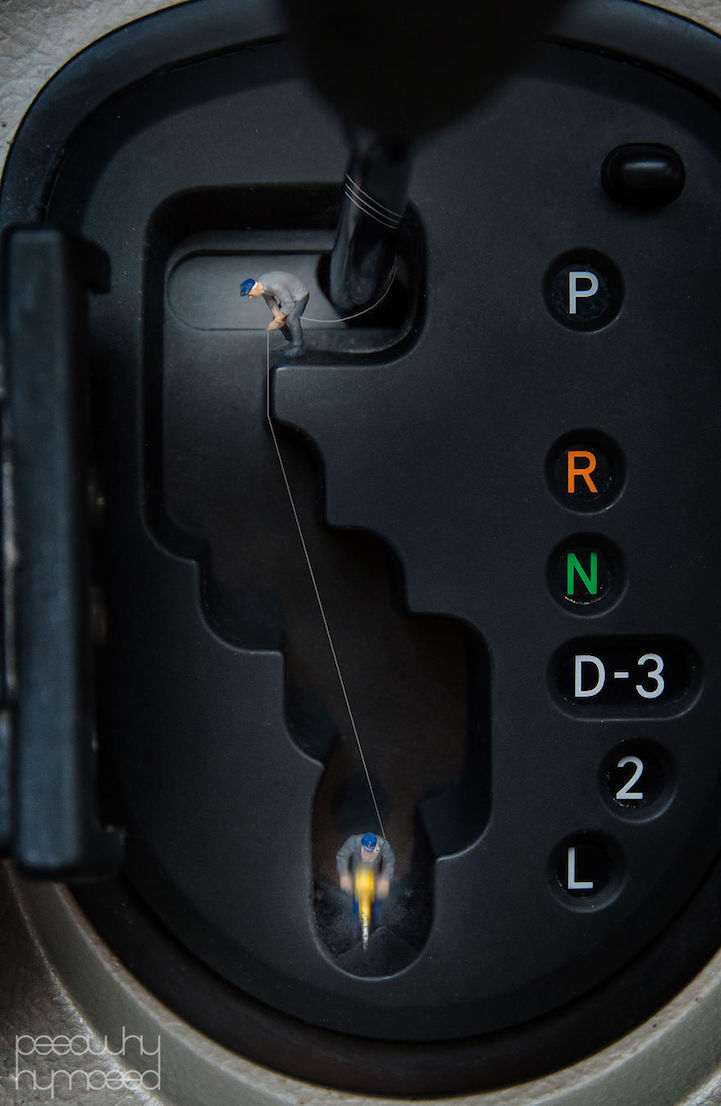 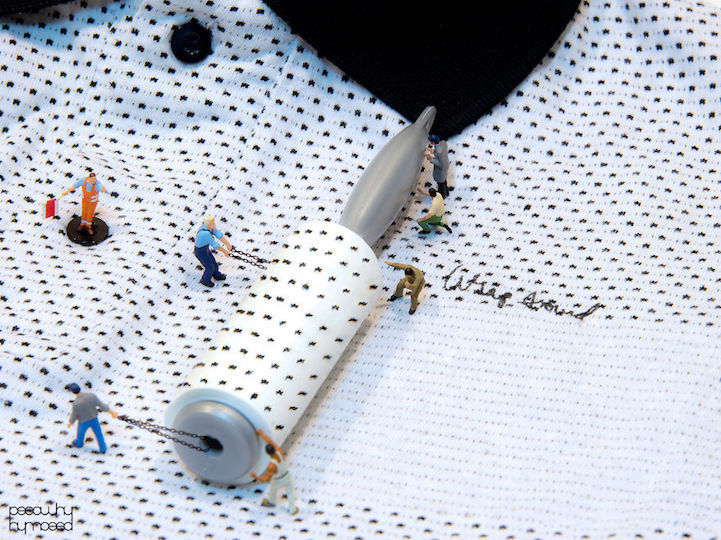 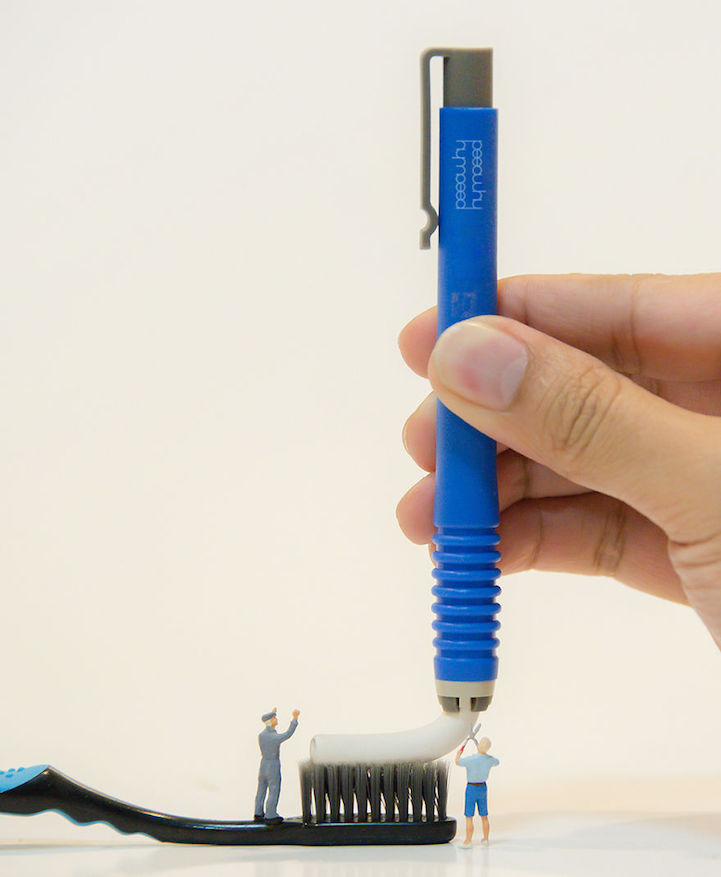 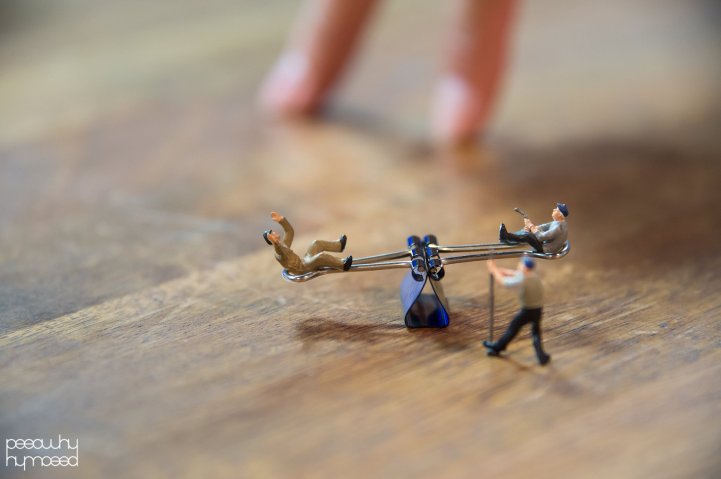 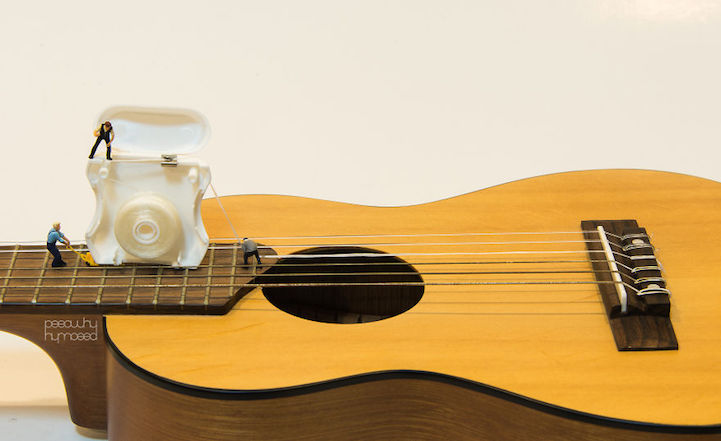 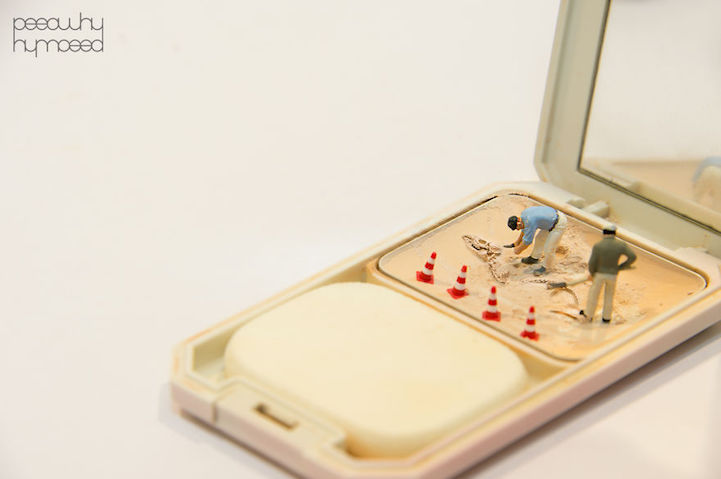 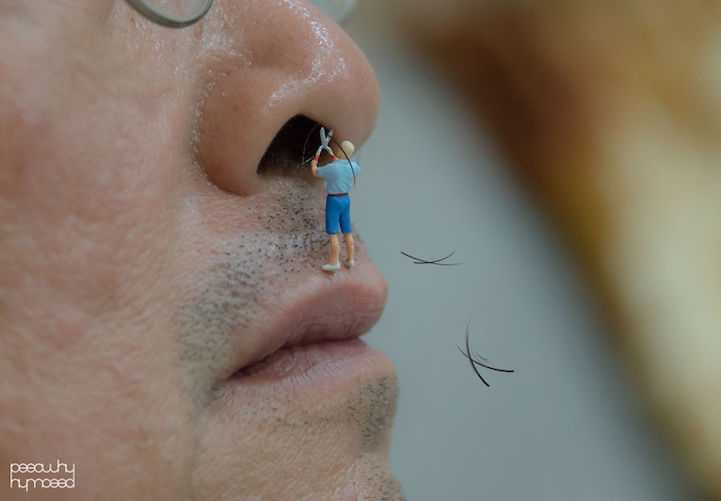