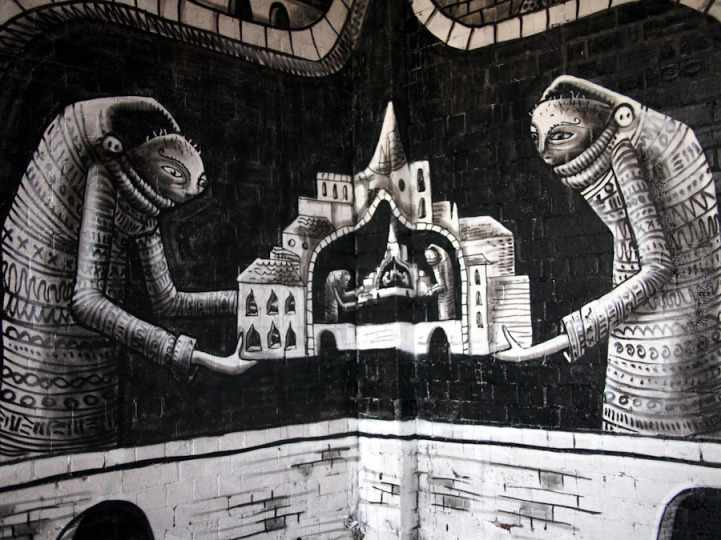 If you've been a reader of My Modern Met for awhile now, this artist's comic book style should look very familiar to you. It's from none other than the UK-based street artist Phlegm. Never seeming to slow down, he recently created another piece in his signature style spotted in Sheffield England.

Phlegm doesn't work solely in England, though. He has created murals in Croatia and at the Archipelago of the Azores, as well as many other places. Usually painting on abandoned buildings and walls, Phlegm has also been known to decorate the occasional boat and plane.

“I love to get run down urban spaces and factories and play with the space. It's such an immediate way to get your picture on the wall,” he says. “A painting in the street becomes part of the cities architecture, influenced by what's around it rather than being some awkward canvas in an art gallery.” 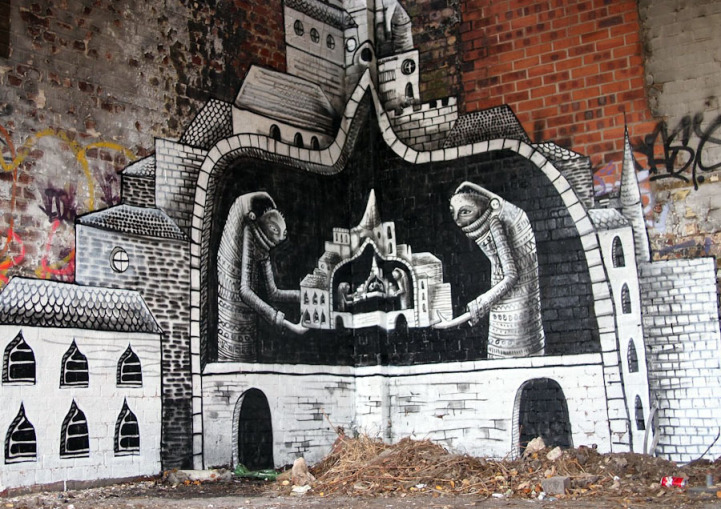 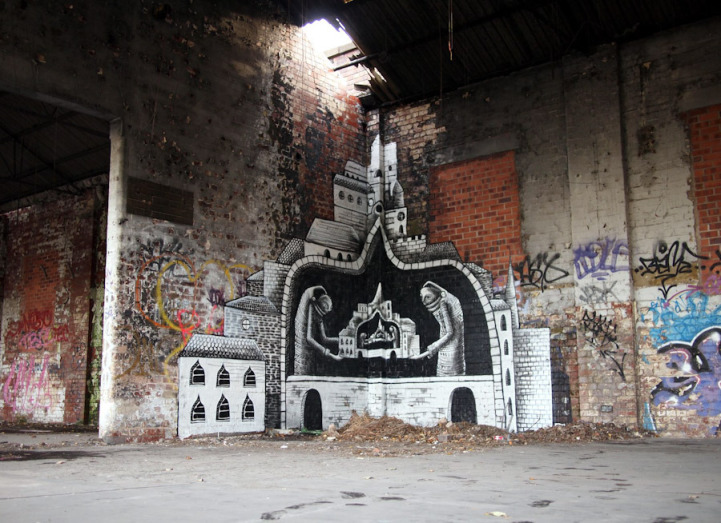