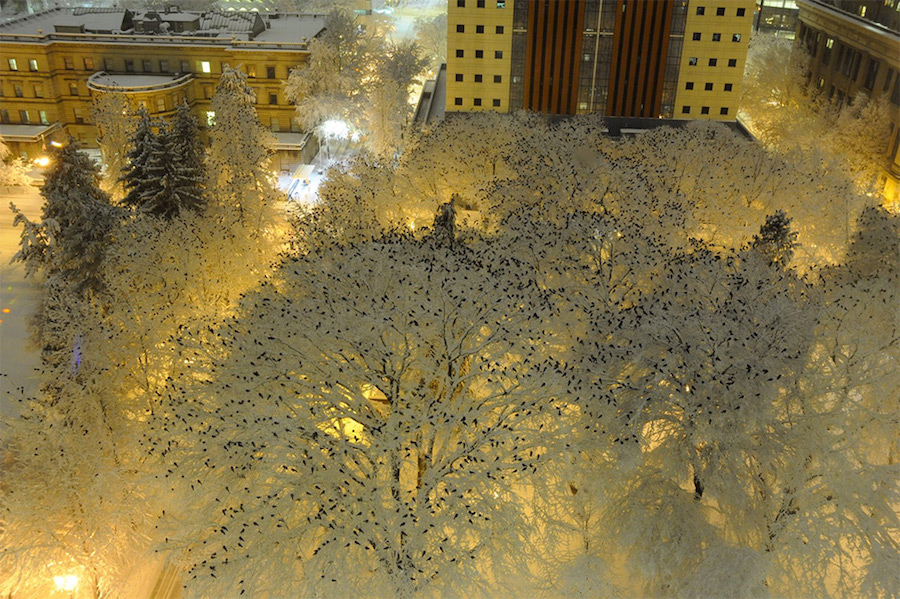 Snow covered trees are always eye catching, but CSI Walker Berg of the Portland Police Bureau was in for an exceptional view when he glanced out his window. Thousands of black starlings had congregated on the tree tops, creating a surreal scene that looks a bit like sesame rice.

Fortunately for us, Berg grabbed his Nikon D700 and snapped this incredible image before the murmuration of starlings flew off. With the trees lit up by street lamps, it's almost as if the birds are sitting on nature's lightbox.

After posting the image, titled Crows on Snow, to the Portland Police Bureau Facebook and Twitter, the image instantly went viral. A matter of being in the right place at the right time, Berg's delightful image proves that even the police can have an eye for photography.

A close look reveals that the birds are most likely black starlings, which congregate by the thousands, rather than crows. 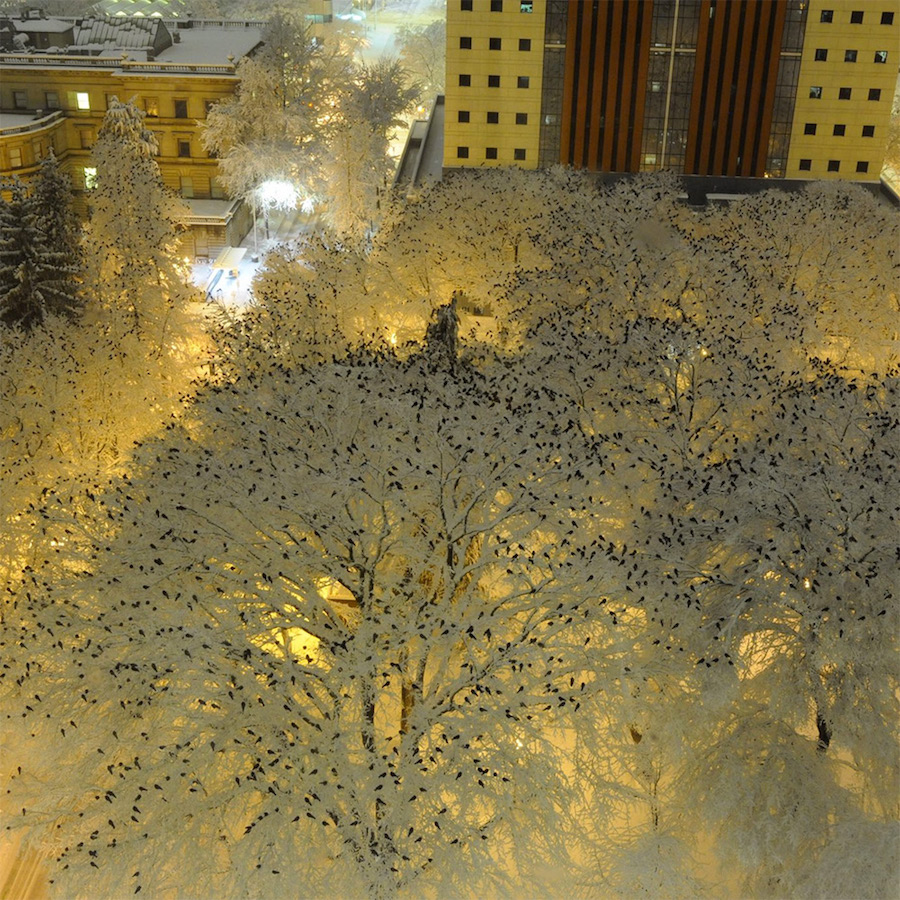