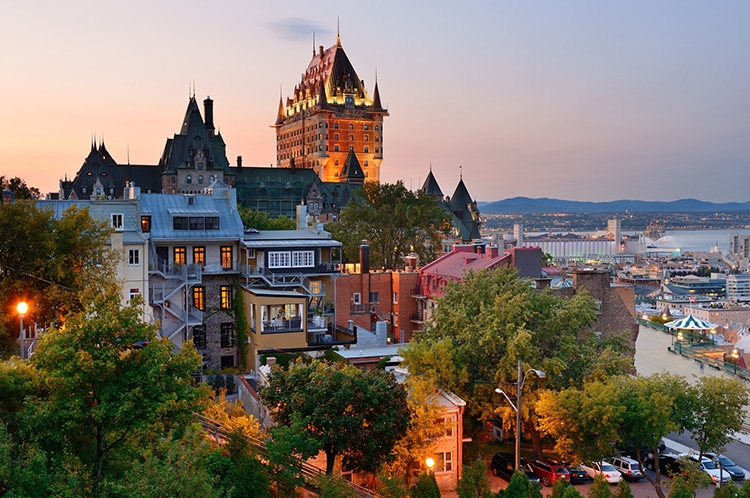 The Quebec City skyline with the Chateau Frontenac at sunset. (Photo: RABBIT75_DEP/Depositphotos)

Are you wishing to travel to the fairytale-like cities of Europe but are North America-bound for now? Québec City, the capital of the beautiful Canadian province of Québec, has all the charm of cathedrals, chateaus, and magnificent vistas. It is the perfect weekend trip for history nerds and winter sports enthusiasts alike. The only walled city north of Mexico, Québec City is the crown jewel of French-speaking Canada. From pitched battles to ice canoe races, the city's history and present are both complex and fascinating. 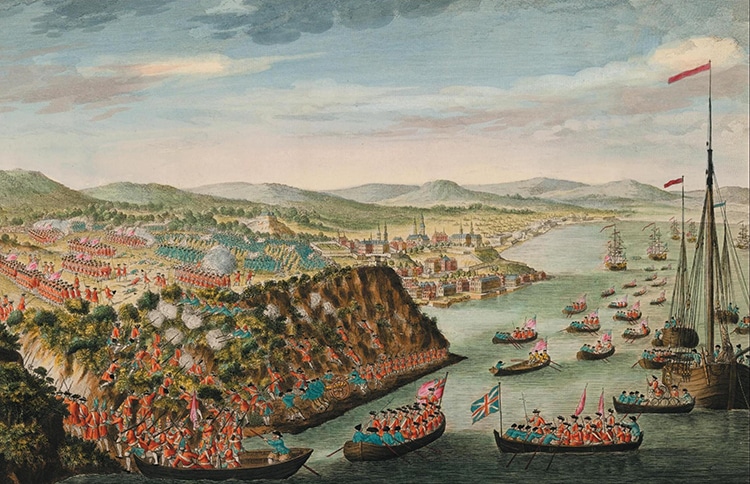 A 1797 engraving by Hervey Smyth of the siege of Quebec on September 13, 1959. (Photo: Wikimedia Commons, Public domain)

In the 16th century, French explorers began to temporarily settle in what is now called Québec. The lands were already home to many indigenous communities, including Cree, Algonquin, and Abinaki peoples. The city itself was founded in July of 1608 by explorer Samuel de Champlain, who was also the namesake of Lake Champlain in upstate New York. Champlain had organized the Company of One Hundred Associates—an association of fur trade merchants who sought to mine the rich animal resources of the region. To acquire furs, French trappers and traders learned to work with Indigenous peoples. However, this economic collaboration was part of a larger, oft violent, settler-colonial project which included missionary efforts by French Jesuits and increasing encroachments on indigenous land.

Small at first, the city was nonetheless of strategic importance in the endemic 17th-century and 18th-century conflicts between Britain and France in their efforts to colonize North America. From the city's northern position, French raids swept southwards to attack the northern British colonies. These conflicts came to a head in the French and Indian War, also known as the Seven Years' War. From 1756 to 1763, England and France (and other countries like Spain and Prussia) clashed all over the world in a struggle for colonial hegemony. 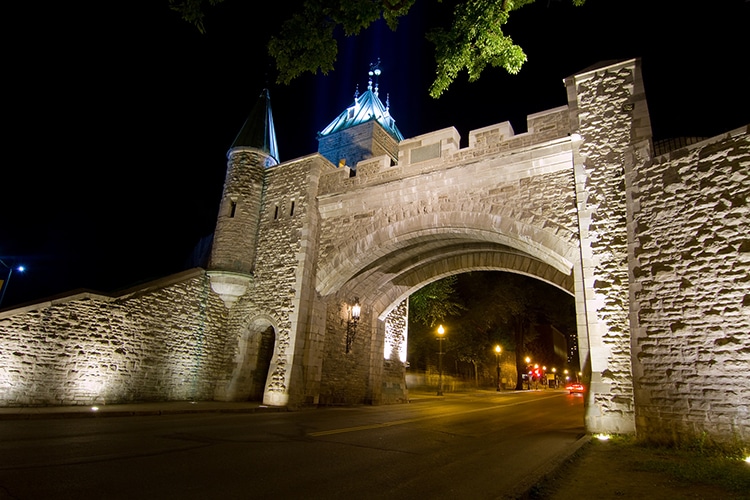 The war began poorly for the Britain forces, which included future revolutionary soldiers like George Washington. Britain then began to fund forces made up of Anglo-American colonists. The tide turned, and French forts began to fall. At the Battle of Québec (or the Battle of the Plains of Abraham) in September 1759, the city was overtaken by British forces. A failed French siege the next year could not reverse the change in regime. The loss of Québec City and Montreal were death blows to French power in America. The Treaty of Paris in 1763 ended the war and French control in North America. Britain gained what is now French Canada, as well as the Louisiana Territory. Québec City—the quintessential French ville—became an English city.

A Provincial Capital on the World Stage 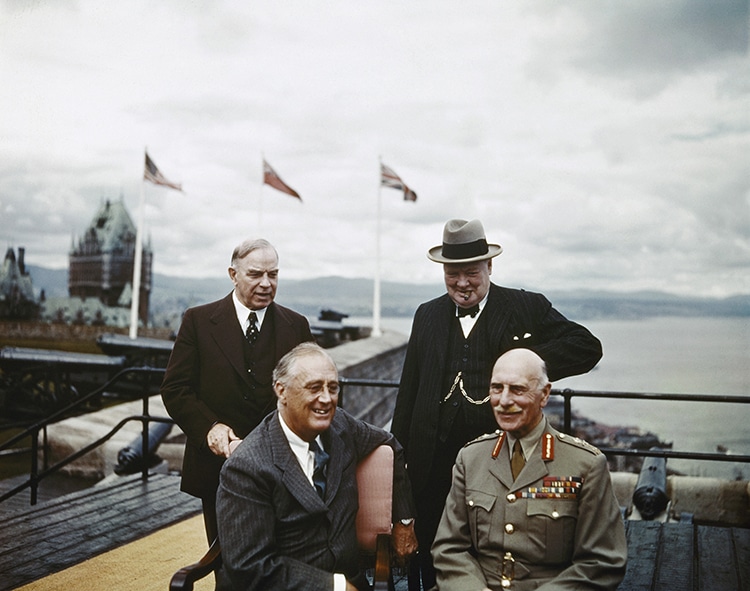 Québec City and its surroundings were home to around 8,000 inhabitants in 1763. During the American Revolution, a second Battle of Québec proved a failed attempt by the revolutionary forces to oust the British from the city. The 13 colonies gained their independence, but Canada remained British. This divide created a frontline along the Great Lakes during the War of 1812 between Britain and the young United States. As a precaution, the city then built a citadel in 1820 to defend its high ground. One can still visit the fortress today.

Québec City quickly grew throughout the late 18th century and into the 19th century. At times in the 19th century, it served as the capital of British Canada. In 1867, Queen Victoria named the metropolis the capital of the Québec province. The city became a center of the lumber industry and shipbuilding, and it began to spill out from the 17th and 18th-century walls that had encased the old town. British subjects intermingled with the French-speaking populace. Despite these changes, Québec City's economic importance paled in comparison to the likes of Montreal and Ottawa. These other cities attracted railroads and financial ventures, while Québec focused on manufacturing footwear.

Canada's journey to independence was less straightforward than the United States. In 1867, it became a Dominion of the British Empire, a more independent yet still connected status. It was not until 1982 that Canada became completely independent with its own constitution, although Queen Elizabeth II is still Queen of Canada as head of the Commonwealth. 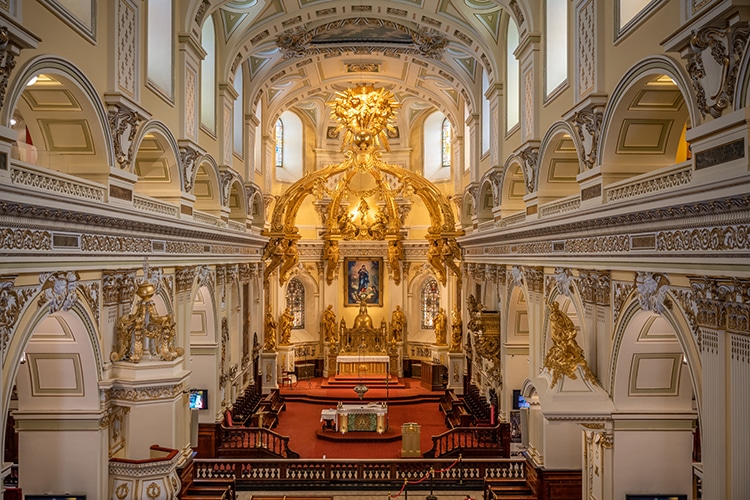 Despite a long history of British rule and association with the crown, Québec City retains a distinctly French-Canadian character. French is the official language of the province, spoken by 94% of residents. This Francophone heritage is controversially guarded by the Charter of the French Language, a collection of laws about where English and French can be used on signs, in schools, and in businesses. The French-Canadian nature of the province—of which Québec City remains the capital—has even given rise to a separatist movement. A popular platform for politicians and topic of referendums since the 1960s, the movement has largely stalled in recent years.

Québec City is still home to its indigenous inhabitants. Like indigenous peoples throughout Canada and the United States, those in Québec suffered at the hands of residential schools run by Christian churches and the Canadian government. The schools were created to annihilate indigenous culture and indoctrinate children with racist ideals of French Canadian cultural superiority. They caused great trauma and loss of life, with the last Québec facility closing in 1991.

Despite these atrocities, there remain 10 First Nations and many northern Inuit communities in Québec province. Learn about these rich cultures in a respectful way by educating yourself at sites such as the Huron-Wendat Museum. You can also sample innovative indigenous cuisine while imbibing local venison, trout, and salmon at Sagamité. Of course, keep your eyes open for products made by indigenous creators as you shop the streets of the city and online. 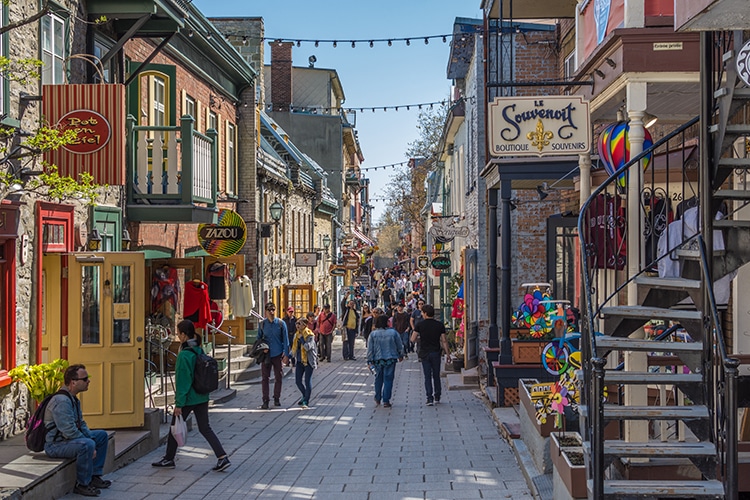 Today, Québec is known for its delicious food. The province is the largest supplier of maple syrup in the world. The sap is harvested and refined in a cabane à sucre, or sugar shack. Pouring maple syrup over snow is a must-try for any sweet tooth. Les temps des sucres (sugaring season) is the perfect time to visit and sample a traditional meal of pancakes, eggs, baked beans, ham, and, of course, syrup. Spruce beer is also a local flavor, and it comes in both alcoholic and non-alcoholic forms. Pastries—such as the pet de soeur—and poutine are perfect for any palette.

What To See and Do in Québec City 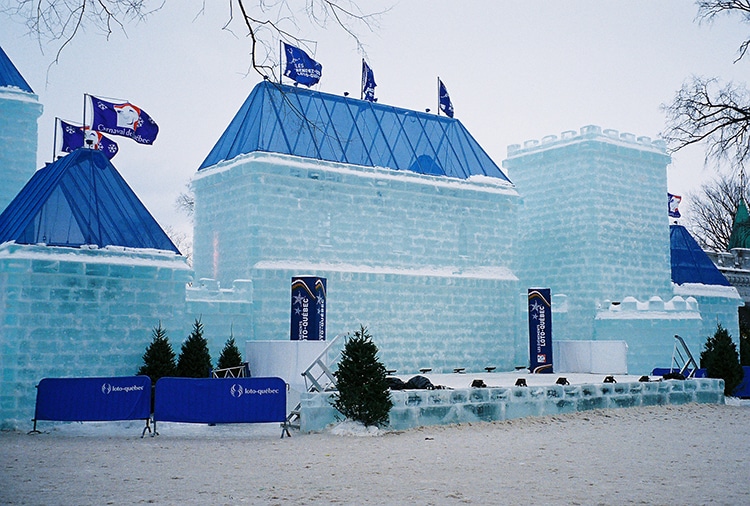 There is much to do in Québec City. Explore the historic citadel and meander through the magnificent gates of the walled city. Take a tour of the historic city center. If you keep your eyes open, you may notice an 18th-century cannonball embedded in the roots of a tree. At Notre-Dame de Québec Basilica-Cathedral, history has repeated itself. The church, originally built in the mid-17th century, has been rebuilt many times due to war and fire. Today, the stained glass and gilded decorations impress visitors from around the world.

If you are feeling fancy, you can book your stay at the Château Frontenac—the historic, Disney-esque hotel which rises above the city skyline. Dine on unique fare at any number of excellent restaurants. For those looking to venture outside of the city, the beautiful Montmorency Falls is an easy drive away. The province of Québec also offers ample outdoor recreational opportunities—including dog sledding, snowshoeing, tubing, and hiking.

While a Québec winter can be intimidating to those from warmer climes, it is a festive time in Québec City. Carnaval de Québec—the city's winter carnival—is an annual February event and the largest winter carnival in the Western hemisphere. Held in anticipation of Lent, the festivities are presided over by Bonhomme, a smiling Pillsbury-esque snowman in a red cap. The festival features snow sculpture competitions, ice slides, and lots to eat and drink. Each year, an ice palace is also constructed. Parades, sleigh rides, and ice canoe races on the river add to the festivities. In heated tents and glass-like ice bars, one can find ample food (such as beaver tails) and drink. Whether you visit in winter or another season, there are ample activities to do in Québec City. 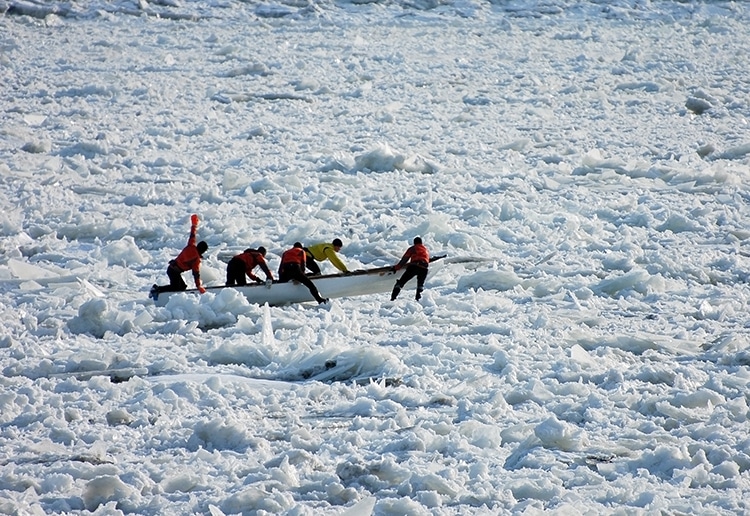 Ice canoe races on the Saint Lawrence river. They are training for the Quebec Winter Carnival. (Photo: AMENOHI/Depositphotos)