Fantastical Rainbow Clouds Dust the Skies at Sunset in the UK 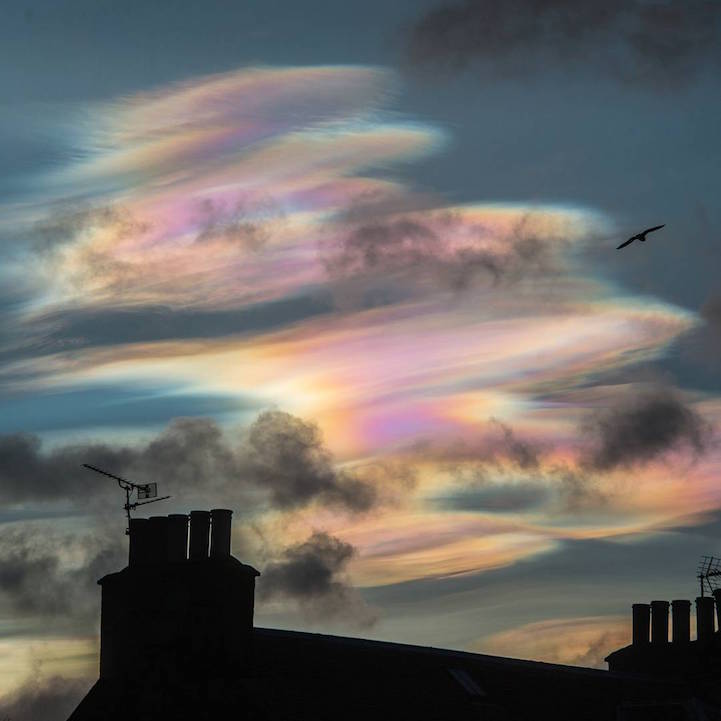 Over Scotland and northern England on Tuesday night, residents witnessed an unusually colorful skyline. Following Storm Henry, the United Kingdom was engulfed by cold air that, when combined with high latitudes, allowed nacreous clouds to form. These masses are the result of a rare phenomenon that makes it look as though shimmering, rainbow clouds are painting the sky.

Such kaleidoscopic formations are only visible when the sun sets, since the light goes through minute ice crystals that are being moved by a jet of stratospheric air. With these chemical and atmospheric changes both in play, residents had the rare opportunity to admire a multicolored sky that makes for a picture perfect snapshot.

Above photo via Pete Urwin 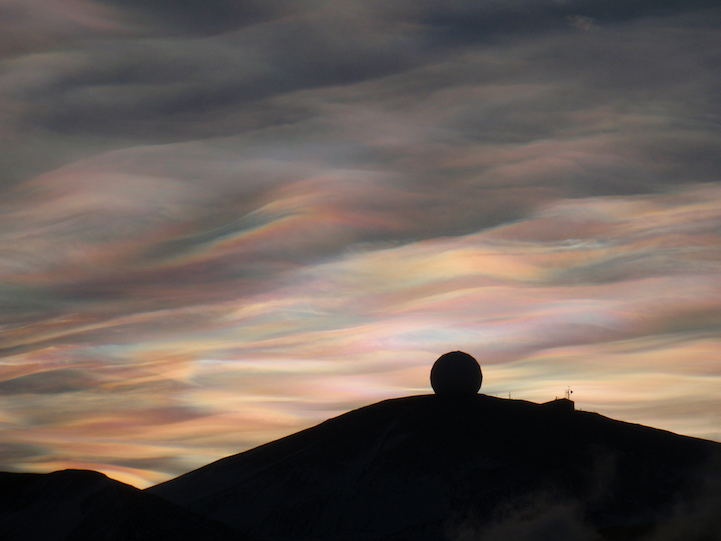 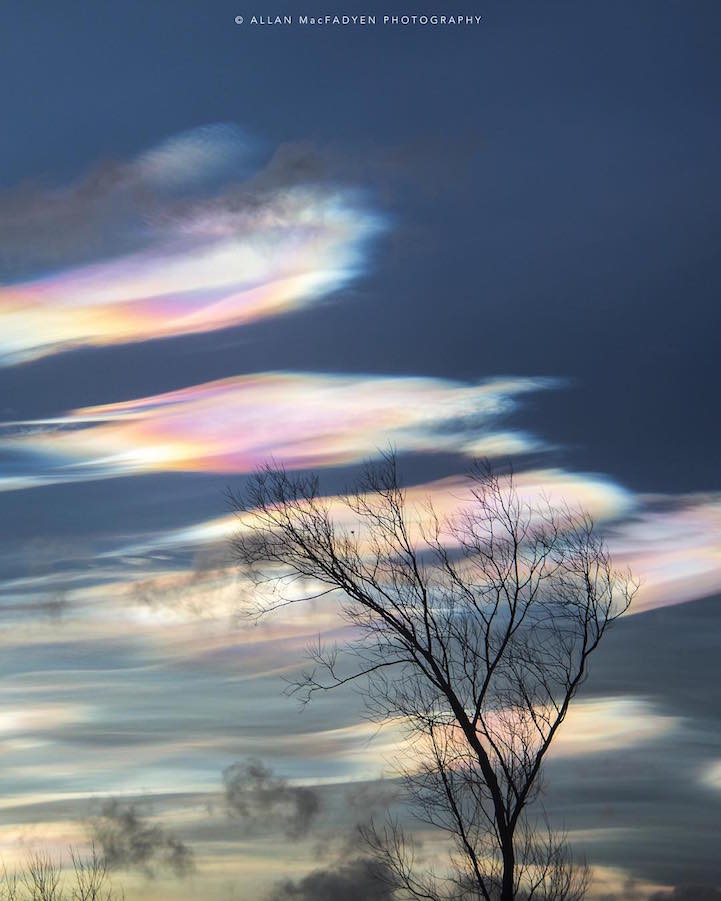 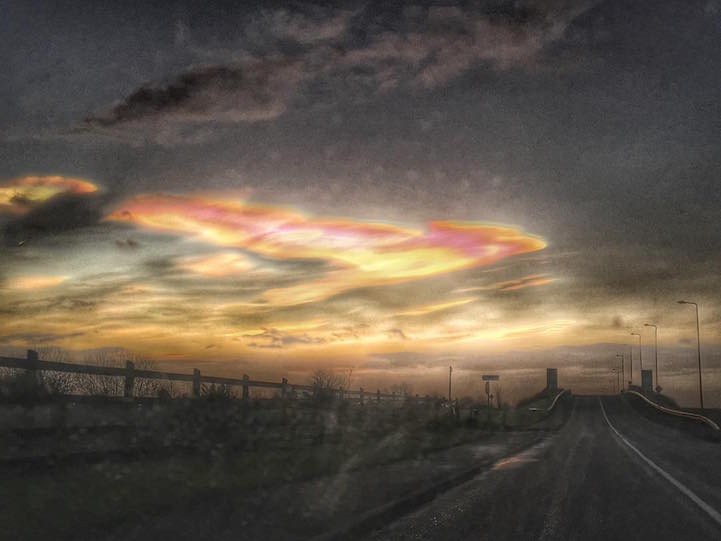 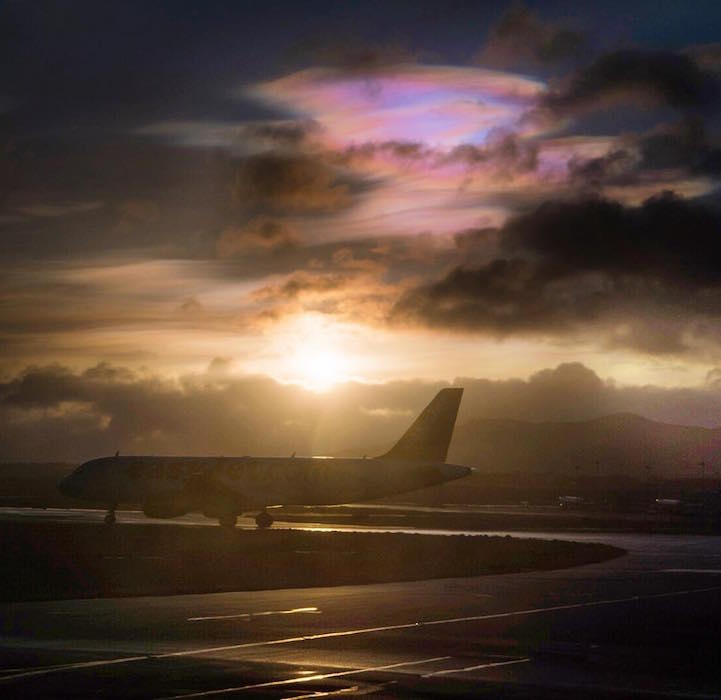 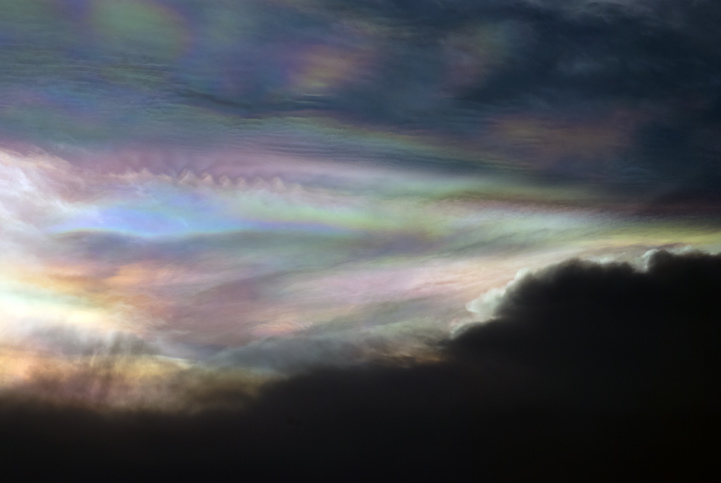