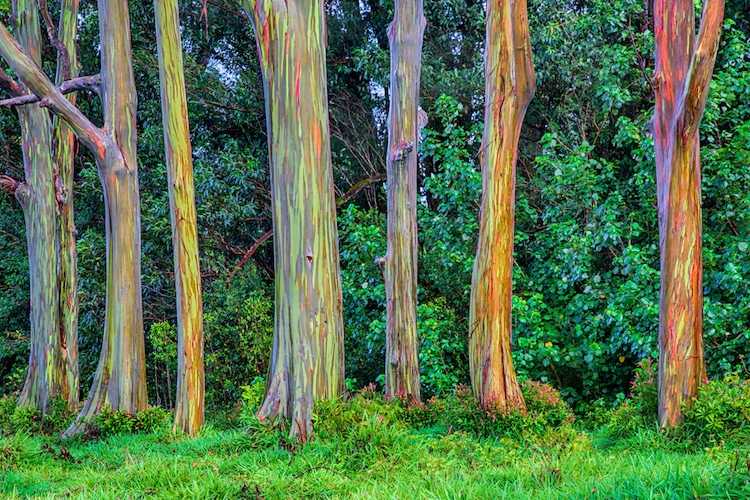 Eucalyptus trees are most known for their fragrant leaves and for being the main food source for koalas, but did you know that they can also be quite colorful? In fact, Eucalyptus deglupta is so colorful that it's known as the rainbow eucalyptus. When this incredible tree sheds its bark, it almost looks like a colored pencil being sharpened. This makes for a spectacle that is unforgettable.

Also known as the Mindanao gum or rainbow gum, the rainbow eucalyptus is a tall tree that is unique in that it's the only eucalyptus to live in the rainforest and only one of four species found outside of Australia. It can be found in the Philippines, Indonesia, and Papua New Guinea, where it can soar up to 250 feet in the air. While its height is impressive, it's really the tree's multicolor bark that makes it stand out.

As the rainbow eucalyptus sheds, it first reveals a bright green inner bark. Over time, this ages into different colors—blue, purple, orange, and maroon. The colorful striations are created due to the fact that the tree doesn't shed all at once. Slowly, over time, different layers fall off, while other exposed areas have already begun aging.

This process makes for a spectacular visual, with the rainbow eucalyptus looking like it could be pulled from Alice in Wonderland. Its unique appearance has also made it quite popular amongst garden enthusiasts. It can be found in botanical gardens around the world and is often planted as an ornamental tree in Hawaii, Texas, Louisiana, and Southern California, where the frost-free climate allows it to thrive.

Interestingly, the rainbow eucalyptus also has a high commercial value that has nothing to do with its color. The tree is often found at tree plantations, as it's an excellent source for pulpwood—the main ingredient in making white paper. So the next time you pull out a blank sheet, just remember that it may have originally been something much more colorful.

The rainbow eucalyptus gets its name from its colorful appearance. 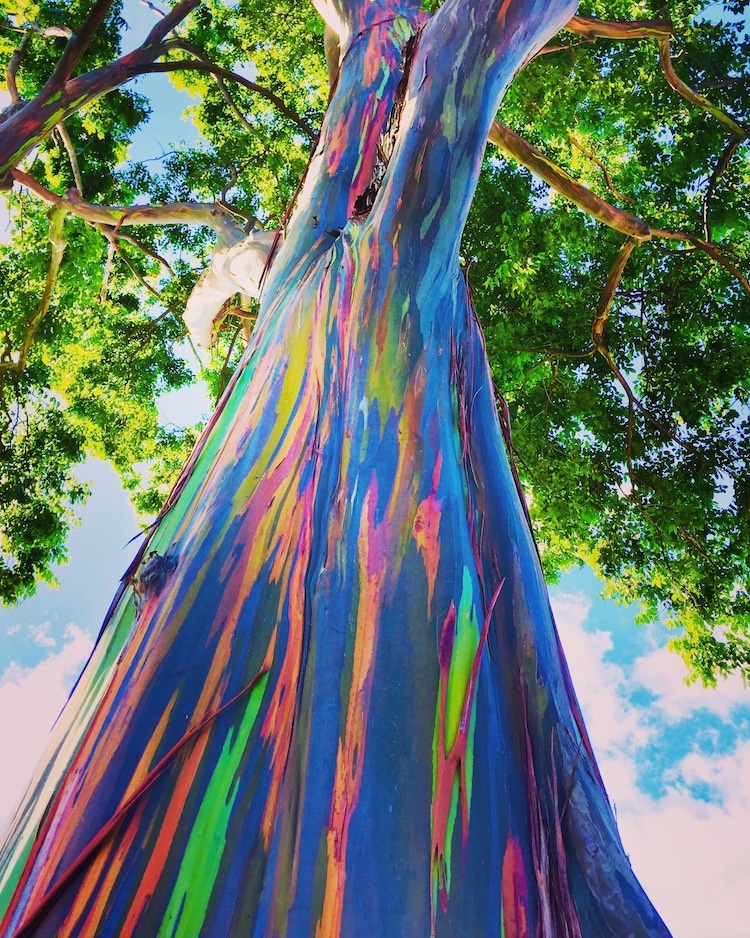 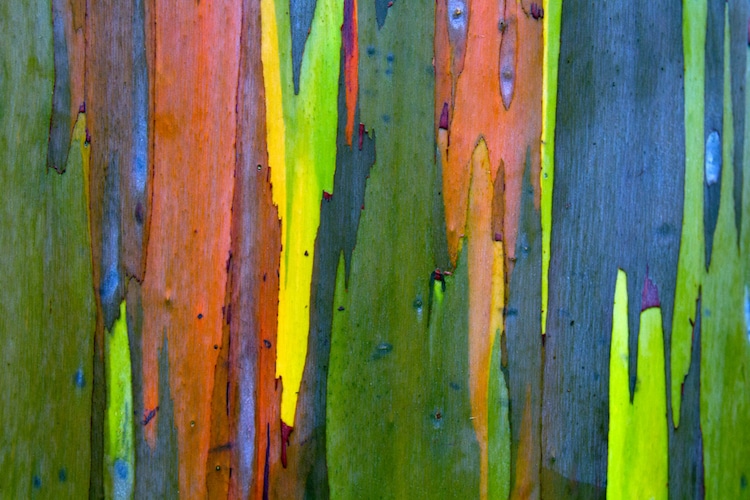 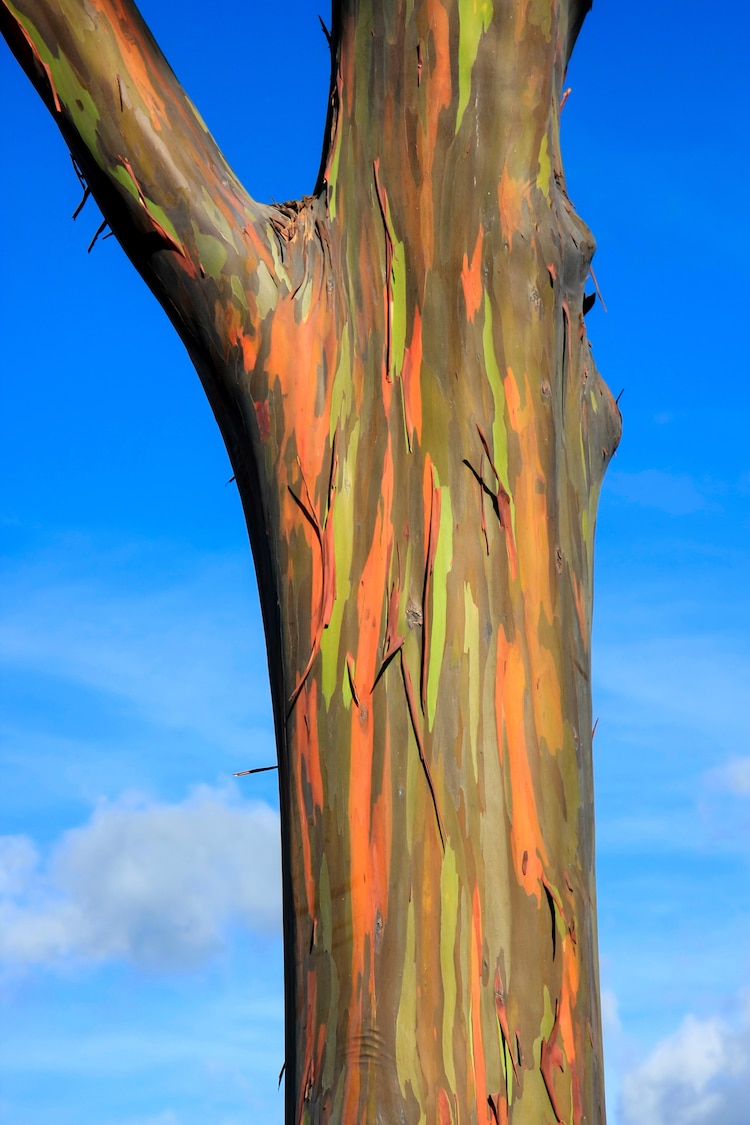 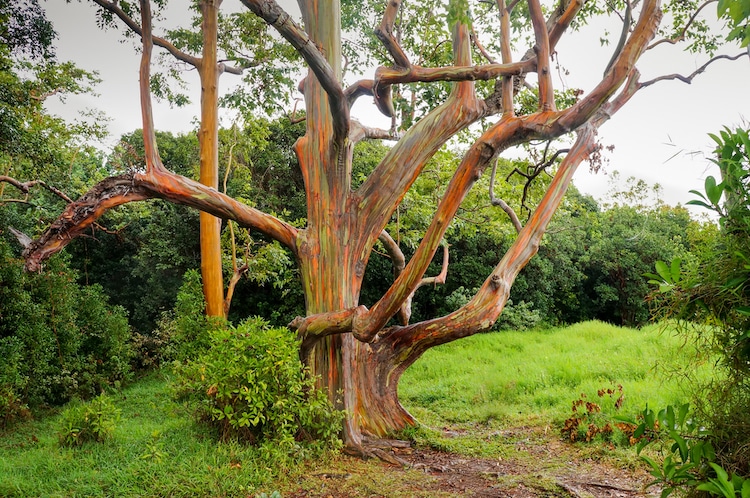 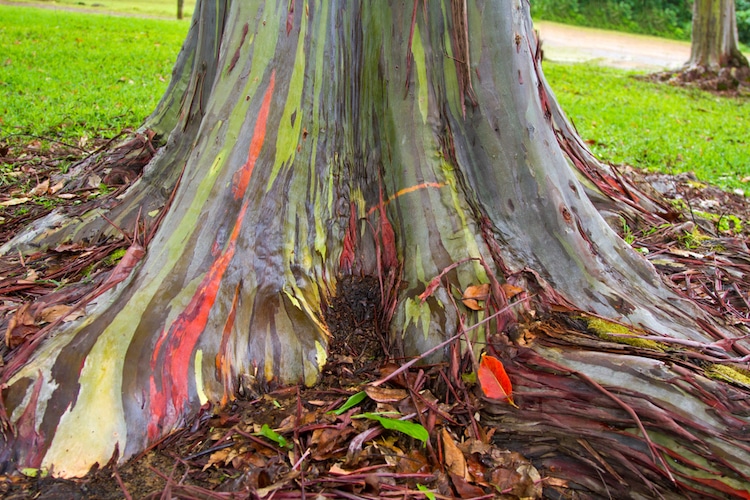