Real Photos of the the Titanic 100 Years Later 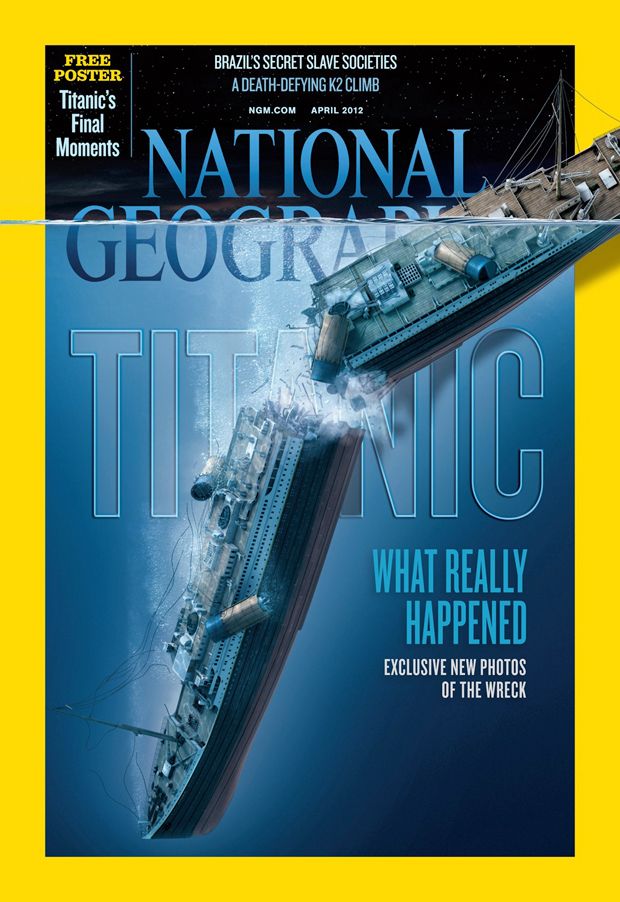 Next week will mark the 100th anniversary of the sunken tragedy that is the Titanic. To coincide with the historic event, National Geographic Magazine is unveiling, in their April 2012 edition, new photographs that provide a greater understanding of what happened on that fateful day, April 15, 1912.

Unlike previous blurred and dark images of sections of the ship, the latest photographs are absolutely clear and reveal the full extent of the wreckage. The multi-million dollar project sent three robots down to the Titanic, and they moved the length of the ship capturing thousands of images with optical cameras and sonar devices. In total, the area covered measures three miles by five miles.

It took scientists at the Woods Hole Oceanographic Institution in Massachusetts months to collect the images during programmed sweeps of the surrounding areas. The expedition's chief scientist James Selgado told National Geographic Magazine: “This is a game-changer. In the past, trying to understand Titanic was like trying to understand Manhattan at midnight in a rainstorm, with a flashlight.” 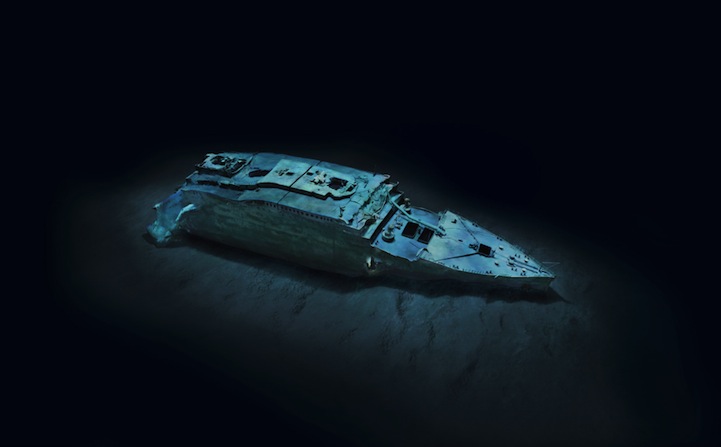 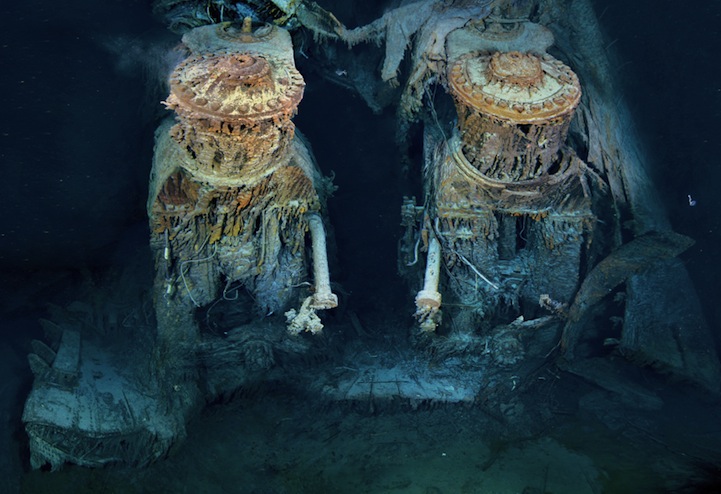 The view from above.

As the starboard profile shows, the Titanic buckled as it plowed nose-first into the seabed, leaving the forward hull buried deep in mud–obscuring, possibly forever, the mortal wounds inflicted by the iceberg.

Titanic's battered stern, captured here in profile, bears witness to the extreme trauma inflicted upon it as it corkscrewed to the bottom.

National Geographic's website
via [Huff Po] [The Blog is Mine]