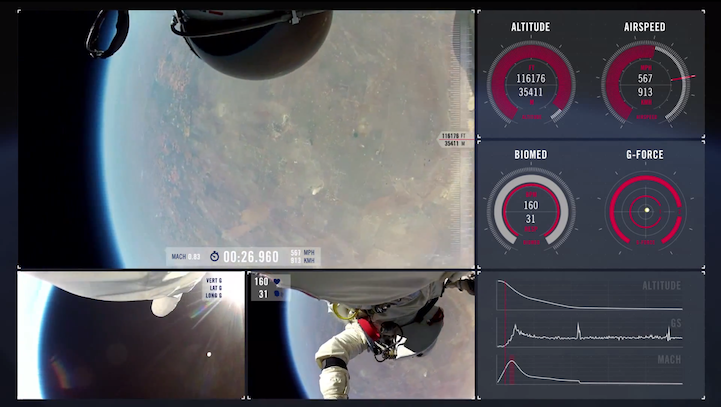 Austrian daredevil Felix Baumgartner set the unbelievable altitude record for a manned balloon flight one year ago as he leapt from space (nearly 25 miles in the air) and safely landed on the ground in Roswell, New Mexico. The thrill seeker plummeted for several minutes, gaining record-breaking speeds, as the blue orb that he saw from harrowing heights become larger and larger.

Now, Red Bull has released a video of the Red Bull Stratos jump featuring multiple POV shots of Baumgartner's fall through space alongside several windows relaying mission data (altitude, airspeed, boomed, and g-force). A documentary about the space jump can be viewed exclusively on Rdio, though the 10-minute clip of Baumgartner making the leap can be seen, below. 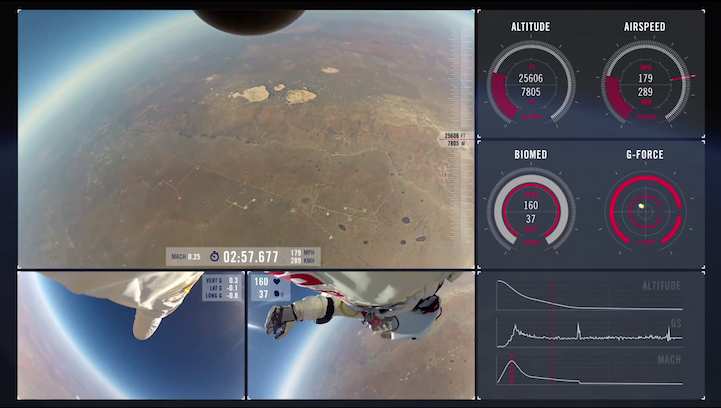 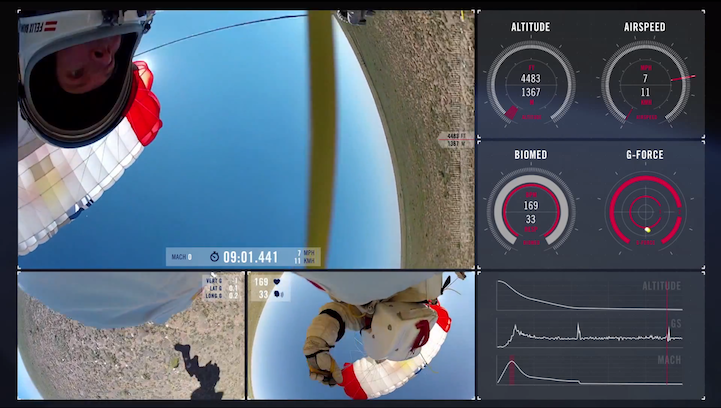