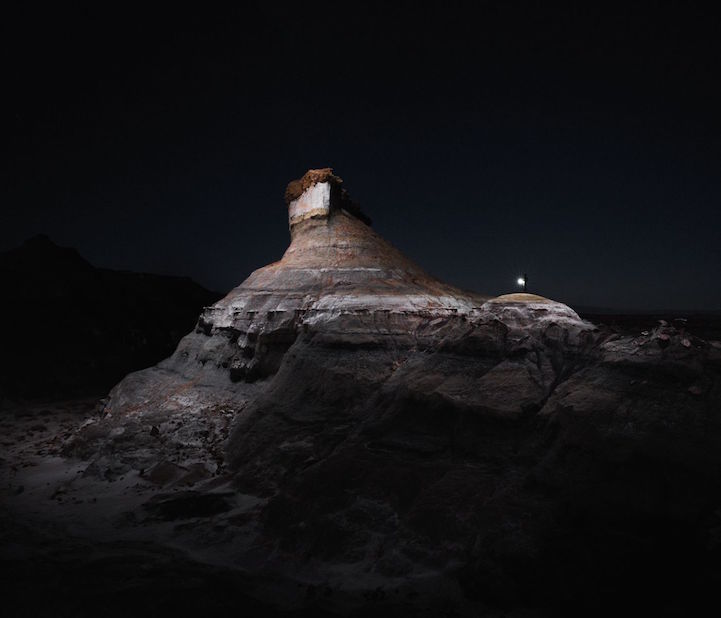 Photographer Reuben Wu transforms the vast desert landscape into otherworldly scenes with his stunning series Lux Noctis. The dramatic images feature solitary rock formations surrounded by nearly pitch-black darkness, only illuminated by a selective spotlight. This approach both highlights their incredible characteristics and visually creates the feeling that an alien ship is about to land on the curious grounds.

To capture these hauntingly gorgeous images, Wu traveled to the western United States and shot at seven locations, from the Bisti Badlands in New Mexico to Mono Lake in California. This required some ruggedness on Wu and his assistant's parts–they often had to hike miles into the wilderness with their gear and occasionally camp after a night of work. They'd first scout possible places to shoot in the afternoon and then return to the exact spot once it got dark.

At night, Wu used a drone as a hovering source of light to highlight portions of the landscape. He mounted powerful LEDs to a 3DR Solo drone that provided the only light around–these photos were taken before the moon rose. “Each image is a carefully-planned scene consisting of multiple lighting positions to produce a theatrically-lit composition,” Wu writes. He would take one long exposure, move the drone, and repeat the process. To create a cohesive composition, Wu digitally stitched multiple pictures together.

This hi-tech photography series is inspired by themes that date back centuries. Wu cites “ideas of planetary exploration,19th century sublime romantic painting, and science fiction” as the driving forces behind Lux Noctis‘ aesthetic. “We are overwhelmed everyday by beautiful images of the familiar,” he writes, “I imagine these scenes transformed into undiscovered landscapes which renew our perceptions of our world.” 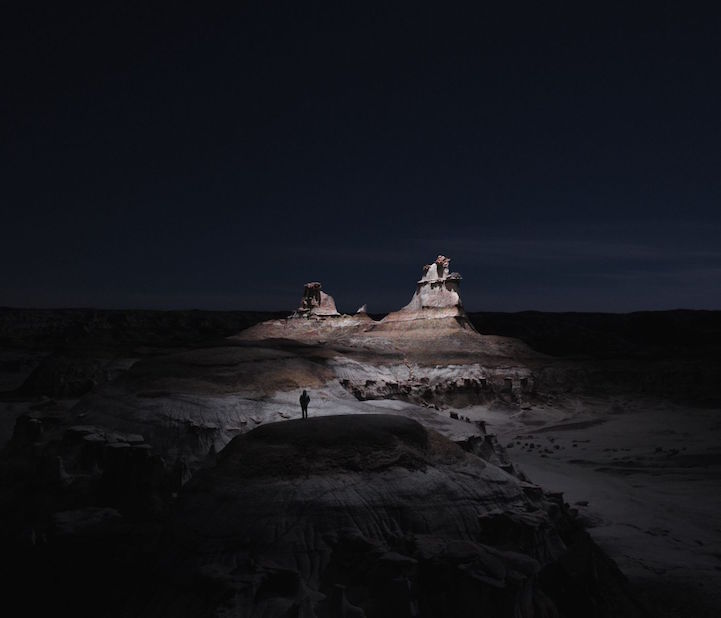 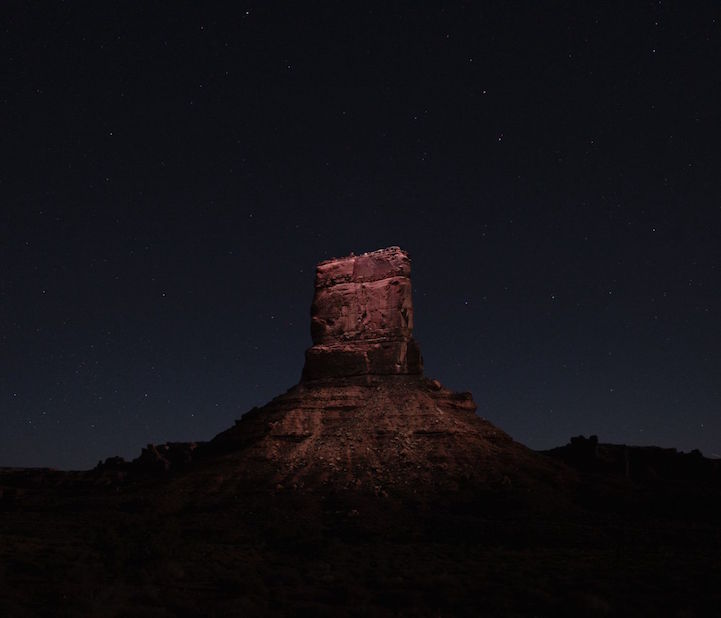 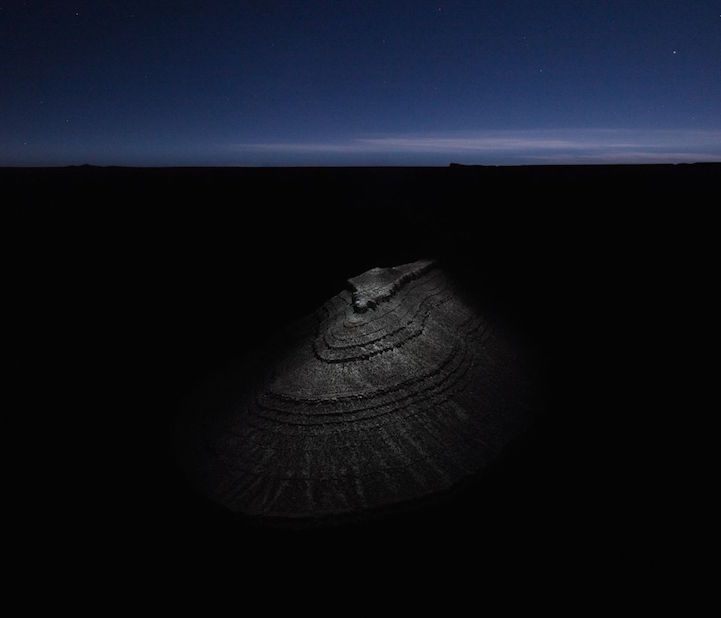 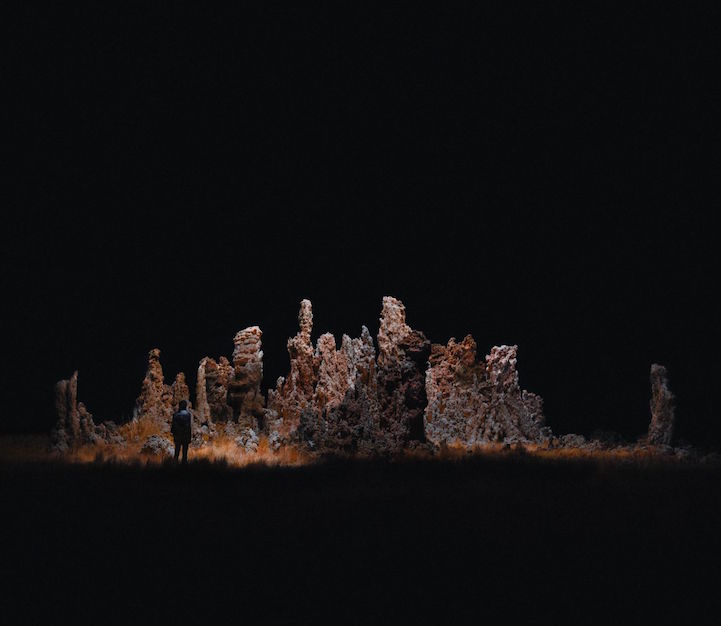 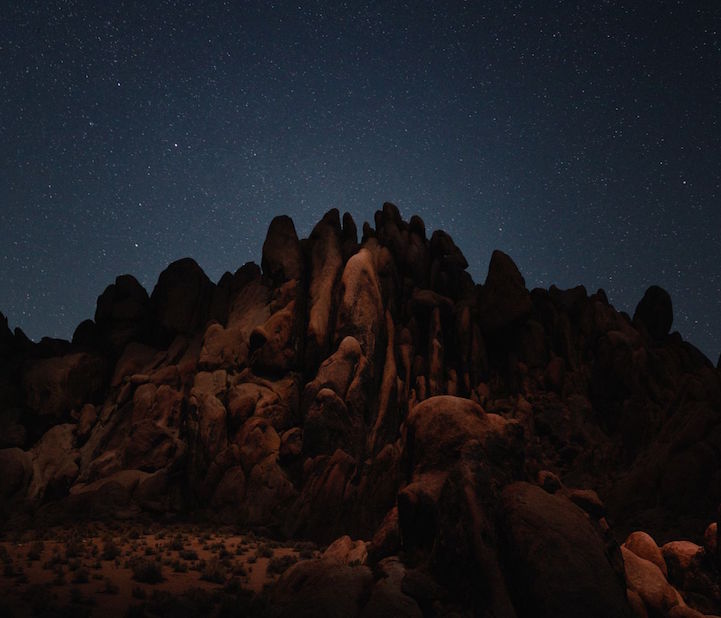 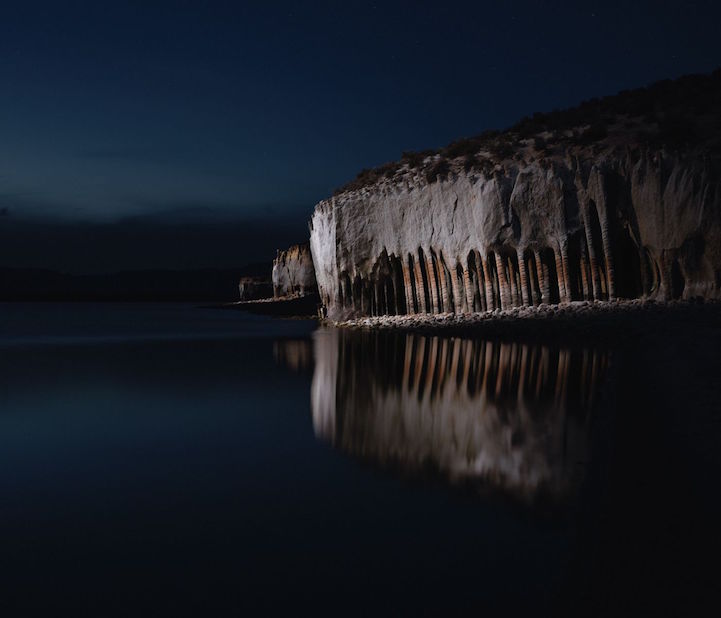 My Modern Met granted permission to use photos by Reuben Wu.