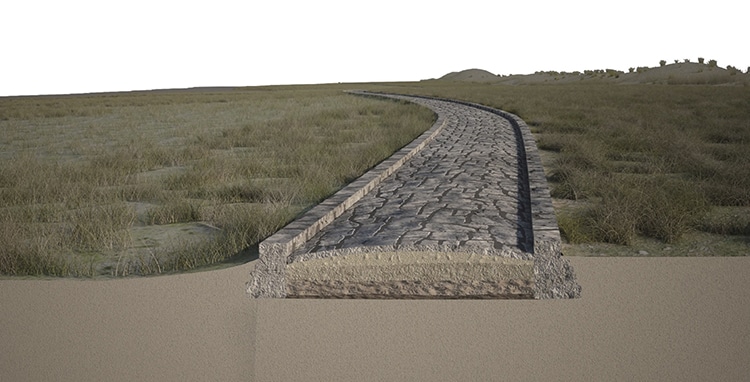 Computer rendering of what the ancient Roman road may have looked like. (Figure 7, Rendering by Antonio Calandriello and Giuseppe D'Acunto / Photo by Fantina Madricardo)

The ancient Romans were prodigious road builders. Connecting the enormous empire with stone-paved routes was a key development for its commerce and government. Today, some of these roads have been replaced with modern thoroughfares, while others are buried, flooded, or destroyed. Among these lost roads is a stretch recently discovered by researchers beneath the water of the Venice Lagoon. The findings were recently published in Scientific Reports, indicating that Venice may have been settled long before scholars originally thought.

Researchers working under Fantina Madricardo, a geophysicist at the Institute of Marine Science (ISMAR) in Venice, have been exploring Venice's waters. Famous for its rising sea level, the waters of the medieval city are difficult to explore by diving due to strong tidal currents. Using modern multi-beam sonar technology, the researchers were able to create a 3D map of the floor of the lagoon from the safety of a boat. These high-resolution maps showed some surprising sunken structures.

The team discovered a group of 12 structures about 13 to 16 feet below the surface. Some structures were over 100 feet long. After the discovery of these interesting ruins, police divers went underwater to explore with cameras. The footage showed a paved section made up of regular, smooth paving stones. The archeologists recognized this as the surface of a classic Roman road. About 2,000 years ago, the road would have been on dry land. After identifying the road, the team speculates that the other structures may be old piers of a Roman port.

Historians have long thought that Venice was founded in the 5th century CE after the fall of the Western Roman Empire. The modern city sits not far from the Roman town of Altinum. The researchers believe the road they discovered likely led to Altinum. However, the presence of what appears to be a port suggests that “already multiple settlements in the lagoon that were connected to it and coexisted with it, so the migration to this area was a more gradual process that started earlier,” according to Madricardo. While this discovery has helped illuminate the history of the famous city, it also demonstrates the need for further work to prevent the thousands of years of Venetian history from sinking further beneath the rising sea.

Researchers discovered the remains of an ancient Roman road below the waters of the Venice Lagoon. 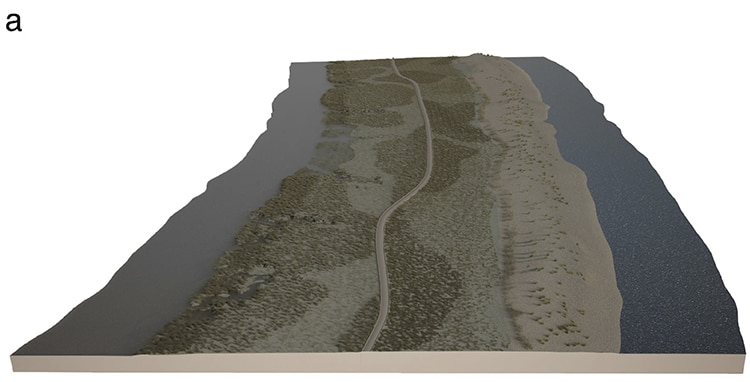 Computer rendering of what the ancient Roman road may have looked like from above. (Figure 7, Rendering by Antonio Calandriello and Giuseppe D'Acunto / Photo by Fantina Madricardo)

It appears to show that the area of present-day Venice may have had an ancient Roman port long before it was previously thought the area was settled. 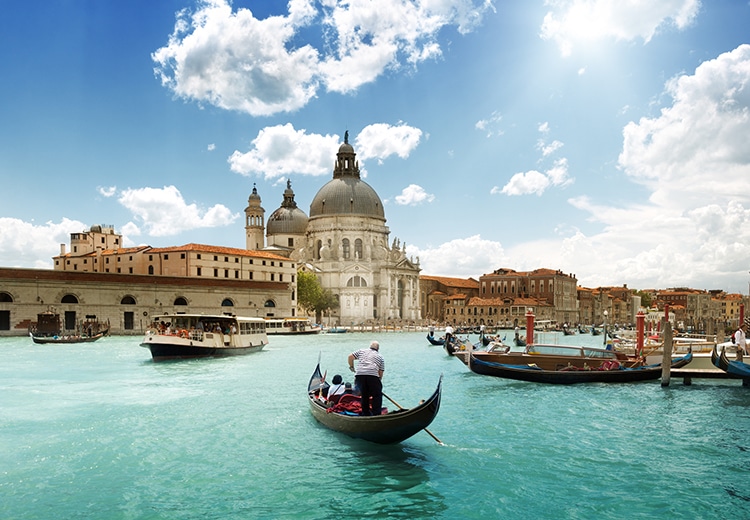