Quick Guide to the Rule of Thirds for Artists and Photographers

Most creatives, from painters to photographers, will have come across the Rule of Thirds at some point. Anyone who deals in producing visually appealing work will have had this golden guideline pushed on them in order to achieve a balanced composition. But what is the Rule of Thirds? And where does it come from?

What is the Rule of Thirds?

The Rule of Thirds is a general guideline for how to create an interesting composition which states that any image—painting, photograph, graphic design—should be broken into a grid with two vertical and two horizontal lines, creating nine equally proportioned boxes. Important compositional elements should then be placed either on the lines or at their intersections. This results in dynamic, interesting compositions that draw the viewer's eye across the scene.

This technique is often employed in landscape painting and photography, but really can apply to any genre. As one of the beginning rules of composition taught to visual artists, it's a quick and easy way for anyone—from beginner to expert—to improve the visual impact of their work. And while today the Rule of Thirds is most often associated with photography, it should come as no surprise that it originates from painting.

One of many compositional tricks that artists use, the Rule of Thirds was first written down in 1797, when an author quotes English painter Sir Joshua Reynolds. In discussing the balance of light and dark in an artwork, Reynolds refers to the Rule of Thirds, discussing it as a more general principle of balance. It would later be transformed into the grid system we know today.

An easy way to see if artwork—whether your own or by others—follows the Rule of Thirds is to lay a grid over the final image. If you don't feel like making the simple calculations, you can download a grid.

Rule of Thirds in Painting

Photographers aren't the only ones who use the Rule of Thirds. Long before the world's first photographs, famous artists frequently employed the technique in order to achieve harmony and balance in their compositions. Let's look at three different artists across different genres to see how they all applied the Rule of Thirds to great effect. 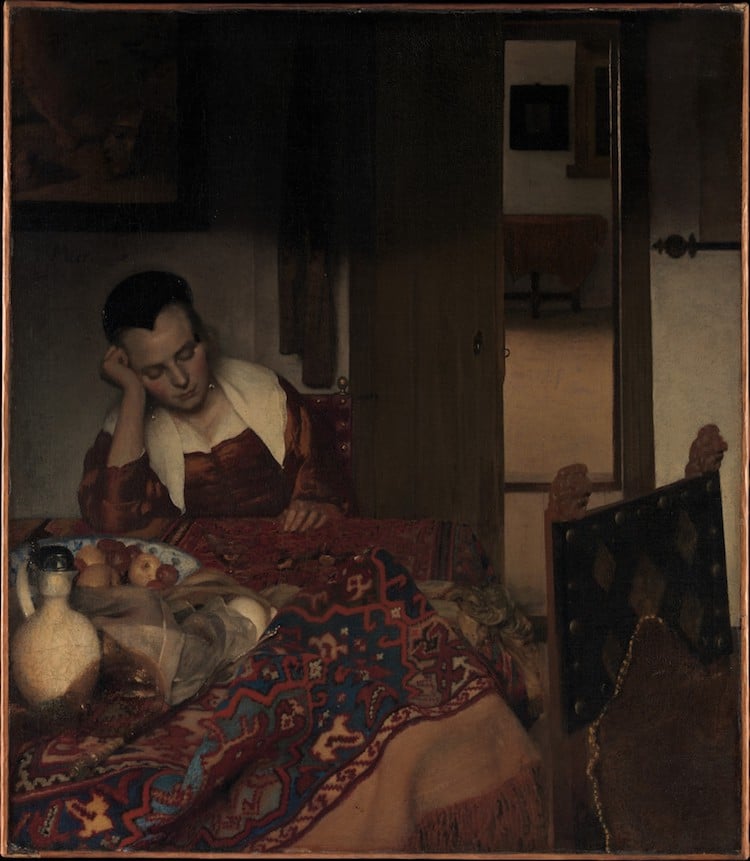 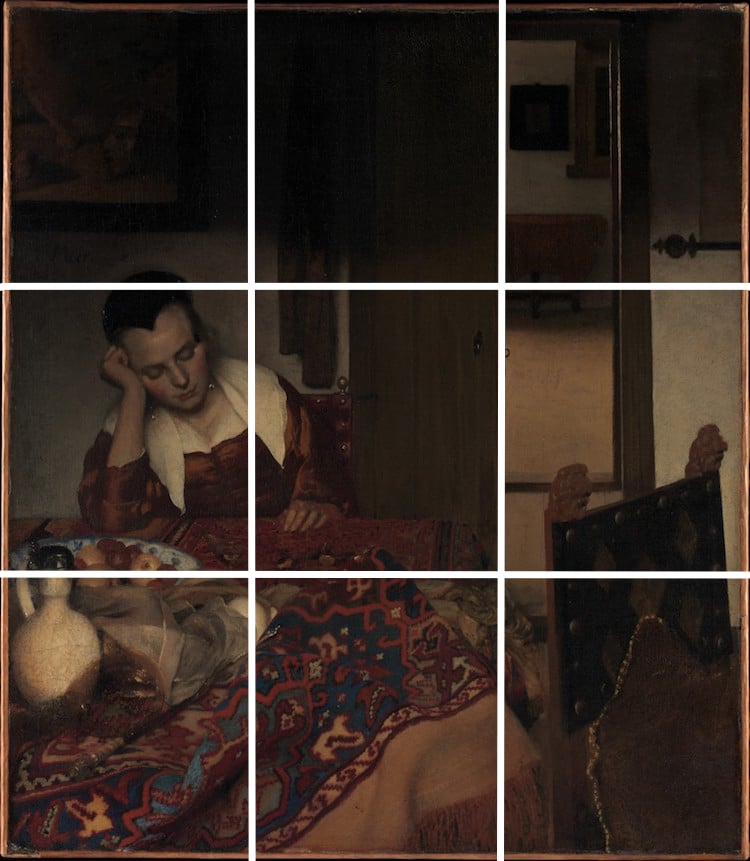 This early painting by Vermeer shows a use of the compositional trick by the manner in which the sleeping maid's head lines up with the upper horizontal line. Interestingly, the top of the jug on the table matches with the lower horizontal line, creating a pleasing distance between foreground and background subject. Even the door cracked open has a compositional purpose. The door itself fall exactly on the right vertical line running through the painting. These choices, combined with Vermeer's use of light and shadow, lend dramatic tension to this seemingly everyday scene. 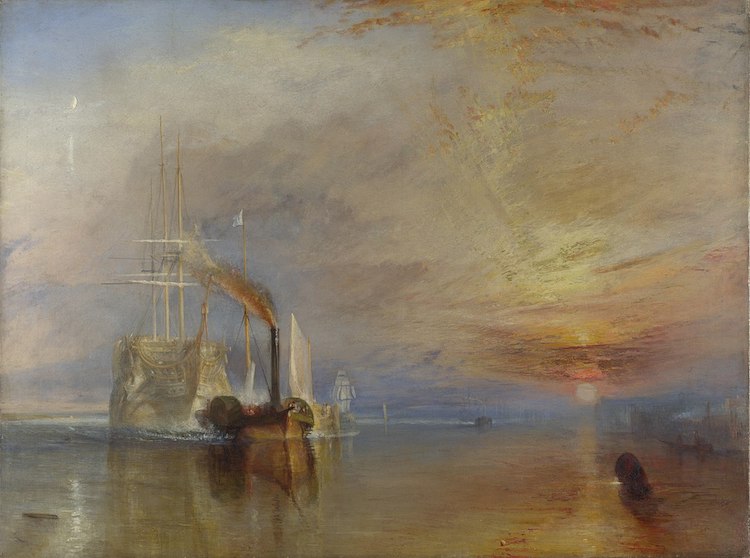 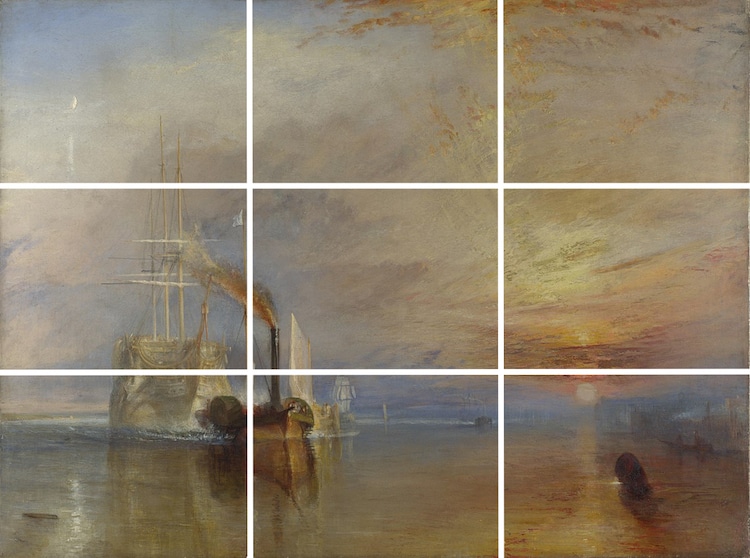 This famous landscape painting by acclaimed English Romantic painter J.M.W. Turner makes great use of the Rule of Thirds. Not only does the horizon fall on the lower horizontal line, the ships intersect along the first vertical line. Placing the ships slight off center gives the piece a sense of dynamic movement that helps make it one of Turner's most acclaimed paintings. 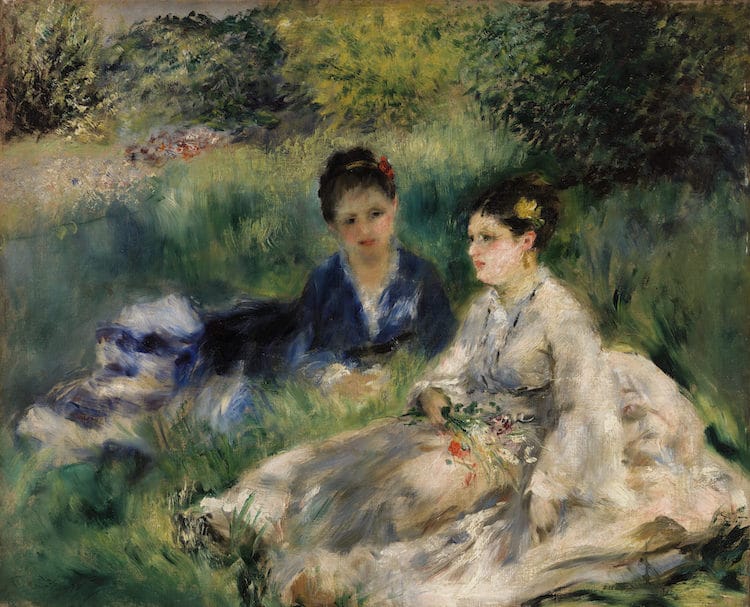 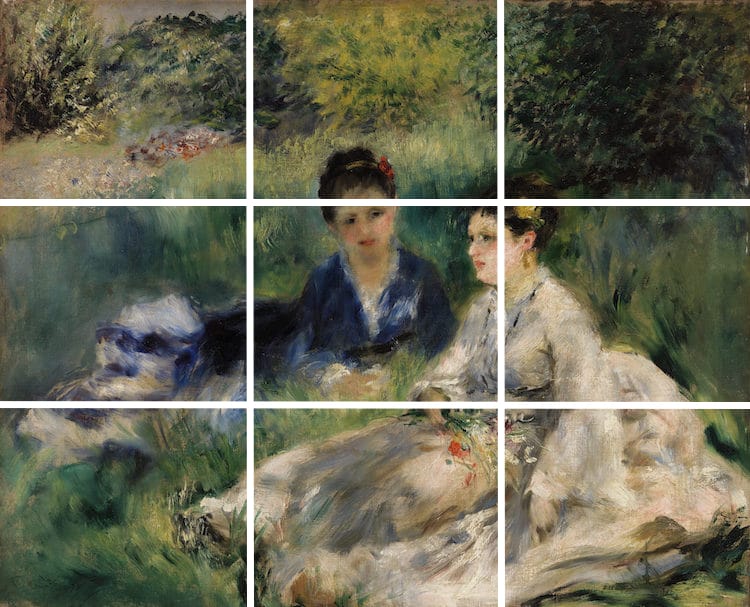 Impressionists may be known as rule breakers, but that doesn't mean they didn't practice the fundamentals of good composition. Renoir's 1873 oil painting, now part of the Barnes Foundation in Philadelphia, shows the careful placement of his subjects, letting them hit along multiple lines in the grid. Renoir's masterpiece is a good reminder of how the Rule of Thirds can be used to create natural groupings of people within a composition.