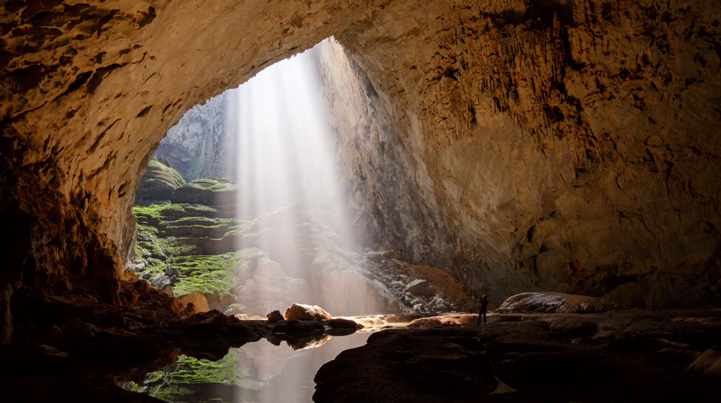 Photographer Ryan Deboodt recently took his DSLRs and camera drone into the Hang Son Doong cave in Vietnam, and what he captured has an otherworldly feel. The locale is the largest known cave in the world, and its interior might not be what you'd expect. Instead of appearing dark and rocky, Hang Son Doong (translation: mountain river cave) is a lush, jungle-like world with an underground river. It's a fascinating natural splendor and made even more incredible as Deboodt's drone pans the grandiose views.The six-minute-long video is a tour of the idyllic landscape. Many shots feature people in the frame for scale, and they look like ants – the cave is gigantic. Its largest chamber is more than 3.1 miles long, 660 feet high, and 490 feet wide. Some of the stalagmites (rock formations that rise from the floor) are up to 230 feet tall.

What you're seeing in the video is footage filmed near the entrance, plus two “skylight” areas that are found at 1.55 and 2.17 miles inside the cave. It looks like an amazing place to explore! 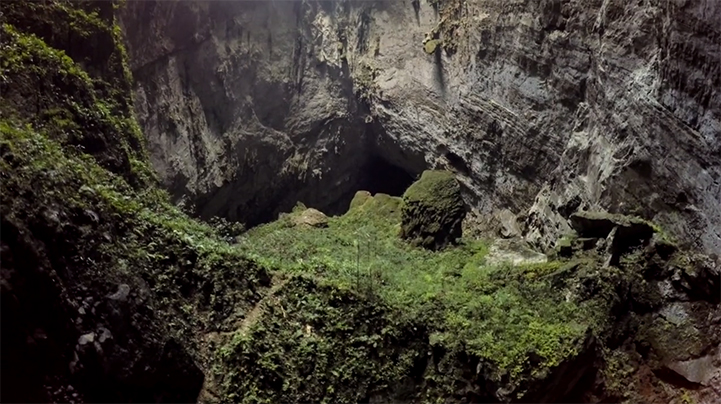 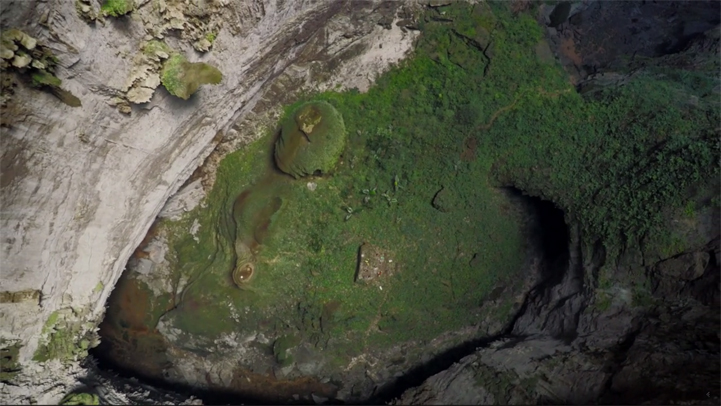 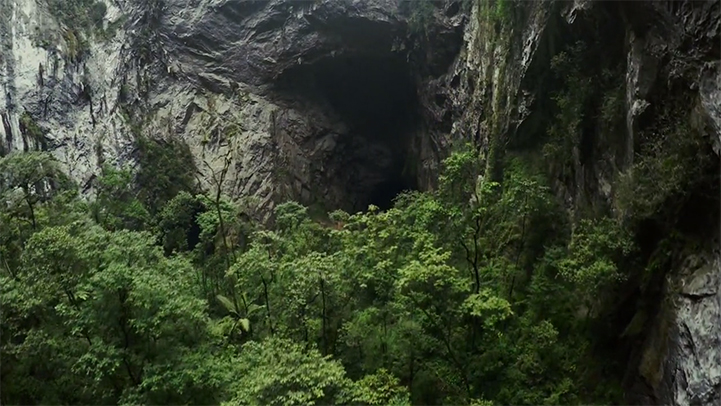 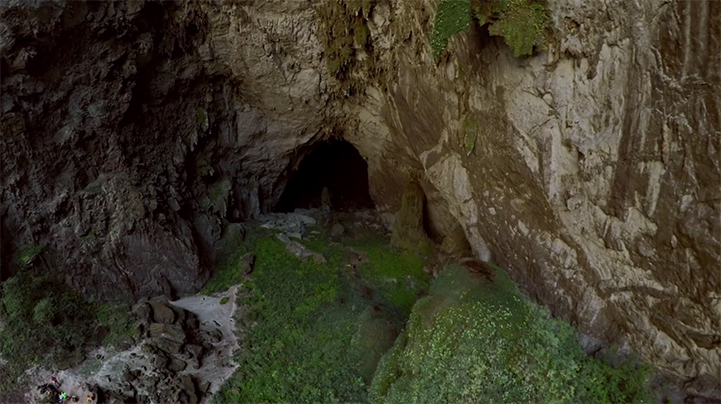 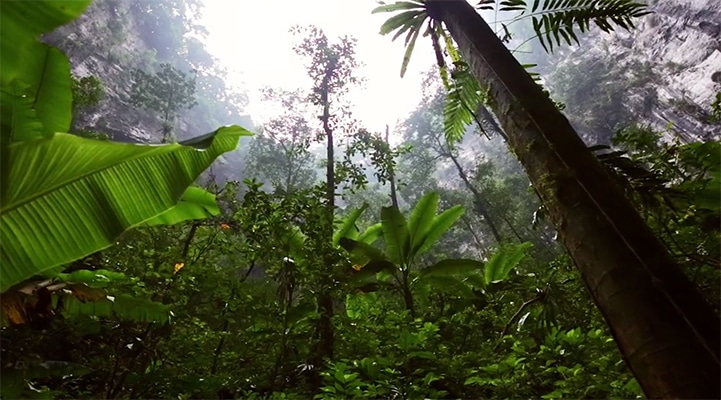 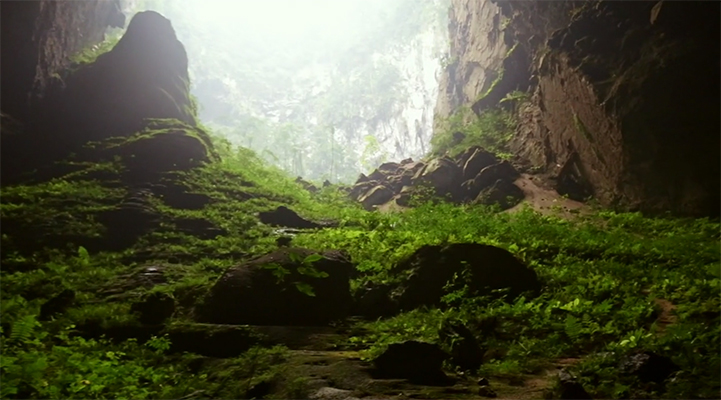 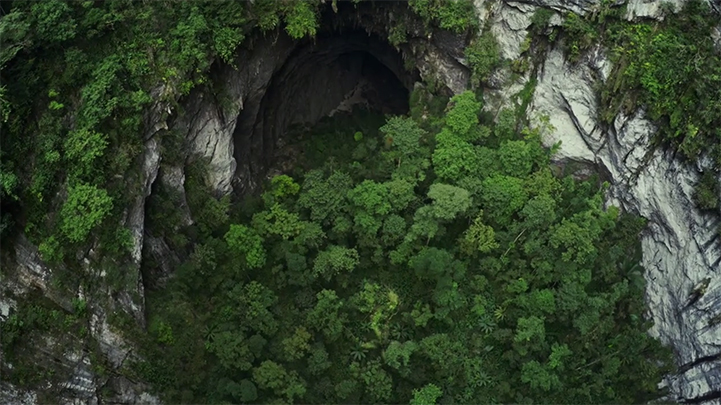 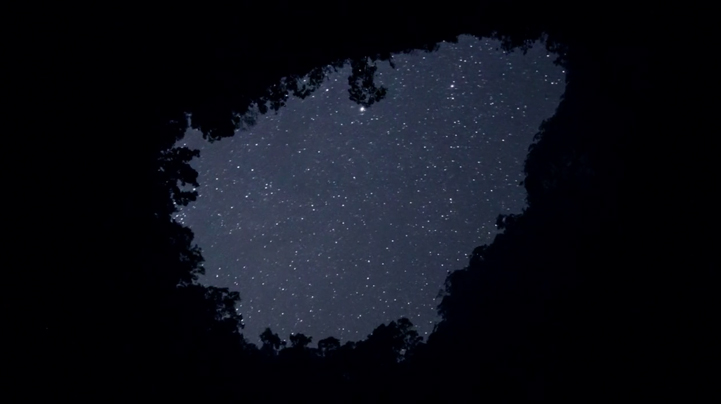