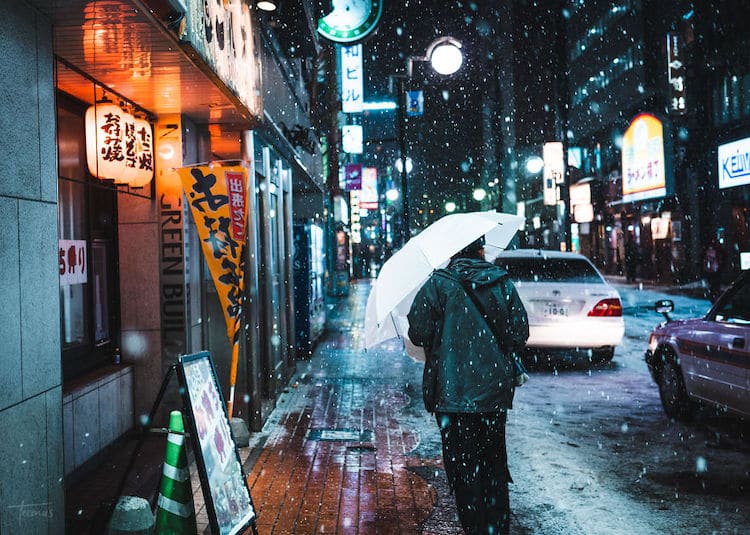 Urban street photographer Teemu Jarvinen is known for his cyberpunk style photographs of cities around Asia. Recently, he spent three weeks in Sapporo, the capital of Japan's northernmost island Hokkaido. Blanketed in snow, the city made the perfect canvas to create a series of intriguing cityscapes. As Jarvinen bundled up and set out to wander the city streets, he was able to capture the isolation and beauty of this wintery atmosphere.

The harsh weather conditions in Sapporo, where average winter temperatures are below freezing, make the city quite unique within Japan. Being in an area where snow is a regular occurrence proved to be quite challenging for Jarvinen as he set about his work. With the snowstorms came harsh wind, which kept the photographer on his toes. But in the end, it was worth it. “Shooting in the cold snowstorms with lots of wind is kind of a special challenge, so it's extra rewarding when it works out,” Jarvinen tells My Modern Met.

Given the temperatures, it shouldn't come as a surprise that the human presence in Jarvinen's photographs is often solitary. Figures trudge through the wet streets, umbrellas protecting them from snowfall until they're able to scurry indoors. The atmosphere vacillates from the bright, neon-soaked lights we're familiar with in Japan to dimly lit scenes where people appear as blurry silhouettes in the night.

Thanks to this unique atmosphere, Jarvinen's Sapporo photographs distinguish themselves from other pictures of urban Japan. It's a tribute to his dedication to photography and his willingness to push his style that Jarvinen was able to spend time in this part of Japan, which is far less photographed than other cities like Tokyo.

If you like Jarvinen's style, check out his set of Night Photography Presets. 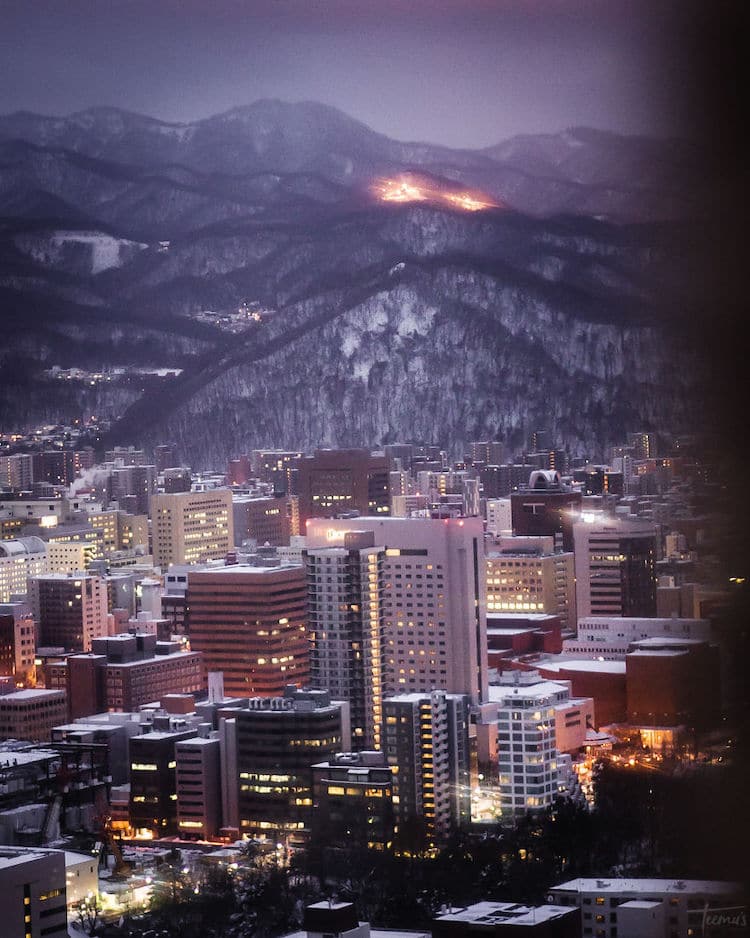 He braved the weather to take stunning images of the city battling the harsh winter conditions. 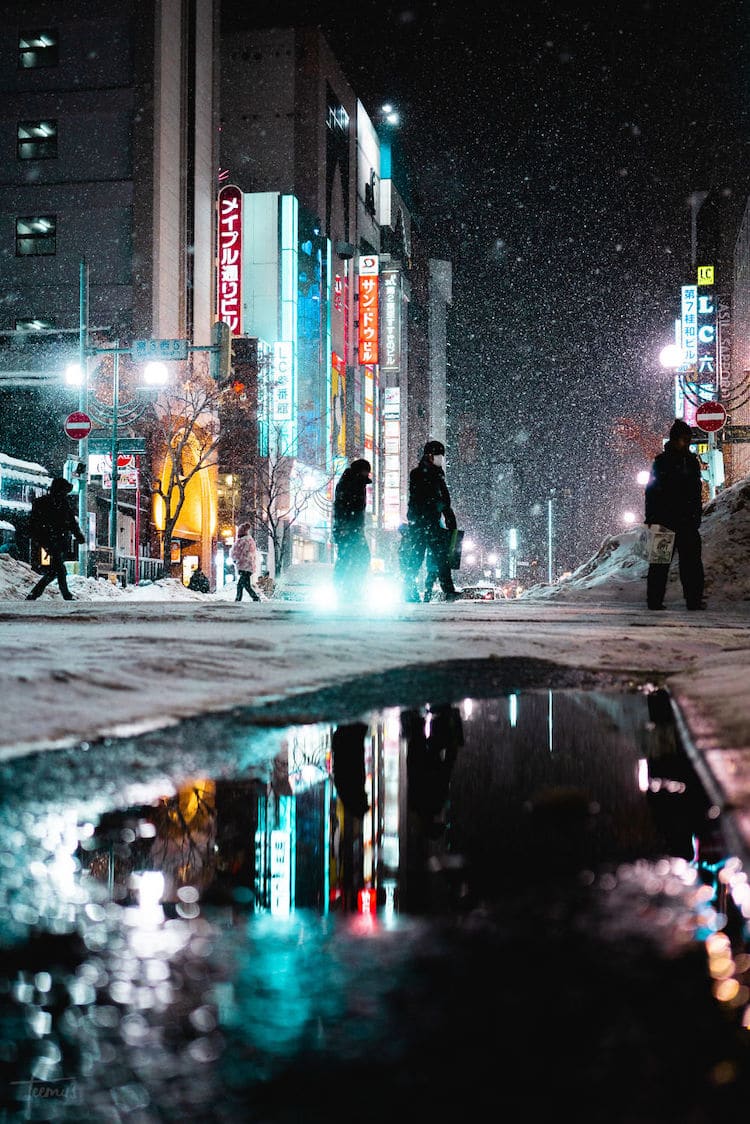 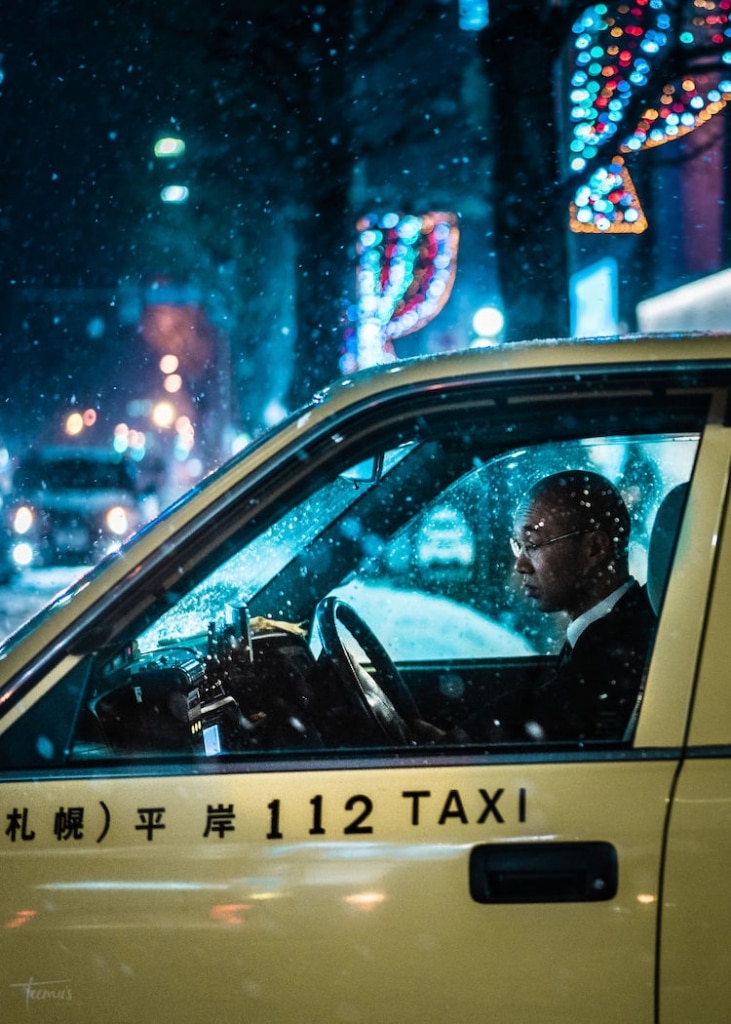 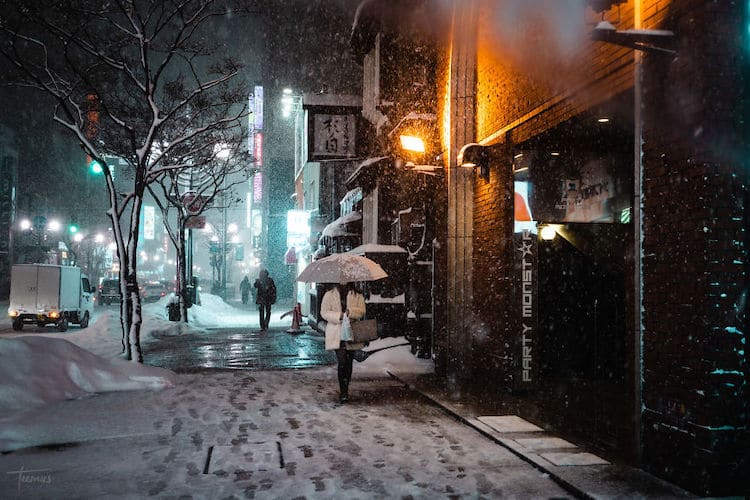 From bright lights to dark alleyways, the environment is both beautiful and solitary. 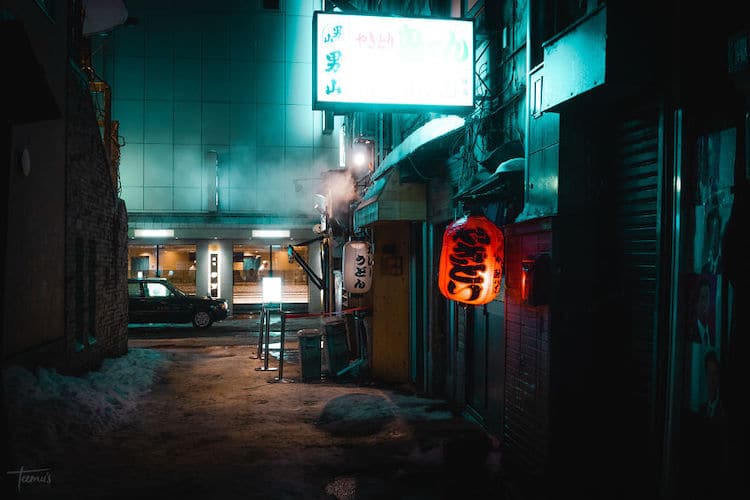 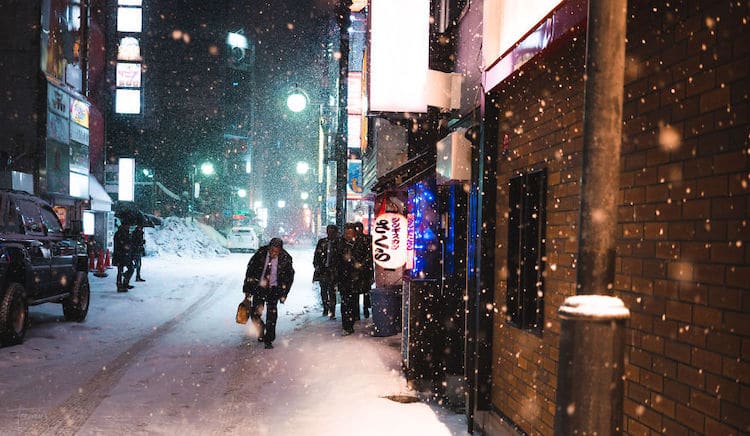 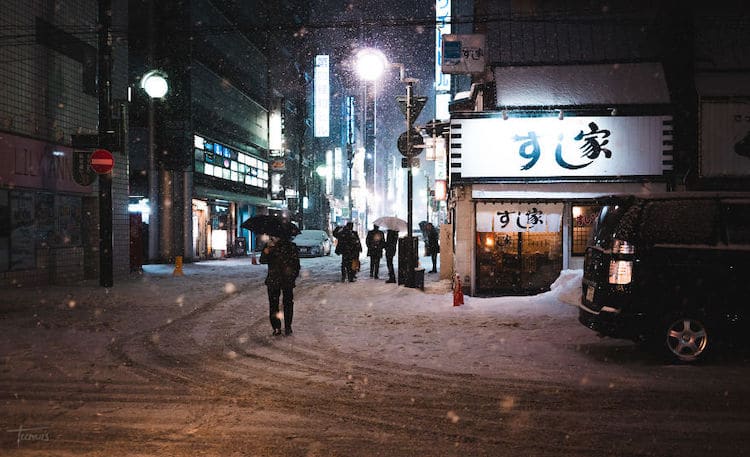 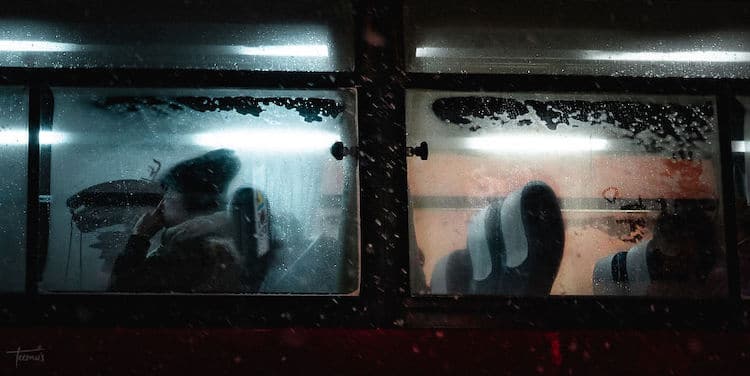 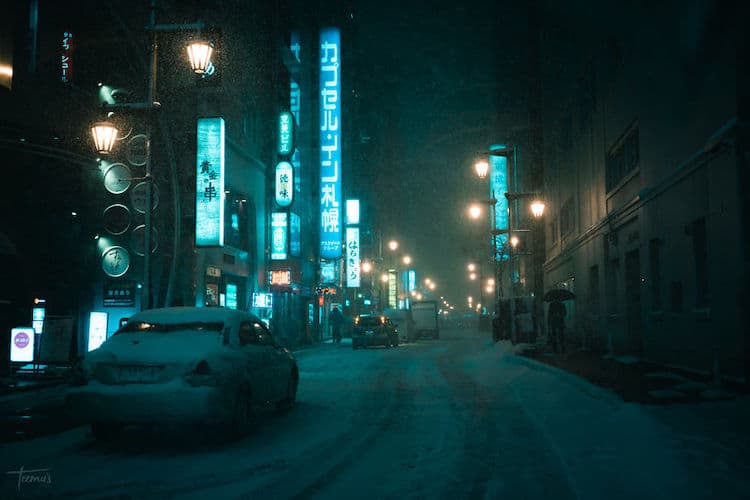 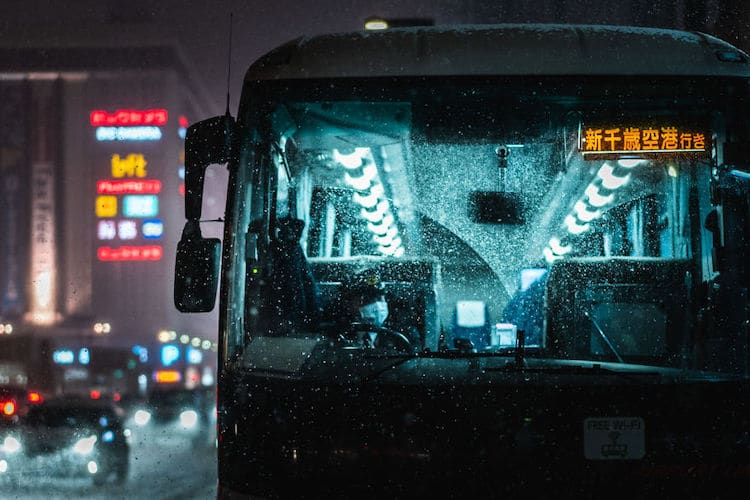 Single figures make their way indoors, protecting themselves from the snow with umbrellas. 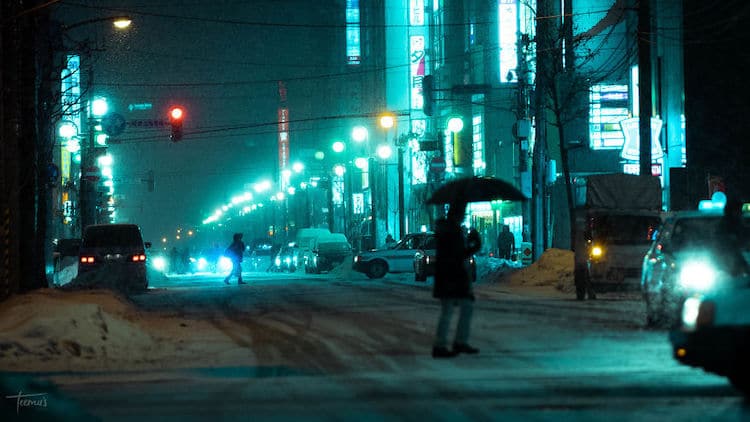 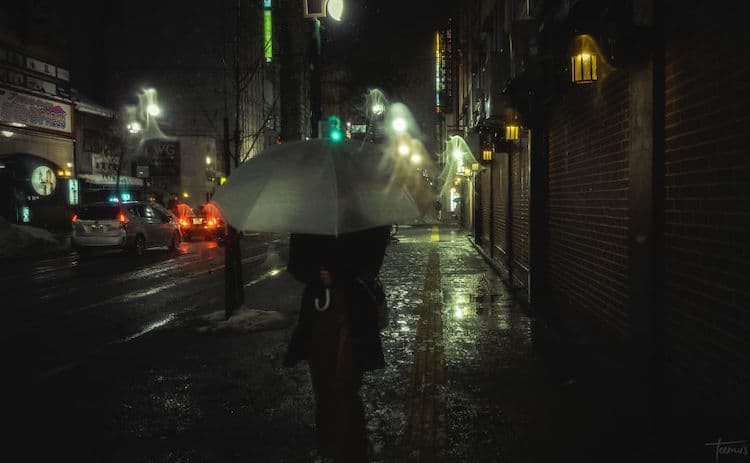 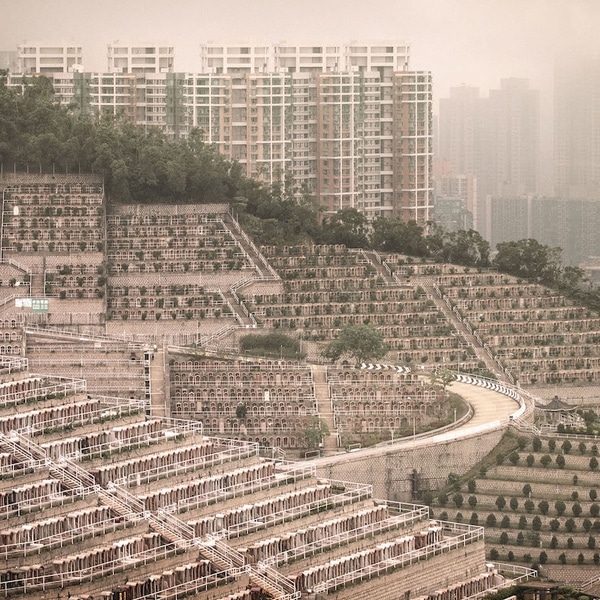 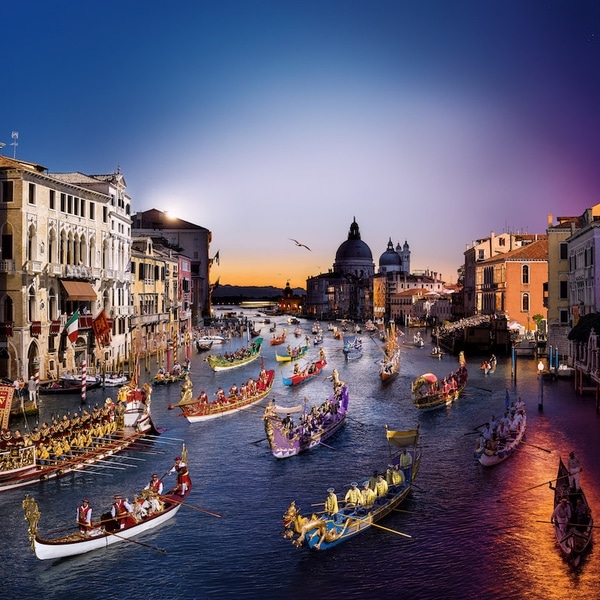