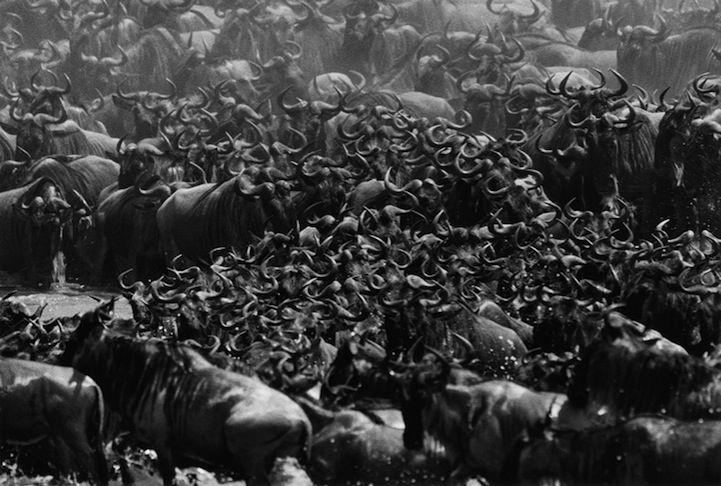 Anyone who's ever watched the National Geographic channel has probably heard of the Serengeti, often called “God's private zoo.” For those who love nature and wildlife, there really is no place like it in the world.

During the rainy period, from December to June, the plateau surrounding the Ngorongoro volcanic crater in the Serengeti is covered with lush vegetation and herds of animals. The most striking of these animals are the wildebeests (aka gnu antelopes). At over one million strong, they are much more numerous than the other hoofed animals.

After the last rainstorm, the plain rapidly changes into a dry and hostile wasteland. The wildebeests migrate, following the escaping rain. At a certain point during the migration, the herd must swim across its largest obstacle – the Mara River. Here, hordes of hungry crocodiles wait anxiously for their prey. The wildebeests seem to know this and are more reluctant to enter the water, yet they cannot abandon their march.

Polish photographer Tomasz Gudzowaty is one of the lucky few who has experienced the wildebeests' epic journey across Serengeti's treacherous Mara River. In fact, he's captured these magnificent black and white shots of the phenomenon. Gudzowaty is the winner of several prestigious photography contests, including World Press Photo, Pictures of the Year and NPPA Best of Photojournalism. 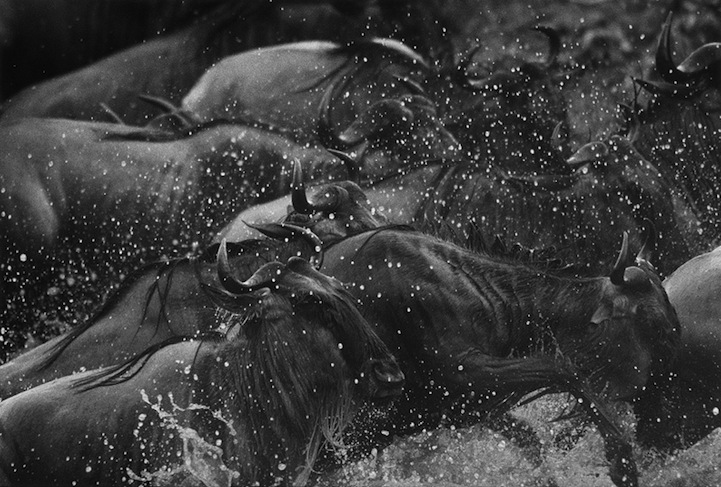 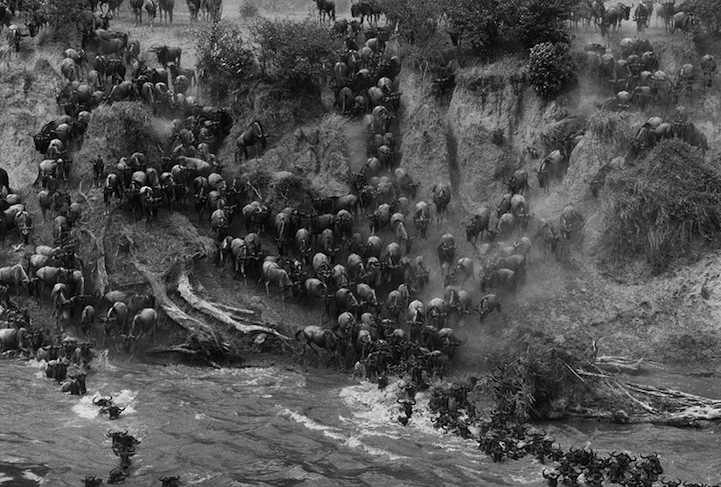 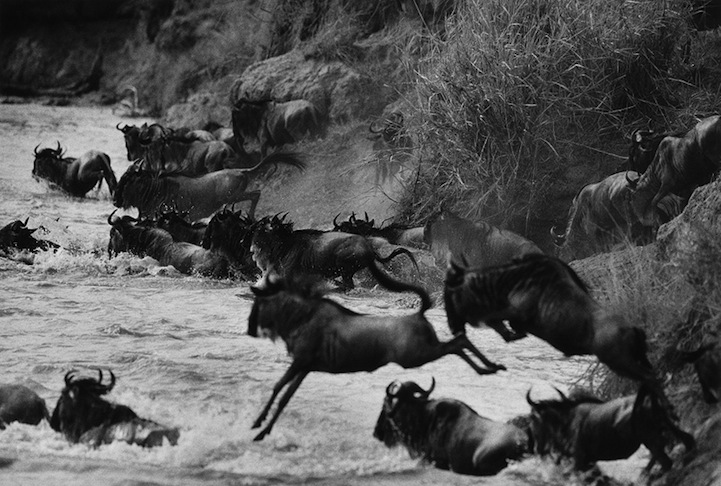 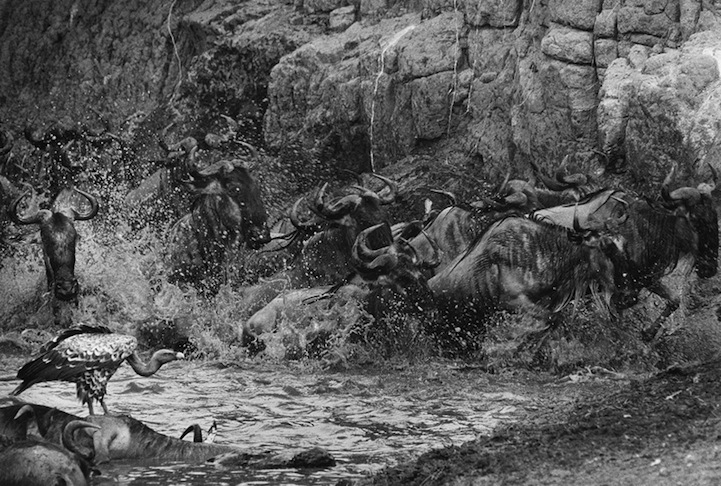 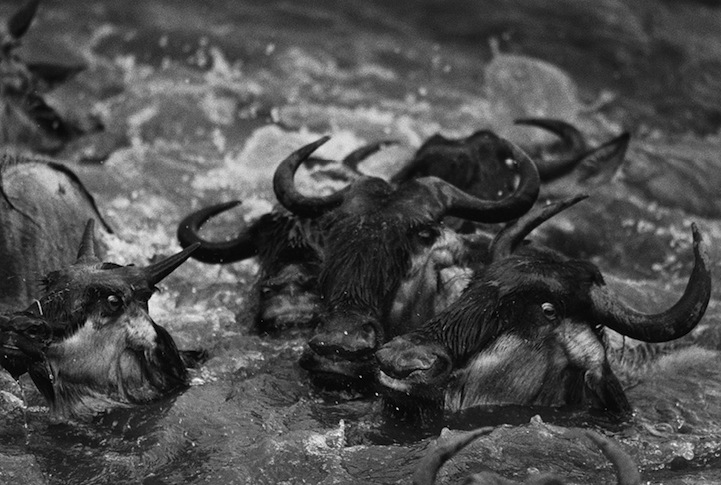 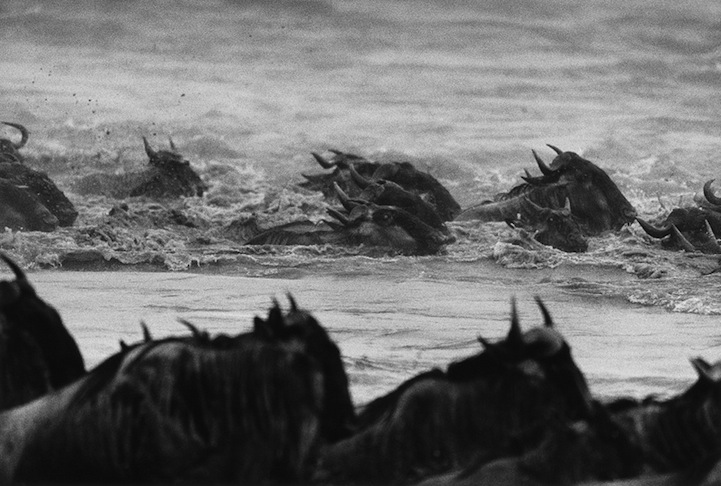 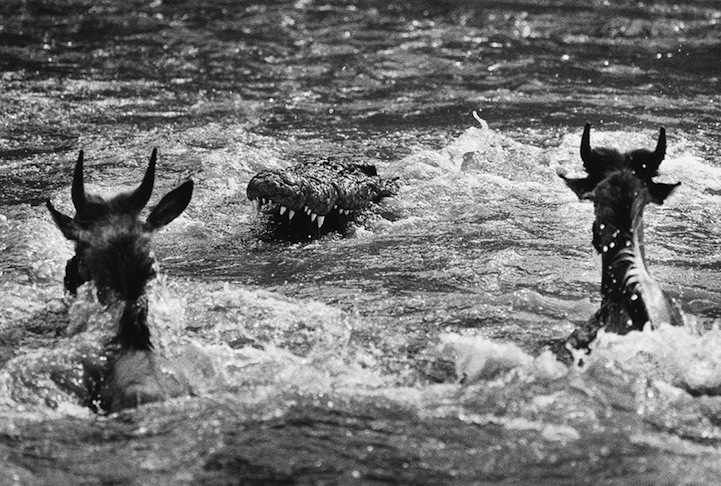 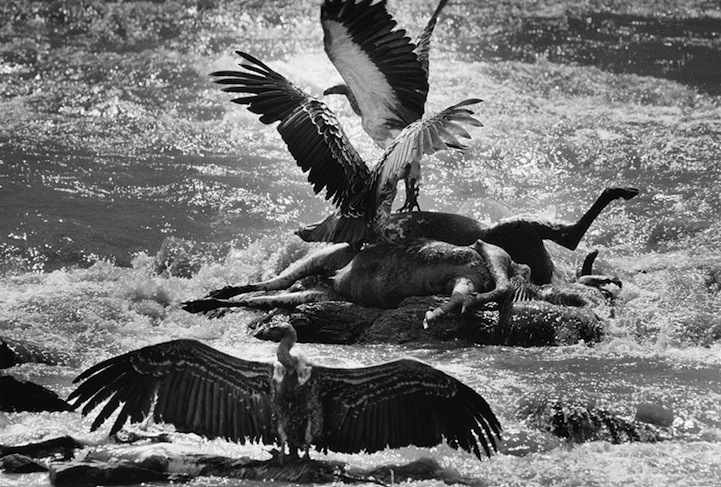 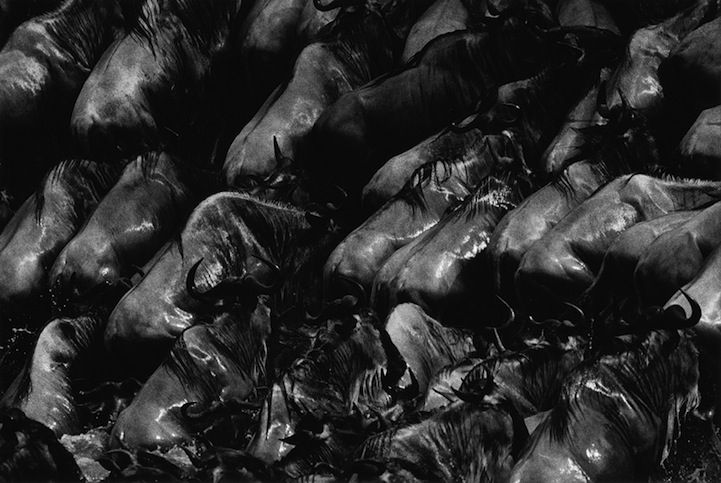 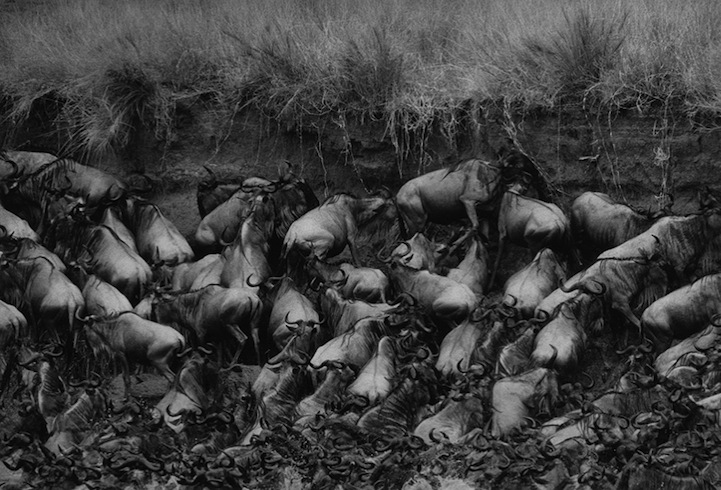 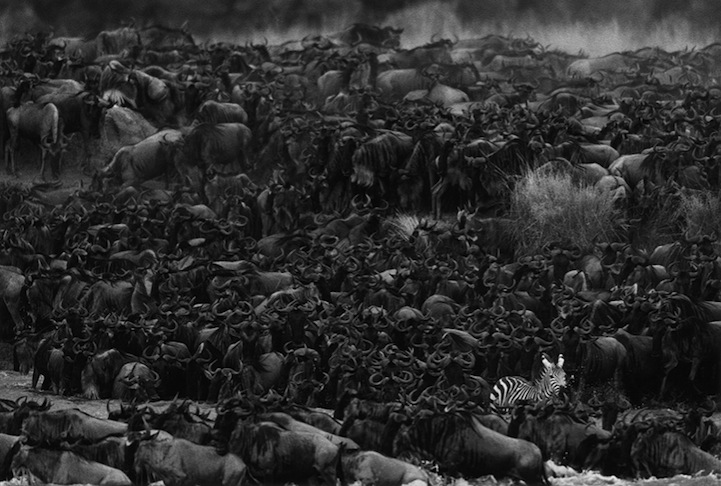