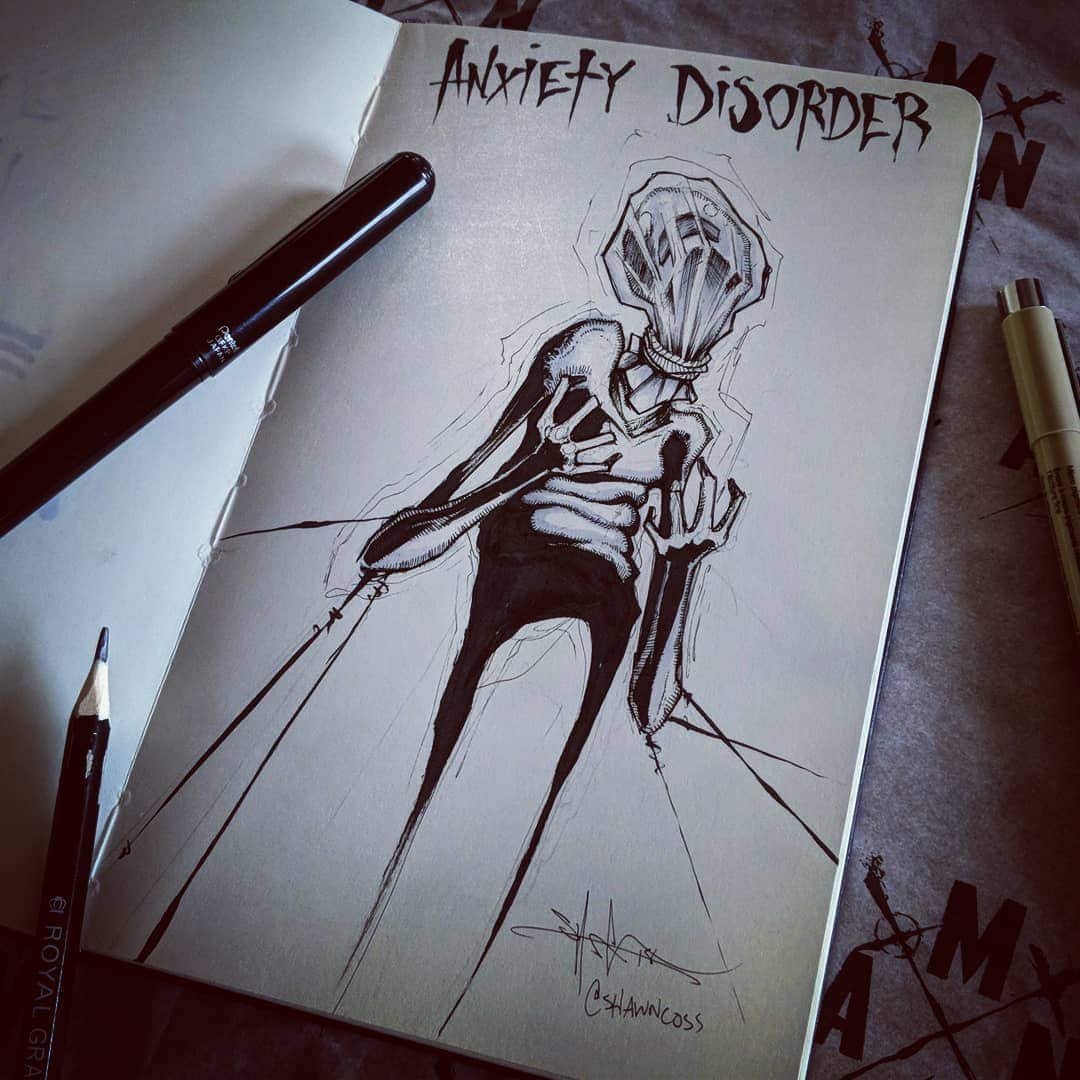 Artist Shawn Coss is helping to fight the stigmas associated with mental illness. He started his quest in 2016 with Inktober, a global art challenge that has creatives inking a new drawing every day for the month of October. During that time, he ditched the suggested prompts and worked within a theme that he felt connected to—mental illness and a desire to start a conversation about it. For 31 days, Coss illustrated a series of ghoulish creatures that depicted the essence of disorders like depression, insomnia, and schizophrenia. Coss returned to this theme for Inktober 2018 and redrew the creatures with a new eye.

Inspired by horror movies and informed by his medical background, Coss has illustrated a myriad of disorders in grotesque detail. His characters, tortured by their symptoms, offer a glimpse into the struggles that people with these afflictions face on a regular basis. The images are somber, but Coss tampers them with optimism and believes this duality resonates with folks. In an email, he tells My Modern Met, “I think my willingness to show the darker aspects of humanity [demonstrates] that through that darkness viewers can find a glimpse of light to give them hope.”

We spoke with Coss about his Inktober mental illness series and the response it's garnered from people around the world. Scroll down to read our exclusive interview. 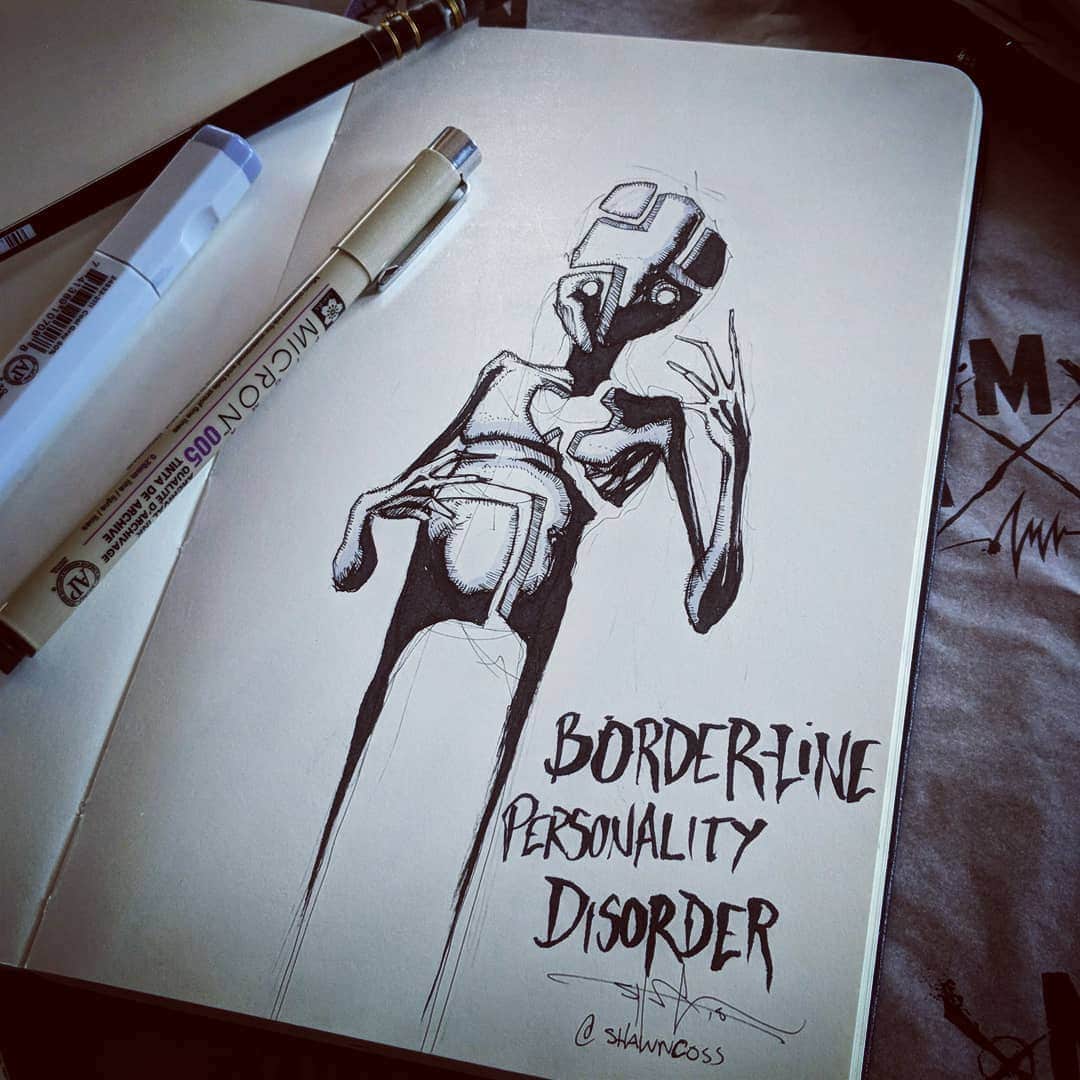 How did you first become interested in illustrating ghoulish subject matter?

As long as I could hold a crayon, I've always been involved with art from a young age. The exact moment is unclear, but my parents have always told me that I've been interested in darker imagery and art. My mom used to read Stephen King books to me at bedtime as well as allow me to watch horror movies as a child. Some may find that morbid, but to me, it was exciting and intriguing to see these fantastical creatures come to life like The Fly, Pennywise, and Cujo. I have no formal education in artwork, my only college degree is a Registered Nurse, but mostly everything I've learned has been from the vast void of the internet and personal exploration. 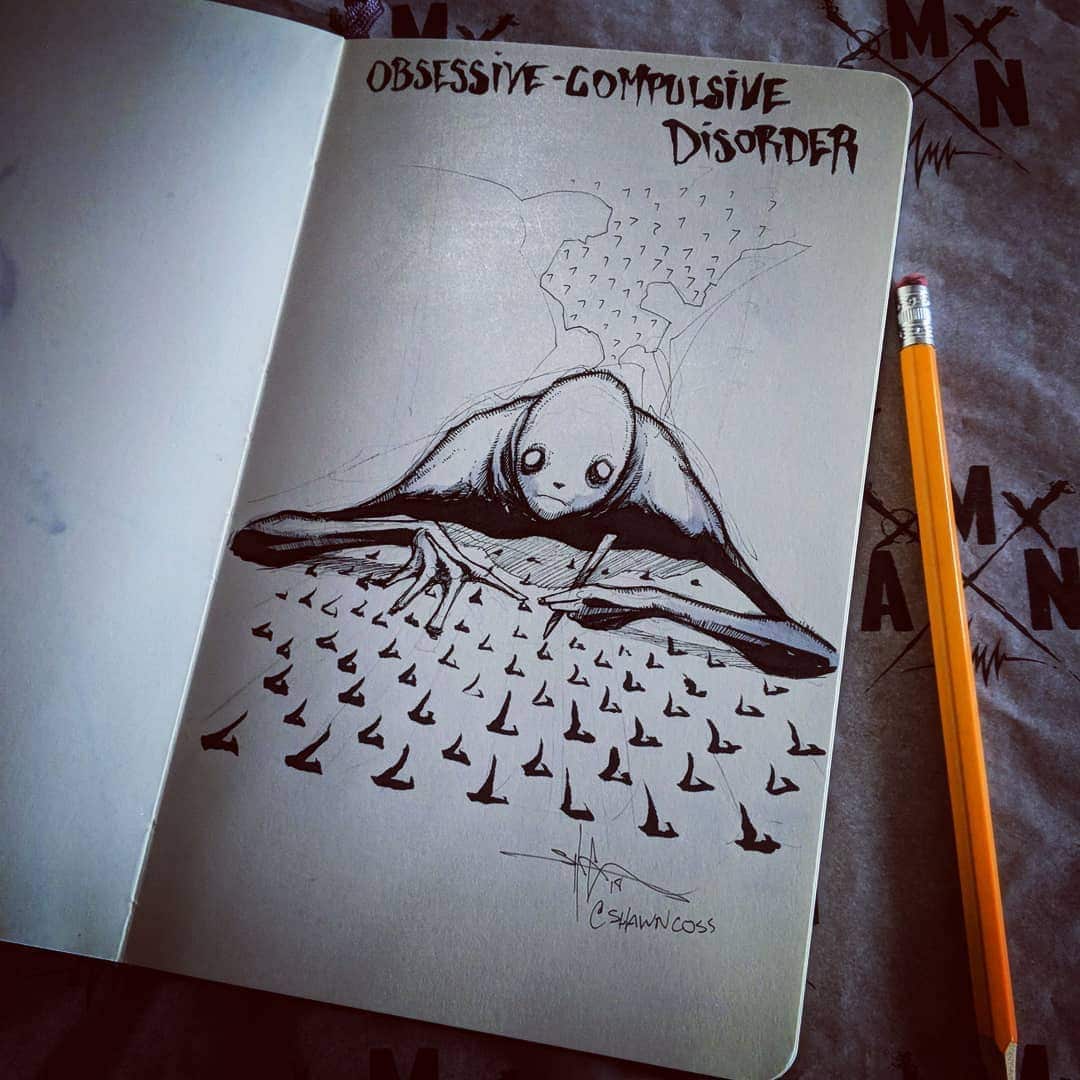 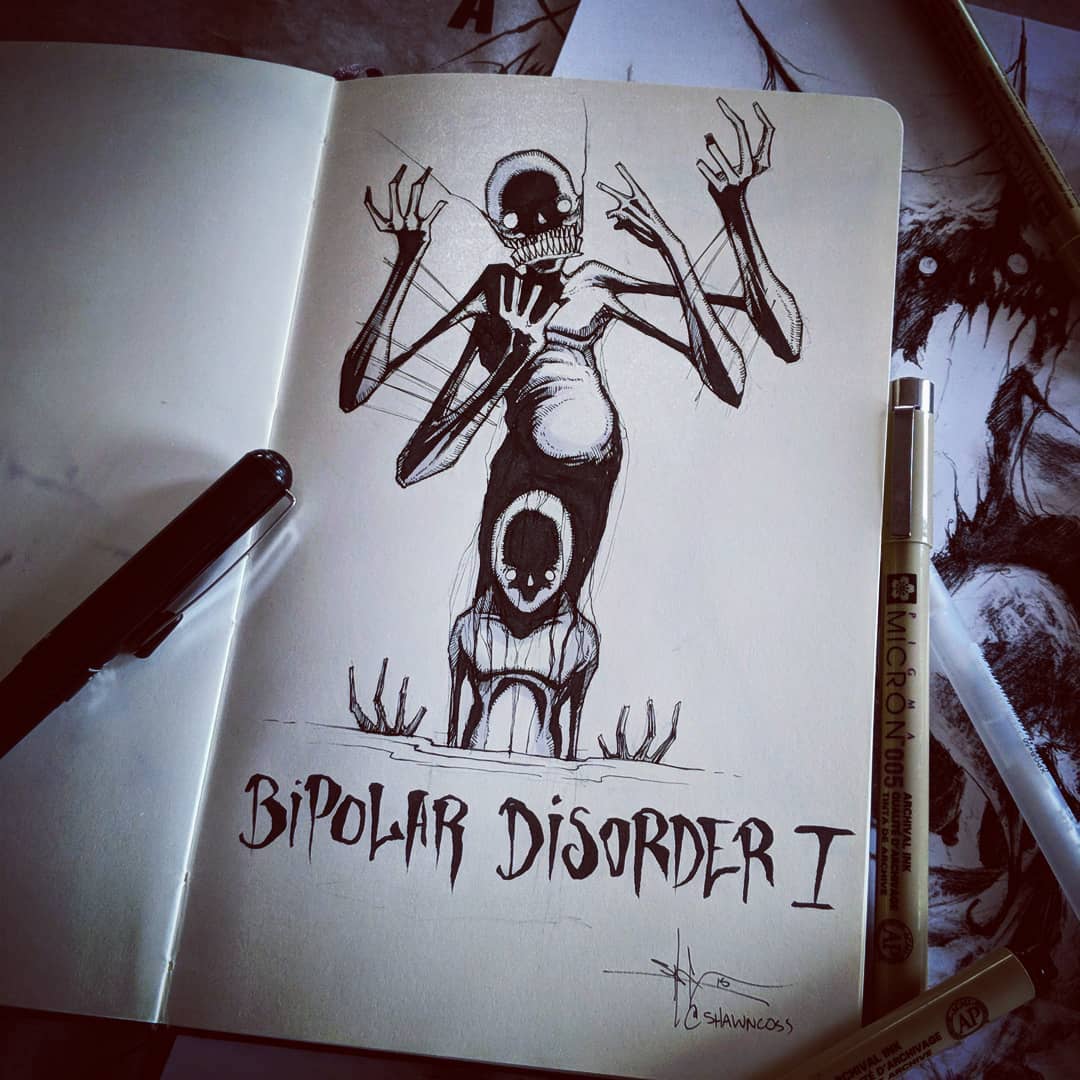 What was the inspiration for your initial images?

In 2016, I was given the suggestion to depict mental illness and with my medical background, I created a few pieces that kind of grabbed a small part of the internet's attention. In creating the series, it allowed and forced me to come to grips with my own battles with mental health while unknowingly becoming a new voice for so many that felt nothing previously could describe how they felt.

What was the response back then?

Initially, they were well received by my current fan base. It was a couple days later that I had grown quickly in exposure and with that new exposure [there] came a lot of new eyes that didn't understand my art, let alone my purpose of the creepily drawn designs. Many unfamiliar with my style saw it as demonizing their personal disorders and though I tried my best to explain what I was trying to do, it was a losing battle. I even had a #fuckshawncoss hashtag trending for a brief moment on Twitter which apparently means I made it as an artist, but it was still a little hard to handle at first. It was the overwhelming outpouring of support from those who told me how much the art helped them that allowed me to drown out all the negativity so many were eager to throw at me. 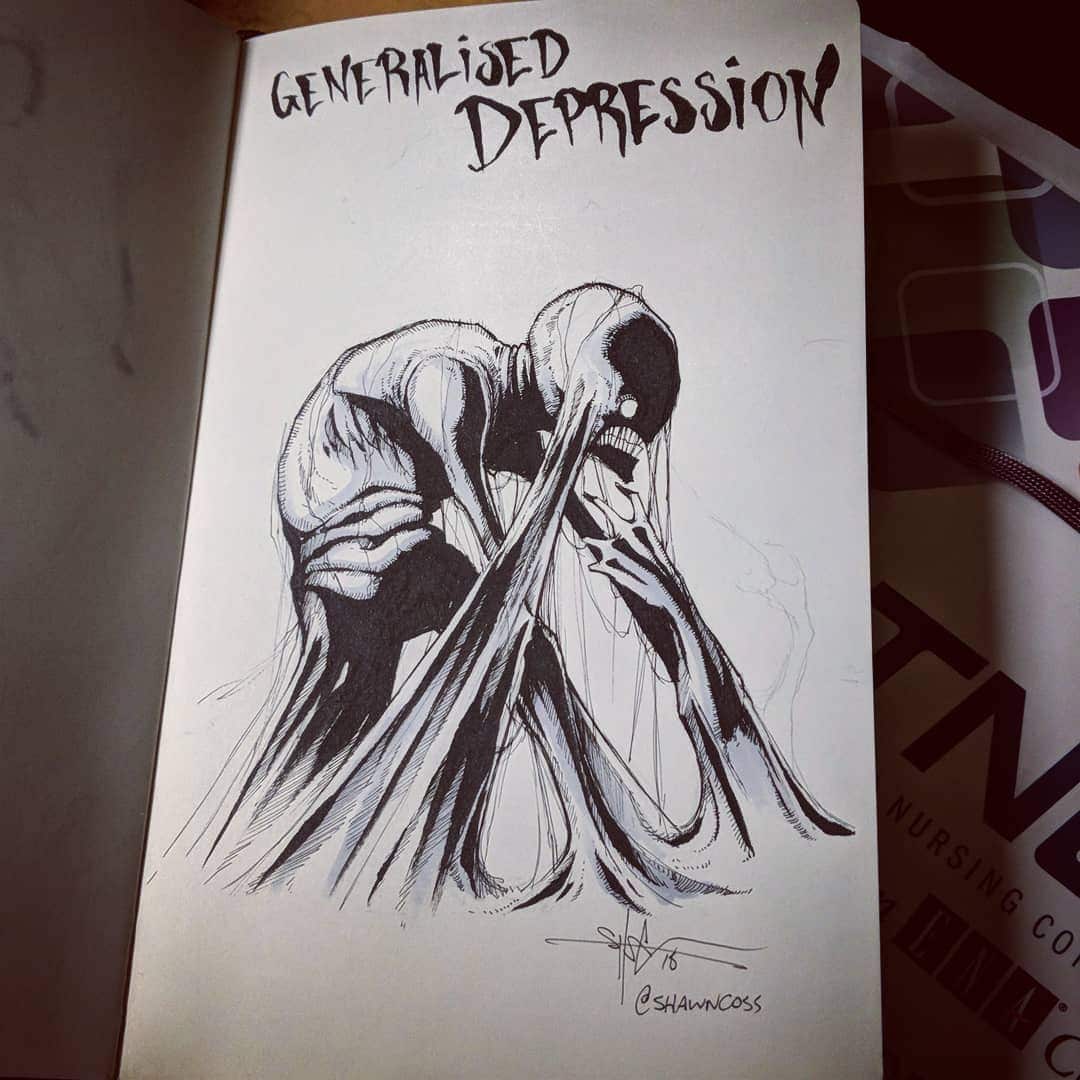 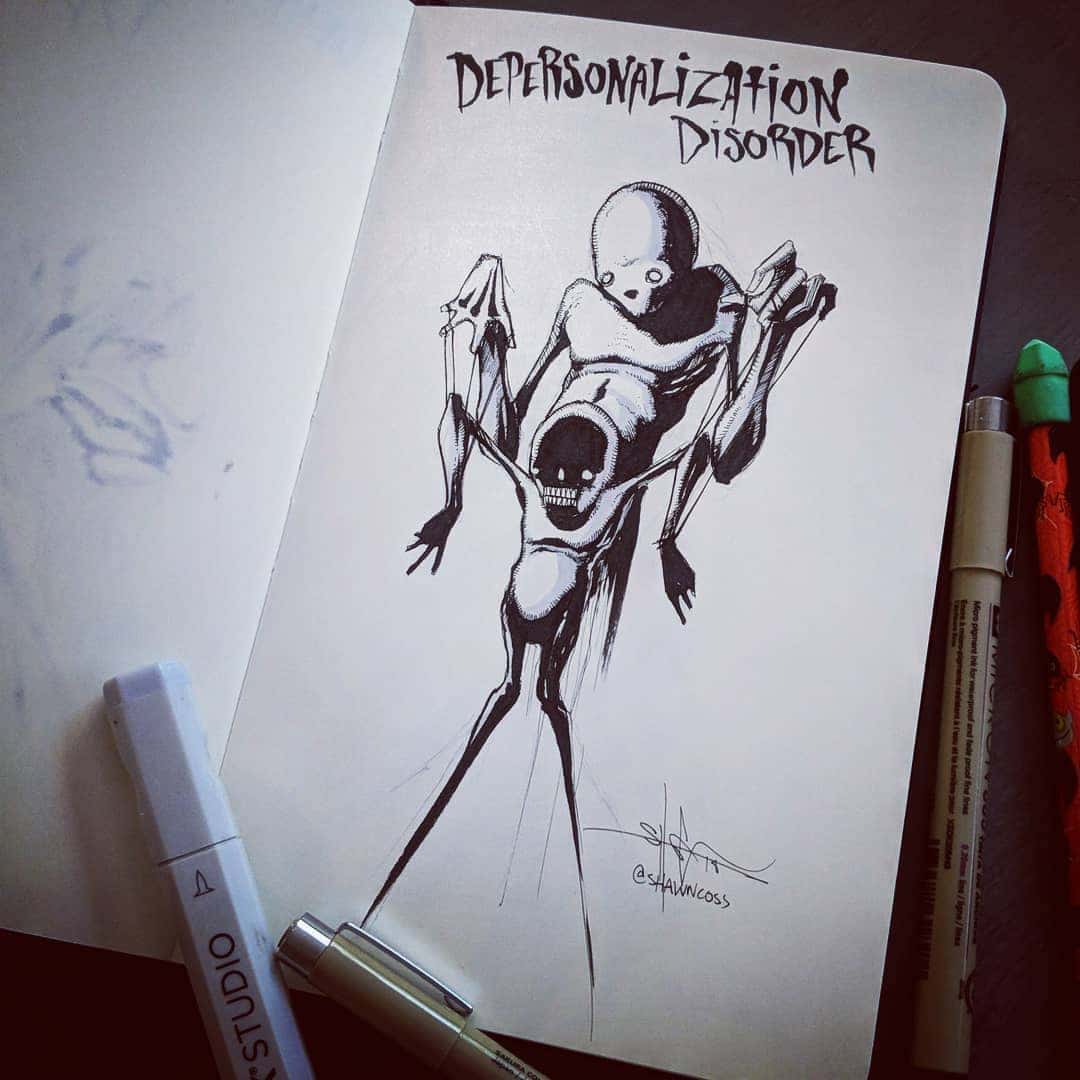 For the 2018 version, I wanted to recreate a few of them from a different experience and try to capture more symptoms. Though I'd be foolish to think that a single piece of art could ever come close to completely capturing the intensity and varied symptoms of each disorder.

What do you want people to think or feel when they see your work?

I want them to feel something. Whether it's positive or negative, I want them to feel something emotionally. Now more than ever, I feel we live in such a sterile and controlled environment that to feel anything at all is a huge accomplishment. Above that, I want those who feel they have no voice to know that they aren't alone with their mental health. 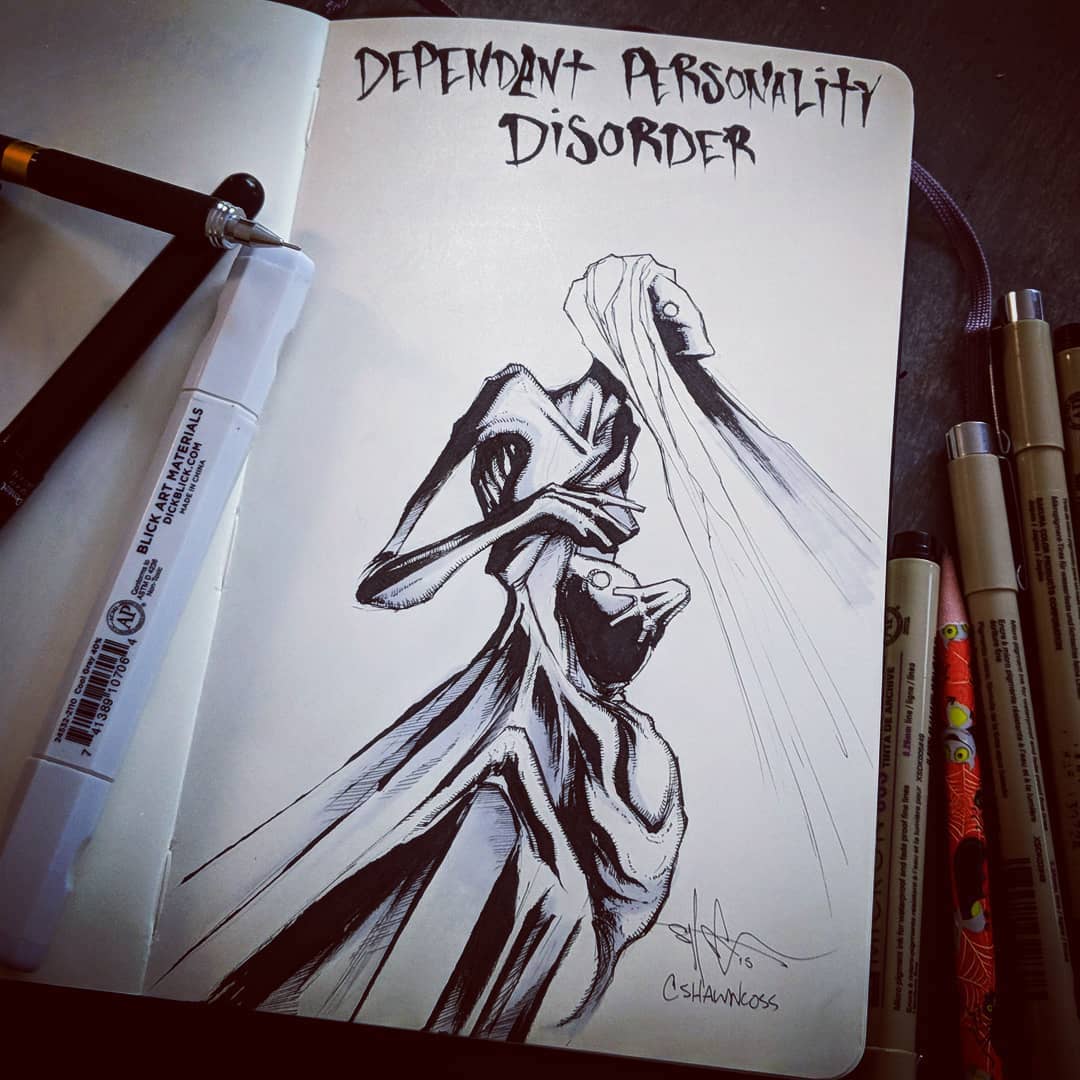 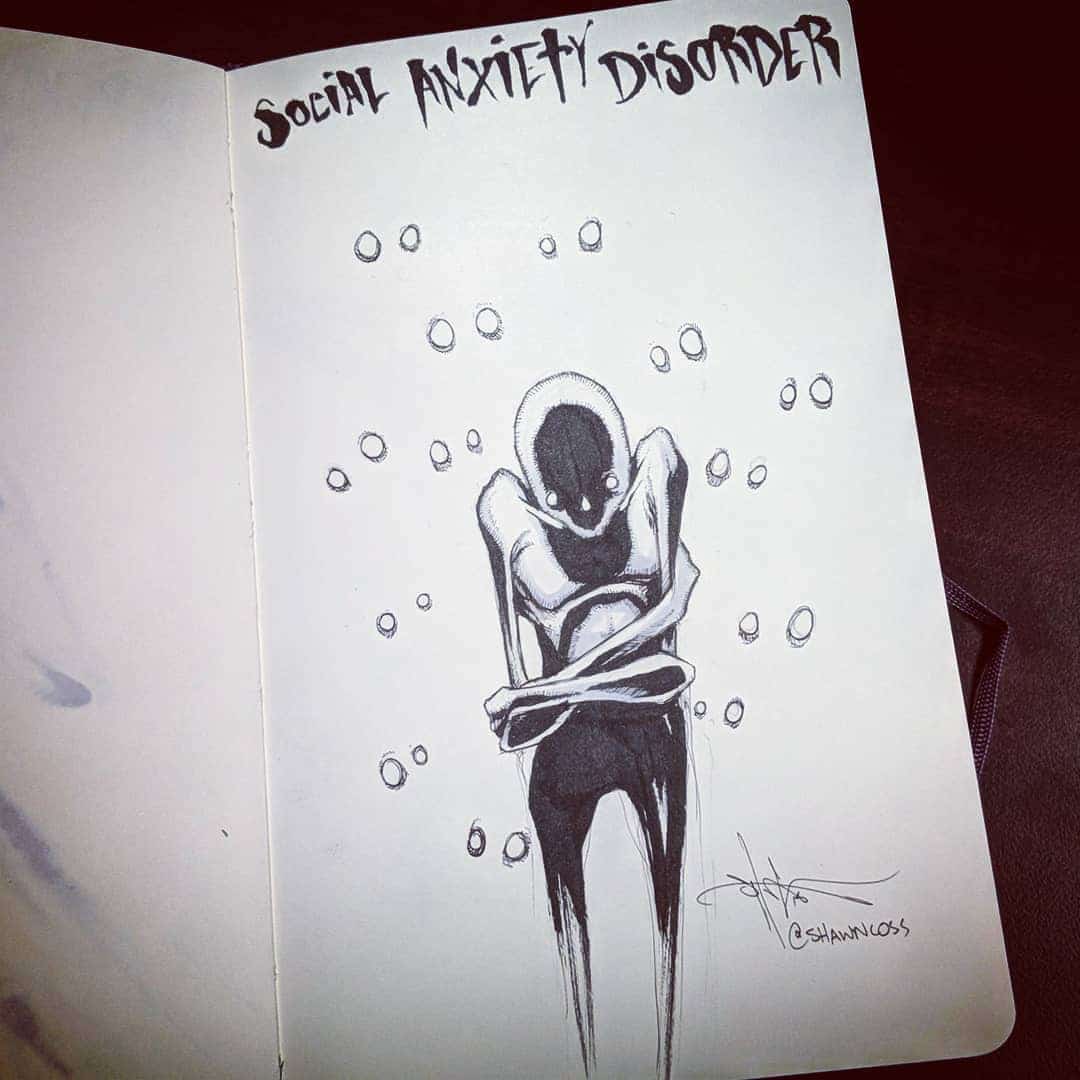 Is there any one of your drawings that you feel the most connected to?

I tend to treat all my art as therapy for myself. I create, complete, and move on. Most art that I have a connection to are those that I've made in response to my family and my daughters.