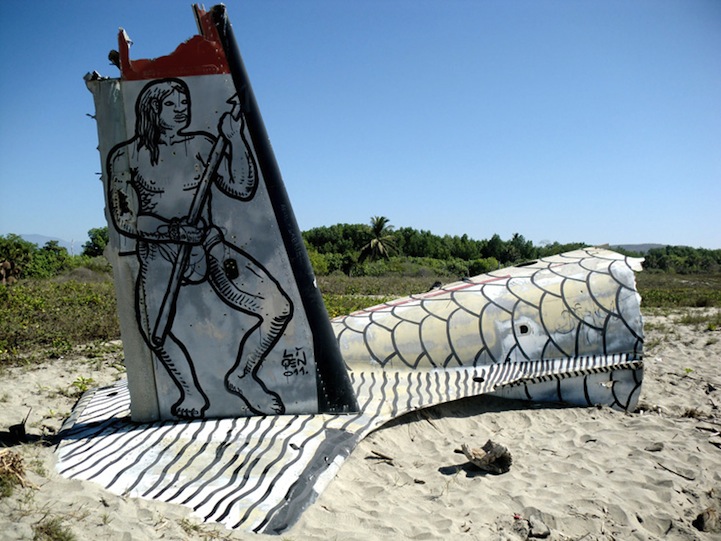 Liqen discovered a crashed plane on Ventanilla Beach in Oaxaca, Mexico and did what any respectable street artist would do – he turned the plane's tail into a giant fish and added an indigenous spear-fisherman on the wing.

But, that's just the beginning of this fascinating story. According to Vagabond Journey, the plane once carried a large shipment of marijuana and was shot down six years ago. Apparently, narcos came with a truck to retrieve the payload immediately after it crashed on the beach and locals filled their backpacks with whatever was left. “Whoever got over there got enough to smoke for two years,” a hotel owner is quoted as saying. 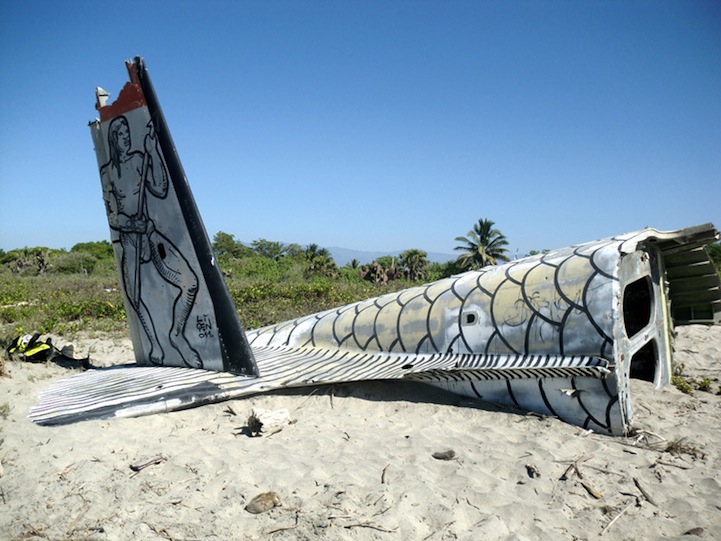 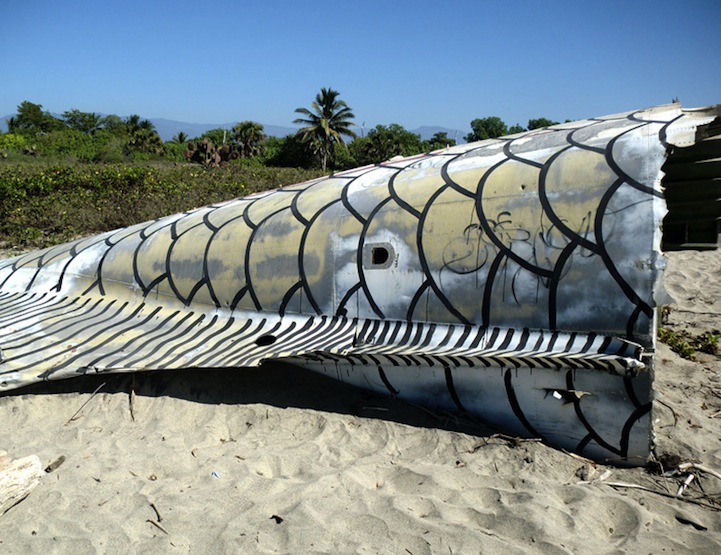 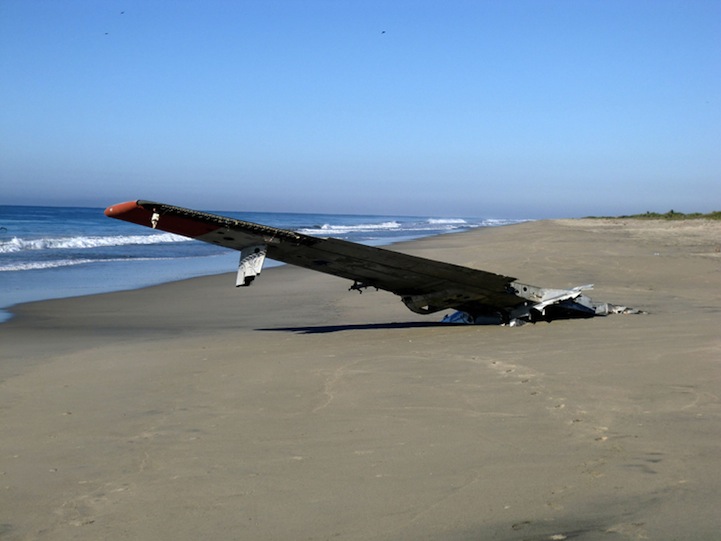