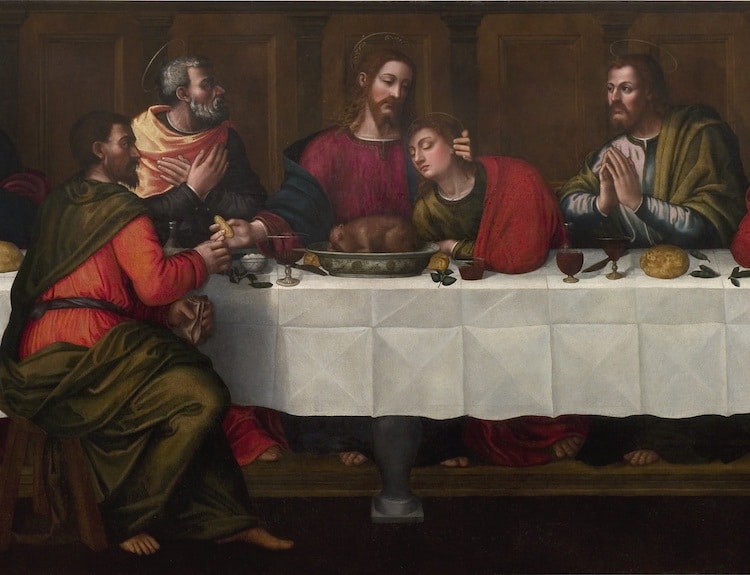 It's no secret that the Italian Renaissance is one of the most influential movements in Western art history. We think of this time as being dominated by mostly male artists like Leonardo da Vinci, Michelangelo, and Raphael, but there were a few famous women painters who left their mark. Among them was Sister Plautilla Nelli (c. 1524-1588), the first woman to render The Last Supper.

Nearly a third of recorded women artists in Renaissance Italy were Dominican nuns. Sister Plautilla's convent, Santa Caterina, was where she taught herself to paint in the style of other religious artists like Fra Bartolomeo. Her talent and passion for image-making lead her to become the head of an artistic workshop within her convent. In fact, Sister Plautilla was so successful during her time that she was one of the few female artists included in Giorgio Vasari's historical text, the Lives of the Most Excellent Painters, Sculptors, and Architects.

Here, we explore the artistic legacy of Sister Plautilla Nelli, and how she became the lead painter of her convent.

Learn about the accomplished art of Renaissance nun and painter Sister Plautilla Nelli. 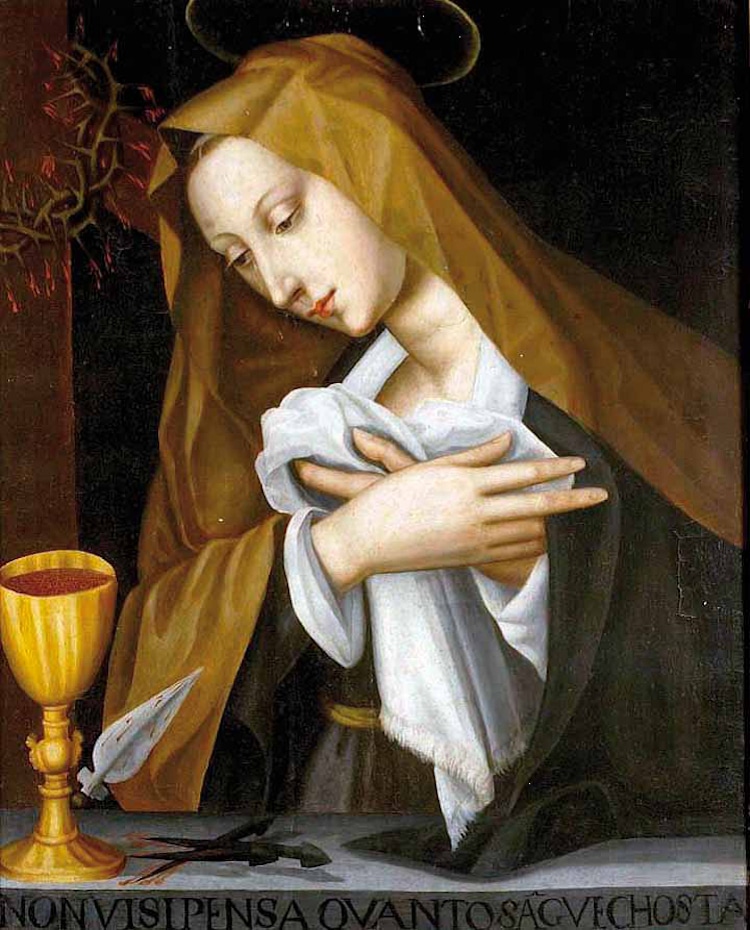 Sister Plautilla Nelli was born Pulisena Margherita Nelli around 1524 to a wealthy family in Florence, Italy. When she was 14 years old, she was placed at the convent of Santa Caterina di Cafaggio and adopted the new name of Plautilla. This was not uncommon during the 16th century, as many prominent families placed their daughters in convents to avoid paying a costly dowry.

Santa Caterina was managed by the Dominican friars and lead by the spiritual leader Girolamo Savonarola (1452-1498). He encouraged the nuns to create religious art to express their devotion to God. Sister Plautilla taught herself how to paint by studying the High Renaissance-style paintings of Fra Bartolomeo (c. 1472-1517), a Dominican friar who also worked for Savonarola, as well as the Mannerist paintings of Agnolo Bronzino (1503-1572). As a woman, Sister Plautilla was not permitted to study the male figure, so she learned how to render men by studying art and sculpture. 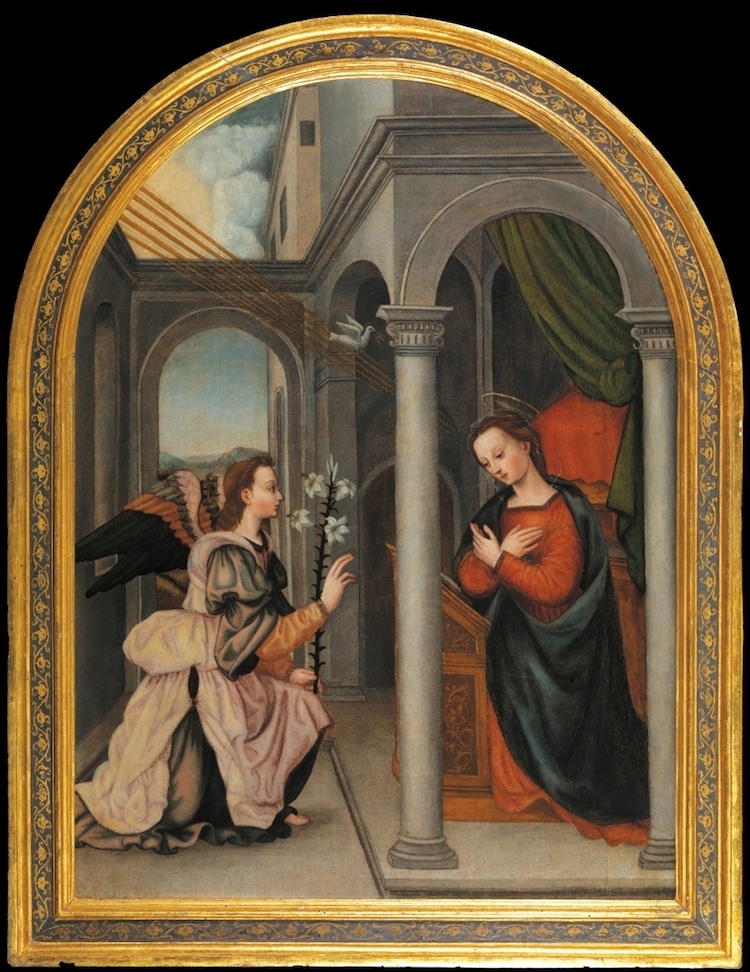 Sister Plautilla's talent as a painter soon garnered attention within the wealthy circles of Florence, and many families commissioned her religious artwork to hang in their home. She founded an all-woman art workshop within her convent and taught other nuns how to paint. Together, they were able to take on large-scale commission work and become financially independent.

In the 1560s, Sister Plautilla created her most ambitious painting yet: a seven-meter long (or 22 feet) depiction of The Last Supper. She is the first recorded woman artist to render the well-known religious subject. It marks a huge departure from Nelli's other artistic endeavors (which were largely miniatures for the home) and exemplified her talents as a painter. 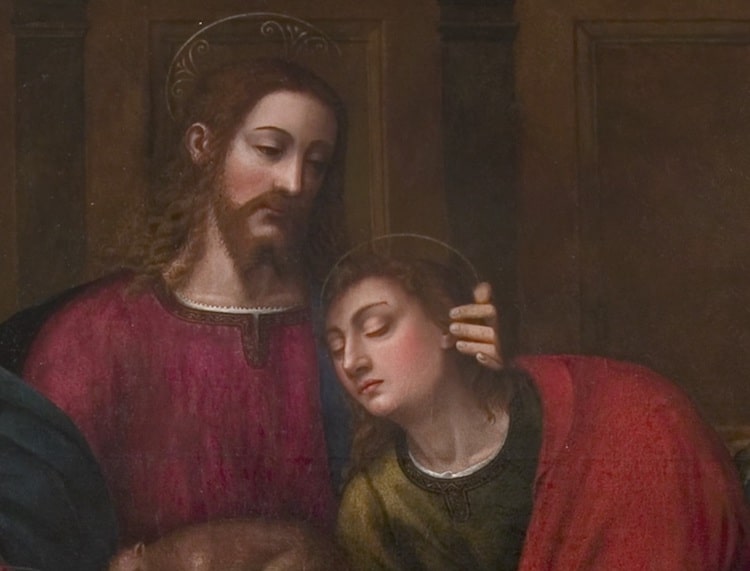 In particular, historians note the nun's keen attention to detail. The starch white table cloth, for example, has neatly ironed creases and is set with turquoise ceramic bowls, fine China platters, and embellished glasses. Additionally, the food depicted is typical of Tuscan cuisine.

Sister Plautilla embued the figures with emotionally-charged expressions and emphatic body language. At the center of the table, a serene-looking Jesus cradles John in one hand. On the left side, two apostles (possibly Thomas and Peter) appear to be in a rigorous discussion, as evidence by their wrinkled foreheads and raised hands. Similarly, on the left side, an apostle looks away as he clasps his hands in reverent prayer.

Restoration of The Last Supper

A post shared by Advancing Women Artists (@advancingwomenartists) on Oct 21, 2019 at 6:53am PDT

In 2017, the US-based organization Advancing Women Artists Foundation (AWA) started a crowdfunding campaign to restore Sister Plautilla's painting of The Last Supper. The deteriorating artwork had been in hiding for 450 years and hanging in the refectory of the Santa Maria Novella monastery for the last 200 of them.

AWA managed to raise $67,000 for the conservation of Sister Plautilla's only surviving painting. To reach their goal, they offered donors the option to “adopt” one of the 12 apostles depicted in the painting for $10,000 each.

Lead conservator Rossella Lari had to remove layers of overpainting from previous restorations to reach the original artwork. Despite Sister Plautilla's lack of artistic education, Lari contends that the painting shows “powerful brushstrokes” and “a great sense of energy and determination.”

One of the most notable details is the inscription Sister Plautilla made beneath her signature. It says, “Orate pro pictora,” or “pray for the paintress.” By including it under her name, the nun confirms her identity as a woman artist.

After four years of restoration, The Last Supper is on public view in the Santa Maria Novella Museum in Florence where visitors can finally witness its remarkable size and composition.