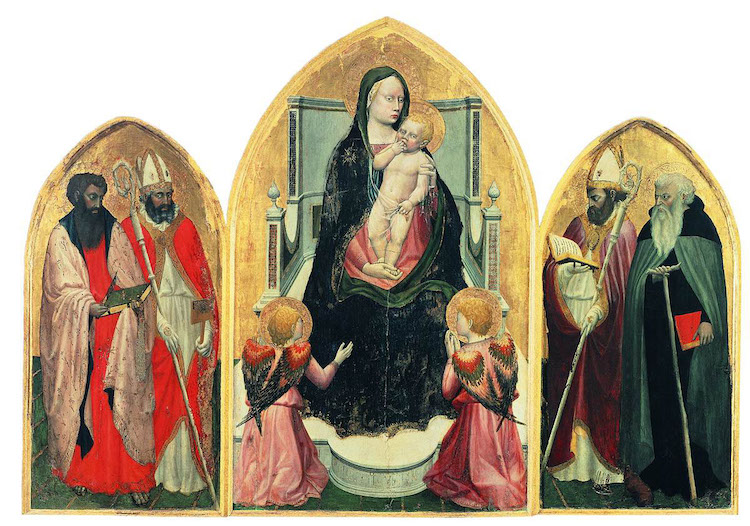 The Italian Renaissance—which produced artists such as Michelangelo, Leonardo da Vinci, and Titian—was one of the most defining periods of art history. This cultural movement took place between the 14th and 17th centuries and is commonly divided into three periods: Early, High, and Late Renaissance.

The Early Renaissance, also known as the quattrocento, took place in the 14th century. It was a largely transitional time, during which artists like Brunelleschi (1377-1446) and Giotto (c.1267-1337) were rediscovering classical aesthetics of proportion, perspective, and human anatomy. Among these creative pioneers was the artist known as Masaccio (1401-1428) who, along with his contemporaries, paved the way for later Renaissance art. His use of linear perspective and the vanishing point, as well as his acute attention to realism, made him the first great painter of the Italian Renaissance. 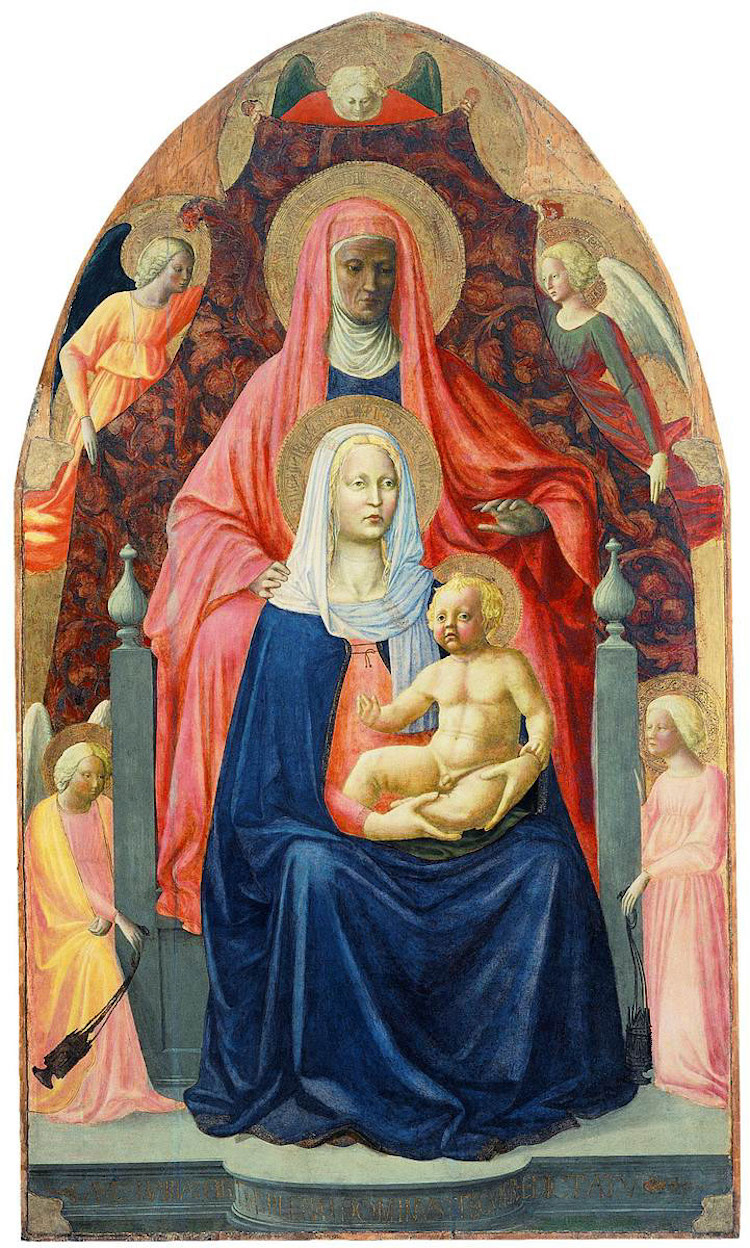 Masaccio was born Tommaso di Ser Giovanni di Simone Cassai around 1401 in a small town in Tuscany, Italy. He was artistically gifted from an early age, and both he and his brother Giovanni pursued painting. The nickname “Masaccio” means “clumsy Tom” in Italian, and it was likely a reference to the artist's own personal appearance as well as a way to distinguish him from another painter named Tommaso, called Masolino (c.1383-1447).

There is no record of Masaccio moving to Florence until January 7, 1422, when he officially joined the painters' guild, Arte de' Medici e Speziali as an independent artist. According to historians, Masaccio and his more famous contemporary Masolino traveled to Rome in 1423, where the two studied classical artwork. Afterward, Masaccio collaborated with Masolino on a large altarpiece entitled Virgin and Child With Saint Anne, and already a strong suggestion of three-dimensionality in the figures and objects can be seen from both painters.

At this time, Florence was a hub of creative innovation. Masaccio was able to study the paintings of Giotto, as well as the ingenious work by Brunelleschi and Donatello. Additionally, his exposure to ancient Greek and Roman art continued to influence his painting.

In 1424, Masaccio undertook his largest project to date. He and Masolino were commissioned by the wealthy Brancacci family to produce a cycle of frescoes along the walls of the Brancacci Chapel in the church of Santa Maria del Carmine, Florence. With the exception of The Expulsion from the Garden of Eden, the series of frescoes focuses primarily on the life of St. Peter. 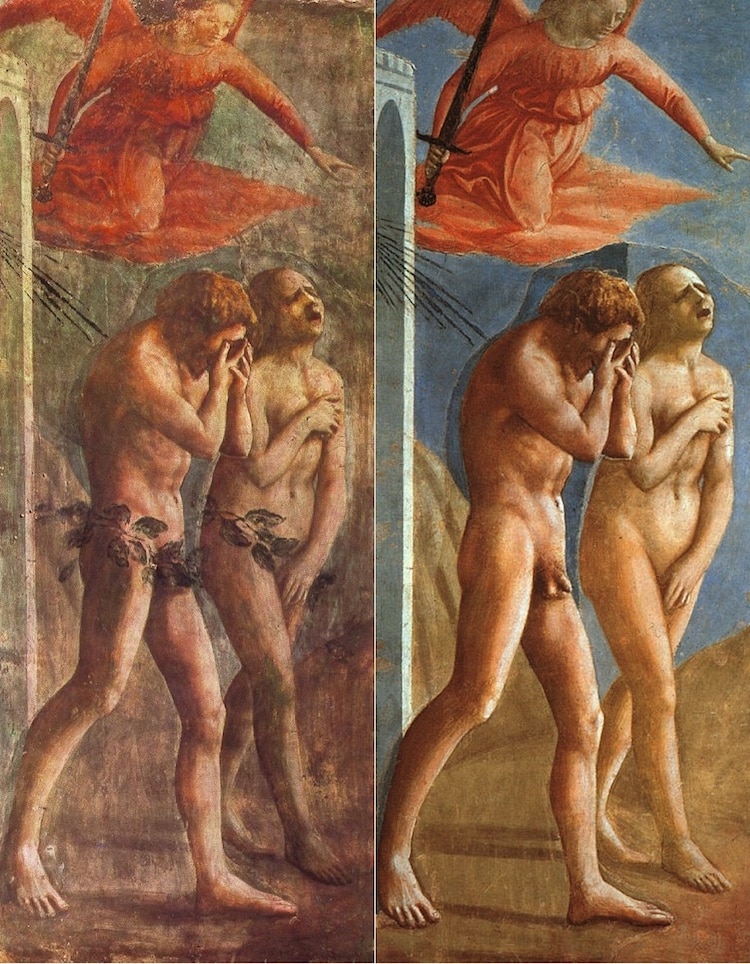 Masaccio's art demonstrates a similarity to Giotto in style—especially in the emotion of his figures' faces. Unlike Giotto, however, Masaccio employs both linear and atmospheric perspective in his compositions and uses chiaroscuro in lieu of outlines to define his subjects. As a result, Masaccio's paintings appear far more realistic than his predecessors.

After 1425, Masolino left the project for work in Hungary, leaving Masaccio to complete the remaining frescoes. Although many were destroyed in subsequent fires, restoration allowed historians to find the original appearance of the lost works.

Later, in 1427, Masaccio earned the commission that would ultimately lead to his masterwork, the Holy Trinity. Painted in the Dominican Church of Santa Maria Novella, Florence, this fresco is the earliest surviving painting to use systematic linear perspective. According to records, Masaccio placed a nail at the vanishing point and attached strings to determine how the lines converged.

It is very likely that Masaccio sought the assistance of Brunelleschi in creating this technique, who was an accomplished architect and engineer responsible for designing the dome of the Florence Cathedral. 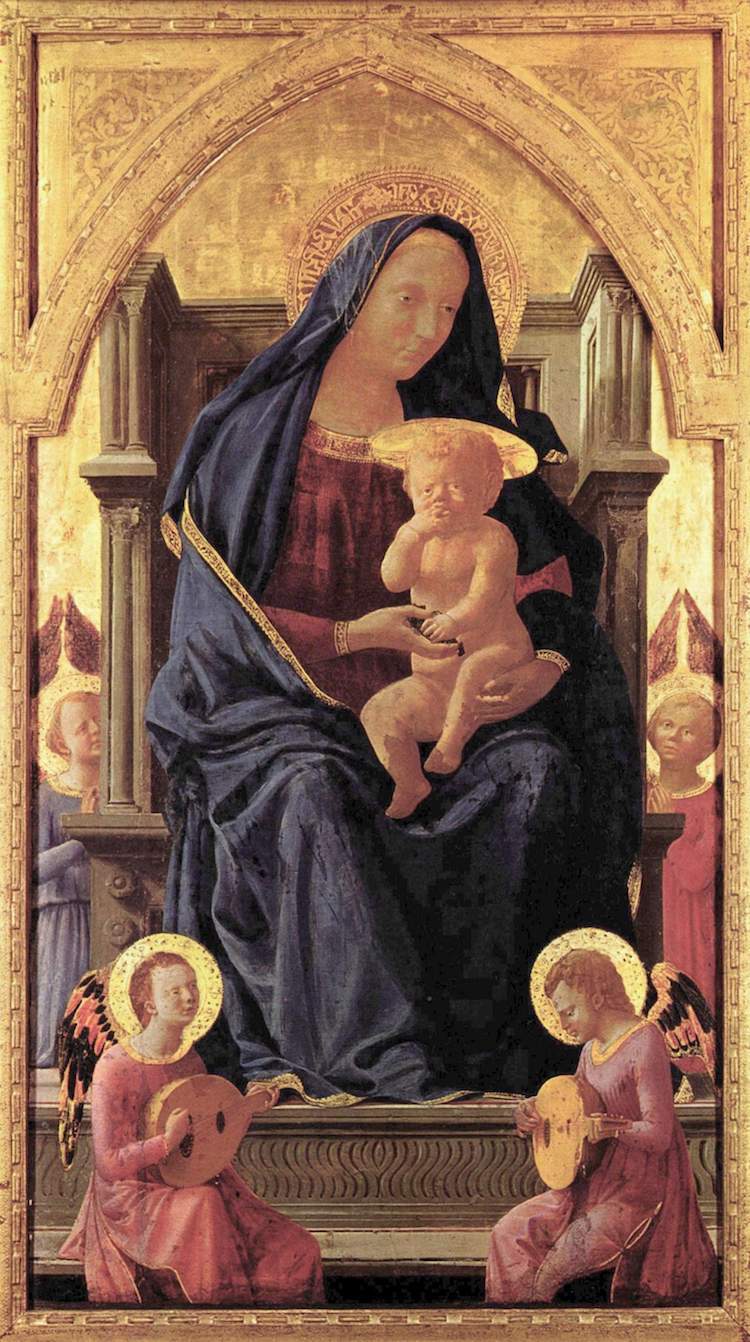 Although Masaccio's career was cut short by his sudden death at the age of 26, he left a profound legacy on the direction of Italian Renaissance art. His clear departure from the Medieval Gothic style and adoption of classical ideas like anatomical realism, perspective, and proportion directly influenced both his contemporaries as well as his successors in the High and Late Renaissance.

Love art history? Share
Like My Modern Met on Facebook
Get Our Weekly Newsletter
Become a
My Modern Met Member
As a member, you'll join us in our effort to support the arts.
Become a Member
Explore member benefits