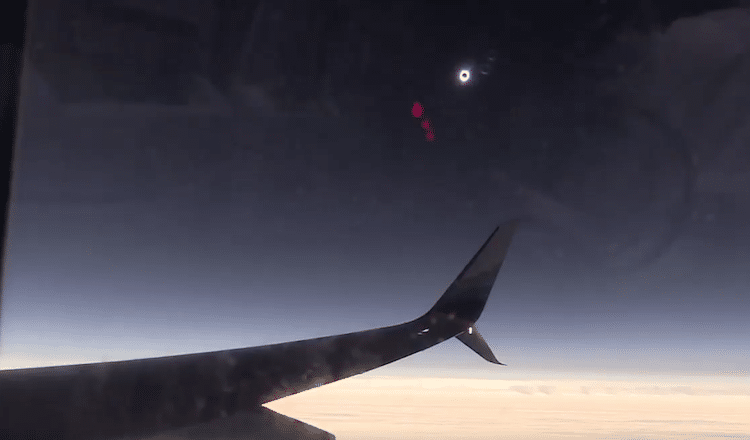 Yesterday, millions of people across the United States were treated to a rare solar spectacle: a total eclipse of the sun. Since then, websites like Instagram and Facebook have been flooded with images and videos of the event. While most of these posts feature shots of crescent shadows and photos of darkened skies, a unique video shared by broadcast journalist Jessica Grief shows the stunning solar eclipse as seen from an airplane.

Grief was one of several individuals lucky enough to snag a seat on Alaska Airlines Flight 9671. Described by the company as “a 2,000-mile flight to nowhere,” the sole purpose of the journey was to offer passengers—who ranged from NASA astronauts and astrophotographers to journalists and professors—a rare glimpse of the phenomenon. Taking off in Portland and heading southwest, the flight promised an exceptionally once-in-a-lifetime view of the occurrence above the Pacific Ocean.

Just before 10 AM, as the plane cruised at 38,000 feet, passengers were among the first to witness totality. As expected, it did not disappoint. “You could prepare, you could know everything, you could be right on top of every fact of what it should look like, but when you see it, all that just goes away and you breathe it in,” Dr. Michael Barratt, a NASA astronaut, explains. “It was really spectacular.”

Broadcast journalist Jessica Grief was one of several lucky individuals invited to view the total solar eclipse from the air.

Among the first to witness totality at 9:59 a.m. #totalityawesome #solareclipse2017 pic.twitter.com/Upp9iyhEmx

To ensure passengers on Alaska Airlines Flight 9671 had an optimal eclipse experience, a lot of preparation went into the journey. 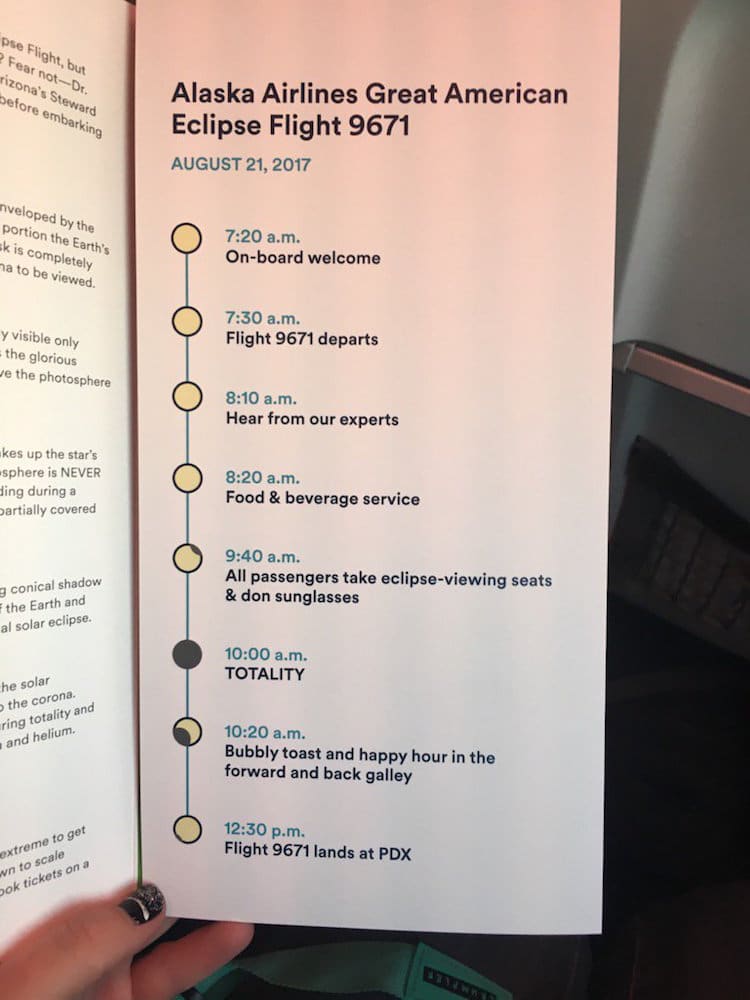 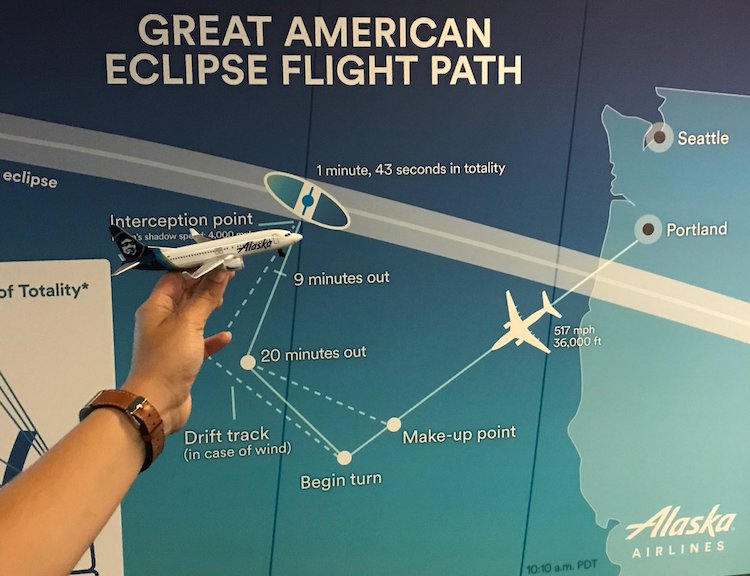 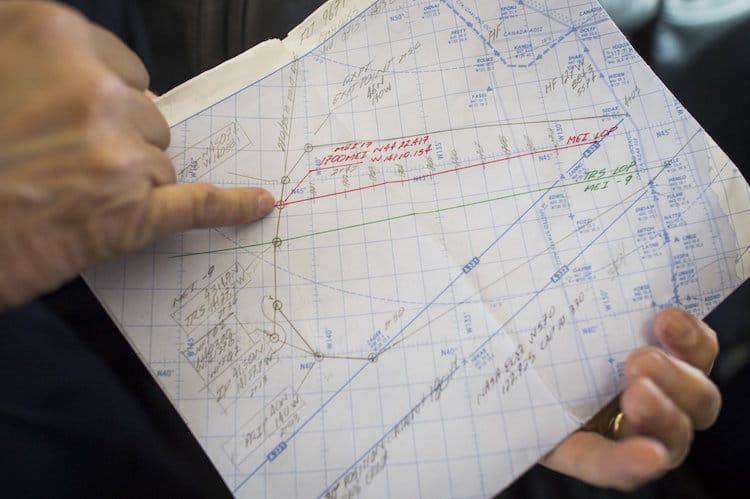 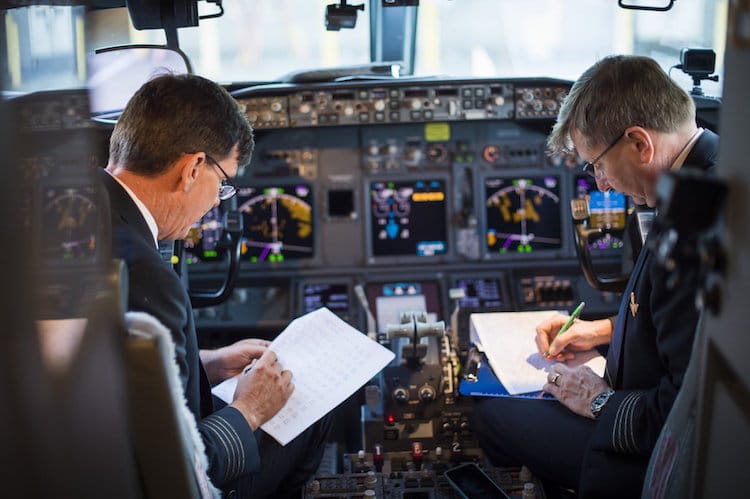 Judging by this view, it was worth it! 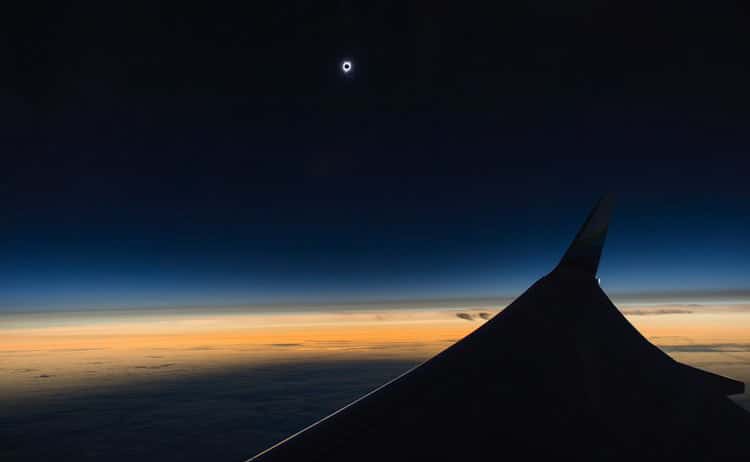 There is also a video circulating on social media of another airplane view, but it's actually from 2015.

All images via Alaska Airlines unless otherwise stated.

Most Incredible Twitpics from Space (23 photos)

Pic of the Day: Composite Shot Of Total Eclipse