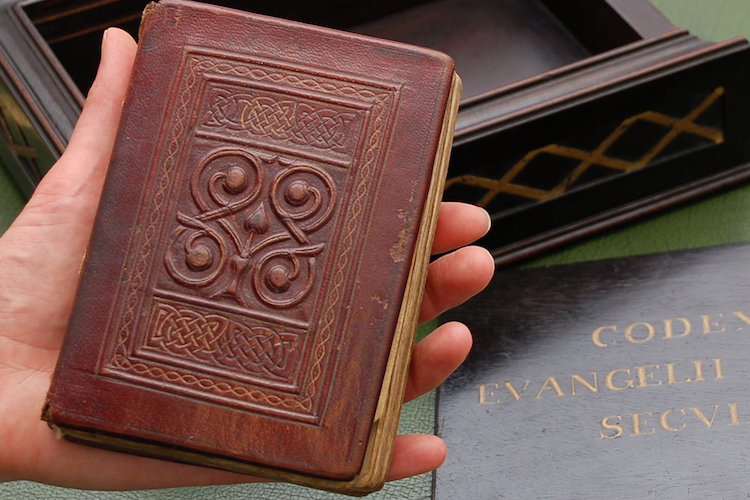 Europe’s oldest intact book has been discovered after being closed inside a hermit monk’s coffin for over 400 years. It will go on display at the British Library as part of an exhibition featuring prized manuscripts like the Lindisfarne Gospels and Beowulf. The show is a once in a lifetime opportunity to see how medieval Anglo-Saxons depicted their own culture through early writings.

Among the precious materials is the Stonyhurst Gospel, a small book that holds a lot of history. Also known as the St. Cuthbert Gospel, this Latin copy of the Gospel of John was discovered inside the coffin of St. Cuthbert, a hermit monk who died in  687 CE. It’s said that his body was found incorrupt decades after his death and this led to a cult that placed sacrifices around his remains.

Sometime after 698 CE, a small red book made its way into St. Cuthbert’s tomb along with other offerings. The book, a rare surviving medieval manuscript, was removed from his coffin in 1104 CE and transferred to Durham Cathedral, where it was kept as a separate relic. In 2012, The British Library acquired the 1,300-year-old text, which still retained its original binding and pages.

The book’s binding is covered in a deep crimson stained goatskin, which was stuck to boards while still damp. “The decoration of the boards was enriched by tooling and coloring lines on the surface, with the tip of a fine folder or a stylus,” describes The British Library, which has also digitized the book. “The left board is decorated with a rectangular frame with interlace patterns in the upper and lower fields and a larger central field containing a chalice from which stems project, terminating in a leaf or bud and four fruits. This raised motif was apparently made using a matrix, with a clay-like substance beneath the leather.” 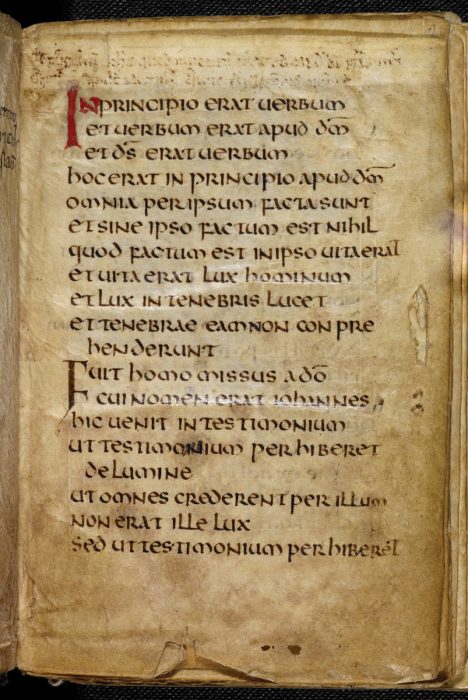 By the 6th century AD, wax tablets and scrolls were replaced by codices in Europe. A codex refers to a handwritten manuscript where sheets of papyrus or vellum were bound between hard covers. The typology was created by the Romans in the 1st century, but didn’t become widespread for a few hundred years. As one can imagine, the fragile nature of these bound books makes their survival unlikely, making the St. Cuthbert Gospel all the more precious.

The St. Cuthbert Gospel, along with many other treasures, is on view at the British Library as part of Anglo-Saxon Kingdoms: Art, Word, War from October 19, 2018 to February 19, 2019.

All images via The British Library. 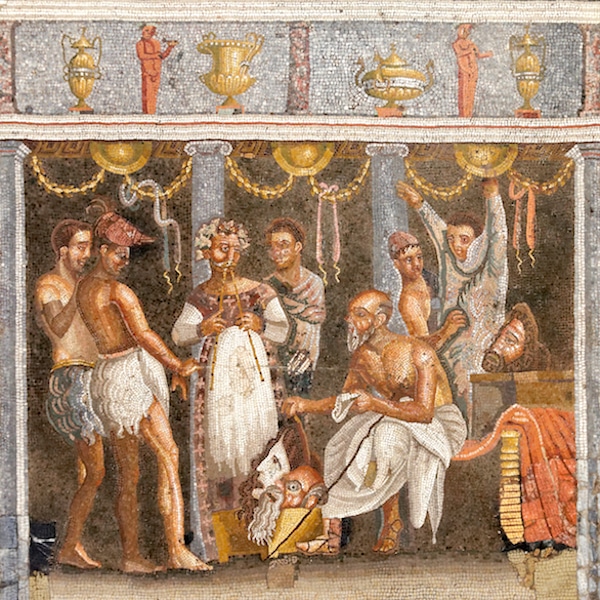 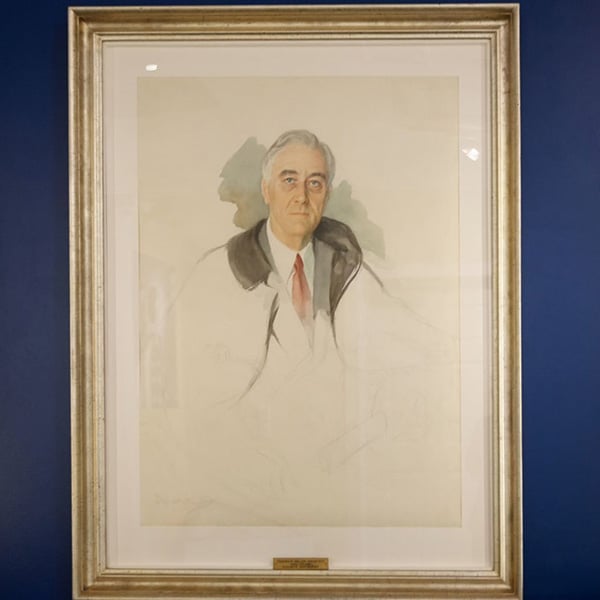