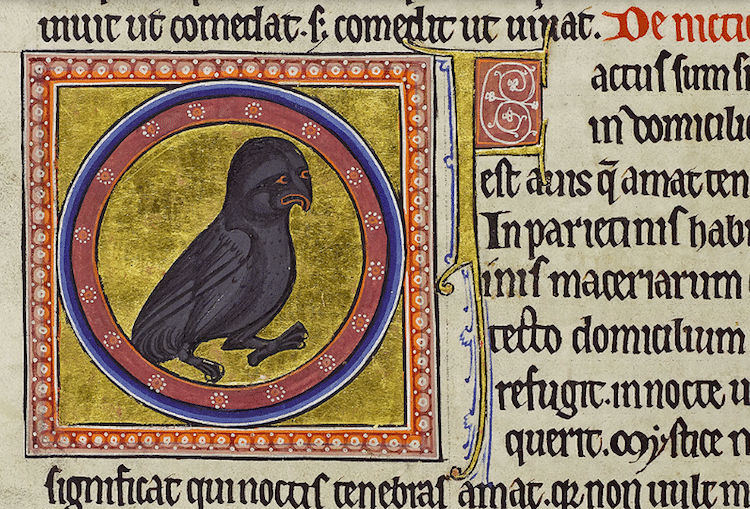 Portrait of the night owl.

No, an illuminated manuscript is not a book that lights up, but rather a visual way of articulating letters and inserting imagery into text. Especially popular during the medieval period, religious texts were the primary recipients of decorative borders and letters tinged with gold and silver. However, increasingly over time, secular texts were also illuminated and now one of the most intriguing illuminated manuscripts, The Aberdeen Bestiary, has been digitized for close examination.

Created around 1200—and once owned by Henry VIII—The Aberdeen Bestiary is one of many of its genre, which was especially popular during the Middle Ages. Given how closely man worked in conjunction with animals, it shouldn't come as a surprise that such a text would exist. Bestiaries, which originated in the Ancient World, are manuscripts that contain flora and fauna, typically giving a moral tale next to each entry.

Often used as a teaching tool, bestiaries reflected the Christian belief that everything in the world is touched by God and has its own special meaning. So what makes The Aberdeen Bestiary so particular? For one, its lavish illuminations in gold are extraordinary, as most bestiaries were not illuminated. It begins with the creation story from the book of Genesis and then moves into descriptions of animals such as a lion, panther, and elephant. Not the typical animals an average medieval citizen living in Europe would encounter, but describing local species was not the aim of this manuscript, which was used for moral teaching. 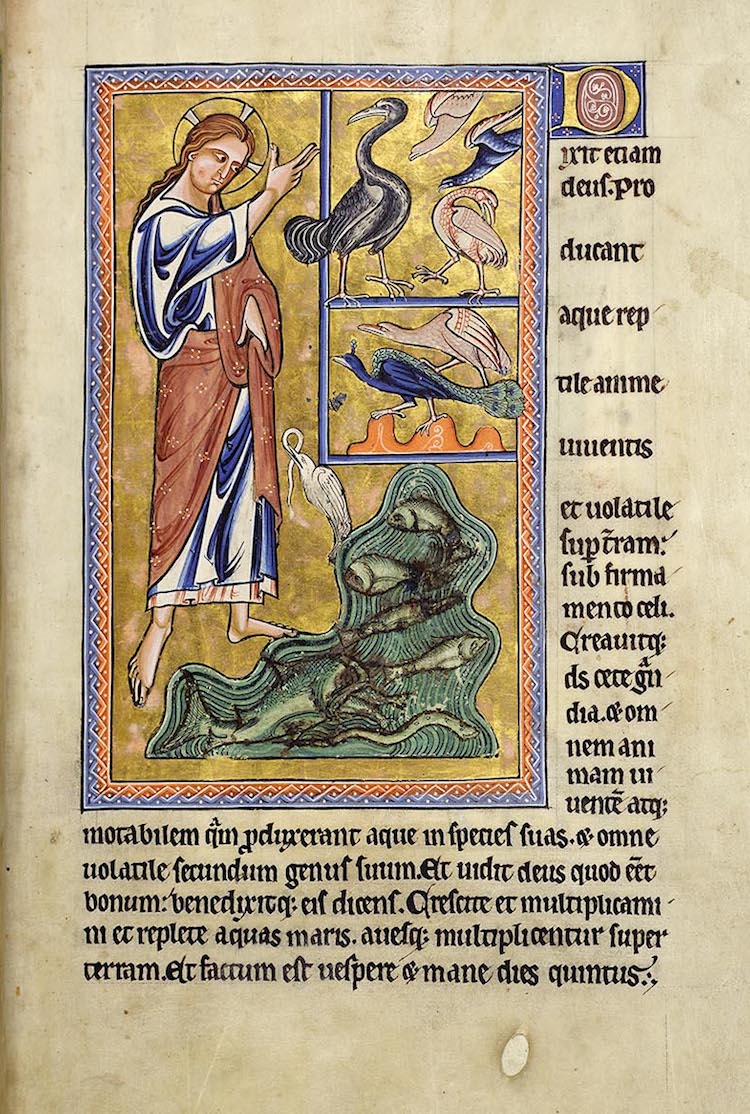 The Creation of Birds and Fishes.

Everything from dogs and eagles to trees and humans are described among the pages of The Aberdeen Bestiary, which for all its lavishness, was never finished. In fact, the new high-resolution images taken by the University of Aberdeen show that the manuscript is most likely the work of many scribes, who wrote annotations and corrections in the margins. It's thought that the manuscript was meant for a wide audience, but was picked up by the king's scouts as they rummaged through a dissolved monastic library for treasures.

Now, The Aberdeen Bestiary has returned to its original intent, with the university releasing incredibly detailed scans online. Each page is accompanied by a transcription and translation from the original Latin, as well as commentary from researchers. A fascinating glimpse at the artistry of these craftsmen and the belief system of medieval Europe, it's well worth flipping through the manuscript's pages.

Medieval illuminated manuscript The Aberdeen Bestiary has recently been digitized and placed online for close examination. 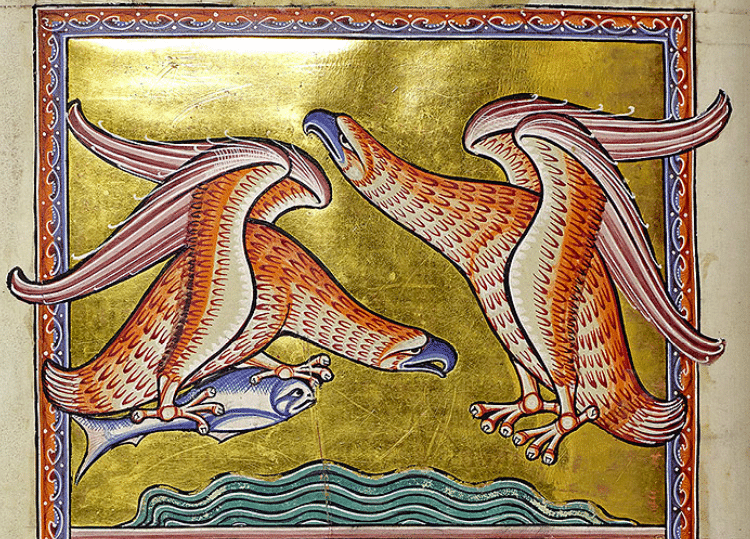 Eagles fishing and plunging into the rejuvenating spring. 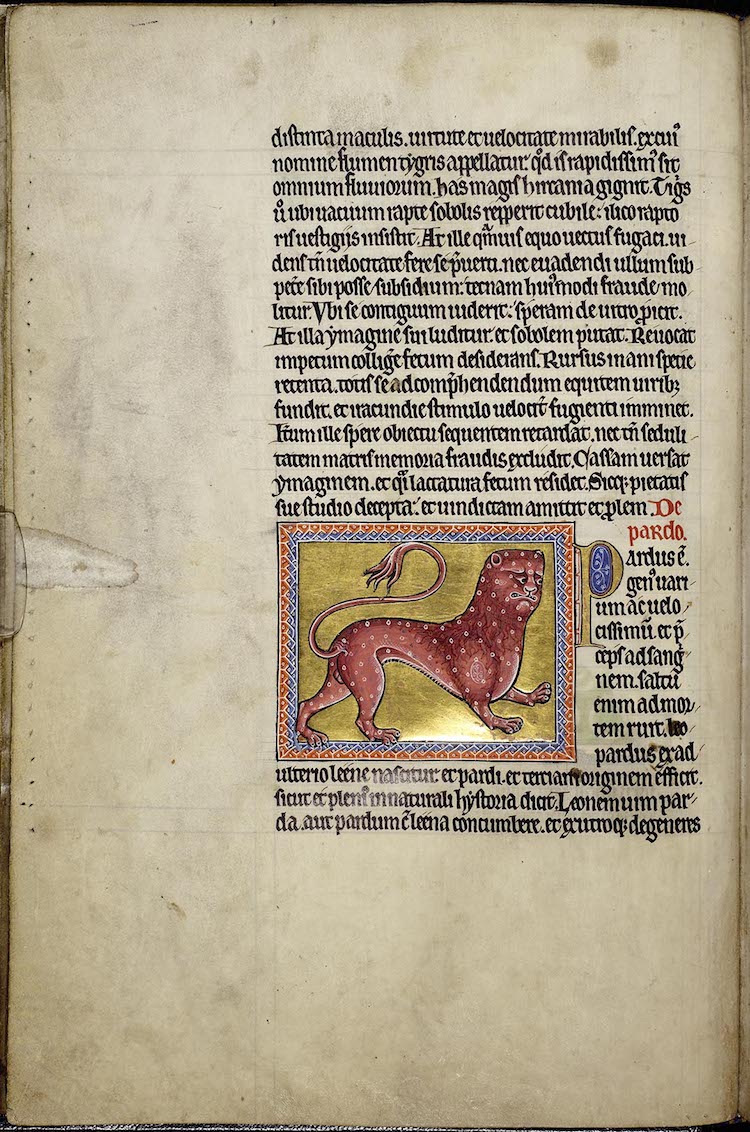 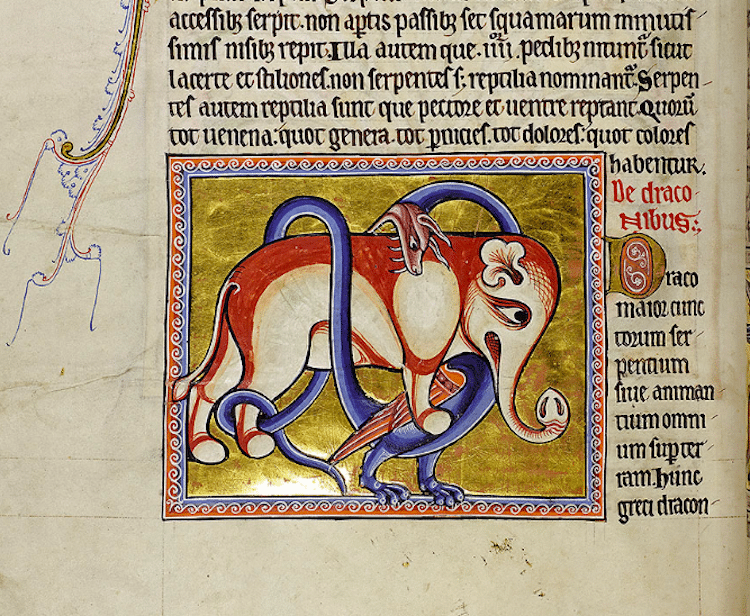 The dragon strangles an elephant. 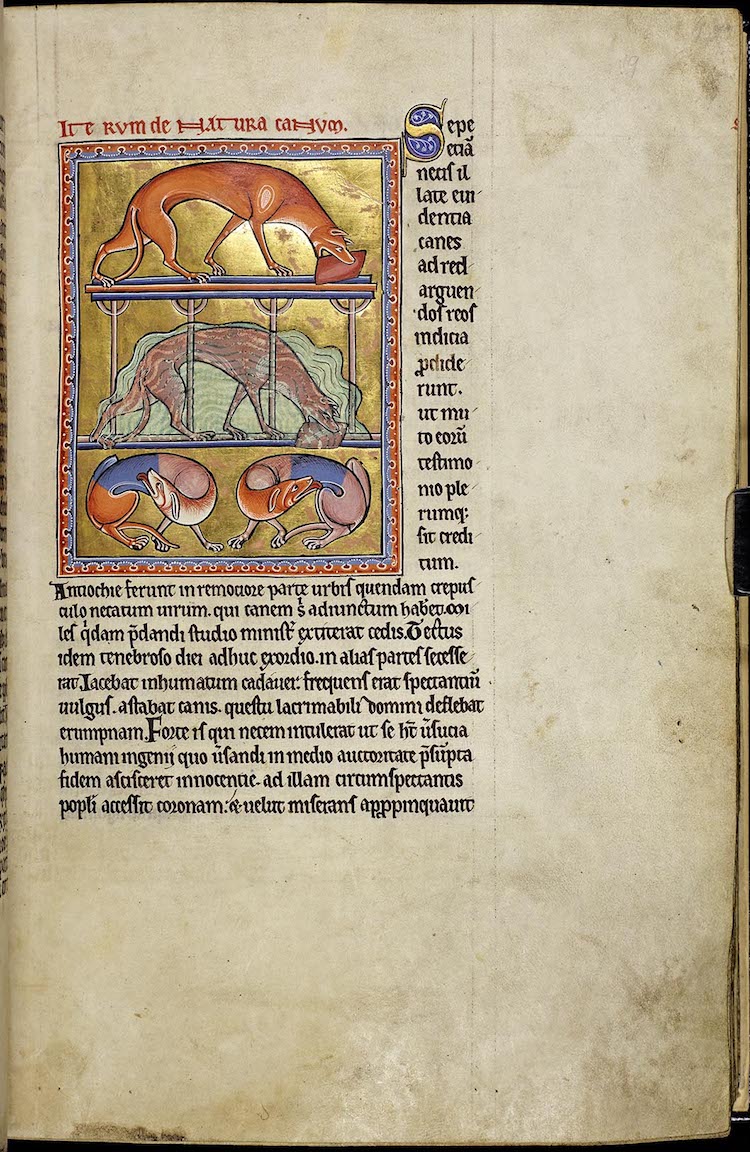 Dog dropping his meat after seeing his reflection and dogs licking their wounds with their healing tongues.