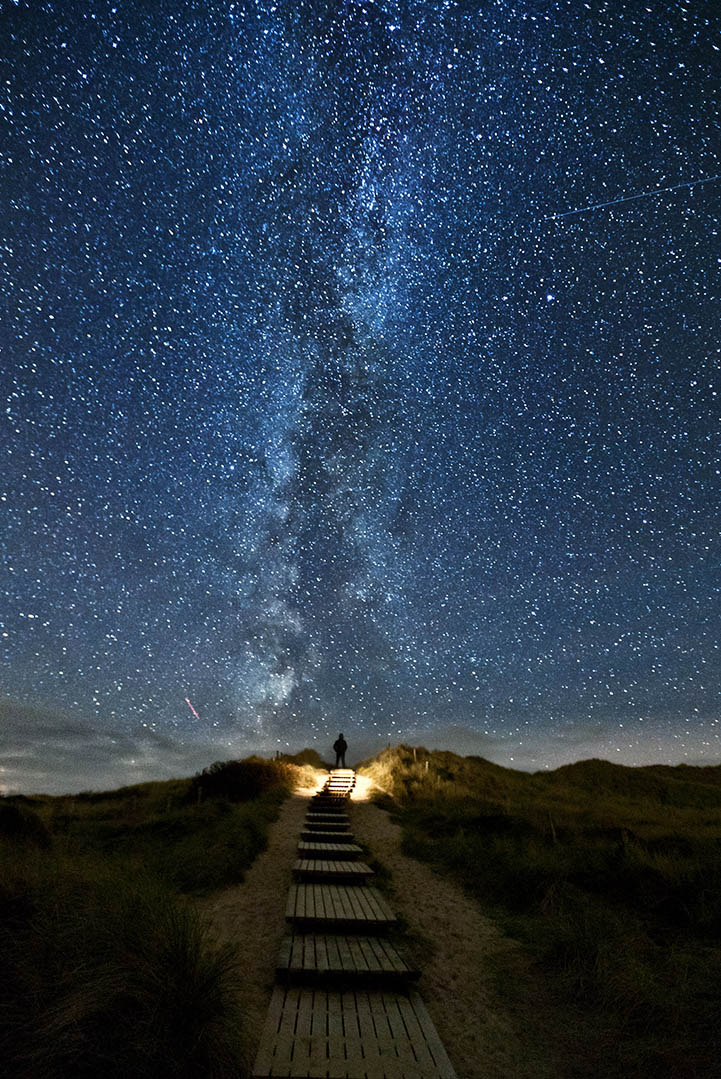 With all the streetlights on in our cities at night, we don't get to see many stars. So when we come across an image of the night sky beautifully lit with celestial bodies, we stand back in awe. Landscape photographer Thomas Zimmer, who is based in Germany, took this breathtaking image that looks absolutely unreal! There is an overwhelmingly supernatural aura around the photograph, as thought the subject, Zimmer himself, is about to be swept up into the sky by a beam of light. The lighting, the scenery, the dazzling glitter of the night sky – it all works in perfect unison.

We had to find out the story behind this image so we got in contact with Thomas and asked him to briefly describe the moment he captured this shot:

“The photo is the last one of a lengthy series I made in November 2010 on the island Sylt, German North Sea coast. It was a cold and clear day and I was the only person at the beach for miles. I was there for several hours from the beginning sunset until early night. I made some nice shots there (you can find them at 500px.com/thomasz), some of them showing the unbelievable clear Milky Way over the sea.

Finally I decided to leave the beach, packed my equipment and walked the way back over the dunes to my car. There were some stairs leading down the dunes and at the bottom, I took a last look. I realized that the Milky Way stood right above the stairs. I was stunned by the view. After setting up the tripod and the camera, I realized that something was missing at the top of the stairs: a human being staring at those stars. Unfortunately, I was the only person there. So I started the self timer, switched on the flashlight (it was pitch black!) and ran up the hill. At the top, I switched off the light and stood there for a while. But I was not fast enough and the camera captured the last moment where the flashlight was illuminating the last stairs.”

Thanks for the tip, Paulina!