Pictures Literally Worth a Thousand Words 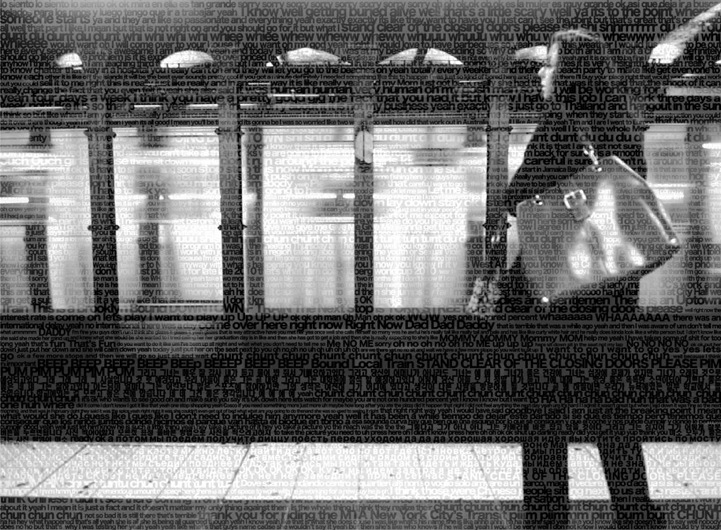 Artist Stephanie Lempert takes the saying “a picture is worth a thousand words” to a literal level in her photography series titled Language of Space. Rather than simply boring our visual senses with a typical image of New York, Lempert takes it upon herself to fill the frame with intriguing and often indecipherable text in various languages through which the overall image is revealed. The multifaceted photographer's intention with the series is to examine space and sound, delivering the culmination of her spatial research as a single image.

We get a sense of the crowded, loud, high-traffic environments the artist chooses to depict through her engaging cognitive technique. She explains her process: “I photographed a location and recorded the conversations being spoken in that area during a certain amount of time. I then transcribed these spoken words and extracted the text from the photograph. The remaining image allows you to see the space and read parts of the conversations spoken within the space.”

More than just a photograph, Lempert's work is a documentation of space and time. Like a visual and intelligible journal entry, the images mark optical and audible sensations within a still frame. Even in cases where there may not be as much chatter going on, Lempert fills the shot with onomatopoeic works like the “BEEP BEEP” of a horn honking and the “TUNT TUNT TUNT” of a train passing by. Language of Space really makes you realize how much the sounds of your environment effects your perception of the space. 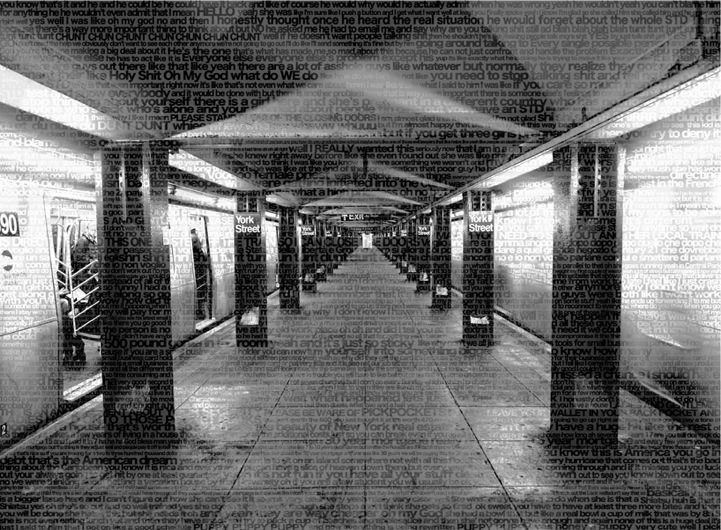 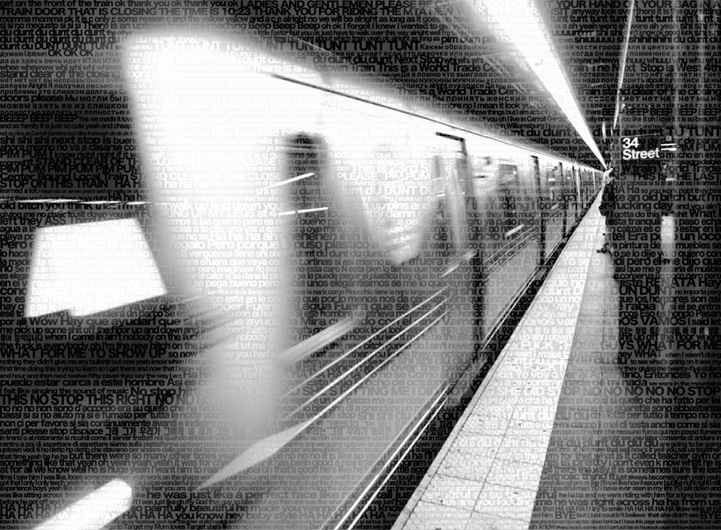 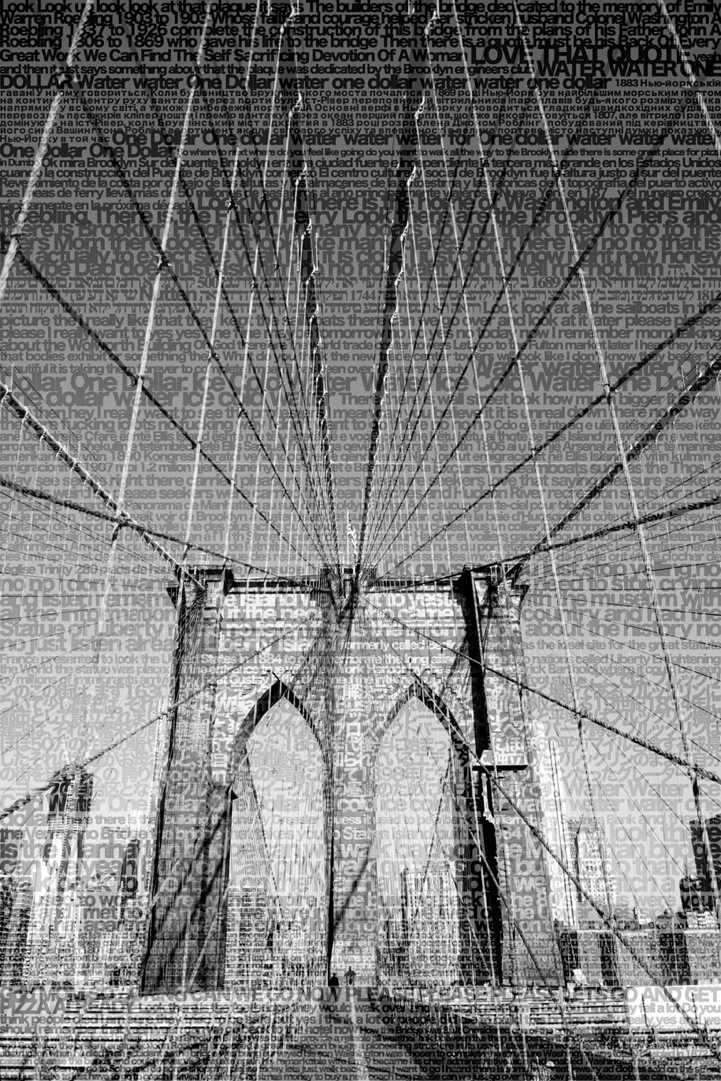 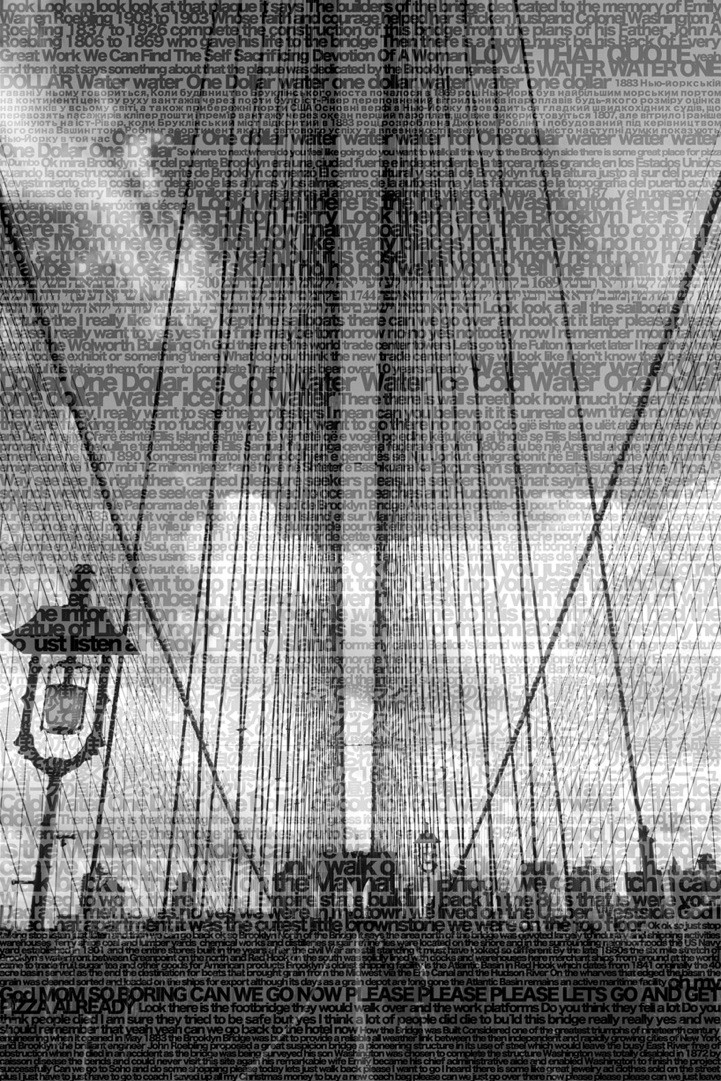 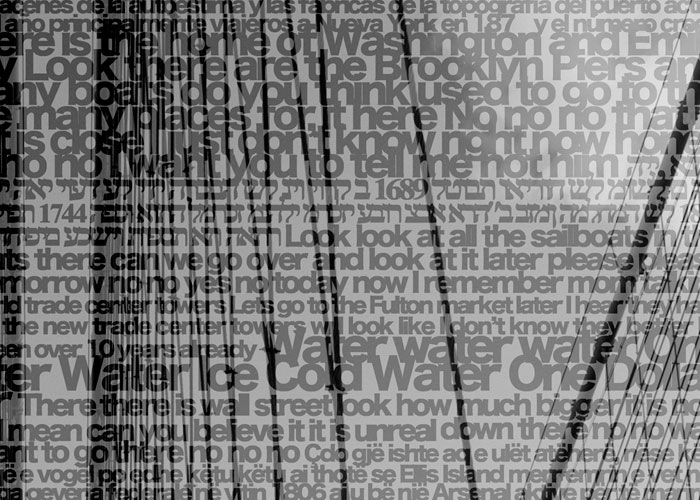