Los Angeles-based pastry chef Stephen McCarty (aka Sukhavati Raw Desserts) takes every opportunity to merge his culinary profession with his passion for veganism, Buddhism, and art. With the kitchen as his studio, the counter as his canvas, and raw, vegan ingredients as his materials, the talented foodsmith turns the traditional Buddhist art of mandalas into edible confectionaries.

McCarty crafts his intricately detailed desserts with swirls of colors and symmetrical patterns to mimic the spiritual style of mandalas, using all raw food ingredients, including natural plant and fruit extracts. Like the sand mandalas typically created and destroyed by Tibetan Buddhist monks, these are temporary symbols of beauty and impermanence. Each brilliant design is a three-dimensional dessert that is created with the purpose of being eaten. 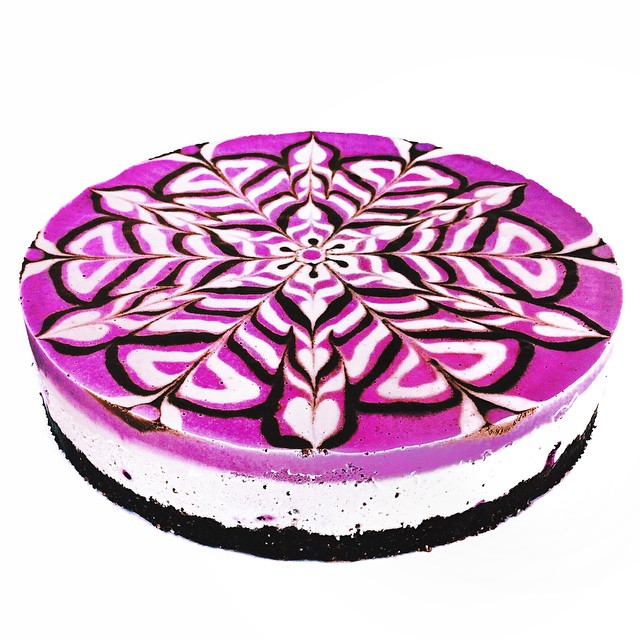 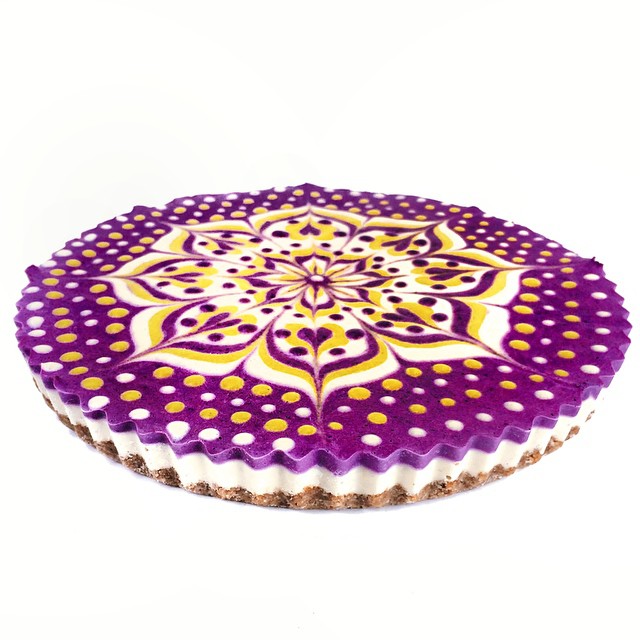 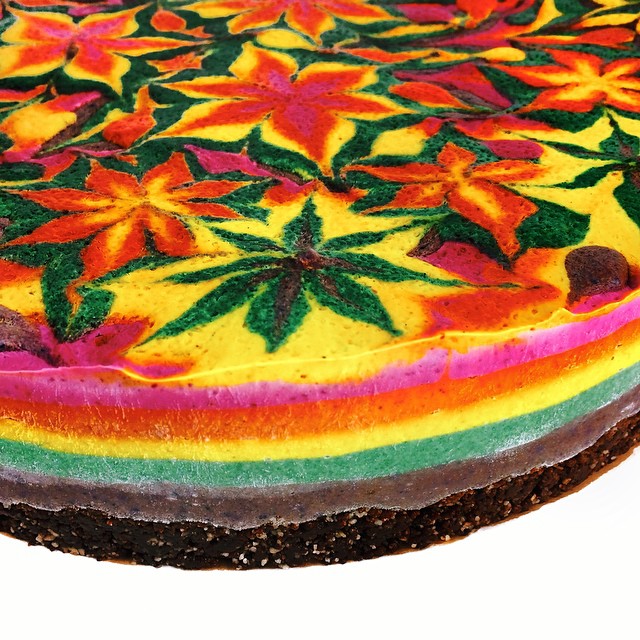 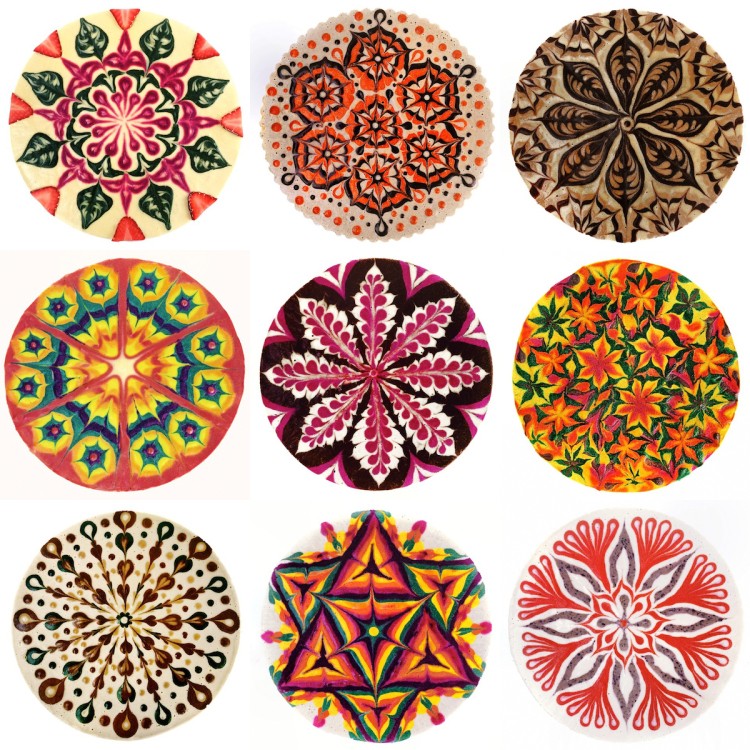 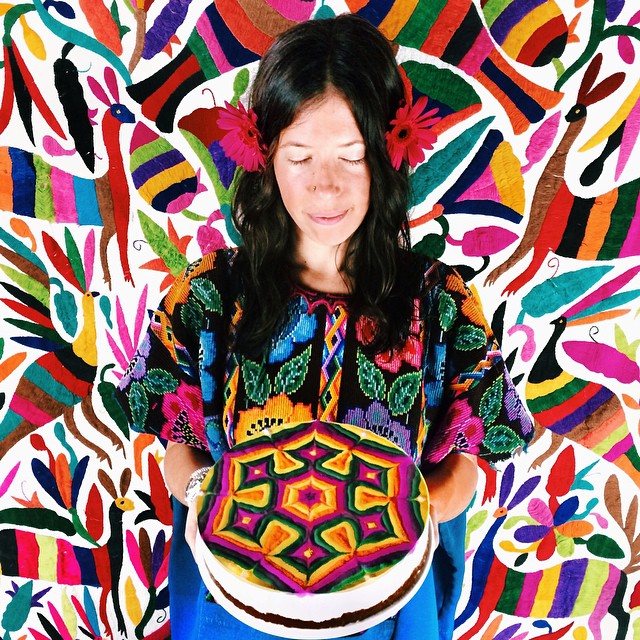 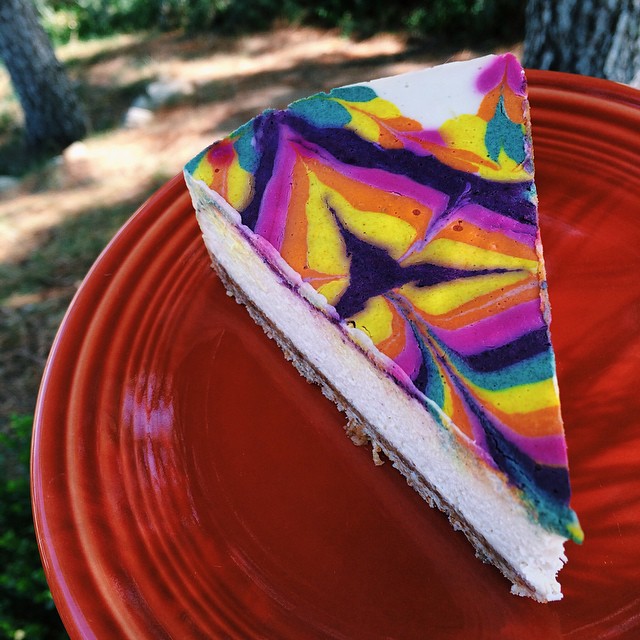