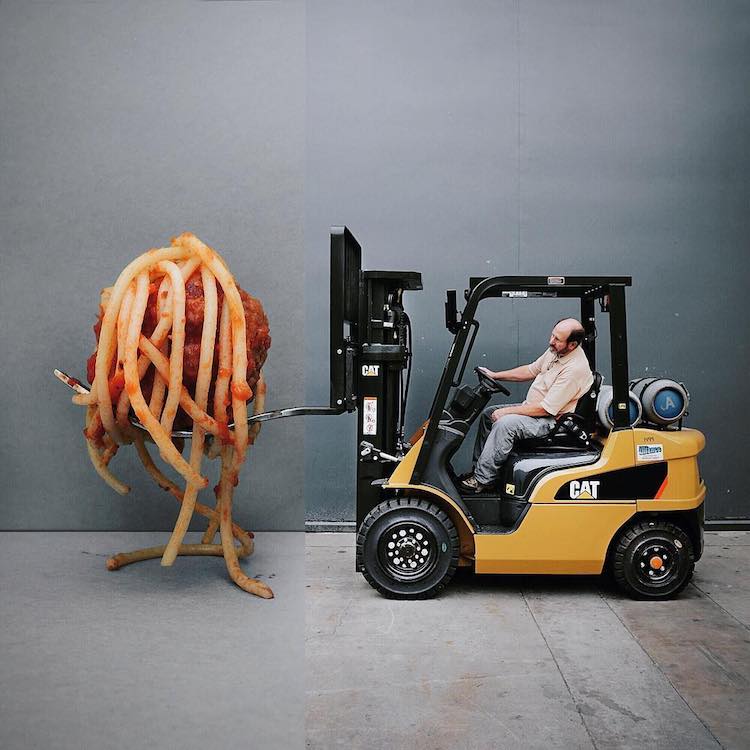 Fusing a forklift with a hearty helping of spaghetti and meatball might seem like an odd pairing—and it is. But in Stephen McMennamy’s world, the two make perfect sense. For years, the creative director has made these types of playful mashups that combine two photos into one surreal scene. Appropriately called #ComboPhotos, McMennamy will search high and low for pictures that, despite their differences, are aligned into a seamless form.

Although these combo photos look effortless, McMennamy is frank about the sometimes-arduous process. It’s all about finding those perfect images; sometimes, they come from the ComboPhotos mastermind himself, or he’ll borrow from other photographers.

Regardless of how McMennamy sources the pictures, this quest can take years. One example features a taxidermy elk whose antlers are replaced with human hands. On Instagram, McMennamy explains how it was made: “For quite a while now I've been trying to find the glass slipper of deer heads to make this shot work. Often times it came down to the perkiness of the ears, coupled with the wrong camera angle that kept this one just beyond my reach. That was until a recent trip to the Elks Lodge 725 in Kalispell, Montana, where they had a smorgasbord of antlered creatures to chose from (and a chair for me to stand on).”

This attitude is what makes #ComboPhotos so successful; McMennamy treats each fusion like a puzzle. And when they come together, it's as if they were meant to be.

For years, Stephen McMennamy has created images that combine two photos into one playfully surreal scene. He calls his ongoing project #ComboPhotos. 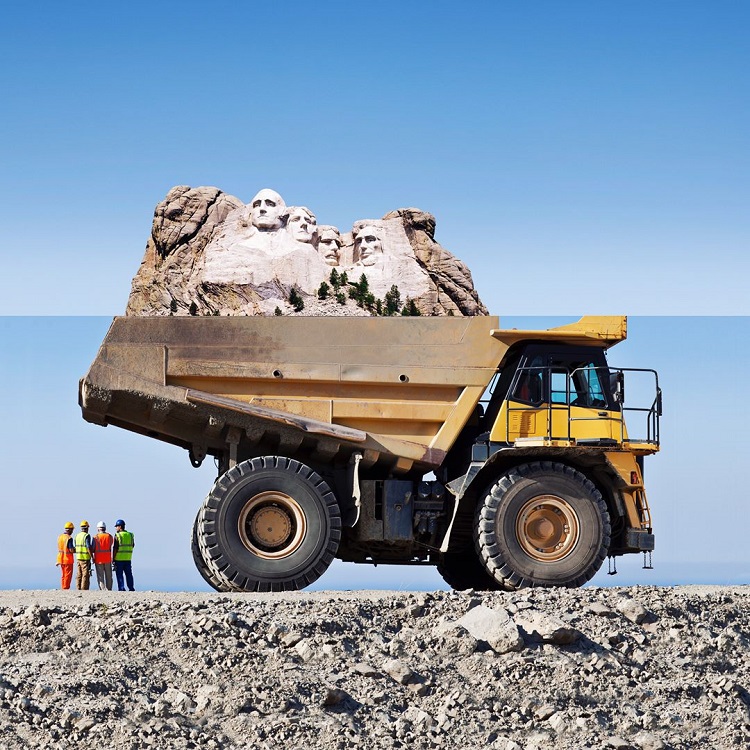 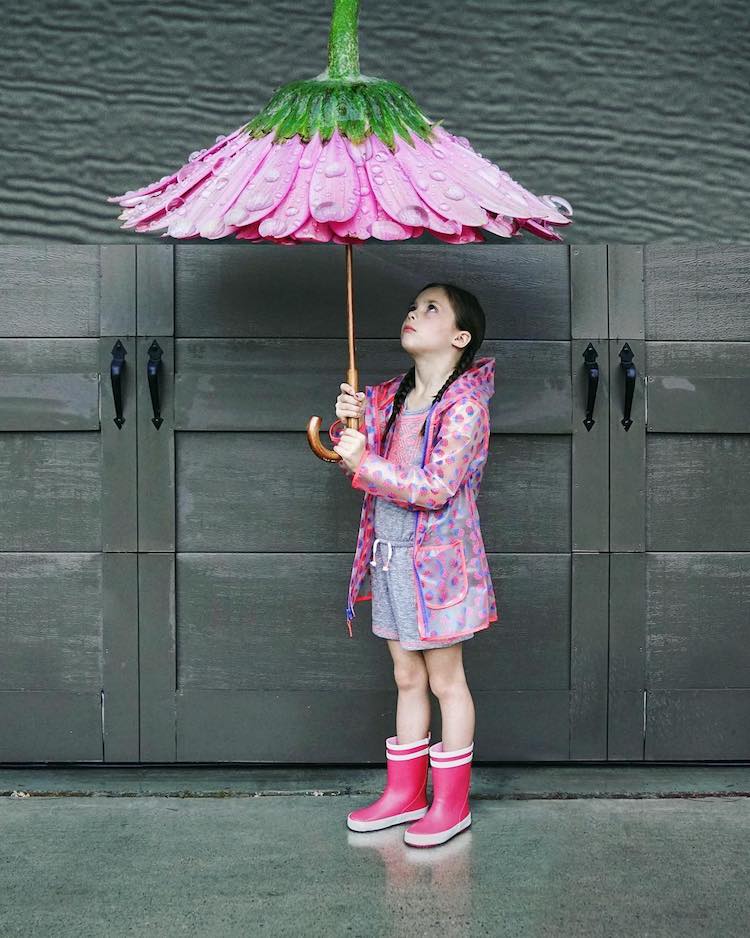 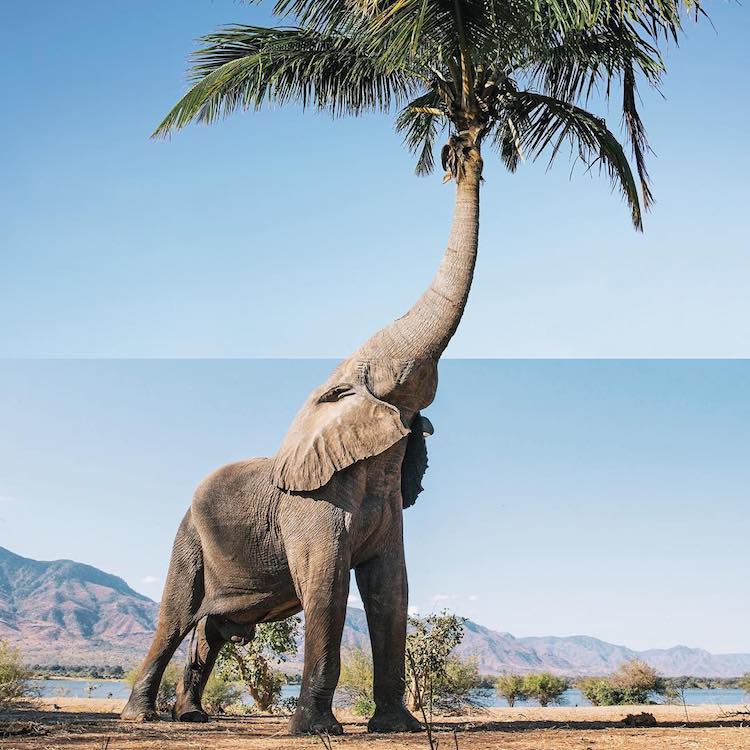 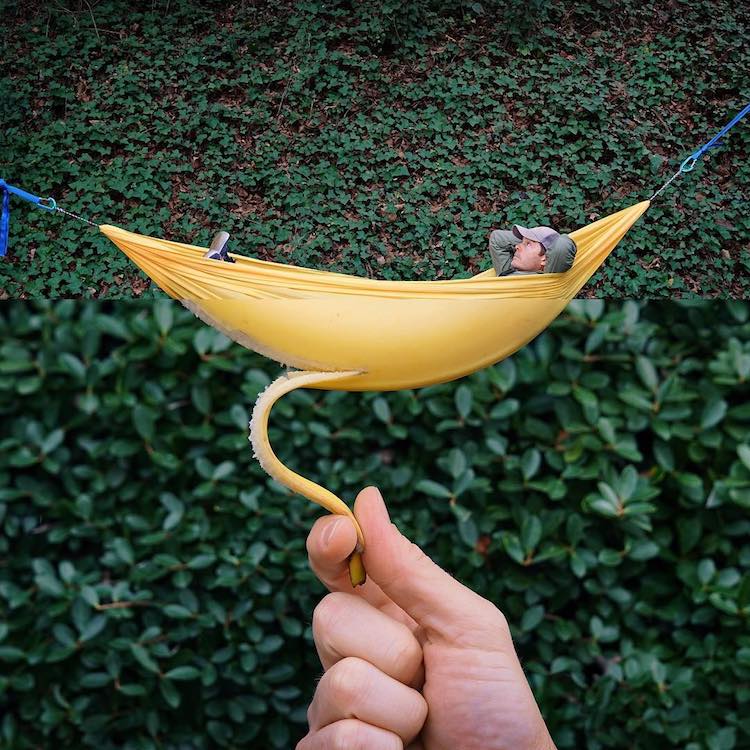 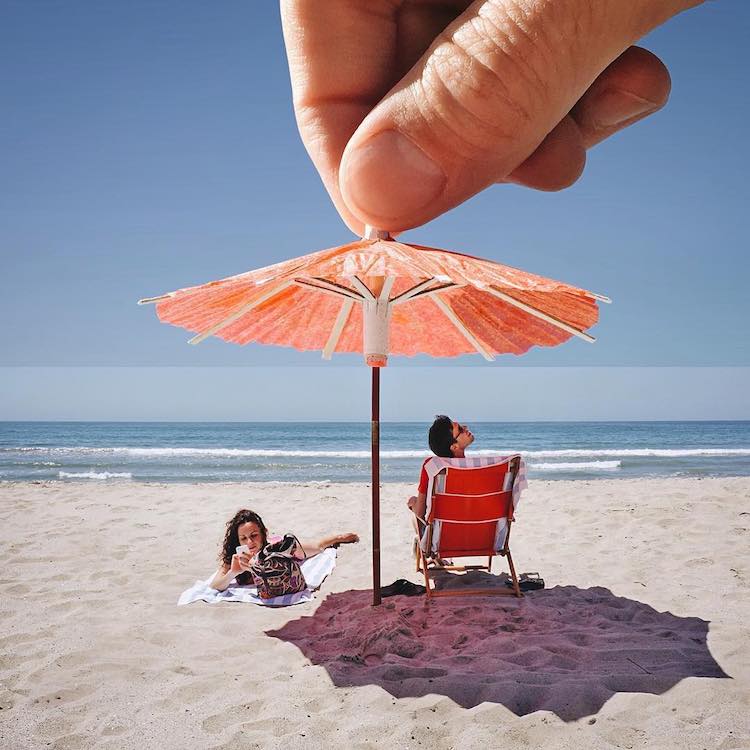 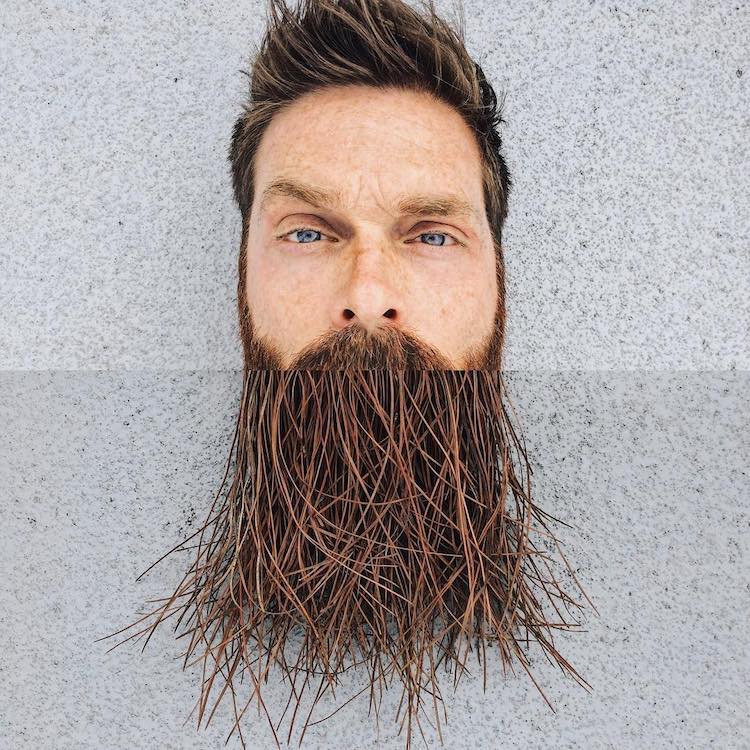 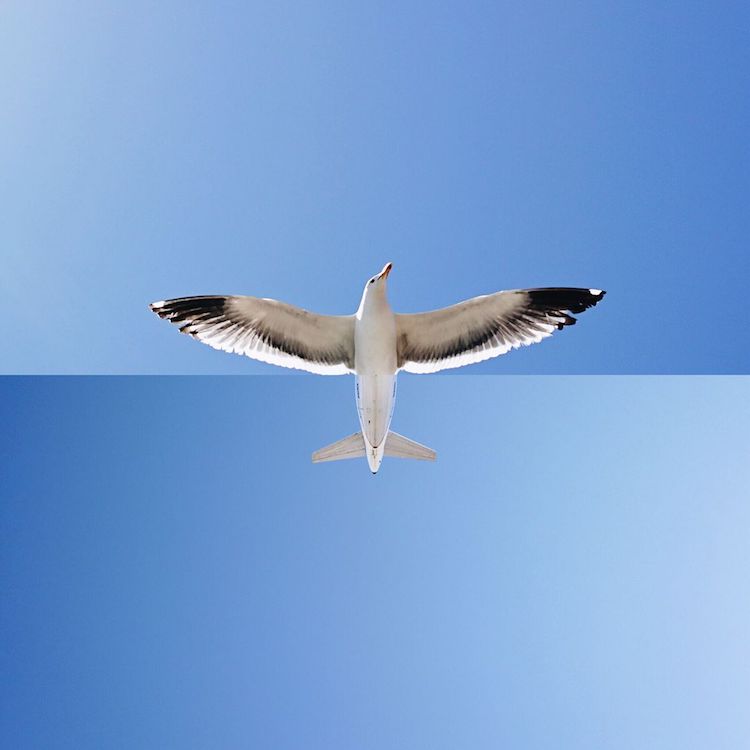 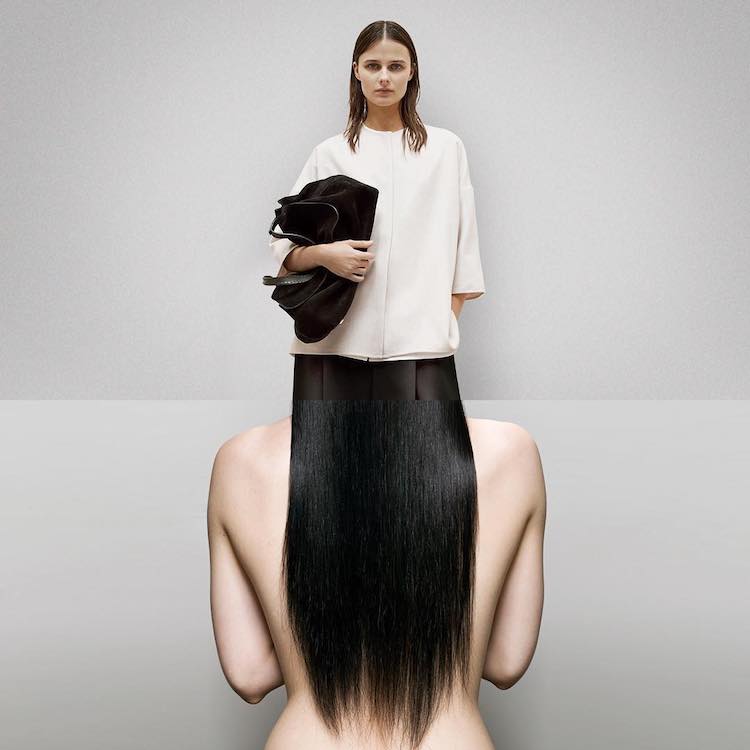 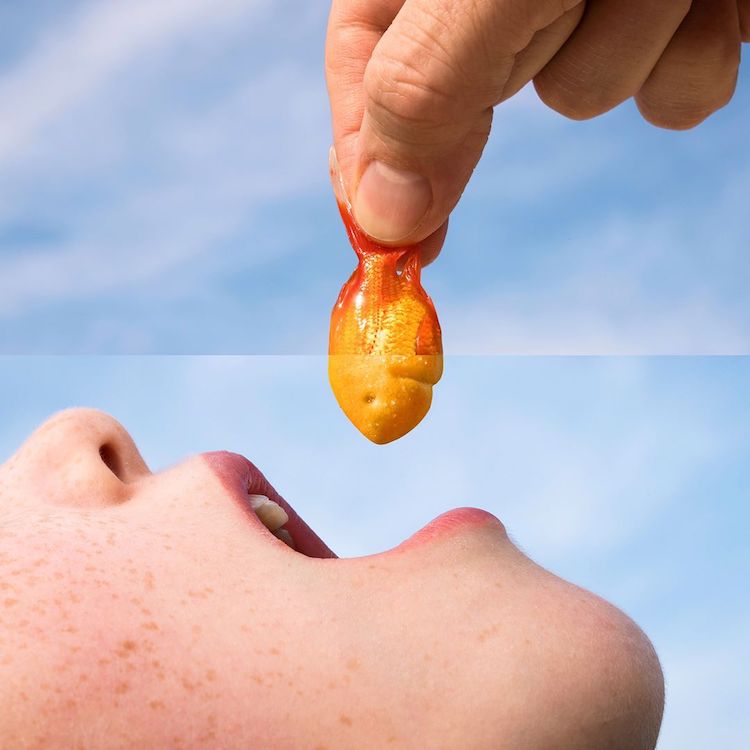 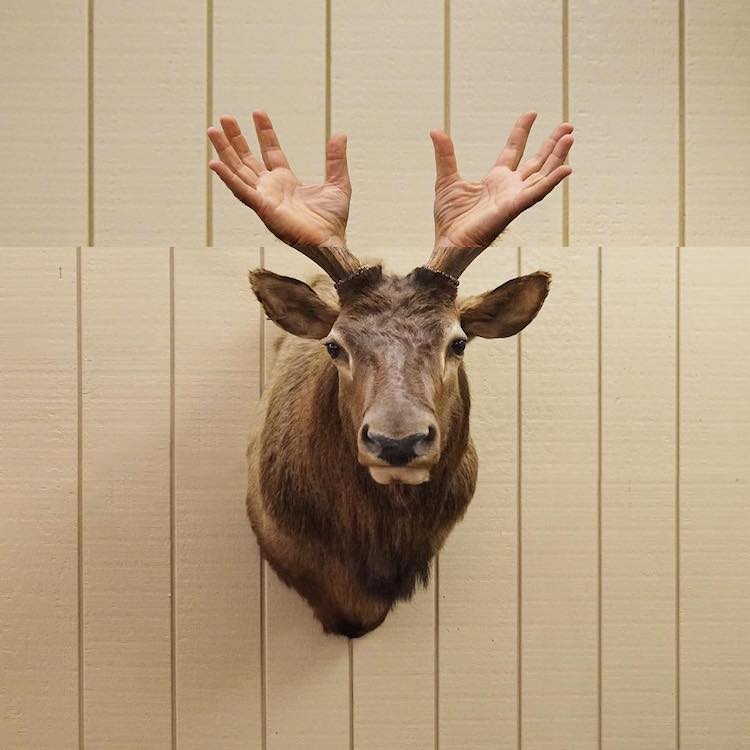 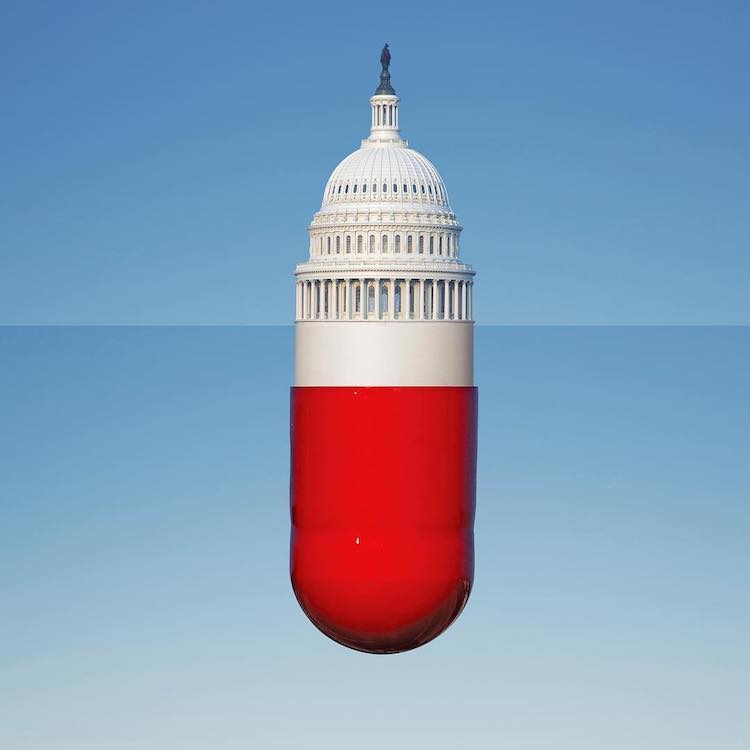 McMennamy's combo photos have evolved into combo videos like this one:

All images via Stephen McMennamy.